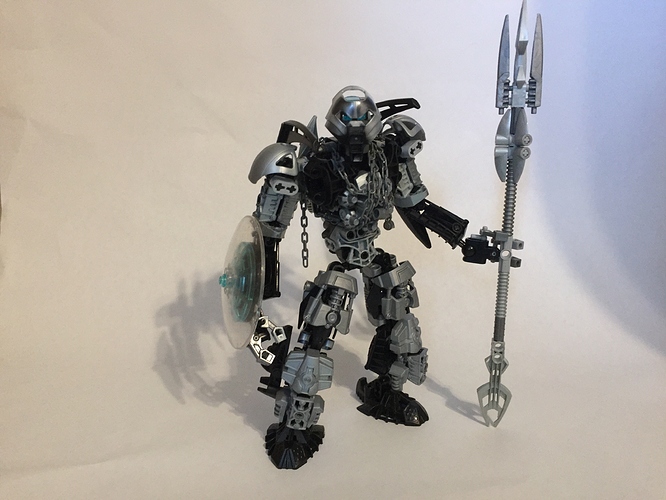 So this is my first MoC on the Message Boards, and also my first attempt at serious MoCing in general. His name is Toa Tumult, and he is my Self MoC, as the title said. He is a Toa of Sonics who wears a Huna, allowing him to move virtually unnoticed. Unlike most Toa of Sonics, who use sound as their power, Tumult prefers to mute his surroundings so he can move without detection. He carries a sonic barrier that can grow or shrink depending on how much power he channels into it. He also carries a spear that is capable of producing noise without the need of elemental energy, similarly to Kazi’s Echo Forks. 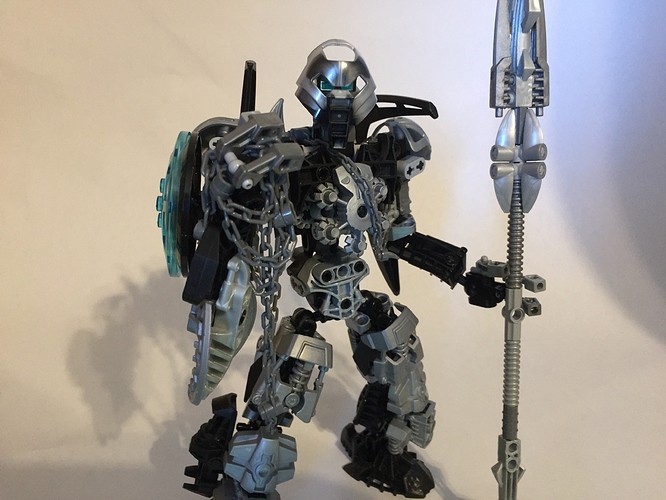 IMG_0051[1].JPG3264×2448 1.25 MB
By far, his most effective weapon is a sai, connected to a chain that he can control with expert precision. This allows him to grab enemies and bring them within point blank range of his spear or elemental powers. 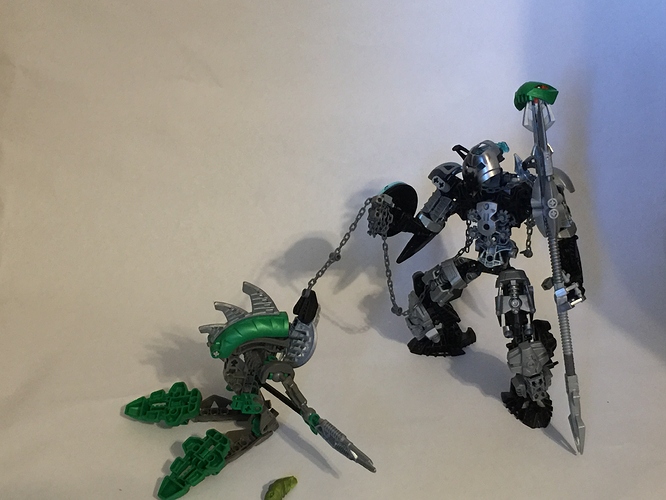 IMG_0053[1].JPG3264×2448 1.17 MB
Thanks to his ability to close range, he is a renowned Rahkshi slayer, since he can draw them into close quarters combat, where Rahkshi are weakest. He dismantles the armor, and leaves the Kraata helpless. 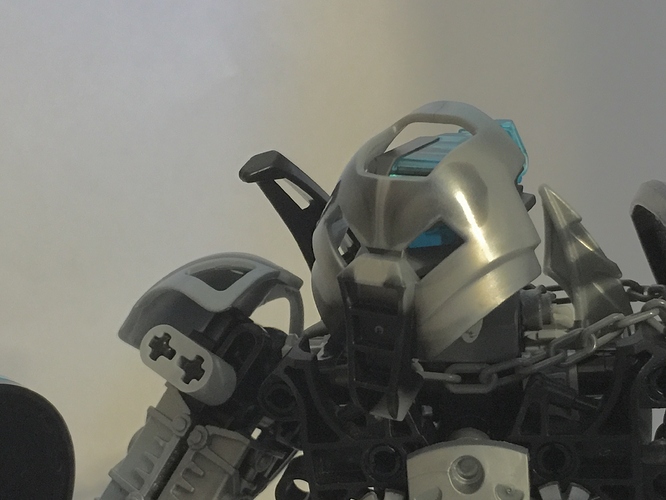 This is sweet, the weapons a really cool. I would like to see the other members of his toa team if possible.
Welcome to the boards!

Tumult prefers to mute his surroundings so he can move without detection.

If you happen to have silver/black stars feet I think they would look better than the inika ones, otherwise I think the moc looks pretty good, personally I build the hands with the T-bar on the inside and 2 clips for the thumb socket, but that’s a nitpick of personal preference.

The arms are a bit long IMO. Otherwise, pretty good.

@PeppyBricks Perhaps. Unfortunately the pictures I used made them look longer than they are. The hands reach midway down the thigh, but the elbow definitely seems a bit long. Thankfully, unlike the pictures suggest, He does not share the Inika’s gorilla arms.

@Payinku I’ll be sure to try it out! For the hand design, I mostly based it of of Hydraxon, so I’m open to suggestions!

@LTVmocs I was thinking that too. Unfortunately, I was not able to think of many great ways to incorporate more trans-blue, and I wanted to retain the “canon” color scheme of a Toa of Sonics.

A lot of moccists use a modified hydraxon hand, it was a good design, personally I use this: 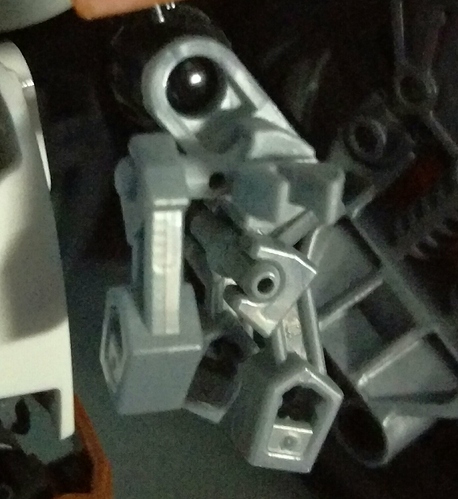 IMAG0858_1.jpg1390×1517 200 KB
Which is what I described,
It allows for the most movement and putting the T-bar on the inside allows for the fingers to wrap around weapons better, using clips rather than another T-bar looks better imo, but it also frees up those T-bars for another set of hands.
Hautaka October 9, 2017, 1:33am #11

Look here.
Another member to abduct into the Noble Huna Profile Pic Cult!