He goes by many names, The Angel of Death, The Grim Judge, The Great Executioner, but one thing the legends do agree upon is this: those who meet him never return.

Wow, it has been a while since iv’e posted a moc on here. Well, I’ve had this moc lying around since May of last year, and I’ve just never gotten around to posing him. Really the only things that have changed since then would be his upper arms, with used to be super spindly, and his weapon, with used to be a sizable black hammer (which I unfortunately lost). As far as inspiration for this guy, three things really come to mind. Firstly, I built the moc because I saw the usage of the silver 3.0 HF piece used as shoulder armor on this moc: Toa Ahiru Take 3 by @EmperorDuckie, and I figured I would try doing something like it. The two other characters I based this guy off of were Havel the Rock, form Dark Souls, and Herast’iel from Myth Journyman, both of which are seen bellow. 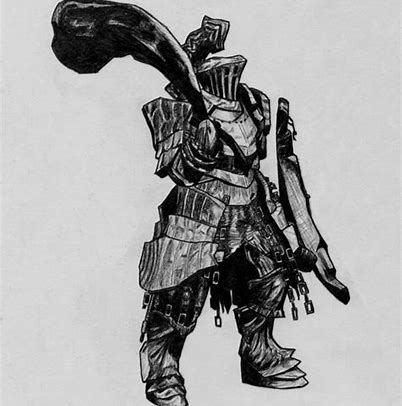 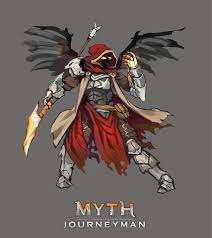 Overall I’m pretty happy with the way this guy turned out, and I especially like how the battle-skirt-thing looks, and the way the shoulder armor fits around the 2015 armor piece. The biggest problem I have with the moc is that the feet have almost no forward articulation, and can make posing annoying. As I said, the weapon was originally a hammer to give him sort of a “judge” feel, but when I lost it I decided that a double ball and chain would work, and also kind of looked like “scales of justice”, so it stayed with the whole judge theme. And for clarification, his name means “death” in Hebrew, and his black wings aren’t actually meant to let him fly, they are just there to look like burnt, ashen wings to make him look cool. I’ve rambled on for long enough, so without further ado, here is the moc. 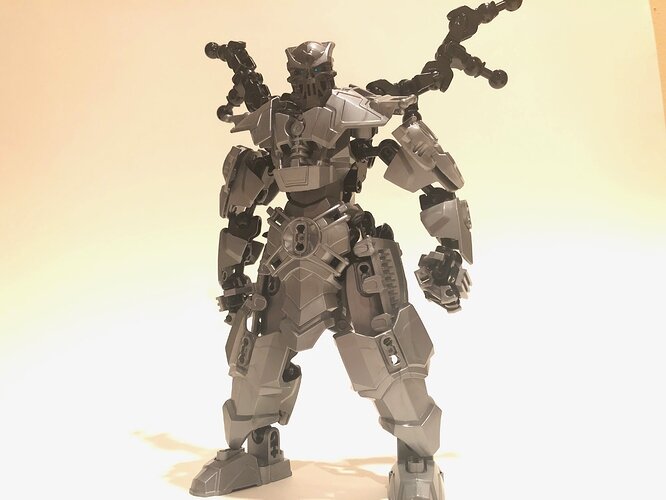 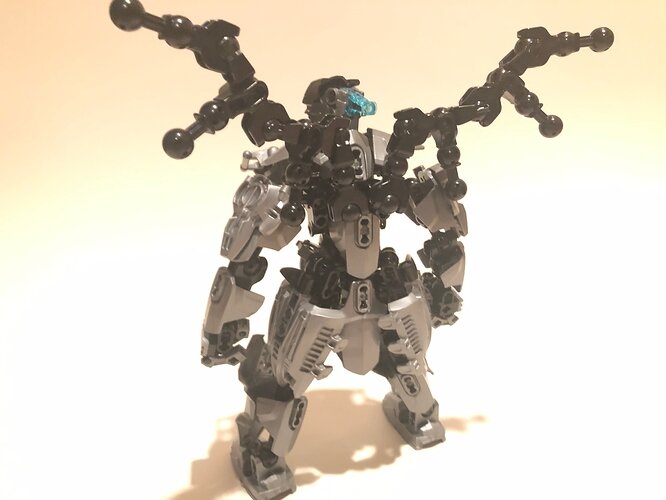 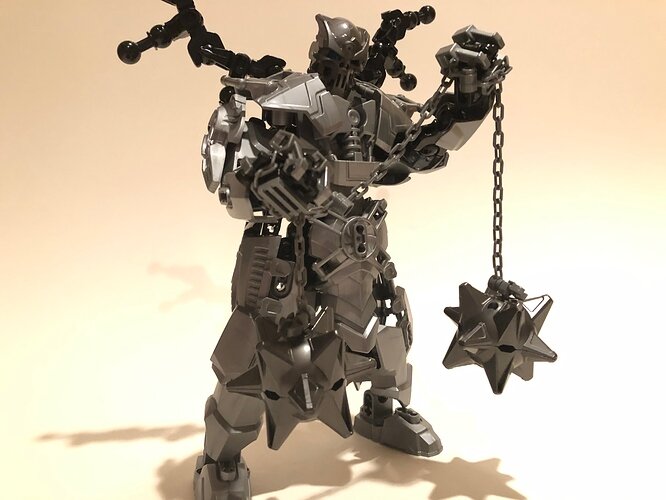 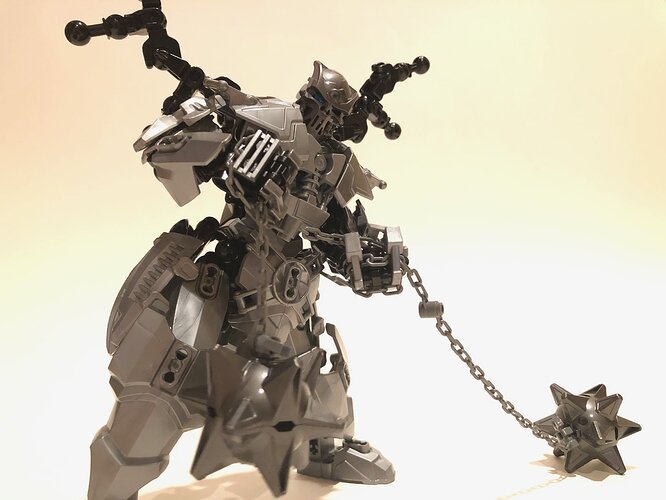 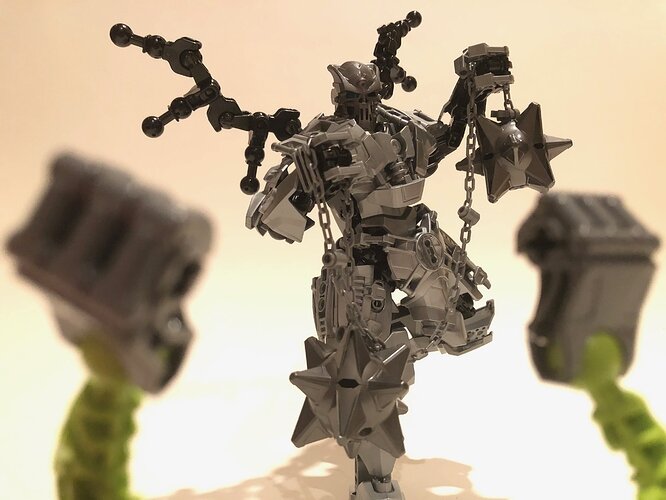 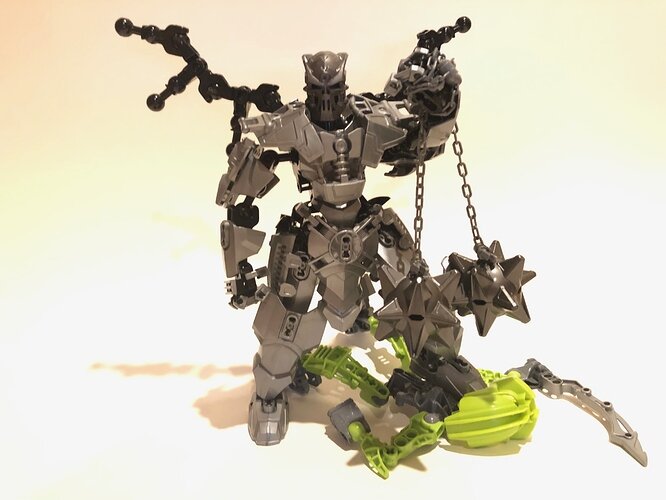 RaptorTalon did the shoulder thing first, change my mind

I dig it, can’t say in a fan of some of the anatomy/shaping choices, but for what it is, it’s pretty cool. Should definitely change the wings, though

Wait… is that shelock’s diaper skirt

If it’s the shoulder pads you’re talking about, I wouldn’t really be too bothered about ‘who did it first.’ Those parts are probably pretty common for shoulders anyway.

As for the MOC, I enjoy it for it’s simplicity. If I were to pick at areas for improvement, I’d say definitely the wings, and the gaps between the shoulders and shoulder armour. Then possible the shin armour is too smooth a choice in comparison to the rest.

Overall, not bad, I’d give it a rank but I’m yet to think of a ranking system

Looks amazing, I love the weapon.

Looks like a good MOC overall,but I think you should work on those wings a bit.

Flail is nice not sure about the wings

Yeah he did lol

I love the MOC. The tightness of the armor gives a great feel. There’s a bit of an annoying gap between the shoulder armor and the shoulders that is quite distracting, but overall it’s a solid MOC

Just wondering, but what don’t you like about the head?

It feels a bit too small … maybe use a Knights kingdom head if you have one?

And they said you can’t do greebles with ccbs.

Definitely a bulky boi, I do think the wings could be improved though. Just CCBS feels a bit lacking