Transformer New Horizons: Rebirth of The Tyrant. RP Sign up and discussion 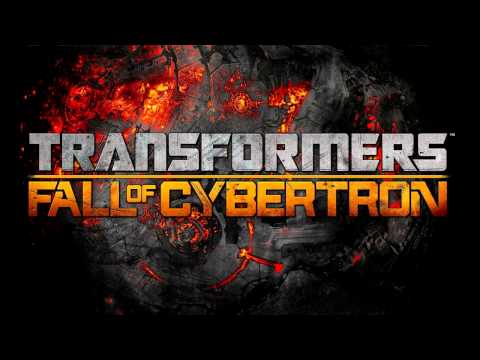 Far into the history of Cybertron, the Great War that once ravaged the galaxy is little more than a distant memory. The world is populated by Maximals and Predicons, while their Autobot and Decepticon ancestors hide away in exile, deep within the reaches of space.

A Decepticon worshiping cult of Predacons have managed to achieve the impossible. Through dark ritual, they have revived the original tyrant Megatron, bringing him from beyond the grave. The Decepticon warlord wastes little time, and quickly overpowers an unprepared Maximal military, claiming the world for himself. He sends out a message into the stars, calling for all his followers to return home, and place Cybertron firmly under Decepticon rule.

17 years pass, and Megatron’s message reaches a distant colony. A small outpost, home to refugees and escaped prisoners of an alien blood sport. Learning of the fate of their home, a young Predacon decides to do what he can to rise up and save his home. Inspiring a small band of rebels, it is up to them to return to Cybertron, and liberate it from Megatron’s tyranny.

Welcome to Rebirth of The Tyrant! An epic tale of war and revolution. A story and game I’ve spent a long time putting together, and now its finally time for it to begin.

This RP is also a sequel to my previous project, Tournament of Terror. But if you weren’t a part of that, don’t worry. I doubt its events will come up very much.

Its also worth mentioning that this story takes place in a continuity/universe of my own creation. All with its own rules and lore. It would be too much to go through everything that might be relevant to your characters, so I’ll simply take things in case by case basis, pointing out any potential discrepancies so that everything works well.

Name:
Gender:
Faction: (Maximal, Predacon, Autobot, Decepticon)
(Due to circumstances from the previous game, everyone’s gonna be on the same size scale, so autobot characters won’t tower over maximal ones, and so on)
Alt mode:
Appearance: (Visuals are preferred, but a text description is just as fine)
Weapons/Abilities:
Personality:
History:

NPCs
There will be a small number of some of my own characters who will be joining you on this adventure. They are as follows. (Credit to @decepticonaiden for all the art)

I may add some new characters as well, but I’m getting Juliana put down. If I add more, I’ll edit this post.

All things look good! I only have one little issue. That being Backbreaker’s size. I want to keep all of the player characters at roughly the same scale. Using the Vex shrinking from the last game as an excuse for why the war era and beast era bots are more or less the same size. Having Backbreaker be twice as tall as everybody else doesn’t exactly work too well. But other than that, everything is golden.

Hemorrhage can then use the harvester to beam the stored energon into his allies’ bodies, supercharging their self-repair mechanisms to heal their wounds. 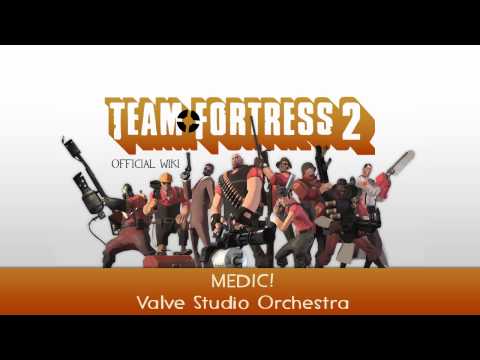 Name: “Direwolf”
Gender: Male
Faction: Rena-I mean Predacon
Alt mode: Offroad vehicle, shares a body type with siege hound
Appearance: A mostly dark blue bot, with accents of grey and red, though much of his paint job seems to be sloppily applied. Has a more canine head akin to Silverbolt. Also appears to have strange triangular insignias half heartedly covered with predacon insignia decals.
Weapons/Abilities: “W-5 Holo-Beam Refraction Blaster,” “RT-10 IR Electro-Scope Launcher,” A dedicated skill in reverse engineering technology but possess no skill, or drive to create his own.
Personality: While Direwolf gives off a air of gruff aloofness, this is merely a facade to hide the fact of him feeling like a fish out of water.
History:
“Ah yes, I am a Predacon, From the future, here to fight maximals, on E-arth. That’s what we’re doing here, right guys?”

Direwolf’s presence here is in no way suspicious. He’s always been hanging around, in the background, you remember him right? He was in that arena thing, wasn’t he? No? You don’t remember him? Well, I’m sure he was around somewhere, honest! So what if he sometimes calls maximals ‘Guardians’. So what if you’ve never actually seen him intake Energon, or even go to the med bay. So what if he even gets basic facts about history wrong? Every bot has their quirks! When the chips are on the table, Direwolf is a bot who’s ready to go, one who’s up for any challenge.

All things look good! I only have one little issue. That being Backbreaker’s size. I want to keep all of the player characters at roughly the same scale. Using the Vex shrinking from the last game as an excuse for why the war era and beast era bots are more or less the same size. Having Backbreaker be twice as tall as everybody else doesn’t exactly work too well. But other than that, everything is golden.

Alright then. Would it be better if Backbreaker was, say, seven feet tall? seven-and-a-half? I would like for him to be on the taller side, but I can understand not wanting him to be a giant.

Both of you are good to go. Approved.

Alright then. Would it be better if Backbreaker was, say, seven feet tall? seven-and-a-half? I would like for him to be on the taller side, but I can understand not wanting him to be a giant

Absolutely. While everyone should be on the same scale, that still leaves plenty of variation in height. Torchwing for example is easily comparable to Dinobot, who was a pretty big predacon in his own right.

Absolutely. While everyone should be on the same scale, that still leaves plenty of variation in height. Torchwing for example is easily comparable to Dinobot, who was a pretty big predacon in his own right.

Okay. I will edit Backbreaker’s height to be around 7’.

Also, @ajtazt, would it be alright by you and Maximus to say that Backbreaker and Hemorrhage can understand minicon-speak? Backbreaker spent a lot of time around the Railroad Team and Oddball in Tournament of Terror, and maybe spent the time after learning the language to better communicate with them; and Hemorrhage probably would’ve picked up the language during the Great War to help him treat minicon patients.

I take no issue with that, but I suppose it is Maximus’s call.

Sounds good to me

I certainly wouldn’t be opposed.

And yes, that is a Power Core Combiner, I had him as a kid.

Man, I haven’t been interested in joining an RP since 2018, but I’ve wanted to do another for ages. Luckily my character writing skills have improved since then. 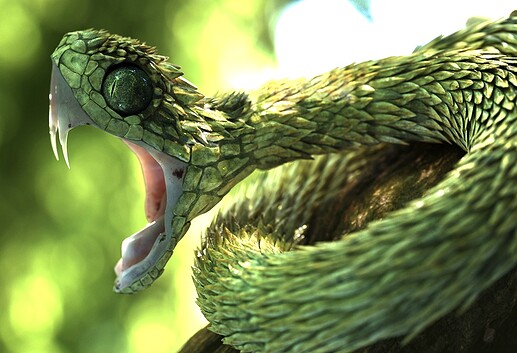 Appearance: A fairly lanky but generic looking bot, save for the bits of snake kibble all over him. Notably, the viper’s head becomes a shoulderpad and the tail hangs off his back like a Seeker nosecone. He usually carries a couple of vials with him for replenishment of his ‘venom’.

Weapons/Abilities: Although he possesses no handheld equipment, Razorbite regularly coats his beast mode’s fangs with harmful toxins for “self defence” as he claims.

Personality: A rather timid bot, Razorbite is a complete loser, who, as a result, spends most of his time cooped up alone in his laboratory, pretending he has friends. Razorbite wants to improve the Predacons’ reputation, he just doesn’t have the confidence to do so publicly. He sees himself as a really cool guy that everyone wants to be around, when in reality barely anyone even acknowledges his existence. He is, however, a rather skilled alchemist, inventing countless concoctions in his endless spare time, and constantly perfecting his venom formula until the time comes that he might actually get to use it.

History: Razorbite was created shortly after the Great War ended, and soon found himself subject to the somewhat typical resentment of Predacons. However, instead of simply dealing with the problem, he decided the most reasonable course of action was to routinely exclude himself from society, only really going out to get more Energon or other supplies he needed for his various experiments. As such, this left him with no friends and no social life. But he doesn’t care about that. Being an antisocial loser is cool.

A couple of issues.

Definitely an interesting idea for a character, but I don’t think I’d want to have a player character that directly goes against the rest of the party.

Alright, I’ve edited the profile quite significantly. Hopefully this one can be accepted.

The name. Destron is a high and honored rank in the decepticon hiarchy. Bestowed persoally by Megatron himself, they are his greatest warriors sent on suicide missions. There’s never more than one or two alive at a time. It wouldn’t be someone’s name.

News to me. I just took the name of the canon character this toy is for’s name. It’ll be changed.

I don’t think a gestalt would be good to have, for balancing reasons. If it were just the core robot with his own abilities, that might work. But as is he’ll have to be rewritten.

He’s not a proper gestalt, he’s one dude with multiple bodies, most of which are tiny, minicon in size. When combined he’s only a couple feet or so taller than the standard cybertronian. I tried to point that out in the bio but maybe I wasn’t clear enough. Essentially he’s too large standard to be easy to accommodate, but much too small and low on the strength to be useful as a gestalt.