Alright, this requires a bit of explaining. So earlier today, I got a reply on my Transformers OC request topic from @Zero saying that “a rahkshi minifigure would be cool” and I was super confused because it had nothing to do with anything anyone had said on the topic. Anyways, turned out to he posted on the wrong topic, but he said a rahkshi Transformer would be cool. That got me thinking, and now here we are, a couple hours later, and I have a concept down. Now, I do plan on making a MoC based on this sometime soon, so keep an eye out for that. For now though, let me know what you guys think. 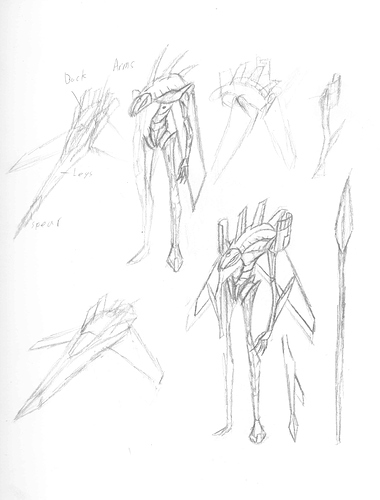 This looks great. I’m getting a real Prime Startscream vibe.