Good news is, I finally watched Pacific Rim on the plane to New York.

I am surprised and slightly confused that you’ve never seen it before, but at least you’ve seen it now.

I just never took the time to, I guess. I don’t really get movies from the library, so I really only watch movies on Netflix or Disney+, and I like to watch movies with friends so I often let them help pick what we watch. However, we’re here now, and that’s what matters. It was pretty dang cool, I gotta say

I went to a Broadway showing of Macbeth last night - it was incredible! Starring Daniel Craig and Ruth Negga, who I know from Agents of S.H.I.E.L.D.

has Daniel’s skin improved? it was lookin poor in Knives Out and I hope the guy’s alright now

Alright, so Roaster’s comment was to be more comedic than anything else, but thinking on it more now…What is the point a day/night/time cycle for this game? Time seems to move at very random and inconsistent points that it might as well not exist or be mentioned. Very problematic for anyone paying attention and tracking things, since nothing remotely lines up.

I’m trying to make the world feel more real by just having things move. I don’t believe that time is too terribly important right now outside of flavor, but I’m sorry if I’m confusing or frustrating people.

While I do think the time scale isn’t the most important thing in the world, I do think the jump to next morning is a tad much. Considering the attack was in the early morning, I’d think now would probably be late afternoon, early evening.

Then again you could easily fix all of this by saying Cyberton rotates at a significantly faster rate than earth, making for a drastically shorter day night cycle.

If it’s bothering people, I’ll rewrite my recent posts to remove mentions of morning. So it’s still the night after the attack.

I think it’s fine for now. But probably something to keep more in mind in the future.

Also I don’t want you to rewrite it because I’m writing a funny bit about it.

Conjoint would’ve had more than enough time to repair his arm before ever meeting tokamak if it’s morning now, because that means he stood in a corner for six hours trying to do the most basic step of the process.

From what I’ve seen, that seems pretty in character for Conjoint.

Since multiple people have already had their characters comment on it being morning already, I won’t retcon it. I won’t force y’all to rewrite your posts. However, I will try to be more attentive to the matter of time going forward. Thanks for bringing it to my attention.

arm transforms into a toothbrush

Conjoint: well I think there’s a tower I could jump off of around here

I’m going to give some extra clarifications for why this comes off as a problem for me. So bear with my ramblings for a moment, if you would be so kind.

There’s a general piece of writing advice that everything included in a story should be there for a reason. To push the plot forward, to reveal more details about a character, world explanations, things like that. Obviously, this is a messages boards RP and most aren’t going to be that efficient. But since you are the GM, details like time constantly moving appears more like a specific mechanic than just for flavoring.

To me, it almost seems like a Majora’s Mask situation. The characters only have so much time to figure out the villains’ plot before they strike again. And it seems like we’re not doing that, so we’re wasting and losing time, the moon draws ever closer. Maybe there are time sensitive elements, but it doesn’t feel like it’s there to make the world real as it is to try and serve a larger purpose.

For similar reasons, it quickly started to feel less like a countdown indicator and more of a player movement mechanism. Players are wasting time or not doing what they should be, time is going to move forward to try and push them in the needed places. Though none of the time changes have been related to events or really encouraging people to do anything, so it comes off as arbitrary.

Though for the purposes of making the world feel more real…why use time? I’m guessing time was chosen as an easy shorthand, but that’s more problematic than it is a quick solution. Daylight/time is moving too quickly, makes it seem like absolutely nothing is happening and most of the world is frozen. Frozen in terms of events or activities, because people, critters, etc. aren’t doing anything, only time is moving. Aside from the unusual speed, time is a very abstract concept to try and use to make a world seem real. It’s useful for setting a scene, but a day/night cycle by its lonesome does not create a feeling of reality.

Additionally, most have an sense of time for how long things will take. Hence Ghid’s statement about Conjoint’s repairs. But even if the absurd amount of repair time works for Conjoint’s character, the same reasoning doesn’t quite work for how a few sentences between characters not traveling or moving took out hours of their lives.

Not to mention other problems previous discussed, such as the surgery time and the like. If time is vague or not specified, we don’t have to worry too much about syncing time. But if our characters are allowed to go anywhere and do anything, with variable amounts of time depending on the thing, there’s always going to be a desync. They aren’t one party, at least not yet, so moving them forward and backwards through time isn’t great. I realize part of this is due to varying levels of player activity, but it would be less of an issue if time wasn’t moving arbitrarily forward for everyone, regardless of when and where they are.

most have an sense of time for how long things will take.

less a sense and more a requirement in my character signup

But since you are the GM, details like time constantly moving appears more like a specific mechanic than just for flavoring.

I don’t mean for time to be a mechanic- at least not right now. I truly am only trying to flavor the world, but if that’s not the vibe I’m giving off, and it’s confusing/upsetting people, then I sincerely apologize. There’s no countdown, and I’m not trying to use time to move the PCs around. If people feel like time’s moving too fast, I’ll keep that in mind and slow things down from now on.

Once y’all’s characters start sticking together, time is most likely gonna start feeling more consistent. But until then, I’ll try to keep things more vague to avoid any more temporal headaches. 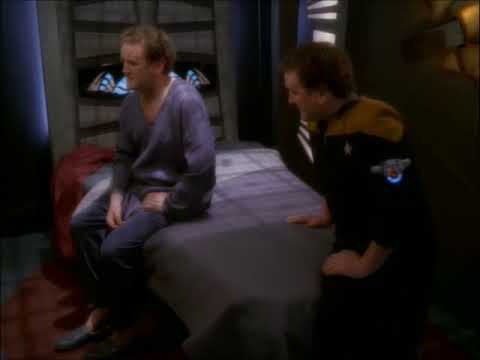