I’m still trying to focus on schoolwork and finals are coming up at the end of the month. Sorry for my continued absence from this RP.

It’s cool. As always, life comes first, especially in a time like this.

Thanks. If you wouldn’t mind continuing to control my characters in the meantime, I’d be immeasurably grateful.

@ProfSrlojohn When I bring back Blight (because I most likely will), would you like to pick up where we left off?

Sure. Though i assume not literally the same places they were standing.

This may seem weird, but I honestly kinda want to retire or kill off Laslow.

Anyone got any ideas on how to do that?

[details= The Omega Lock]The Omega Lock was built by the Solus Prime and the Knights of Cybertron on a far-away planet over a hundred million years ago. Using four different varieties of Cybermatter- the mysterious substance the Knights used to cyberform planets for colonization- the machine could harness the powers of the Allspark itself to perform miraculous feats. Solus built the Omega Lock with the intention of uplifting cybertronian kind, but when war broke out between the Thirteen and their followers, she realized that some would seek to use its awesome power as a weapon of unparalleled destructive capabilities. Solus wouldn’t have that, and so she and Optimus Prime split the Omega Lock into five pieces. Four of these were taken into uncharted space and hidden away, while the fifth was taken back to Cybertron and placed in a vault inside the Sea of Rust, containing a map within its datatracks leading another piece. With luck, anyone who found the map and managed to bring all five components of the Omega Lock back together again would do so in pursuit of a selfless and noble end.

Recovering the five pieces of the Omega Lock is objective of our heroes aboard Salvation; the machine’s power is the only thing that can restore the Allspark and save the race of Transformers from extinction. Bludgeon, a Decepticon warlord, also covets the Lock- with it, he can usurp Megatron as the Decepticon emperor, and remake Cybertron to his deranged designs. He and his legions of treacherous New Decepticons must not be allowed to have it. 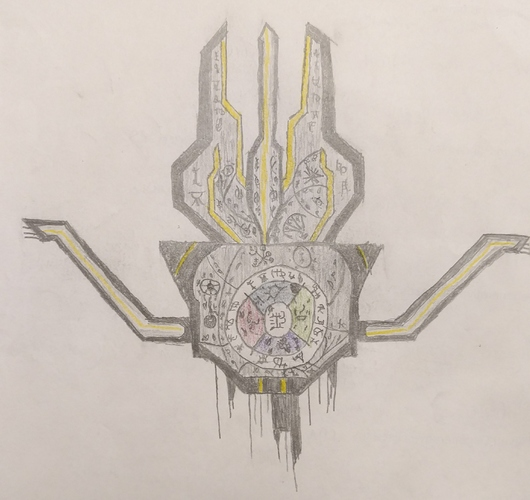 Credit to yours truly.
[/details]

[details=The Green Omega Key]Recently acquired by our heroes on the planet designated OL-2006-2-C, the Green Omega Key is the next piece of the Omega Lock to fall into their hands, hidden by the Knights of Cybertron ages ago to prevent evil-doers from claiming its godly power. It is almost identical in appearance to the Blue Omega Key, though one notable difference between the two would be the different cyberglyphic inscriptions on the Green Key’s surface. They appear to be a continuation of the Blue Key’s cut-off saying, reading like so:

-and thwart the forces of chaos and evil-

The syntax of the glyphs indicate that the saying is still incomplete, and it is likely that the rest of the Omega Lock’s components will have the rest of it.

Like the Blue Key, the Green Omega Key can activate dormant ancient cybertronian technology, and produces a variety of cybermatter which induces spontaneous growth of techno-organic flora. These plants can be harvested to produce toxins and cyber-venoms, or can be used to ensnare enemies. The Green Key also contains another “echo” AI, this one of another Cybertronian Knight named Hyperborea, who also worked with Solus Prime on the Omega Lock with Atlantis. 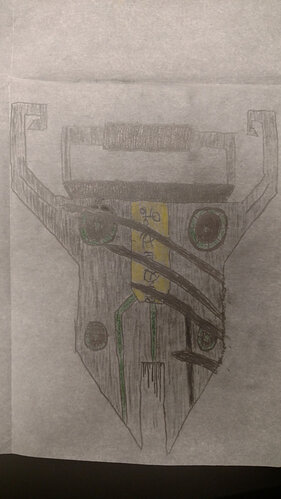 This may seem weird, but I honestly kinda want to retire or kill off Laslow.

Anyone got any ideas on how to do that?

You could make it so that Laslow died/dies in the battle.

For context sake, this is what I have in mind for the mass driver cannons Fortress has.

Obviously it’s way, way, waaaaay smaller. But a similar concept. Magnetically propelled projectiles, hurled with astonishing speed and accuracy. Intended purely for anti aircraft, firing one at closer ranges, (like what just did) could potentially be very dangerous.

Trying to aim these things without the targeting visor is a pipe dream to say the least.

And there’s also a significant cool down period between firings.

I figured that was what you were going for.

Alright. Just wanted to be safe.

Credit to yours truly.

Credit to me, myself, and I.

This is some Undertale level of flavor text, and it’s amazing.

Though I might be thinking that largely because I’ve been playing Undertale a lot recently, but hey who really knows?

Alright, now that you guys have the Green Key, there’s gonna be a quick fight with some predacons, followed by some time to give y’all’s characters some loot, then that’ll be about it for this planet.

For clarification, Llun wants to use the generator of the Nemesis to blow it up and more less self-destruct

I figured that was Llun’s plan, and I’ll warn you that he doesn’t have much of a chance of pulling that off.

tbh my biggest worry would be escaping it before it blows up. The radar should be useful enough to make him wary of the enemies around him.

Fortress forces Predaking’s head down before he could fire.

Uh, no. You have to react to the attack as it happens, not try and retcon it.

Hope I didn’t miss anything, was quite busy with my schedule. Since I have quarantine and I have a homework plan, I gotta keep that in check plus I had other stuff down the line. Apology for inactivty.

also Me: doesn’t know where anything is, helps a big bot

also also also ME: wants to blow up big ship

also also also ALSO ME: too suicidal to blow up big ship

Me: sadness because wanted fireworks[/spoiler]

Well… That could have gone better. 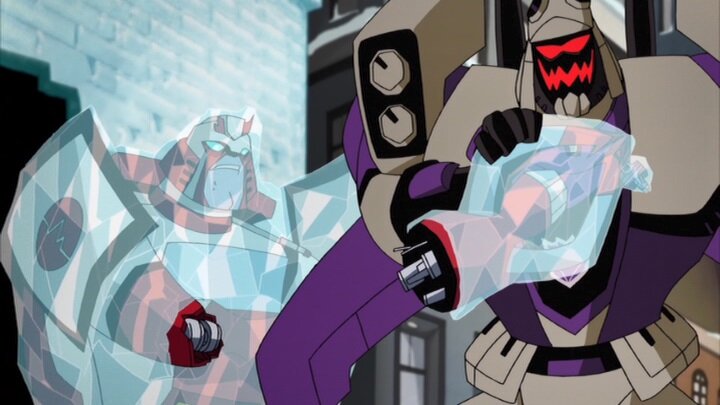