That’s a great improvement on the thighs!

I personally find adding Exo force robot arms like this a bit too flimsy of a connection, but I cannot deny that they really round off the upper legs here.

It’s also unfortunate that this 2L axle connector doesn’t come in dark blue. I think that’d be the little bit that’d really make it perfect in appearance. Alas, it’s not to be…
Hm… have you looked into making one of the sockets in the upper legs dark blue? I think that extra bit of colour could work.

Thanks again for your input, but I’ll stop my revision here.

First, about Robot-arm, when I actually build it, this part hardly works.
As you can see from the picture, I have no illegal connections, but they mesh well with each other like a circle of wisdom, so that they do not easily change their position or fall off even if they receive a shock.

And about sockets, I intentionally made them black and gunmetal as well.
When I added the robot arm, I designed it as a “small armor or accoutrement worn on the waist” (which is why the socket at the base is the same gunmetal as the robot arm).
I also reviewed the color scheme when I revised it and decided that the dark blue behind her thighs was itself a mistake in the very first design.
Therefore, I chose to keep the thighs in black and a slight gunmetal to tighten up the overall impression.

I can’t agree more to you, but still your very useful advice was definitely very helpful in improving the MOC!!

I am extremely grateful to you, so much so that I even hesitate to write a word that could be interpreted as a rejection of your opinion.

Thank you so much!!!

Great job and absolutely fabulous weapon design. Also love the pictures, especially the one at the collisieum with the other Toa Mangai. Great impression of their prime time! I must admit that I do feel like the upper legs are a bit too thick and I’m also not sure how I feel about the thing in the vacuum shield but other than that: great job. Excellent color scheme as well: I think Dark Blue and Pearl Dark Gray are the way to go for Tuyet! Nice feet and arms too!

I’ve already corrected her about her thighs (see my reply to Gilahu).

However, please forgive me if I am still missing something. The reason her thighs are a bit thicker than the others is clearly intended to make her look a bit more powerful as someone who wields a barbed broadsword, a powerful and aggressive weapon!(but it was still too thick, so I followed Gilahu’s advice and fixed)

And about the vacuum shield, I had always been concerned about the fact that it did not protect the center of the chest, which is the most critical part of the armor, so I designed it this time to fill that gap.
(However, since I explicitly added heartlight, it is possible that the defensive performance itself is not much improved, but this is a looks topic

Absolutely amazing, a bit to heavy on the details but i like it. I REALLY like the sword too

The sword is one of my favorite points on this MOC!

Wow! Nailed it!! Great job with the sword too!

Awesome MOC! I would vote for this Tuyet in a heartbeat!

I’m so glad your voting in the future!!!

This is shockingly close to how I’ve always imagined Tuyet! You really nailed her vibe. Usually I don’t love the Lehvak-Kal shield as armor on a Metru torso, but the way you filled it out with the heartlight design looks fantastic. And that sword!! Never would have thought to use the thornax parts like that. That thing is fresh.

The contest may still be a ways off, but I feel like this is already the one to beat!

You’ve done it again my man. This is seriously impressive, well done! I absolutely love the shoulder design both front and back with the barnacles, and the sword is awesome too. You’ve got my vote, I think, for the contest. I think if I were to build this though, I’d leave out the trans-orange studs, and probably the slizer feet in the nape and in the bottom of the torso. Just my opinion though! Great design!

I’m so glad you support this!

I’m grateful to your vote in future!

ADD 2:
I modified Tuyet’s thighs the other day, but i felt something strange.
So I went back and reviewed the image… 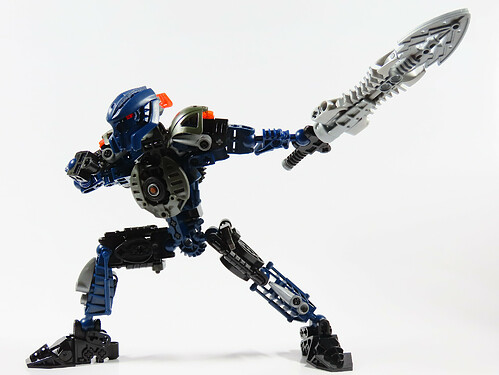 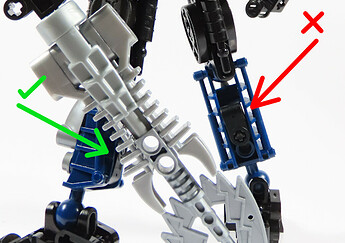 I had mistakenly connected the piece that holds the armor on her shins to one leg in the opposite direction.

This had destroyed the silhouette of her calf. 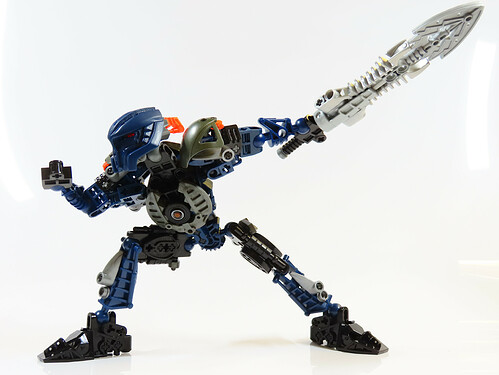 THIS IS THE CORRECT!

First off going to say your builds never cease to impress. While these canonization contests have re-sparked my interest in Bionicle, seeing your mocs is what has really been inspiring me.
This design is such an excellent interpretation of the Tuyet character; the colors and parts are very well chosen, and come together to make a very proud yet ominous warrior. The cohesion between the textures you used is also very nice visually.
As everyone else has said, you absolutely knocked her sword out of the park. Absolutely love that it it built-up, and the part usage of the thornax launcher to add the spikes and shaping with the indent is a stroke of genius.
One thing in particular I would like to voice is my disappointment that you felt pressured by commenters to alter her thigh build. On first glance it appeared that they were thicker just to reinforce the build using the 92907 connectors (which add fantastic texture), but looking back the thickness of the thighs worked amazingly well with your build. The thickness adds to her look by not only giving her a more feminine look and making her seem more built to handle heavy weaponry, it looks very natural from the side, seemingly connecting more naturally to her pelvis rather than sticking off a ball joint. 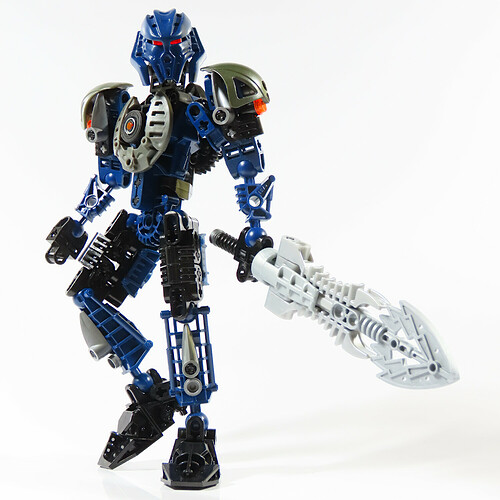 T051500×1500 336 KB
I think this image best captures what I’m talking about. It looks very natural and human-like, especially for a Bionicle build. It makes me wish more characters had back-built thighs like this. The splash of blue on the back is also a very nice choice.
If you’re happier with the new thigh design then that’s totally your choice, but I would definitely ask you reconsider for the contest; I think you struck gold with your original iteration. Either way, can’t wait to see this in the next contest - you have my vote for sure!
4 Likes
Bukkey September 16, 2021, 2:18pm #38

I am so grateful that you like Original structure!

And you’re probably of the same opinion as I am - that women don’t necessarily have a thin body shape.
And since she is a female warrior, she should have thick thigh muscles that are heavily used in battle.

However, I actually like the current structure.
As I wrote in the Varian MOC, I sometimes certainly require a certain level of stability in the thighs of a woman warrior.
However, it needs to be “thinner towards the knees”, otherwise it would spoil the balance of beauty. 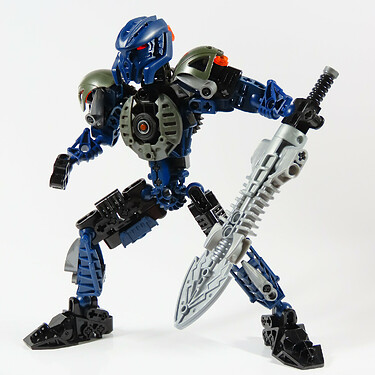 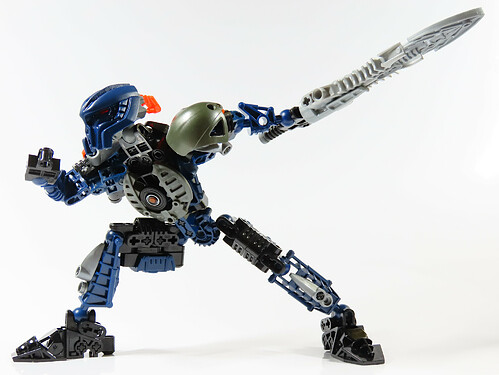 In this sense, I was convinced that it was natural that several people had the impression that the thighs were too thick in this early Tuyet.
(Actually, I had received similar comments from several people on sites other than TTV, so I decided that this was an opinion that should be listened to properly.)

As those of you who have been following my replies probably know, I almost always go through as much trial and error as I can when I publish an MOC.
This is why I ask for a lot of advice and such, and don’t often actually adopt it.
On the other hand, if I agree with the opinion, I will not hesitate to change the design, even if it took me a long time to sketch it out.

However, as a result of your opinion, I noticed that don’t think I took very good pictures in the new Tuyet. This is a serious problem and could be a betrayal to those who loved the first version.
So, here are the new photos I took!
I hope this will help you understand that I have achieved “warriorly-strong and feminine-supple” thighs in this new Tuyet!

(For you, I intentionally took a new photo with the same angle. You should be able to see that the connection between the pelvis and thigh silhouette is not lost!) 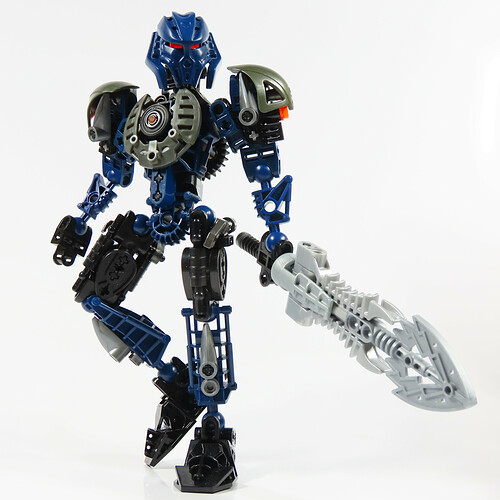 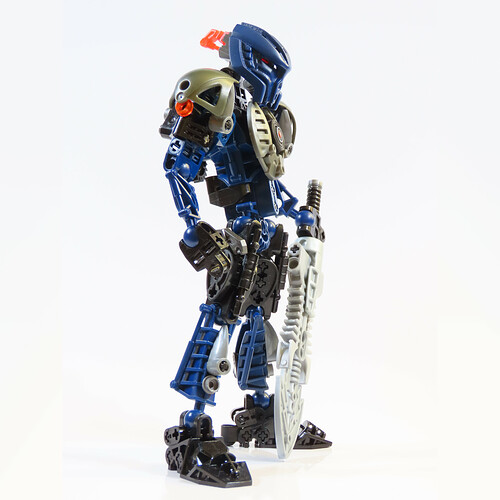 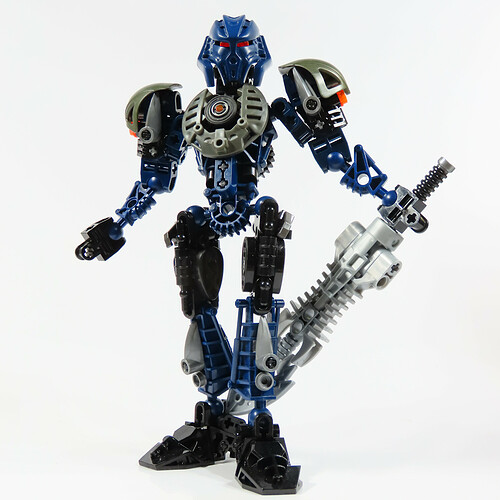 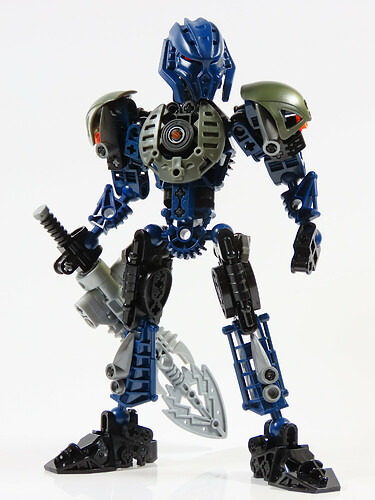 And I made a short video for showing a detail of the MOC! 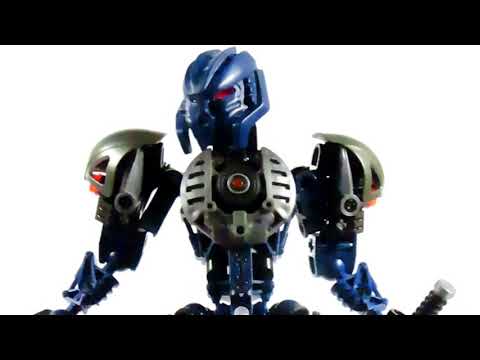 I’ve said it before and I’ll say it again:
Your Tuyet is awesome.

Your comments are an encouragement to my MOCing!