So; First post on the boards for me, haha. Hello everyone, I am Quiroh (pronounced K-ai-row), and for DuckBrick’s Tuyet Fanon Contest, here is my entry.

Tuyet, the disgraced Toa of Water. Her Kanohi gives her the power to change the density of her form, to move through objects with ease. Her sharp Broad Sword, forged with barbs along the sides, made so that removing it from victims even more excruciating than stabbing them. Her stone, containing the power to defeat countless toa heroes. All the lights and sounds in Metru Nui go silent as she treads the empty roads, in search of lonely matoran. If you are unlucky enough to encounter this tyrant, pray to Mata Nui that this unmerciful, twisted water maiden shan’t send you drowning to the depths of the sea, never to be washed up to shore by the tide.

My rendition has been created with the purpose of being visually appealing as the character it interprets while being equally simplistic so construction isn’t as complex and more entertaining. Some parts may need to be painted for limited stock reasons, though (i.e. the chestplate, sword and or substitute mask.) As for the mask, the substitute for it is either the classic pakari, the mistika pakari, or the mask of water. (g2 ver, requires head modification) 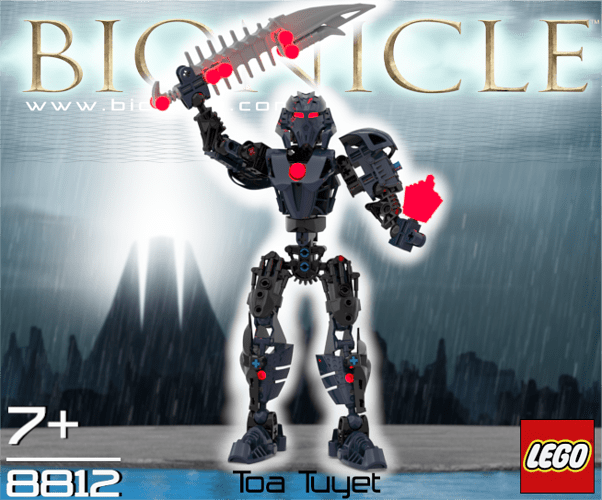 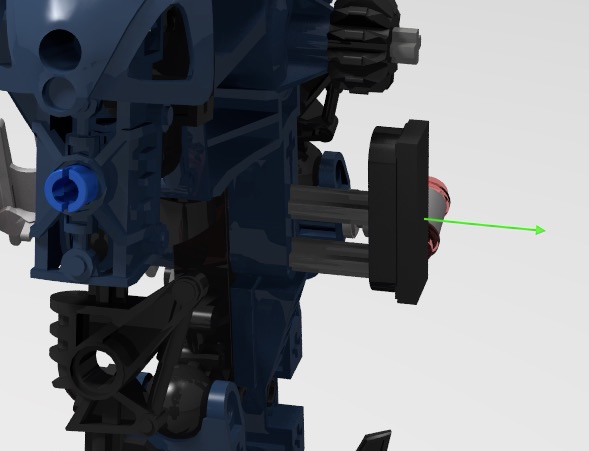 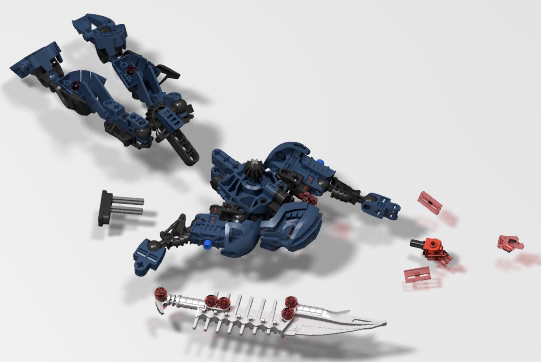 I will post more images later like a breakdown, just want to get this in before the deadline, I will update this soon, at the latest next weekend. Also in the scenario that I win I guarantee that I will develop a full instruction manual for this Tuyet stylized to look like the instructions from 8811 Lhikan and Kikanalo.

Edit: I just realized that there is one part modification required, cutting one of the 3l axles with a stud connected to the function down by half an axle. There is probably some way to work around this, but just so y’all know

Thanks! Kinda what I was going for, so that she doesn’t stick out like a sore thumb compared to Lhikan or the Metru.

1000 claps to you for the split torso design

haha, thanks. It’s a feature I felt deserved inclusion in the model

Almost everybody just tears their Tuyet entry in two for the haha funni toa empire universe shot, but you actually included it as a function, so you get points for that.

Hi! Hope you are doing well!

Just wanted to contact you regarding your submission for the DuckBricks fanon contest - unfortunately, the link for the breakdown file has been set to private, and we cannot access it.

If it would be possible to fix that sometime within the next few days (before May 16) that would be fantastic. Otherwise, unfortunately the entry would be disqualified due to a lack of this file. Thank you so much for understanding and please don’t hesitate to reach out with any more questions!

It looks great! Best of luck

ah a new member!
Welcome to the boards!