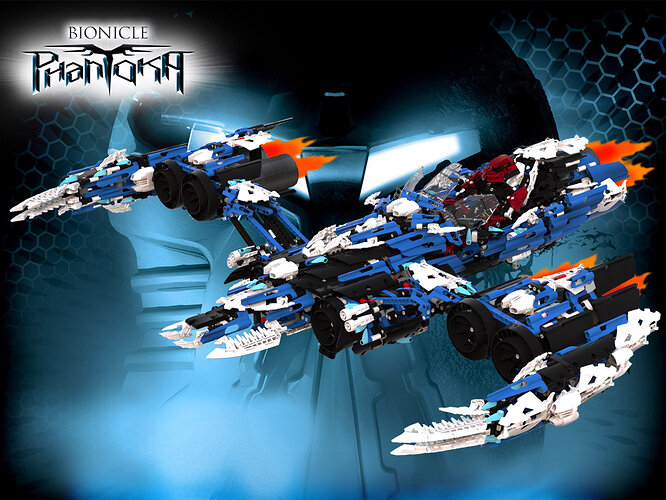 So here we have the next in the T series, the Jetrax T6, I got really pumped up by the Rockoh T6, so I decided to continue with the upgrade series and went straight into the Jetrax. It took a long time and the final product itself is not perfect and may warrant an update eventually but until then…

Let’s get into the build! Here is the upgraded Jetrax: 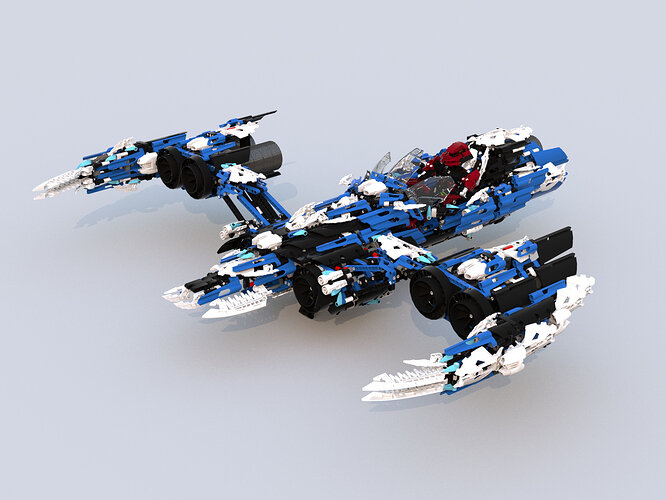 So we all know the Rockoh was a jetbike type vehicle, but what about this thing? I couldn’t find any real-life vehicles to base it on and likened it more to a Podracer from Starwars. I started the build with the massive gearbox that drives the movement of the side pods outwards, from there I did the pods, back thrusters and then the main body. Whilst they are capable of moving, there are a few things you guys should know about the function: 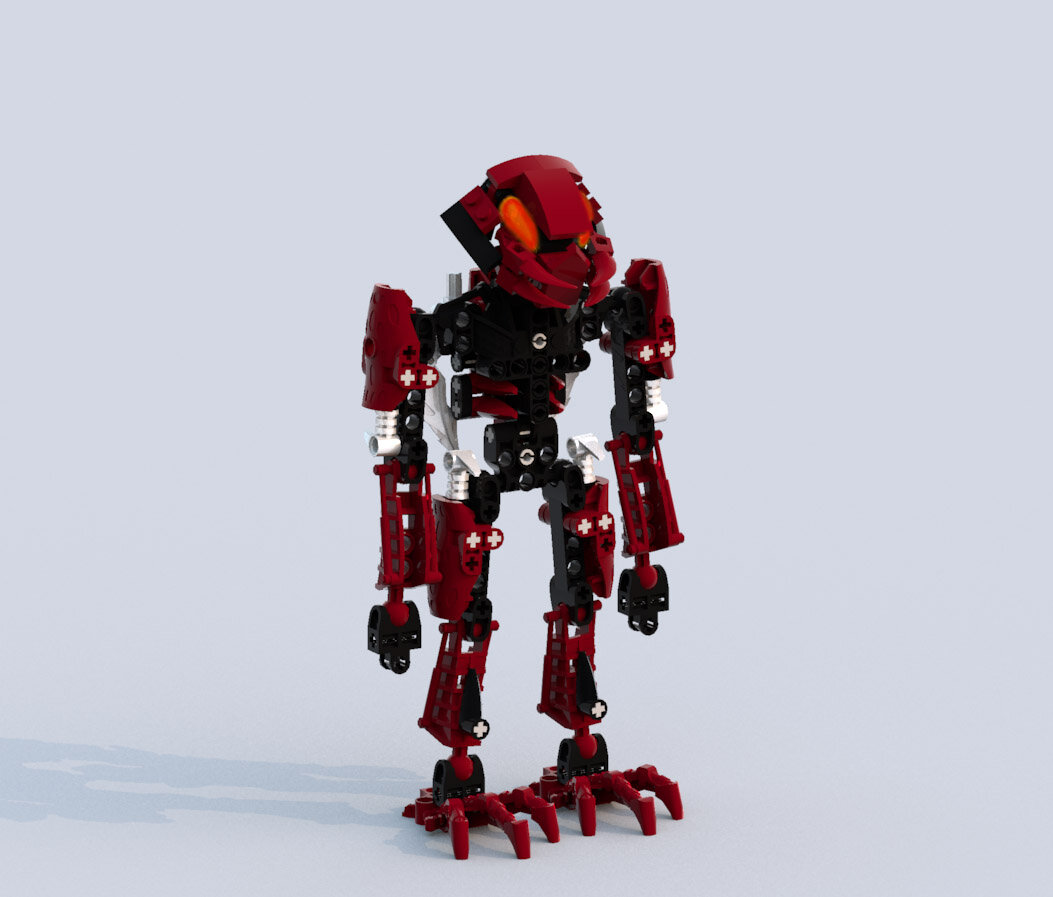 A lot has changed with Antroz, you may see that his mask is more akin to his non-vehicle form. This is because I personally dislike his vehicle-form mask and couldn’t design it in LDD, so here we see a sort of fusion-form of Antroz. His armour is limited as per LDD designs to the Barraki armour but I like the Bohrok eyes in his lower chest (This design was done based on the Makuta silver launching piece). The blades on his back are meant to look like his wings, as if they were compressed so he could fit to the vehicle.

Now, the part you guys have skimmed the above texts for… 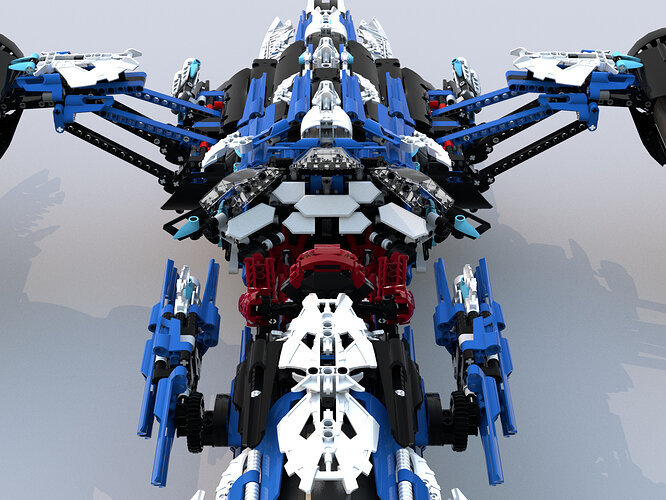 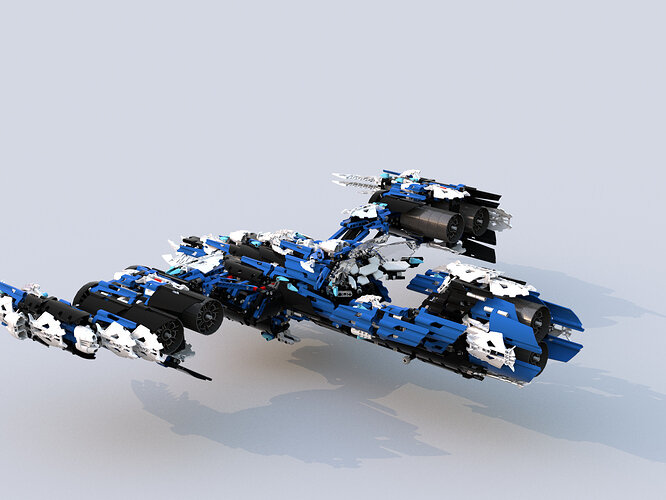 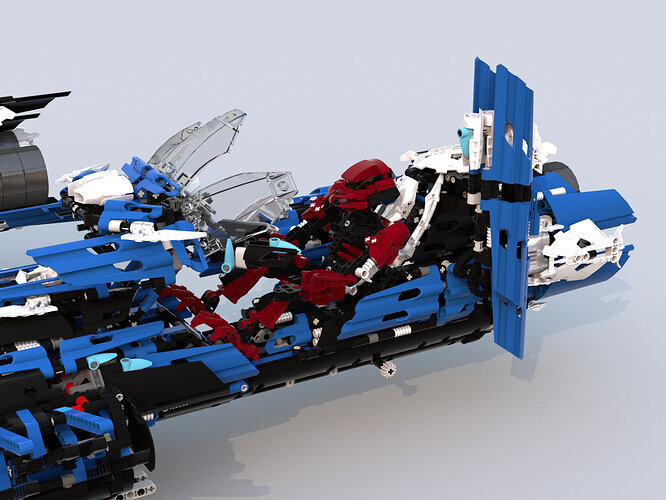 The control panel can be raised and the side panels rotated to allow you to take Antroz out or place him smoothly in the cockpit. The gear on the side lowers the back landing gear. 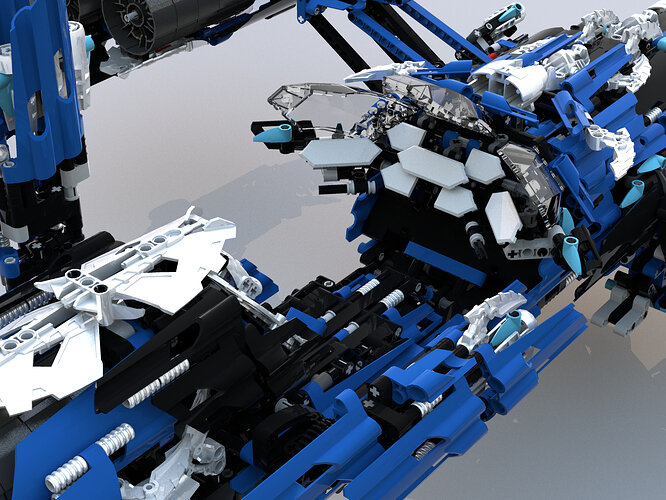 Another view of the control panels and the chair. 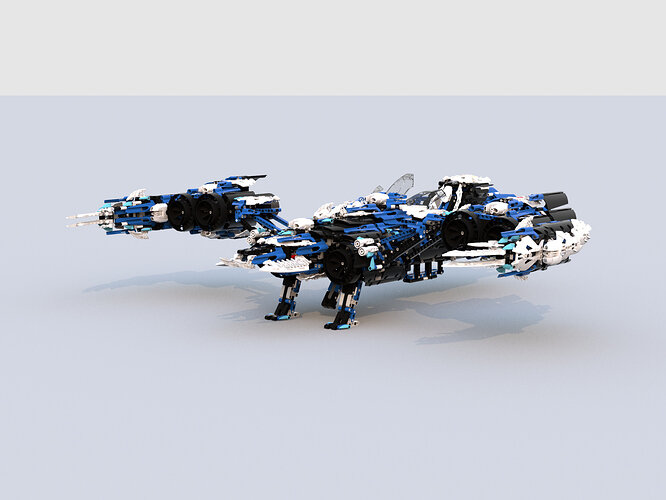 The landing gear, the back landing gear is another issue I have with this moc and contributes to warranting a redesign. The two front landing gear struts are stored behind the two turbines on the main body and are held in place with ball joints.

Overall, I’m happy with this MOC. I know I’ve said I’m thinking of redesigning it but that’s because I want this thing to be 100% functional and LDD doesn’t handle well with a moc this size and hundreds of pieces all moving at once. For what it is, an upgrade of an amazing set in it’s attack form, It is fantastic, I love the new armouring techniques I’ve picked up whilst building this moc and It looks like it could wreck any other air-based vehicle. Antroz can actually sit in the cockpit rather than just holding onto the handles, so that’s another plus and he looks pretty cool too.

So at the end of the day, I’m happy with this amazing moc even with it’s tiny faults, I know you guys probably wanted to see the pods retracted but… LDD crashes every time I use the rotate tool on this…

Comments and Criticisms are always appreciated

One more T-series vehicle to upgrade…

And then what? Perhaps a certain undersea vehicle?

Dang, this is just as awesome as the last one! You’ve done a great job with layering the technic panels and Bionicle pieces.

Whoa, now this…
This I want.

Shed single tear
this is beautiful…

This is impressive, I love this series so far.

We may have to hold off on the Axalara sadly… I’m looking at getting a new PC and hopefully it will run LDD much better than my laptop, until then I can only prototype it. Although I am looking at other vehicles and sets to upgrade.

The only, ONLY nitpick I have towards this AMAZING creation is the lack of the full on canopy like the original Jetrax, but your concept idea totally debunks my nitpick, so overall I love it! I adore podracers, that’s why I am a fan of star wars in the first place! I love the look, and I wish it would be made IRL.

I did look at designing an upper canopy but the design used on the original used bent components and tubing that I couldn’t replicate. But to be honest I prefer the windshield designs. The T9 will probably have a full canopy like a jet fighter.\

As for IRL, this is indeed possible but you’d need a lot of pieces.

Amazing looking, loving the head of Antroz and the design of the Jetrax having those many different technic pieces

I can’t even. It’s just too good

Thanks! The head was fun to do and tons of technic is the point of this series of mocs!

This machine is too stronk to handle

Looking forward to the Axalara, and then Lesovikk’s vehicular thing?

Not necessarily in that order, the size I’m thinking of for the axalara may mean I need a better PC to render it, given it will have quite a few moving parts to it.

But the sea sled is being prototyped

But are there sub-woofers?

They’re so powerful, the Codrex gets a noise complaint from Metru Nui

Absolutely phenomenal. I wish LEGO still made sets like this as a kind of spin-off from the Technic theme. I mean, I love current Technic sets, but I’d prefer a kick-■■■ space ship on my shelf rather than a tractor. But that’s just me. Again, phenomenal MOC.

I actually wonder if Sci-Fi themed Technic sets would be viable as a spin-off theme. I reckon there’s a market for it.