Was doing some house cleaning/updating of all my stuff and found these photos… again. So I thought I would share them.

This is a combo model MOC, Umarak the Banished!
Featuring Umarak (Hunter and Destroyer) and the Beasts (Lava, Storm and Quake) 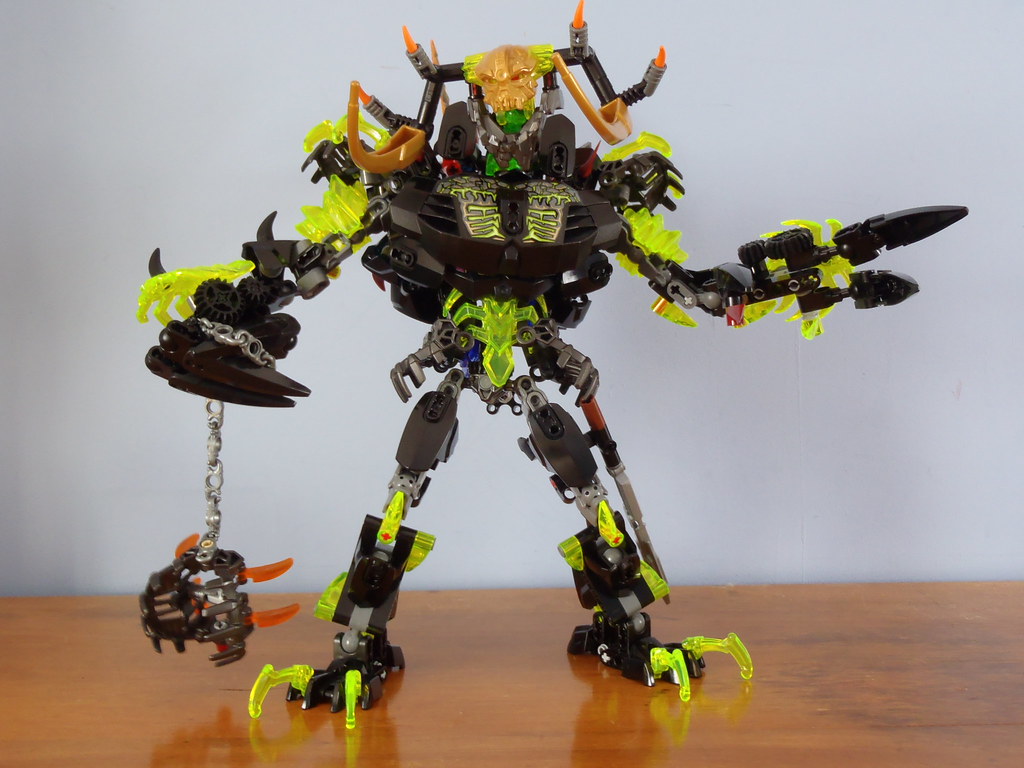 Originally built this after being really disappointed by the original 2016 combo model, so I wondered if I could revamp it, so I added Umarak the Hunter to the mix of parts. And it came out wonderfully! 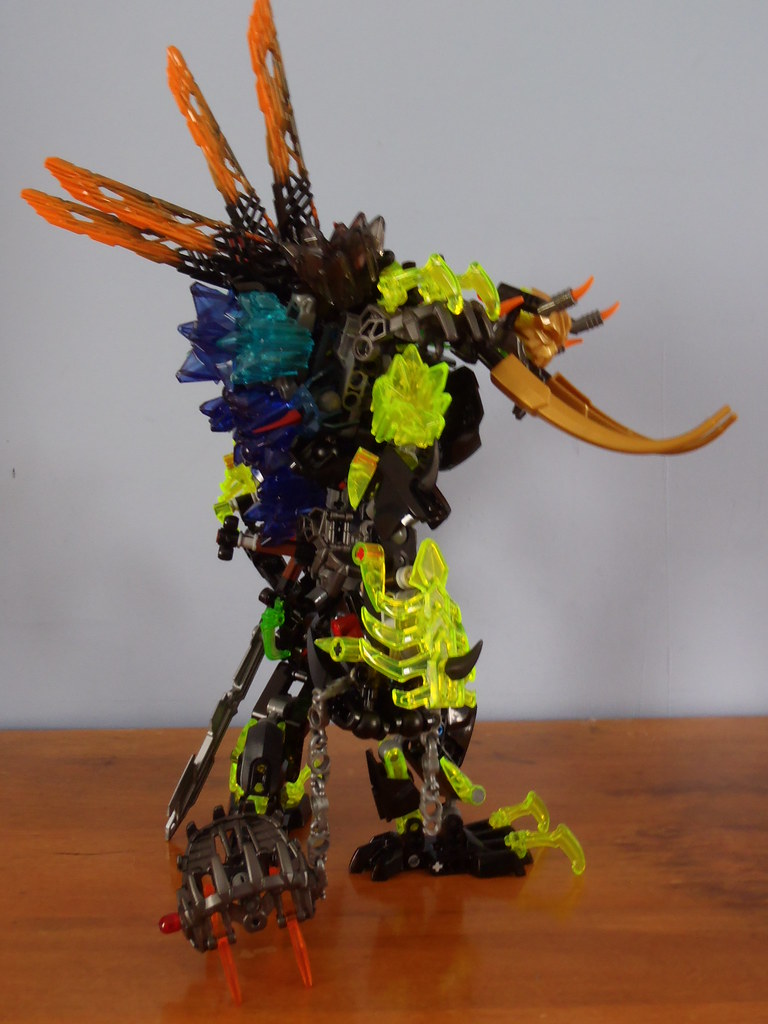 The photo’s aren’t the greatest quality and don’t seem to encapsulate the sheer mass of this MOC.
I’m considering making a full video about it on my Youtube channel eventually and maybe instructions way down the line.

Dude, this is awesome! Also, what are you talking about, these are great photos! Well, at least compared to mine that is.

Thank you!
I took these with my old digital camera, so they are a little blurry compared to what I normally take with my Canon Rebel.

This is such a good combo model moc. I really like the spike sticking out the horn, and the shadow trap chain weapon.

I can’t believe Umarak was released 5 years ago

Very nice, although the legs still surfers from being a bit thin

Yes, but they’re less stumpy, and more filled out, which I believe is a fine trade off.

I do think that this is better than the official combo we got; so goal achieved!

This is a way better execution of the original combiner concept.

The original kind of got stuck in the middle of looking like Umarak while also changing the build; it was changed enough that it wasn’t immediately recognizable as Umarak, while still being similar enough that the build was repetitive.

In this version, you committed hard to making it look like Umarak. Also, the “backpack” looks awesome. Again, a better execution of the original “power-up” concept.

nice revamp of that terrible combo.