Some very basic MOCs again! Nothing special from my side. Again linked to my story, Velika and his army are the main antagonists, alongside an alternate Teridax. Velika plans now to conquer the planet, and to lead it like it should have been according to him. He uses infantry bots designed by Nuparu to achieve his primary goal: conquering and destroying New Atero. But he isn’t the only one trying to seize it. Teridax is now forced to act with Velika as a potential threat and enemy. The Magna Legion, regrouping every Toa team and Glatorian, has to prevent a full-scale war, or Spherus Magna will end like before, a vast desert planet.

Velika
Velika is a disguised Great Being, who uses the body of a Po-Matoran. He observed the Matoran and Toa for a long time, and decided that it would be best to lead them. Now with the reformation, he even plans to take over the entire planet. To achieve this goal, he already killed several powerful beings single-handily. But this won’t be enough. He needs an army, and uses the Matoran’s and Agori’s own defense bots against them. With the blueprints, he plans to build an entire army to conquer the capital city, New Atero. Allied with the Vorox clans and the Rock tribe, he represents an even greater danger than Teridax. 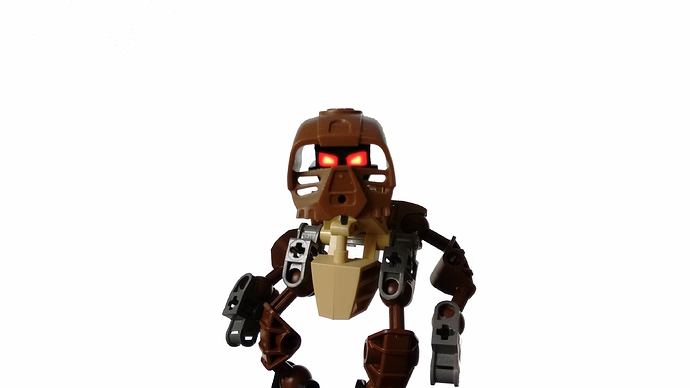 IB-1 (Infantry Bot)
IB-1(Infantry Bot) were originally planned to be upgraded versions of a previous defense bot. Their primary goal was to defend local populations from any Rahi or enemy threat. But Velika managed to get blueprints and control of automated factories. They serve now under Velika’s lead. Their 6-Salvo laser guns are not very accurate, but deal a lot of damage, and in groups, can be devastating. They also have a disk launcher behind their back, and if deployed, it launches an energy disk with explosive power. 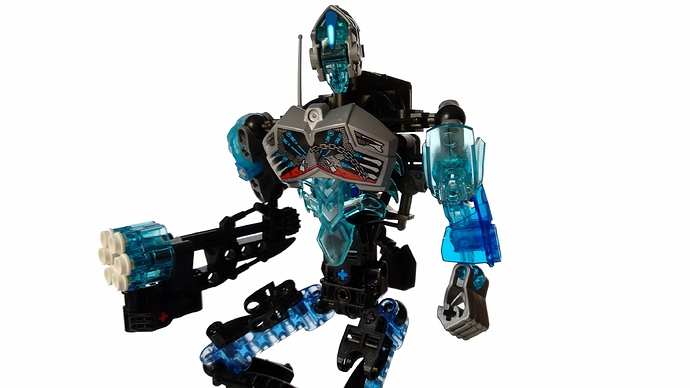 IB-2
IB-2 (Infantry Bot) are heavy weapons bots. Those were built after Velika managed to take over automated building factories. Their modified zamor launchers have an explosive effect on anything that it touches. They are very slow though, and an easy target due to their size. 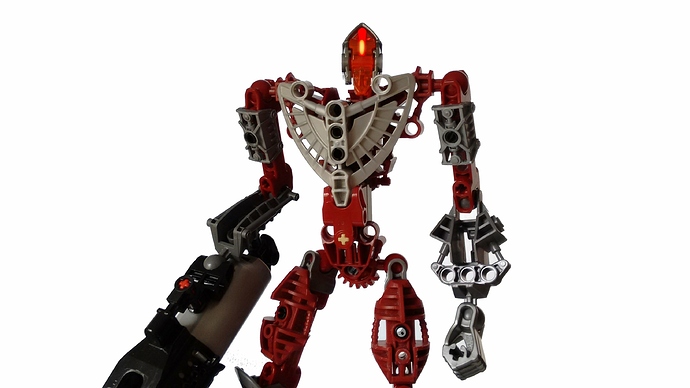 CB-3
CB-3 (Cannon Bots) are, like its name suggests, an autonomous bot with a mounted cannon. They are very fragile, but their devastating power can destroy anything, even one-shot a Toa. Thus, they are often the primary target due to their firepower. 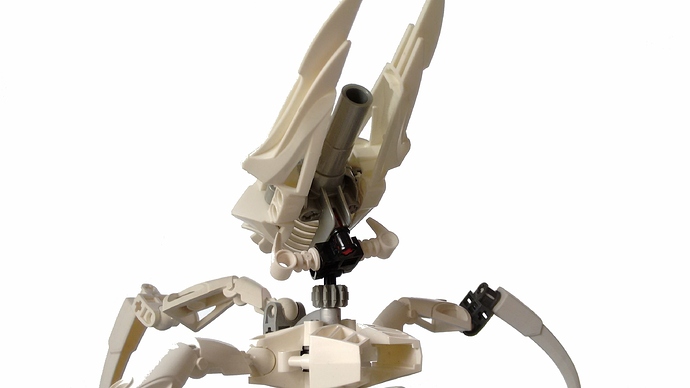 You can also find their description here, as well as Makuta Teridax and his own army: http://magnastories.blogspot.lu/p/villains_4.html

They have no special design nor original names. They are heavily inspired by those guys: 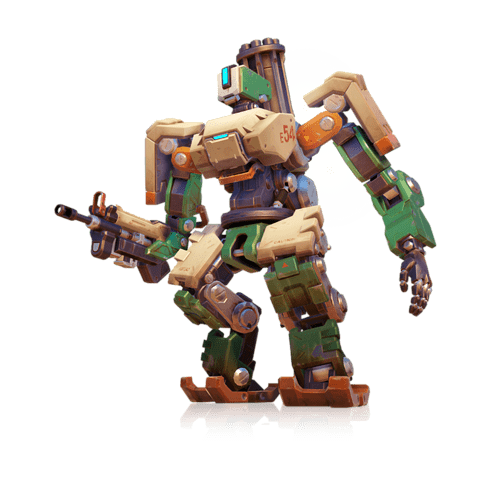 Not bad.
Not spectacular, but they do their job well.

Not bad.Not spectacular, but they do their job well.

This sums up my thoughts pretty well, but I like what you did with that specialized limb piece (from Pohatu Phantoka?). It’s pretty hard to use, but you found a good use for it, with that gatling gun sitting rather well on it.