I was watching episode 201 of the podcast, and someone mentioned Vessel. I went on the boards, and made this topic. So, what do you think of Vessel? I personally don’t like it very much, and the format bugs me also I cant afford the early subscription

So, what do you think of Vessel? Discuss!

It’s a great program, and it feels nice to know I am actually supporting the content producers I follow.

Many people have been having bugs with it, but I personally haven’t experienced many.

Vessel has that “Rewind a few seconds” button that is so very useful.

Vessel never has ads in the middle of a video (I hate those).

Vessel doesn’t have autoplay. I don’t think it even has playlists.

Vessel has the coments in an odd place, forcing you to scroll past a bunct of recommended videos.

Edited title for capitalisation - The guy that edits titles

The vessel ads are so loud. Idk why but they blare out of my speakers. Maybe it’s just my ads because crunchyroll has the same problem. Vessel’s pretty neat though, I just wish more people I knew were there. And I’m glad NC can finally make videos again.

The only channels I watch are TTV and Nostalgia Critic. But I’m still glad I have it and early access. I hardly ever watch TTV on YouTube anymore!

Vessel seems to be a rather nice service; I usually use it when watching TTV.

That said, the paid subscription wasn’t really worth it when I tried it out last winter; I’d end up blowing through what few TTV videos there were and didn’t have any other channels I watched on Vessel.

It might be better now though… I’m rather certain that was a bit of a content drought(Also, Channel Awesome has since joined Vessel so I guess that’s more content I’m into).

Vessel can be pretty finicky; sometimes it works perfectly, other times it is lagfest 2K16, so I restrict usage to only early podcasts. If it ever becomes consistent, I will use it more often

I’ve got Vessel Early Access, so I increased my followed content outside of TTV to get more value. It was absolutely worth it to me, since Vessel doesn’t lag very often for me.

TTV could use with less self plugging of the Vessel channel. Its alright to mention it in a quick half a minute long clip like Nostalgia Critic does at the end of each of his videos, but on the beginning of the video each time, which is a minute long, and is always the same add with Eljay creepily talking to some random kid, doesnt help that the kid has an annoying screeching voice that gets worse over every listening, forget the fact that they mention vessel like dozens of times in the Podcast and such.

Self plugging is understandable, but when you overdo it, it has the opposite effect of what you intended with it.

Also the exclusivity I personally dont like, but whatever, I get why its there…doesnt mean Ill like it any more. Its also a young site with tons of problems (visually, and access wise).

Both bad, over self plugging even worse.

and I have seen these video’s for a couple of months and they never seem to change.

^My issue with Vessel.

The recommendations are random and there’s clearly no rhyme or reasons to the ones that are chosen.

In fact, the channels I’m actually subscribed to, I never get recommendations from.

I’ve had some of those same terrible recommendations for months.

As of late, whenever I choose “auto” or 1080p for quality, this happens. 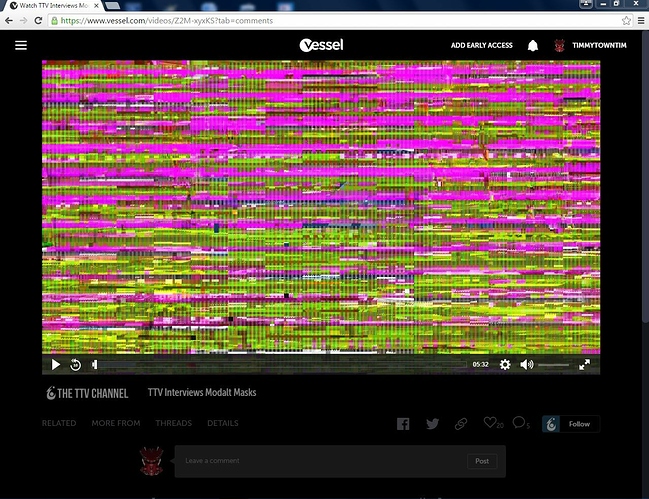 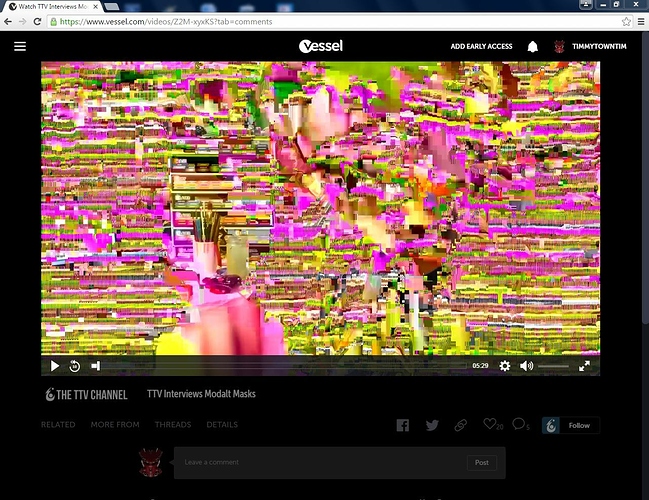 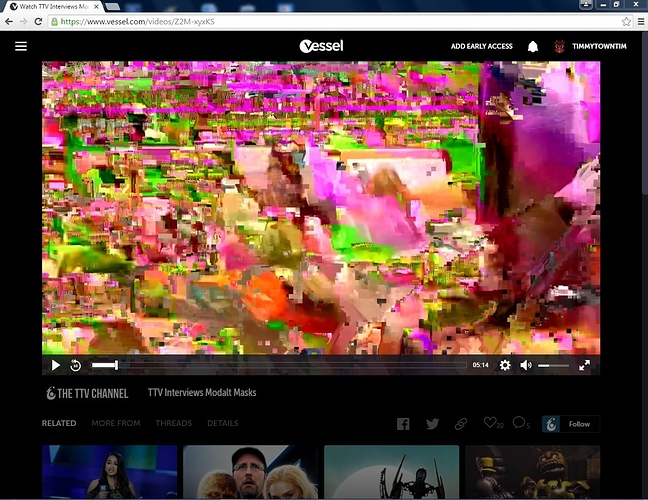 I like Vessel, But I have awful internet which makes watching things a chore. Which really is a shame, seeing as I want to support TTV as much as I can.

well I would rather see that in the recommended page

Yeah…I am kinda worried for TTV, if nothing else…