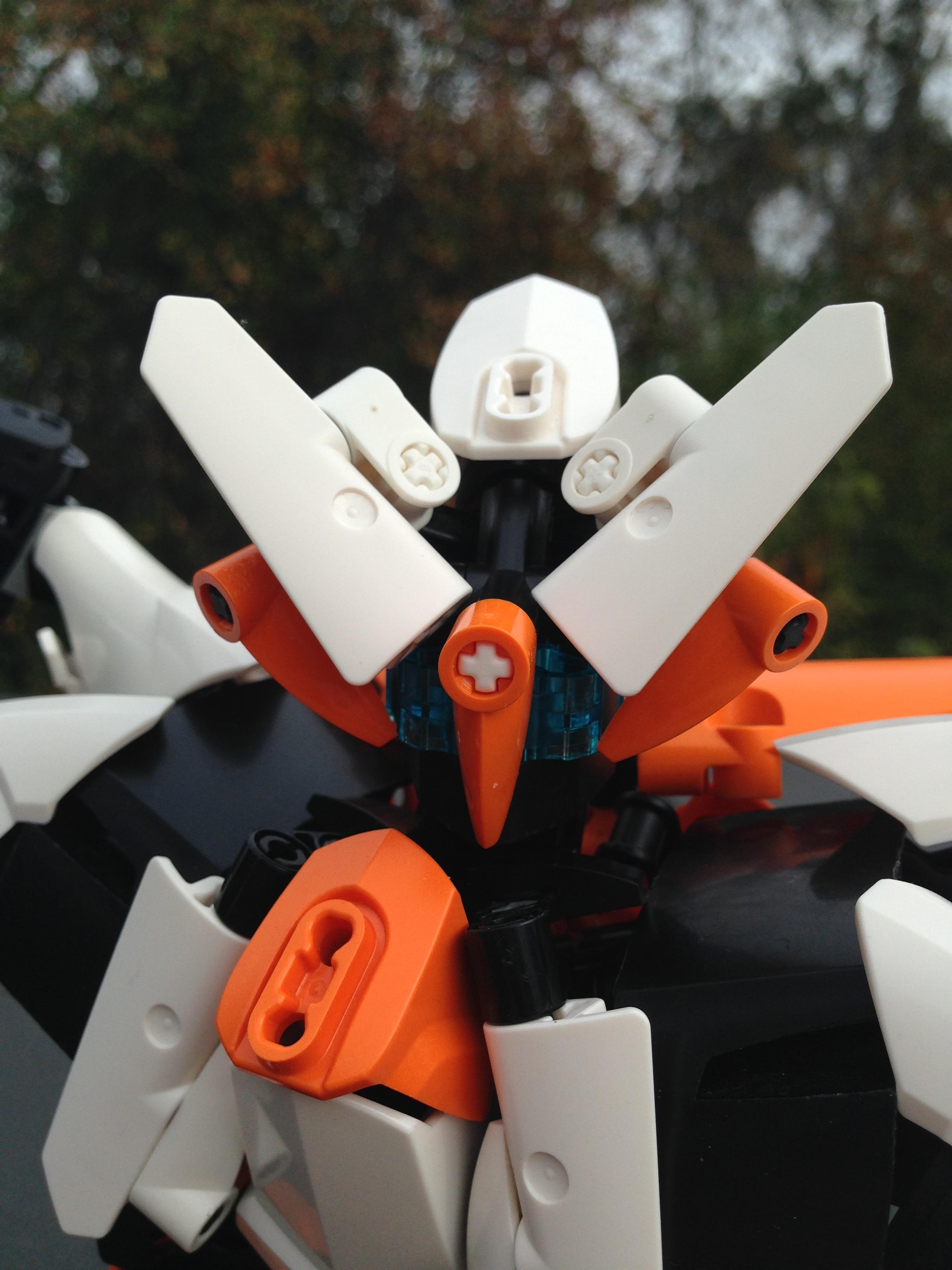 “The remainder. The angered.”

Volra was once a kind, and very loving construction robot designed around crafting buildings and architecture. His brother, Tukla, was also originally designed for this purpose.

One day, Volra discovered the creator of him and his brother had dismantled Tukla to make him a robot crafted for battle. In an effort to save his brother, Volra rushed to where his brother was being dissected apart.

In front of Volra laid the remains of his once beloved brother, Tukla. In a furious rage, Volra dashed into his creator, killing him upon impact.

Volra then took it upon himself to combine his very body with the dissected parts of his brother, thus changing him into “Vol-Tuk”. He now goes around the world, destroying those he had once crafted. 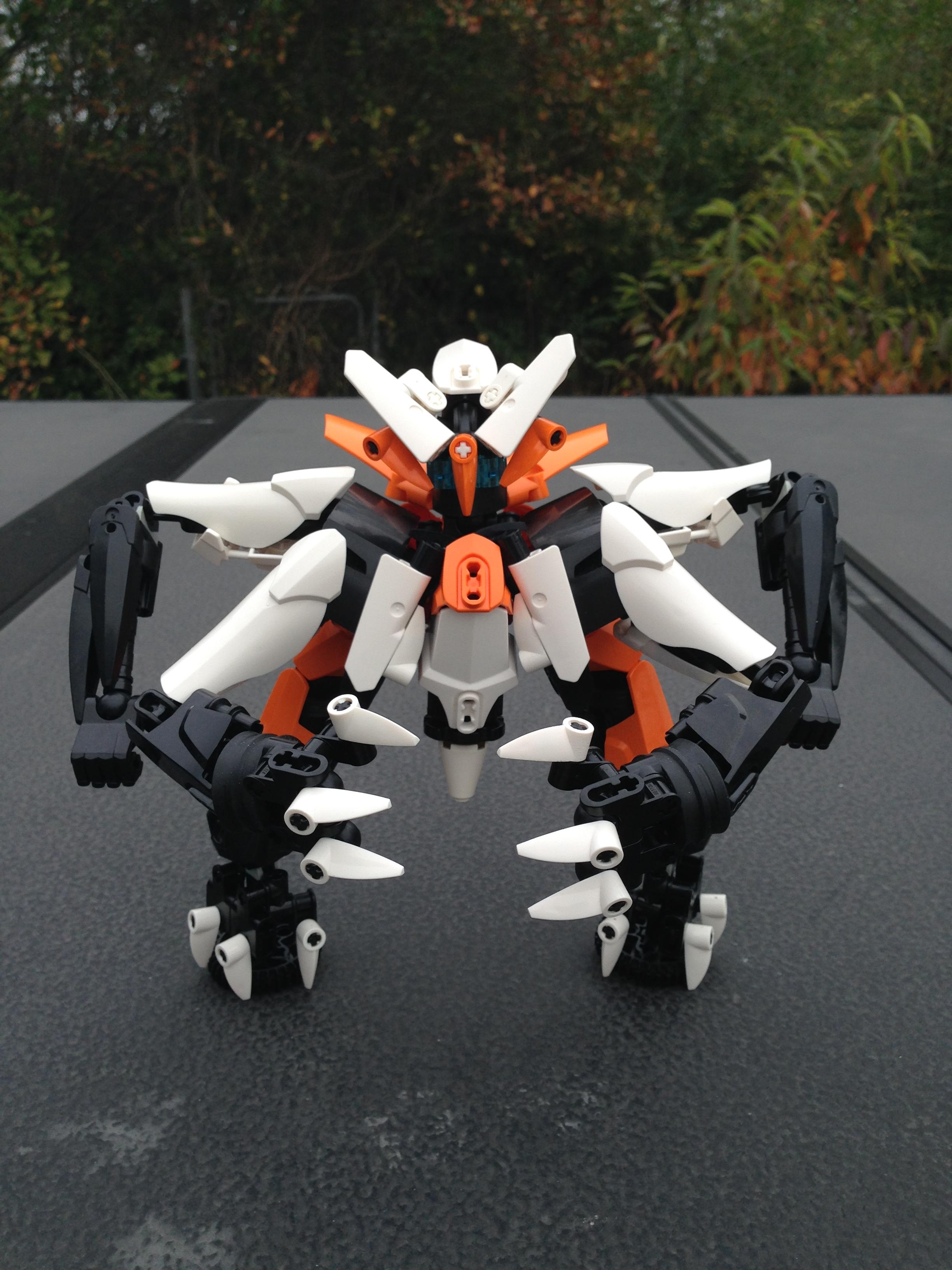 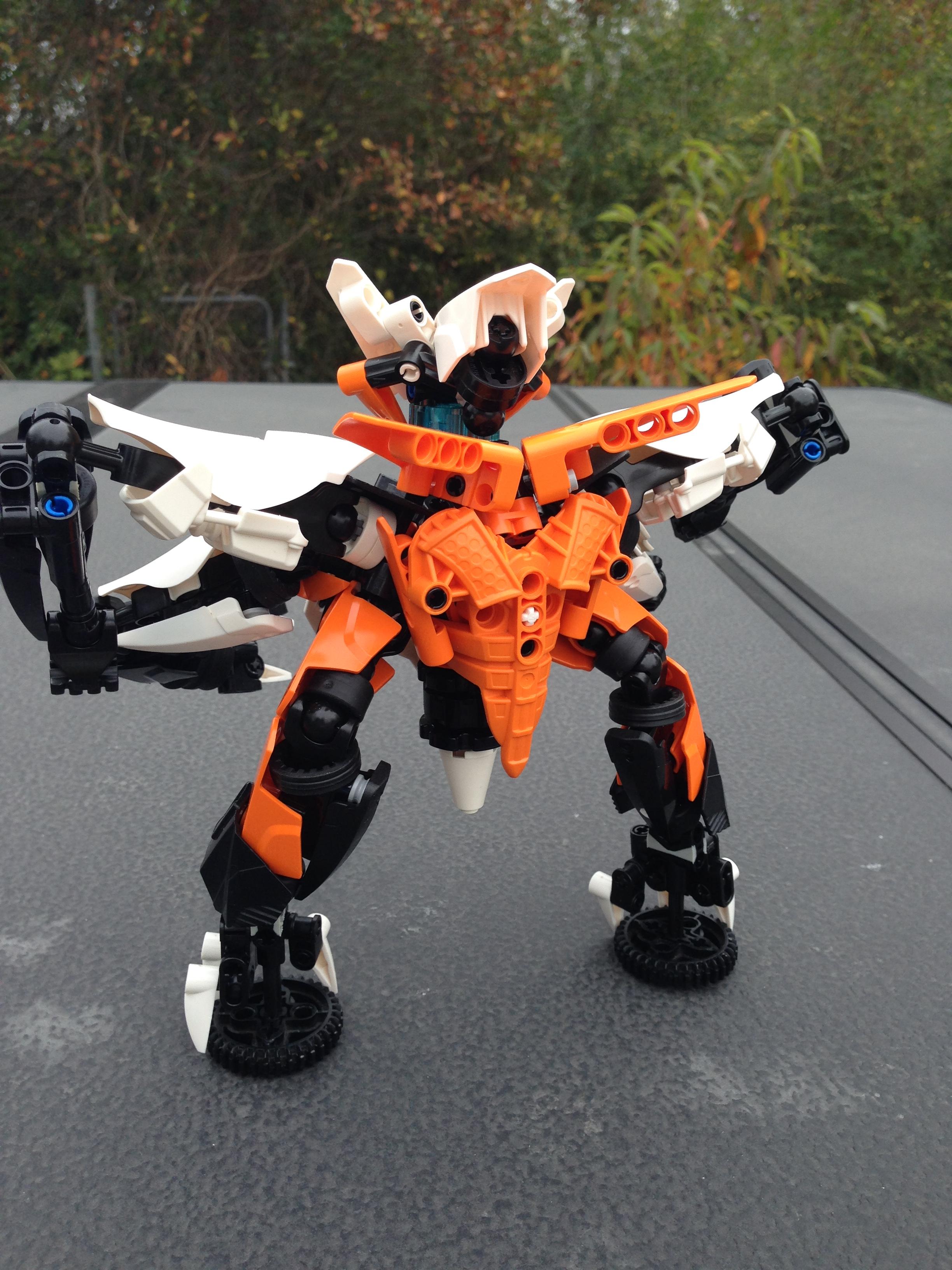 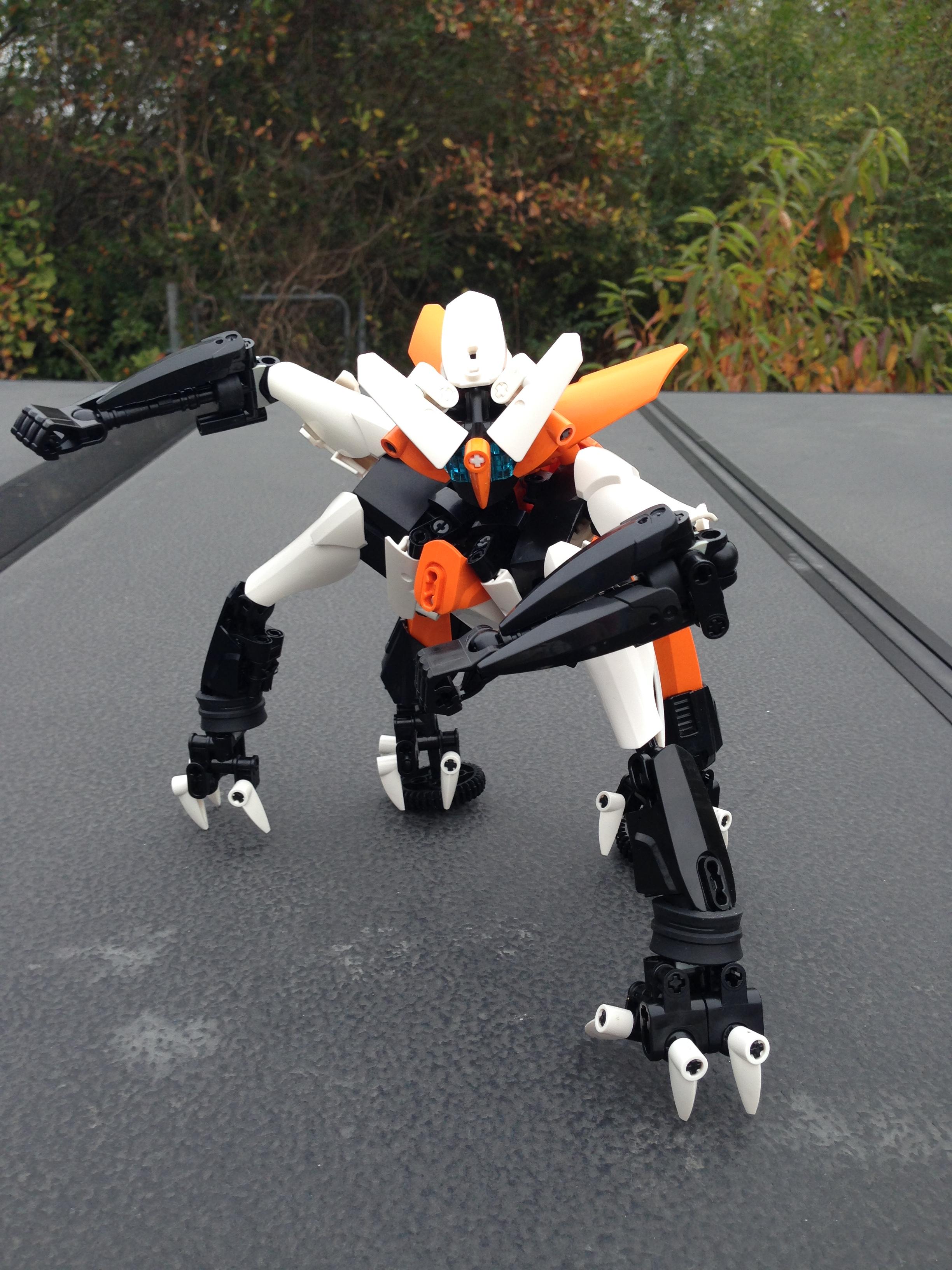 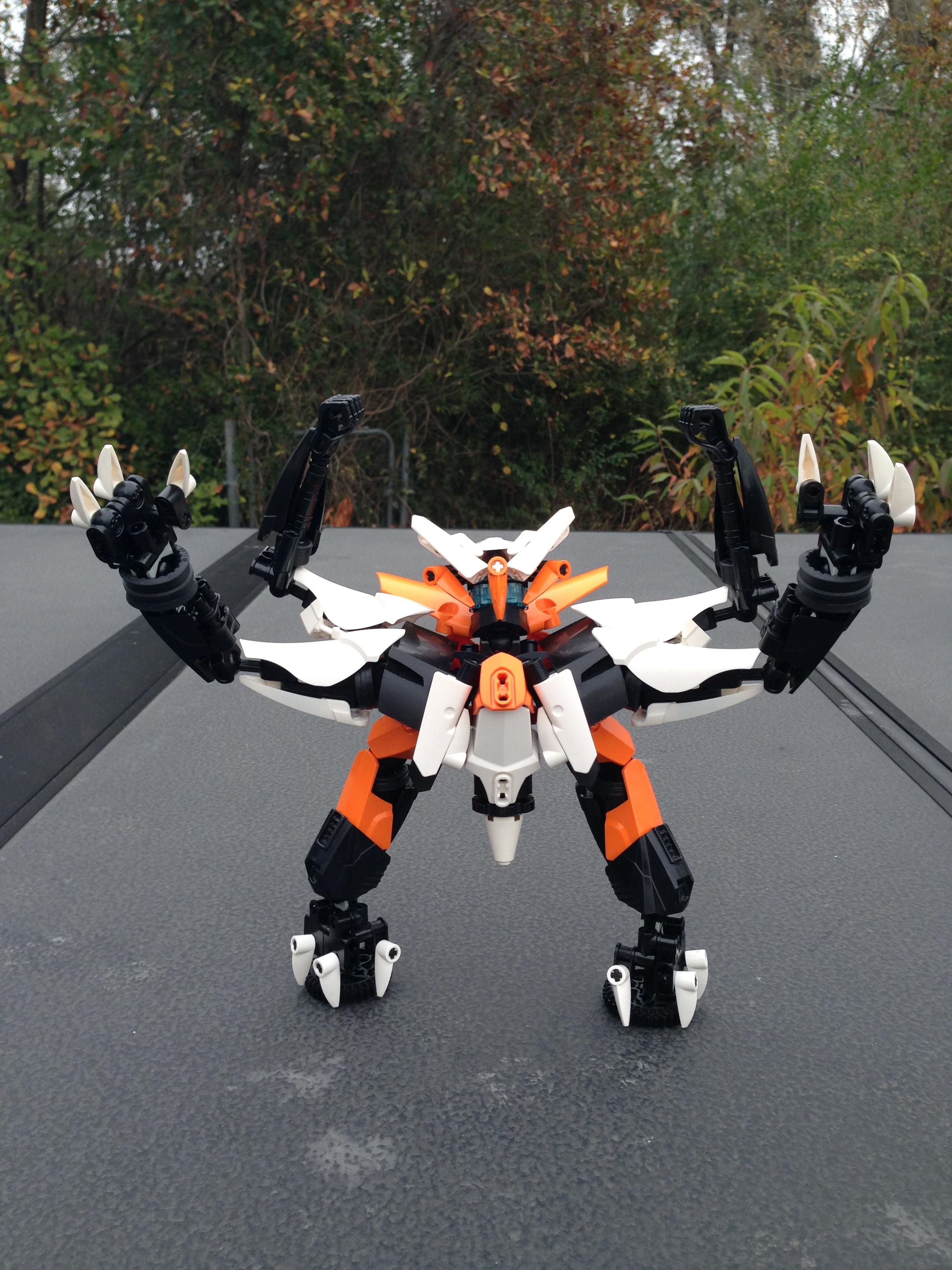 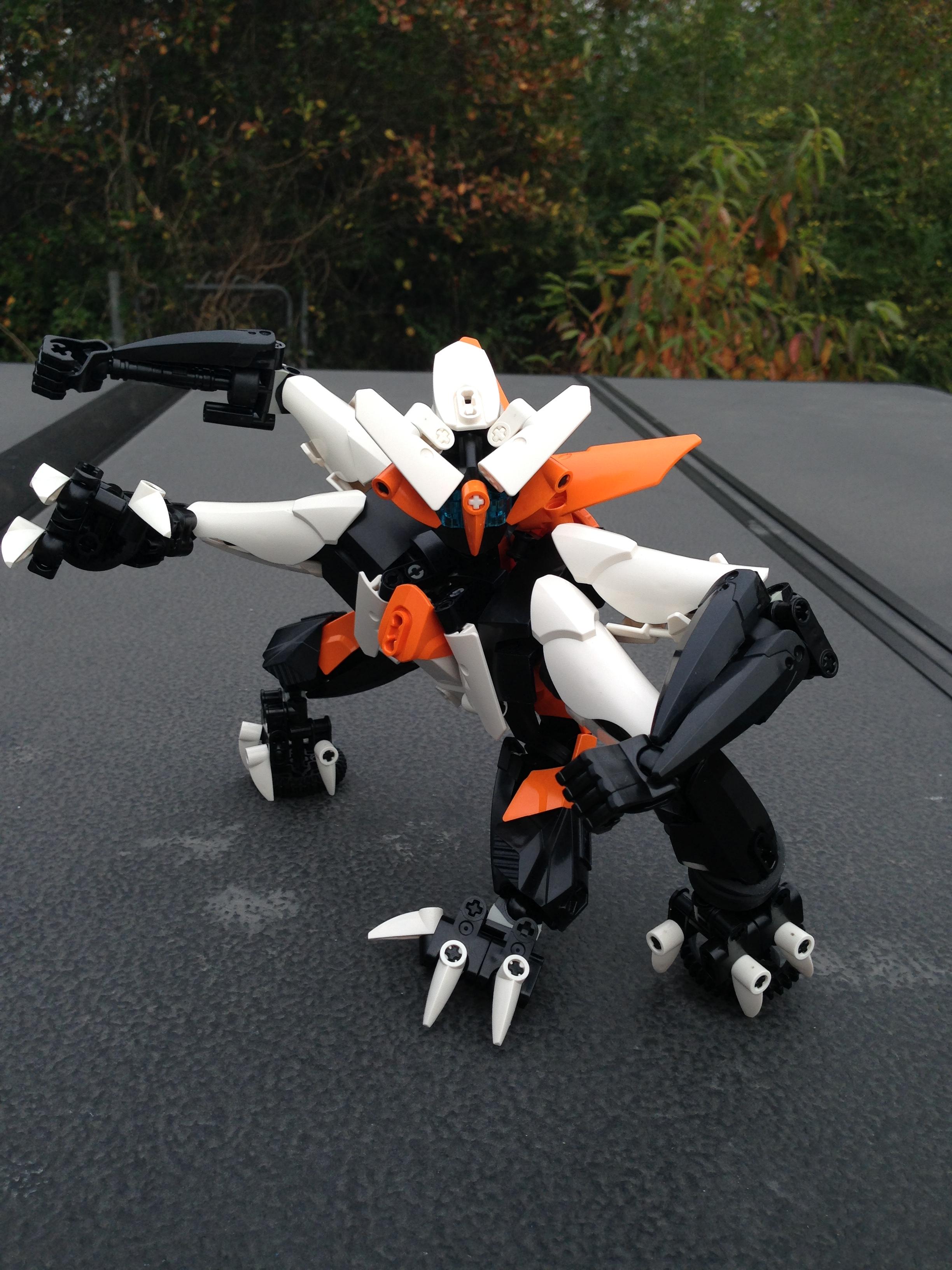 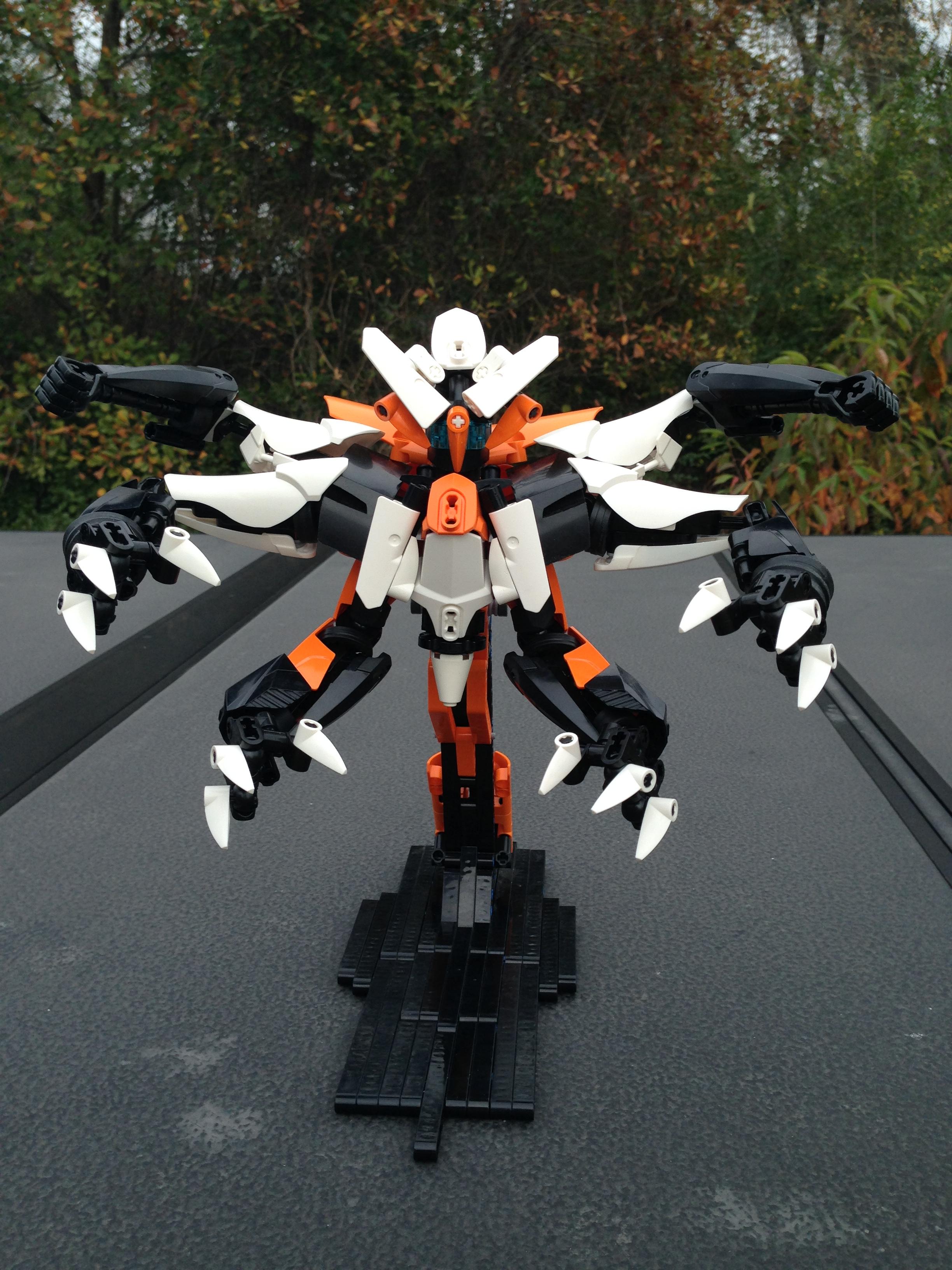 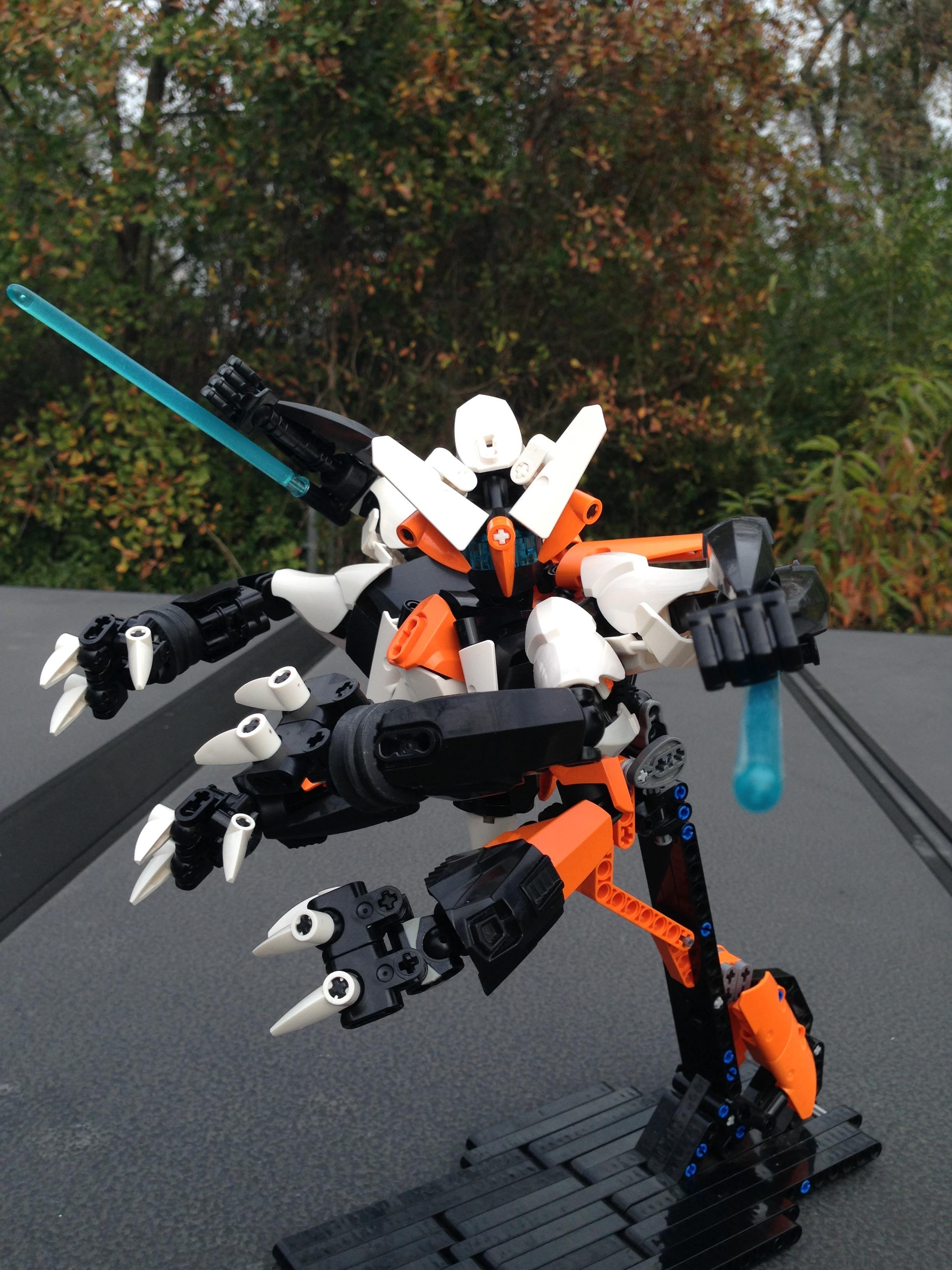 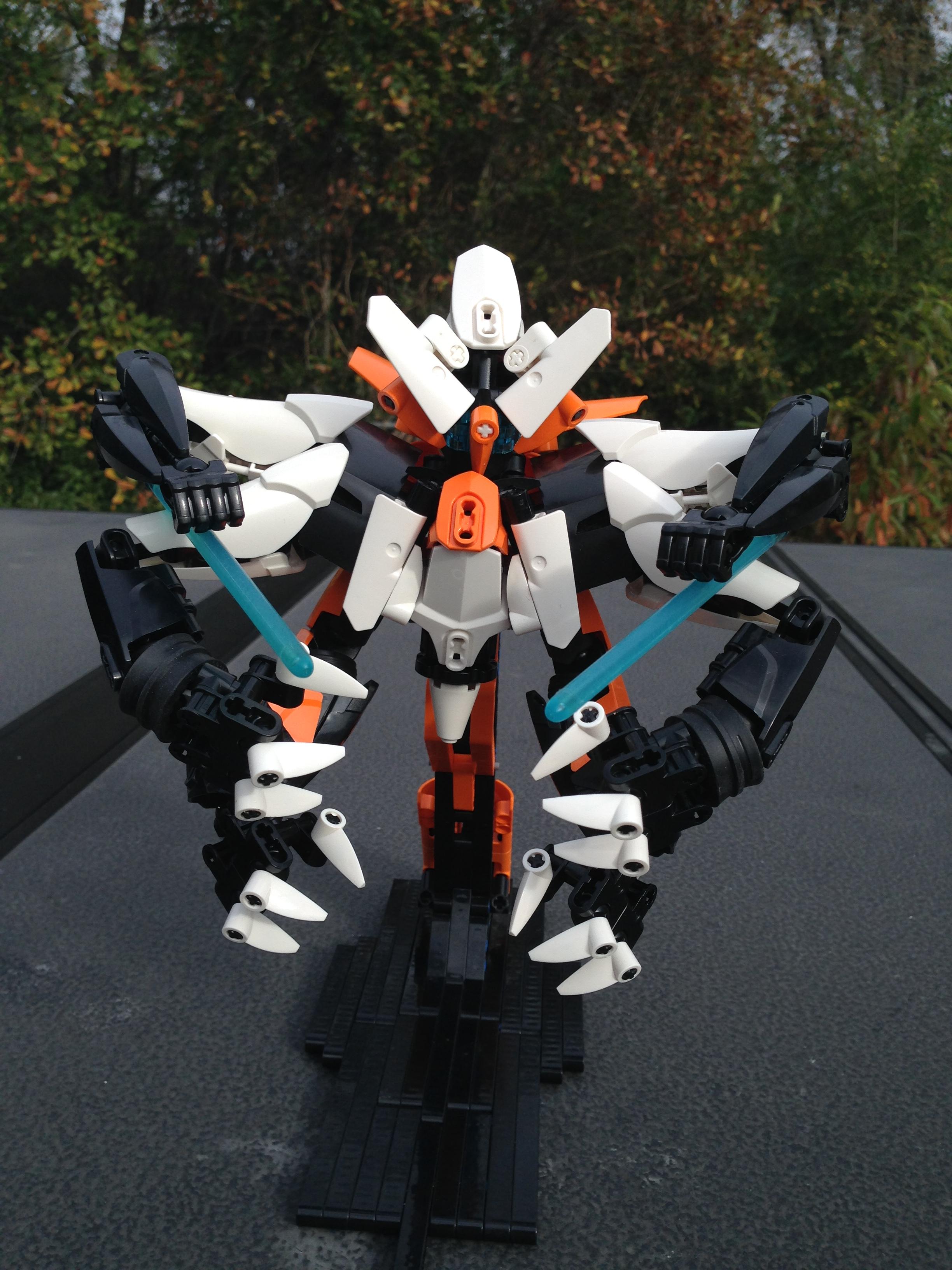 ###With beam swords out 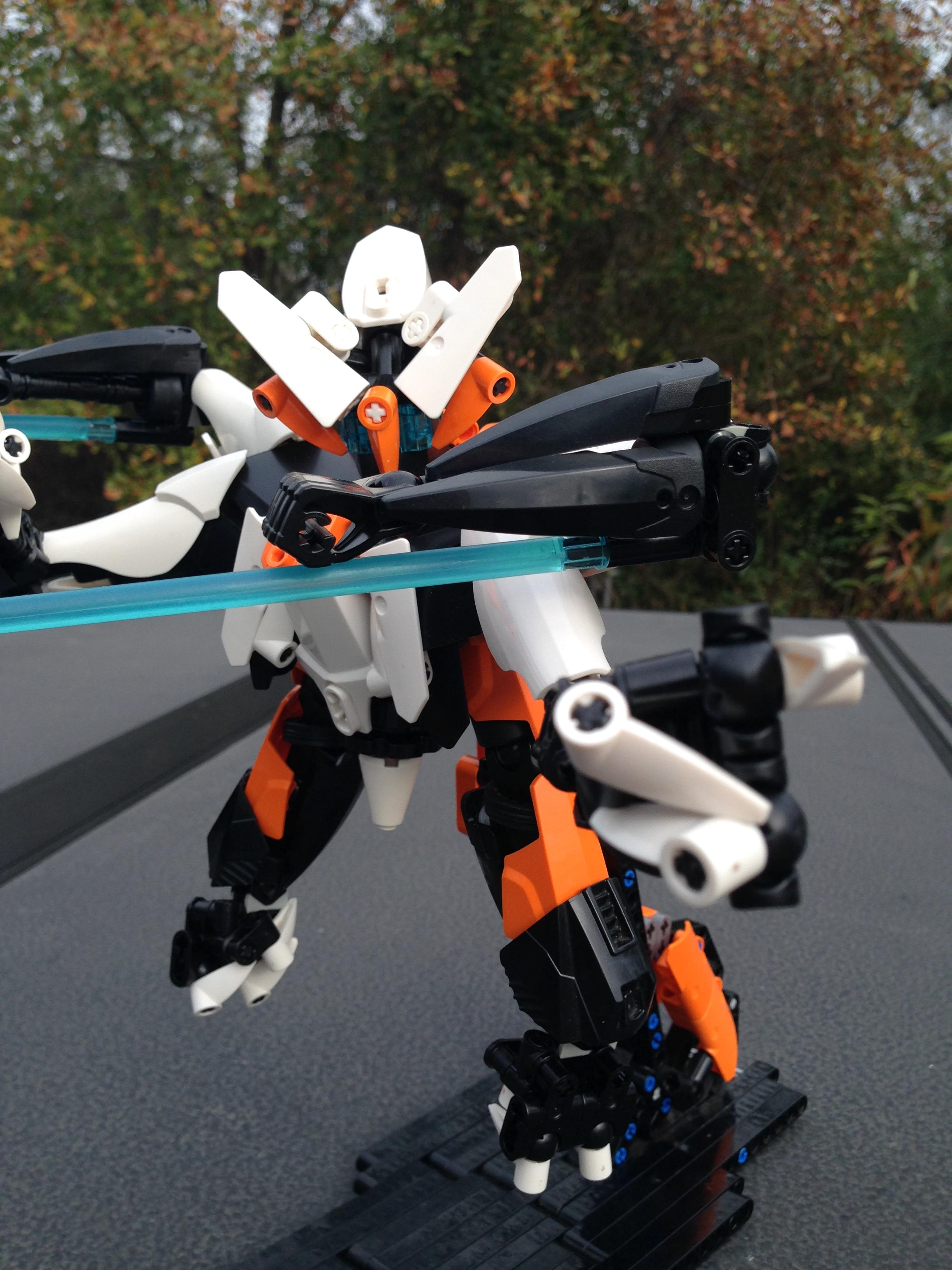 So. This is Vol-Tuk, a MOC I’ve worked on for a little while now. The idea behind this was to make something with 6 arms in as compact of a space as humanly possible. The result is what you see before you, offering decent articulation, and a decently “clean” build.

I hope you guys like it! C&C always appreciated! ^~^

Hate to break it to you, but those parts are not only hard to get, but several of the liftarms I used don’t even come in trans clear.

It’s not like the stand is mandatory anyway, as he can stand on his 2 lower most arms with relatively no problem.

so he has 4 arms and uses his feet as extra

so he has 4 arms and uses his feet as extra

Looks great, and the design is unique in a way. Almost cute. Good job.

I still think it looks better without the head. But either way it’s cool.

Im impressed that you still managed to keep a sleek plating look with something so complex.

He now goes around the world, destroying those he had once crafted.

Why exactly?
it seems like a rather large leap in logic.

As unique the build and appearance is, I’m not feeling it too much for some reason…
Maybe increase the size? But still have it unique taste.

Thank you for all the comments everyone!

It’s mostly due to him being angry at the world for “taking his brother away” from him. He’s taking his anger from the creator he killed and lashing out at the world around him because of it.

In a way, because he’s technically fused with his brother’s mind, he is essentially insane/bonkers.

Love the build and colour scheme.

He has a very distinct look that makes him so appealing to the eyes.

The look is very strange, but the way you put it together I’d fantastic.

Thanks for the comments everyone! Glad to see all the love for such a strange MOC ^^

A very refreshing MOC, I like when people try stuff thats a bit different, also i really wanna try out that hand design, or some variation of it at some point in the future

Oh wow, this thing is awesome and weird in the most perfect way!