been dead for hundreds of years, brought back to life with an unknown power to her. Skelinoren saw her struggling from waking in a snow storm he decided to take her to his secret lab to balance her living half and dead. He succeeded with his task and decided to make her a weapon/robotic arm since her right arm had some flesh and doesn’t have lower arm. As she starts to wake up she speaks weekly a name…“Phascor” as Skelinoren stops constructing the weapon/arm he askes “Who’s Phascor” she replies “My husband” not knowing whom he is he tells her to rest for a little more to help her substan her new body parts.

Powers: none, but has combat fighting skills

Weapon: Cybernetic Ice Bow/cyber arm also carries a jet pack on her back and mini rockets on both foots. 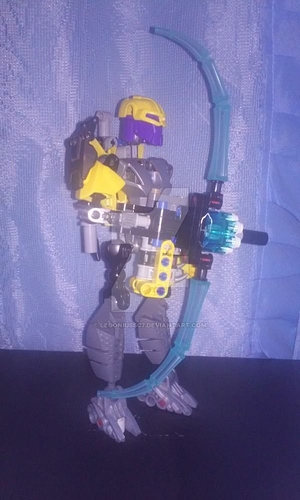 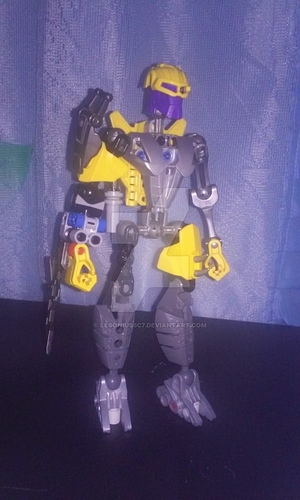 Are there any pictures…?

Not what I was expecting. You got me there.

Looks kind of basic. This is a meh moc for me

While it’s a good MOC with nothing wrong with it, but it feels… almost boring because of that. Good work, but could be more Complex in some areas. Also, need better pictures. Good job!