Who is your favorite/least favorite villain in Bionicle?

Who is your favorite / least favorite Toa in terms of character?

You asked for it!

Terri is my favourite,

Please put Velika in a room with swivelhungry JobbyTheHong and 666 copies of MP-45 Bumblebee 2.0 in a Pentagram formation

As for least favorite I gotta say velika he just didn’t do that much.

Terry is my favorite character overall. He is completely flexible for telling your own storys. Various shapes, various powers and abilities (and thanks to somewhat inconsistent writing various character traits). You could tell a story of any genre and Makuta could fit in somehow.
There are barely villains that I dislike in Bionicle. The novels portrayed most villains enjoyable. Here and there are some forgettable (especially within the Ignition trilogy because the villain groups are a bit too big to give each character an equal focus), but overall I like Bionicles villains.
The exceptions would be Metus, because his motivation is lacking and G2 Makuta, because he was nowhere near the expectations I had for the character.

As for least favorite I gotta say velika

I see we agree and disagree.

I have to say I’ve always really like the Shadowed one as a villain, he always seemed so mysterious and sinister to me. As for my least favorite, I always though Sidorak was always kind of a stupid villain.

Edit: I just looked back at the toa topic, and it would appear no one has as strong of an opinion on villains as they do with toa.

EDIT: And the entirety of the Piraka and Barraki.

Least Favorite?: Tuyet because she should have died when she was sent to the Pit.

Favorite: Vezon. He requires no explanation.

JobbyTheHong and 666 copies of MP-45 Bumblebee 2.0 in a Pentagram formation

Velika is definitely my favorite due to how ominous the concept of the character is, but is tied with Kabrua dues to how we didn’t see much of him. My least favorite is Tuma, he just wasn’t really fleshed out enough (same thing with the rest of 2009) and the only thing that I really enjoyed was how he helped show how terrifying the Baterra were.

I have always liked the complexity of Krika’s character. From not really executing Miserix to deducing the real reason the Makuta were sent to Karda Nui, he’s always been an interesting character, if not always a particularly adversarial one.

Least favorite villains were the visorak. Boggarak was horribly overpowered and the whole story year of 2005 felt like filler to me.

You asked for it! 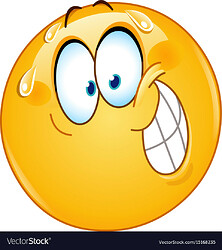 My mostest favoritest villain in all of the Bionicle is… A tough question to answer, honestly. In a series where the divide between good villains and terrible ones is so high, where the well-written baddies are serious threats to the heroes and the poorly-written ones are so basic and pathetic you wonder if you’re still in the same franchise, there’s some very fierce competition for the top contender. Teridax isn’t my favorite, because he’s the perfect villain. His flaws are accounted for and he overcalculates nearly everything to the point where the only times he fails is due to something so blatantly out-of-character, like ignoring the final showdown to gloat.

Basically the only times he’s failed is because he was in one of the movies.

As for favorite, let’s throw a curveball in here and go with Zaktan (and I’ll explain why.) Barring the life as a slave and the supposedly being a mutant, Zaktan appeared in the wonderful and wacky world of 2005 where all the rules got dumped in favor of rubber faces and zamor spheres. This meant the Bionicle team was getting very extreme with their unique ideas, and the sinister, conniving snake was one of their best.

Reidak was the only other villain that year with any level of interest, that being if he traveled enough and fought enough, he would theoretically become invincible. Zaktan could dissolve into a cloud of a million microscopic creatures, reform body parts, and attack in a variety of absurd ways, meaning the only way to deal with him in this form was high-velocity impact - Toa of Earth should never fly.

But Zaktan’s character is the most interesting. From the very beginning he is displayed as the most superior Piraka, failing to defeat the Shadowed One once and becoming an infinitely craftier character than him. And crafty is the best word to describe Zaktan, as his slinking manner and manipulation tactics put him a head above even the strikingly intelligent Reidak in terms of capability.

Zaktan’s personality is so easy to pick up from his design alone that the story team immediately set out to change it and provide a surprise. All the Piraka notice Zaktan is changing over time as Makuta’s antidermis influences him, as he grows quieter, snappier, and less involved with the goings on around him. He’s back to his old self by the time he sides with the Toa against Hakann and Thok, who absolutely flatten the group in spite of their greater numbers.

Then the set designers took the rubber parts off the set and thought ‘bro what if the Piraka were just this?’ and then the story became really dumb. Or maybe that was entirely Greg’s idea idk.

Zaktan’s final gambit for power took its form right before the creation of the golden skinned being, and while the rest of the Piraka were escprted in by force, Zaktan hurled himself into the mixture intentionally. Greg implied it was out of naivety and desperation, but I think Zaktan must’ve known what he was doing - perhaps he’s still inside the GSB, fighting against the other consciousnesses for control. Imagine Zaktan with the power to make dreams reality.

Kongu is that you?

Zaktan’s final gambit for power took its form right before the creation of the golden skinned being, and while the rest of the Piraka were escprted in by force, Zaktan hurled himself into the mixture intentionally. Greg implied it was out of naivety and desperation, but I think Zaktan must’ve known what he was doing - perhaps he’s still inside the GSB, fighting against the other consciousnesses for control. Imagine Zaktan with the power to make dreams reality.

It’s really strange that almost nobody mentions this.

Least favorite would probably be agori that was turned into a snake (don’t even know his name).

Zaktan’s final gambit for power took its form right before the creation of the golden skinned being, and while the rest of the Piraka were escprted in by force, Zaktan hurled himself into the mixture intentionally. Greg implied it was out of naivety and desperation, but I think Zaktan must’ve known what he was doing - perhaps he’s still inside the GSB, fighting against the other consciousnesses for control.

I’ve thought a lot about this as well, to the point that I’ve taken minor inconsistencies in how the GSB uses both “we” and “I” pronouns, and headcanon’d it so that every time the GSB uses “I”, it’s actually Zaktan talking, rather than the collective GSB consciousness

I’m glad I’m not the only person who remembers this about him. It’s why he’s my second favorite Piraka. Someone who’s very smart, but they’re so strong that they just don’t bother being smart? That’s fun, and I wish we saw more of it.

As for my favorite Piraka (and villain overall), that goes to Zaktan, for more or less the same reasons Ghid listed (plus the added nostalgia factor of him being my favorite Piraka as a kid, what with him being the evilest and most mysterious out of the lot). The dude’s sinister. He gets killed and only comes back stronger. He gives a living nightmare nightmares. He was the only character (outside of the other Makuta) that knew what Teridax’s masterplan was. And not only does he not scream it to the world, but he uses it as a bargaining chip to get out of jail free. And his backstory fascinates me. Slave miner. Personal protégé of the Shadowed One. That’s cool stuff.

Second tier favorite villain would probably be the Makuta, specifically Antroz. A Makuta with a sense of honor is interesting, and his implicit high status in the Brotherhood has always intrigued me.

While not my least least favorite villain, I’ll throw out this controversial one: I’ve never really got the fascination with Roodaka. Part of that probably comes from me getting into Bionicle after 2005, so I had no real time to grow attached to her throughout that year, but… She does nothing outside of 2005 to make me like her, and with 2005 being the franchise’s hormonal growth spurt, it does no favors to anyone in it, Roodaka included. True, she probably gets away the best out of anyone in the year, but not enough to make me particularly like her, which is a shame all things considered. The most interesting thing about her is stuff that’s not really anywhere in official story material, that being that she’s doing her duplicitous stuff just to get more political sway on Xia.

agori that was turned into a snake