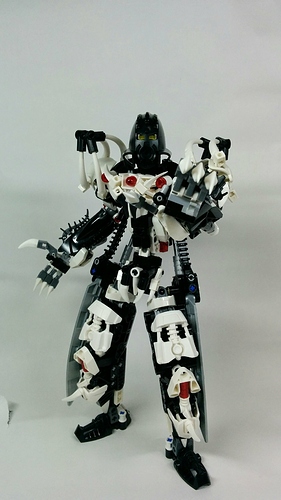 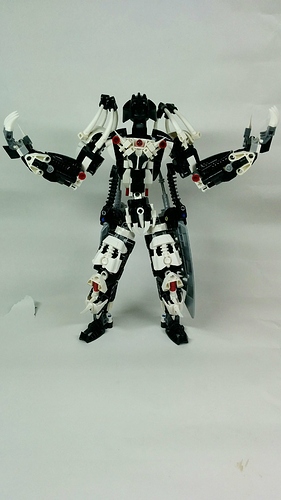 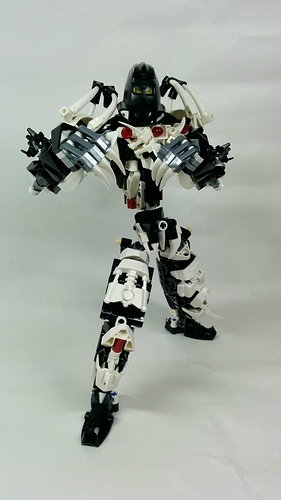 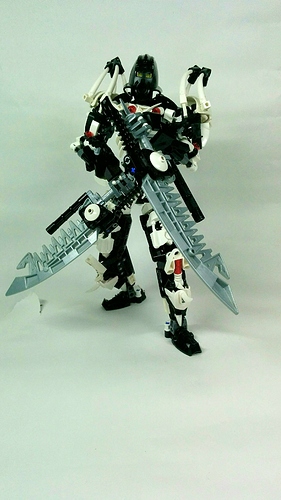 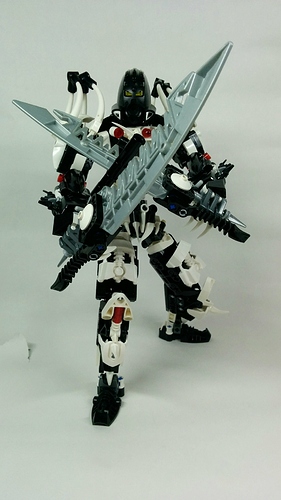 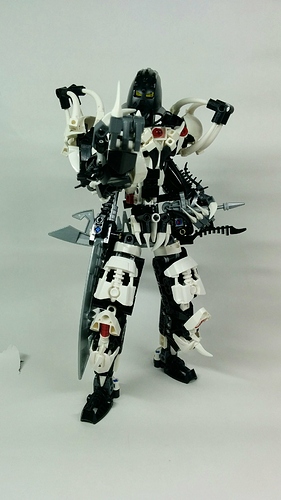 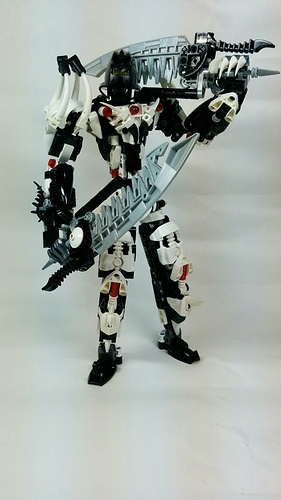 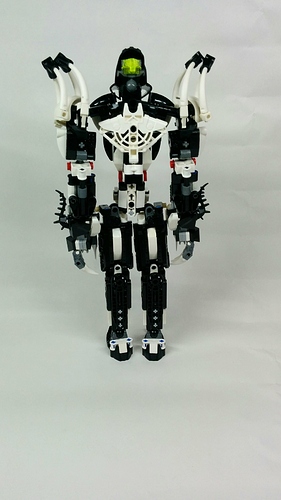 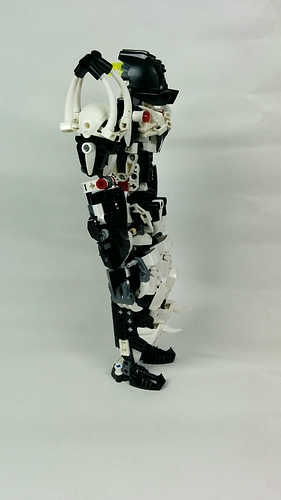 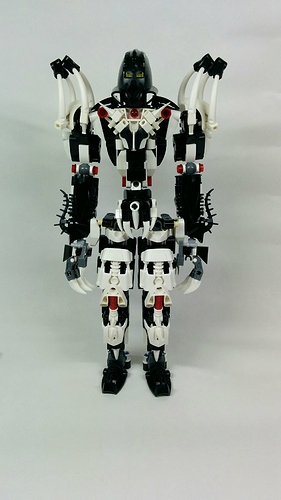 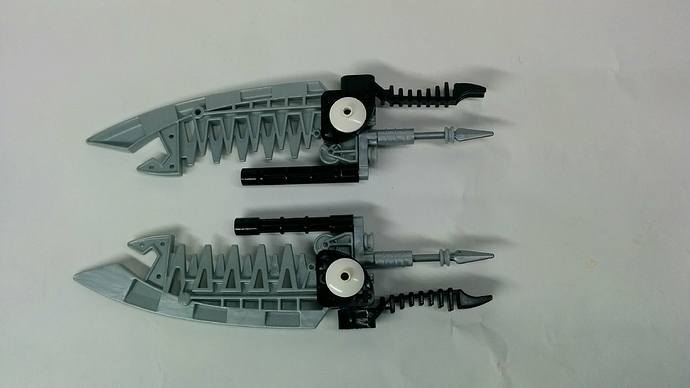 Surprise! This isn’t one of my old mocs, but rather one of my more recent mocs. Figured I’d give you guys a preview of what my new mocs look like, since I’m not planning to show any of them here until I’m done showing off all my old mocs.

I built this guy for a friendly contest between me and @IonicNova in 2015. The prompt was to build a spiky, black and white moc and post it on FB for people to vote on which one they liked better. His moc Krios was revamped for this reason, actually.

This guy’s kinda important to me because he represents the first step I took during my transition to a more complex and greebled building style.

Haven’t really thought of how this guy plays into my storyline (which you guys can read about here: My Bionicle Storyline) but I wanna say he’s a To-Kuta from a parallel dimension. Still a very rough idea though. No bio written for this guy, sorry!

Looks pretty solid. Only two things bother me; small feet and slightly awkward shoulders. I think the feet ought to be custom or something so that they look like they would be able to actually hold the guy up (even if they obviously do because he’s standing). As for the shoulders, I think the idea is OK, but switching between the smooth white tusk pieces to the black angles just feels off. I think they just need to transition better. Anyway, I guess the only other thing I would suggest is to make the color blocking more consistent; for example, keep all his ‘body’ black, then all of his armor bits and pieces white. This is done for the most part, but then there are also some random splotches of white in the midst of black and such. Overall, though, this guy is

Not bad. The upper legs look a little blocky from certain angles, but this MOC is otherwise decent.

I feel the feet are too small and the hands too large, but otherwise this looks great.