It’s probably safe to say that the majority of us have seen The Force Awakens. Therefore, it’s also safe to assume that we all have our favorite theories about the origins of Rey, the Skywalker Trilogy’s main character. No one knows anything about her past, not even herself, so hundreds of fan theories have been created to try and predict her origins before they are revealed in episode 8 or 9. Post your favorite ones here!

I’m gonna start with my favorite: that Rey is the reincarnation of Anakin Skywalker. This is one of the more outlandish ones (probably not as outlandish as this one), but if you rewatch episode VII with this theory in mind, it actually makes a lot of sense.

We all know that Anakin failed to bring balance to the Force. So to punish him, the Force reincarnated him as Rey and then had her parent/parents abandon him/her on Jakku until the Chosen One was needed again. We all know Anakin’s opinion on the desert, so this was the Force’s way of getting back at him. The Force was undoubtedly thrown out of balance again when the First Order formed, so the awakening that Kylo Ren and Snoke briefly discuss is likely the Force setting the events that will cause Rey to leave Jakku and begin her journey to once again restore the balance in motion.

One of the biggest pieces of evidence for this theory is the similarity between Rey and Anakin’s character. Believe it or not, she actually has more in common with him than she does with Luke. Both Rey and Anakin are skilled mechanics, with Anakin building a podracer when he was only a little boy and with Rey dismantling Star Destroyers for a living and being able to make quick repairs to the Millennium Falcon. Both Rey and Anakin are pilots, but it’s unclear if Rey’s piloting skills are comparable to Anakin’s. Droid speech also comes more naturally to the two more than it does with most other characters, and Rey and Anakin treat droids with more respect than others as well. Finally, the robes that Rey wears for most of the movie bear more than a passing resemblance to the ones young Anakin wore in The Phantom Menace.

This theory also sheds some light on Rey’s force vision. Anakin’s lightsaber called to Rey because it is, in a sense, hers. It also explains why the first thing she heard in the vision was Darth Vader’s iconic breathing (though that might have been because of Anakin/Vader’s connection to the Saber). The first thing Rey sees is the dual between Luke and Vader in episode V, which is important because that was the beginning of Anakin’s return to the light and his redemption (which is supposed to be continued through Rey). She also hears Obi-Wan’s voice towards the end. While that might also prove that she is a descendant of Obi-Wan, it could also be hinting on how he was important in Anakin’s life.

One of the biggest questions concerning Rey (aside from her origin of course) is why Kylo Ren seems so interested in her. If Rey is the reincarnation of Darth Vader, Kylo likely feels the similarities between the two through the force. Kylo is obsessed with his grandfather, so that would likely carry over to Rey if he felt she was connected to him in some way. This also explains why Luke feels conflicted at the end of the movie, according to the screenplay. Luke also feels the similarities between Rey and Anakin, and is afraid to train her because he doesn’t want to risk unleashing another Darth Vader on the galaxy.

I probably didn’t do this theory justice. Just look it up on Reddit or Youtube if you still aren’t convinced. And of course, watch the movie again with this theory in mind. It will make a lot of sense.

So that was my favorite Rey theory. What are yours?

My favorite is that she’s a Kanobi.

That she’s a Kenobi and a Skywalker simultaneously.

My favourite theory is that she’s a Kenobi, but I don’t think that’s very likely. It’s most likely that she’s Luke’s daughter, or the daughter of someone we haven’t met yet. Personally I’d suspect the latter- It would just feel too obvious and honestly boring. I think Kylo’s the Skywalker for this new generation, another would be too much.

Another more complicated theory (Quite similar to the one mentioned here) I’ve thought about, is if Alpha Supreme Emperor Leaderman Snoke is actually Darth Plagueis, and Anakin Skywalker was his force creation, then there’s reason to believe he could try to do the same again, try to make a new version of Vader after the first turned on Sidious and screwed everything up for the empire. That’d also explain why Rey was called to Luke’s saber, It was Anakin’s before it was Luke’s.

It’s been confirmed that she is not Luke’s daughter. I forget where, but it has been stated.

She is a Binks.

When the Emperor fell, Jar Jar went into hiding and trained with the force, increasing his power beyond measure. He had the power to rule the universe, but it was tearing him apart (Lisa).

His body torn asunder, the force manifested itself as two beings. One was powerful with the light side, and one with the dark. Rey and Snoke Binks. Two beings destined to decide the fate of the Galaxy, a long time ago, far, far away…

I have a theory myself that Rey is Luke Skywalker’s daughter.

Generic, I know, but in my mind that’s the only way TFA makes sense for her.

Basically, my theory goes that Kylo Ren killed almost all the trainees but Rey was the last surviving one, with Luke sending her into hiding and wiping most of her memory. Thus, he dumped her off at a planet and went into hiding, separating the map pieces.

As such, Rey actually has some sort of “muscle-memory” of the Force, being able to pull off stunts like Force Mind Tricks and Force Pulls. She’s also an excellent fighter when it comes to a lightsaber, so I think she was also formerly trained but doesn’t know it just yet.

It would also explain why Kylo Ren is interested in her. He might be astonished on how one trainee managed to escape his grip.

She’s also a Skywalker. The lightsaber affected her and she got visions of what LUKE himself saw. The lightsaber dual, Kylo killing everyone, Luke with R2-D2. These are Luke’s memories and foresight.

Plus I find this to be proof enough:

“The Saga films focus on the Skywalker family saga,” she explains. “The stories follow a linear narrative that connects to the previous six films. The Force Awakens follows Return of the Jedi and continues that generational story…" 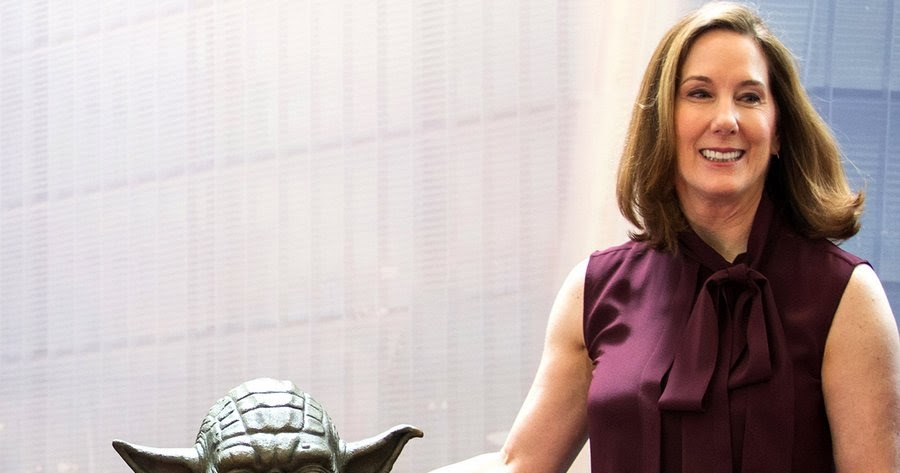 Kathleen Kennedy Confirms Saga Films are About 'The Skywalker Family'

By: Dominic Jones Ever since Star Wars: Episode VII The Force Awakens  was announced back in October 2012, fans have wondered whether...

But those are just my thoughts.

The whole “muscle-memory” concept would explain how she managed to mind-trick that stormtrooper and all that, but Rey couldn’t have been a student of Luke’s. According to the novel Star Wars: Bloodlines, Rey was already on Jakku six years before the temple massacre.

One of the biggest questions concerning Rey (aside from her origin of course) is why Kylo Ren seems so interested in her. If Rey is the reincarnation of Darth Vader, Kylo likely feels the similarities between the two through the force. Kylo is obsessed with his grandfather, so that would likely carry over to Rey if he felt she was connected to him in some way.

I just thought that Kylo Ren was interested in her because she’s a force user, and one who just discovered their powers. After all, a new force user is easier to turn to the dark side, then an experienced one.

According to the novel Star Wars: Bloodlines, Rey was already on Jakku six years before the temple massacre.

Hmm… I could always modify this then. Perhaps, then, Luke sense Kylo was straying toward the Dark Side and wanted to make sure he hid his daughter before anything happened.

He’s lied before with Khan from Star Trek Into Darkness.

He’s probably trying to throw us off guard.

Great point I hope she is Lukes daughter.

I wouldn’t mind Rey being Luke’s daughter, and it is one of if not the most likely theory, but it just seems so obvious and cliche. I would like to see them do some thing more out-of-the-box, like the Kenobi or Dark-side Rey theory.

“The Saga films focus on the Skywalker family saga,”

While that’s true, It seems like Kylo Ren is the skywalker for this generation. Rey being a skywalker seems too obvious. Star Wars historically likes it’s plot twists.

It seems like Kylo Ren is the skywalker for this generation.

Except he can’t. He’s a Solo now. He might carry the blood, but by last name he’s no longer a Skywalker.

I wouldn’t say it being obvious is a bad thing. Plus, I don’t believe Rey’s parentage will be the big plot twist in the next film. That would be too easy in itself.

I think the Skywalker theory is too predictable. When we find out who get parents are, I want to be surprised

I think Luke is the father, and a Kenobi is the mother.

That would be interesting…

I just thought that Kylo Ren was interested in her because she’s a force user, and one who just discovered their powers. After all, a new force user is easier to turn to the dark side, then an experienced one.

@boehmond Kylo’s fascination with Rey seems to deeper than just wanting to corrupt a powerful Force-user. When she pulls Anakin’s Lightsaber out of the snow in the novelization, Kylo says: “it is you.” It’s like he was looking for someone and finally discovered that Rey was the person he was looking for. It might have been Luke’s daughter or the Chosen One reborn, but either way Kylo’s reaction was very interesting.

I also find it odd how Kylo seems to know Rey (indicated by the “what girl?” scene). No theory I know of has an explanation for this, except for the ones that say that they trained together under Luke (but those have been debunked).

Hmm… I could always modify this then. Perhaps, then, Luke sense Kylo was straying toward the Dark Side and wanted to make sure he hid his daughter before anything happened.

That is very likely, but I forgot to mention that no one in Bloodlines mentions Rey at all. You’d think that Luke would be thinking about the 5-year old he’d just orphaned a lot, and that Ben Solo and they other apprentices would talk about her frequently. Rey was born before Kylo Ren (Rey is 19, Kylo is somewhere around 26), so Luke must have had another reason for hiding her if he is her father. Maybe it was the rise of the First Order that prompted his decision?