1.)No OP or ridiculously powerful characters.

Does this just not count then? Does the first rule in the sign ups actually mean anything?

It’s never actually been enforced. I still can’t believe that he allowed Doug though

Does this just not count then? Does the first rule in the sign ups actually mean anything?

Mctoran has a tendency to let anything through

It doesn’t always work out well.

It doesn’t always work out well.

Oh really. I hadn’t noticed. Everything seems fine to me.

In all seriousness this is a big problem. A good GM should enforce the rules they put in place. Especially when the neglect of this rule in particular has caused major problems in the RP.

Well I have talked with Mistika in private, so we could be clear on what I did and did not want for these characters.

Gender: Although there are a few females in this race, The Xir’algath are predominately male, and women are scarce.

Shapeshifting:
They alter all or parts of their body at will into anything they please. They can increase their mass without losing density, and can harden or soften the density of their bodies. They can stretch as thin as a single atom, and slip through even the smallest of spaces. They can also take the shape of beings that they have previously encountered, and be an exact replica down to the smallest hair. Thir shapeshifting can even fool those closest to the being that is being copied.

Regeneration/rejoining:
If part of their body is removed or seperated, they can simply just reattach it. Each individual cell in a Xir’algath’s body functions independandtly, and so separated chunks of their mass can temporarily take on an slight individual sentience until returned to the main body. If a part of a Xir’algath’s body is completely destroyed, (Which would be unlikely) they can simply regrow entirely new parts to replace them. A Xir’algath can regrow their entire body from even a single remaining cell.

Spikes:
Xir’algath have bone-like spike potrusions on their bodies. These can be used to scrape, slash or stab an enemy, and, in pinch, can be ejected from their bodies like quills and shoot towards an enemy.These spikes contain a lethal venom, capable rupturing every cell in its victims body shortly after infection. Chance of survival from this venom is extremely low, unless the antivenom can be formulated and distributed to the victim in time.

Resiliance:
Additionally, Xir’algath are extremely resiliant and adaptable creatures. They can withstand even the most extreme heat, cold, radiation and pressure. They also are immune to the effects of reality warping, and cannot be effectively subjected to it.

Xalnergy Manipulation:
This ability is only held by a few. Xir’algath who rise to a certain rank of power within the empire are given access to Xalnergy.
Xalnergy itself is a very rare element, one of the rarest in the entire Multiverse. It originate from The Chao Umbra, a deep black pit of destruction, chaos and darkness at the bottom of the Multiverse’s center. Xalnergy is only compatible with very few beings. Examples of when compatibility is allowed is when a host possesses great physical strength, willpower, or are “worthy” or “destined” to use it. If a host does not match any of these criteria, they become consumed by the Xalnergy and die a painful death of disintegration.
Most beings who wield Xalnergy are capable of creating and blasting Xalnergy beams at their opponents, creating energy vortexes, teleportation, and are given super strength and speed. They can also create rifts in time and Space, and bring things out from a certain location or time period. This could even mean bringing back dead people by retrieving them from a point in the past before their death.
Beings who are especially powerful or skilled in the use of Xalnergy can create and inhabit pocket dimensions, in which they can create and reinvent the laws of time and physics to their own whims. Essentially, they become gods in this realm, and anyone who finds themselves in one of these pocket dimensions are at the mercy of its creator.

Appearance: Tall, Black, oily and Muscular. They have bone spikes protruding from their bodies, and every Xir’algath wears a mask that is exactly like the Gamemaster’s mask.

Biology: The Xir’algath’s biology are far different from any other being in the multiverse. Due to their shapeshifting and regenerative abilities, they do not have a skeleton, or any organs or blood. Essentially, they have no “Weak point”, as every part of their body is made of the same substance. They do not have any nerves either, and therefore cannot feel pain. Reproduction-wise, the Xir’algath don’t usually sexually reproduce, as they are immortal creatures. However, it is a possibility. Usually, when a Xir’algath reaches the end of its “natural” lifespan(By which I mean they grow bored of life), they can asexually reproduce by having their biological material recycled for a new being (Similar to regeneration from Doctor Who).
Their physiology is also different from usual creatures; Xir’algath are not “organic” in the way that most people think of biological creatures. They are living, thinking entities, but their cells are not made from normal biological material. Their cells are practically indestructible and omni-regenerative, and do not age like normal organic cells. there is only one element in the entire multiverse that can permanently destroy and degenerate these cells. However, it won’t be featured in this RP.

Personality/Bio: The Xir’algath are beings who exist and were created outside the multiverse at its beginning, and therefore have no “origin universe” to speak of, and there are no alternate versions of themselves in any Universe; The Xir’algath are the only versions of themselves to ever exist, and it will forever remain that way. Meaning every action they do in one universe has no alternate outcome in another.
The Xir’algath collectively care about only one thing at this point, and that is the conquest of the entire Multiverse. They wish to conquer and invade every universe, until they remain become the Multiverse’s sole rulers, and rule above all Eternity. They are committed to this one cause, and nothing else will ever divert them from this goal.

well the lids come off

Bio:
A soldier from the Celerion Government. A senior to many of the Masters. 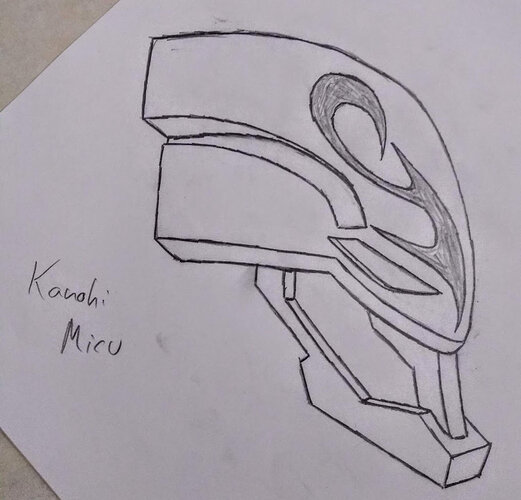 Reto: a Celestial implant that allows the Celestial to freely move in space and fly.

Bio:
A soldier from the Celerion Government.’ 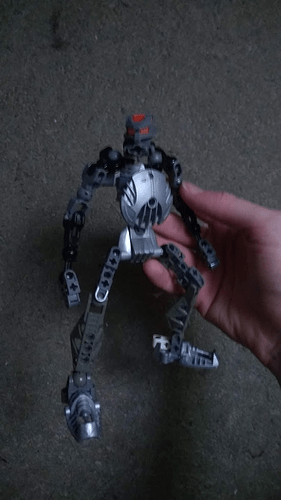 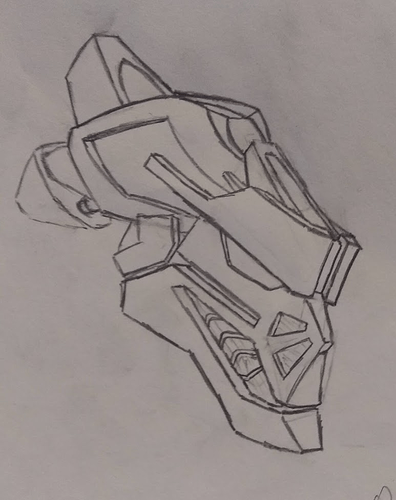 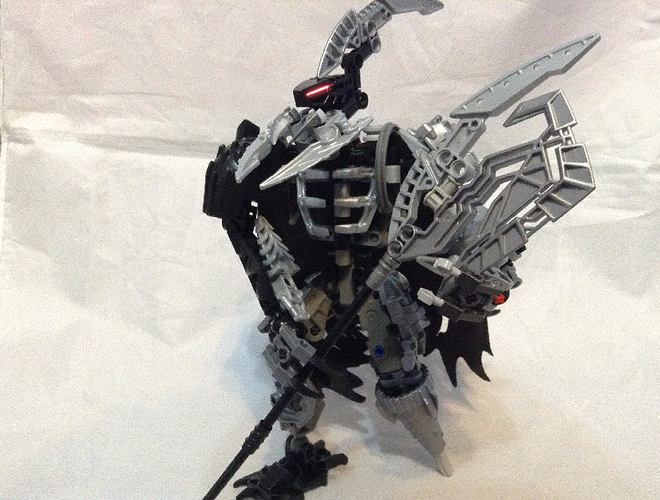 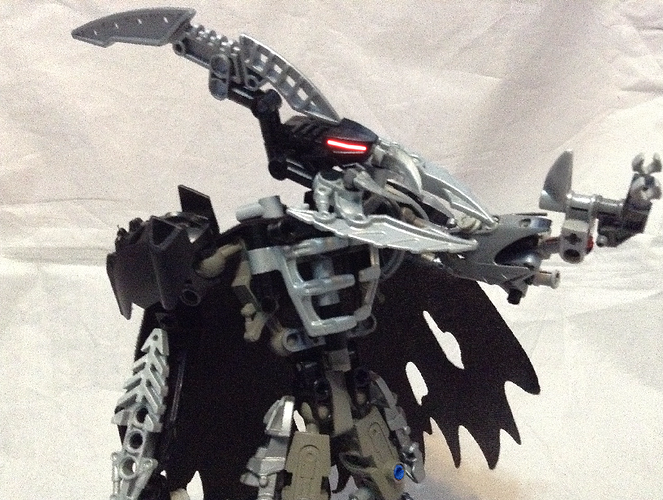 Glow eyes 3.PNG818×616 818 KB
Bio: First place army general of the League of Shadows, Meckalim was assigned to supervise the invasion of the planet. He is arrogant, but intelligent, as he is an experienced army general. He possesses a little shadow power, but has the control over the Arglak minions. In the battles he was, he lost a leg and an arm, which were replaced with some fully-mechanical ones. 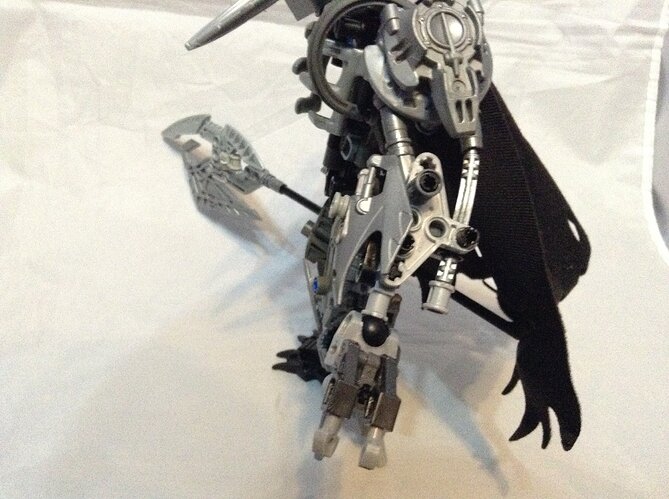 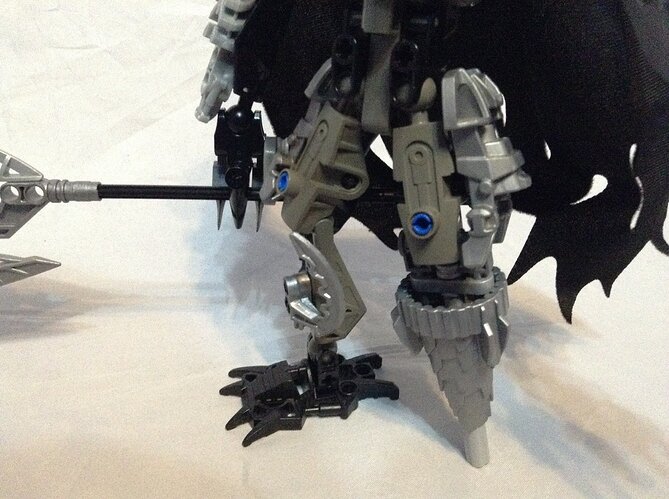 Name: Julian Casper
Alias: Coffee Cup
Gender: Male
Alignment: Hero but he’ll try and stop them if need be
Affiliation(s): UN CTO, specifically Yakiv
Generation: He’s a rookie on the battlefield but well trained
Powers/abilities: He is a sniper with a few rifles and proper snipers
Appearance:
Like Yakiv but without the gas mask
Personality/Bio:
Julian is very effective at following orders, he’s new to this but he’s still menacing to some

First. Why is his codename coffee cup?

Second what do you mean like Yakiv without the gas mask?

Name: Logan Morgan
Alias: None
Age: 5
Powers: teleportation, but only to places he can see or has been to.
Appearance: light, fair skin, green eyes, dark and messy hair
Bio: Logan is the son of Katrina and Bruce. He is friendly and outgoing, as well as mischevious.

Name: Sophia Morgan
Alias: none
Age: 5
Powers: power over air, fire, and water, but all to a limited degree for the moment.
Appearance: olive skin, brown eyes, light brown and long hair.
Bio: the daughter of Katrina and Bruce, and Logan’s twin sister. She is quieter than her brother, and she is also more compassionate. She, too, is mischevious.

Personality/Bio:
When Eduardo was killed by Connor, military scientists rebuilt him and several other dead people into one super military robot, his face changes depending on whatever he is needed to look like

He is programmed to help humans and be welcoming to all, however, he is more on the military’s side than the heroes

Gender: None but uses male pronouns

Alignment: whatever the plot wants him to be

Affiliation(s): Life, the universe and everything 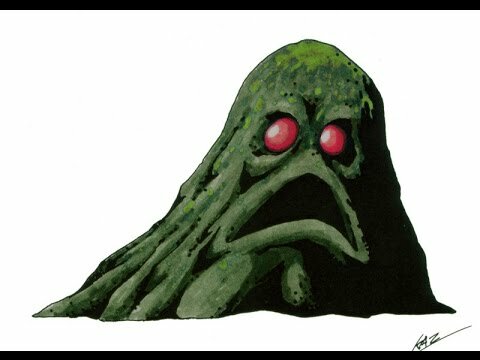 (his true form is a much larger multiverse)

HISTORY WAS WRONG!
There is always something, before our multiverse lived a different, much larger land nicknamed utopia, it was beautiful and everyone was happy, but it was destroyed, by careless aliens, angry at this Utopia created a disease that made them suffer as much as possible in front of their loved ones, but the disease was unstable and killed all life, Utopia was all but destroyed and then there was nothing, then a new land replaced him, it was called the multiverse, it created six species to fight Utopia, but one of these species betrayed them and were forevermore known as the Xir’agrath! They had a war against the other species which lasted billions of years until another species (the infinites) sold slaves of their race, but when they ran out, they sold another species (the immortals) into slavery in the name of their empire as a peace offering!

Engaged, Utopia created millions of dark lords to hunt down and destroy the last living Xir’agrath but he remained unsuccessful and was killed by the Xir’agrath, until he was found and turned into a dangerous serum, when Project Ultimate was destroyed, Utopia was reformed from his boogers

@Mctoran: I tried to keep as much as I could the same whilst making Utopia more powerful

Powers/abilities:
Caesar has improved his copy ability in the years since the invasion. He can still only copy 5 abilities at a time and only after watching it for a minute, but now he can give one of his powers to someone by touching someone, and take it back in the same way.
Current Power Set:
-Flight
-Super Strength
-Super Speed
-Energy Projection
-Hamon- also called “the ripple”, it is a breathing technique used to control the user’s life energy. It’s incredibly versatile, as it can not only heal and empower attacks, charging an object or person with it can cause it to move erratically, attack the user’s enemies, create shields, and countless other possible uses. It is also extremely effective at destroying undead monsters.

Appearance: His appearance hasn’t changed much, aside from that he’s a bit more muscular and his hero suit has been updated.

Personality/Bio: Older and wiser now than before, Caesar has learned to better control his emotions, and breakdowns have been kept to a minimum as of late. After the invasion, Caesar realized that he needed to get stronger if he was going to defend the earth. So, following some leads he picked up, he travelled the world and found someone willing to teach him. There he learned how to use Hamon and to give his abilities to others.

I swear Caesar likes her