In the time of absense I have had from the boards (approx. December to march…?), I’ve built a few moc’s which I’d like to show around here so to kick it off I’ll start with an alternate version of myself: Altron Nuva! 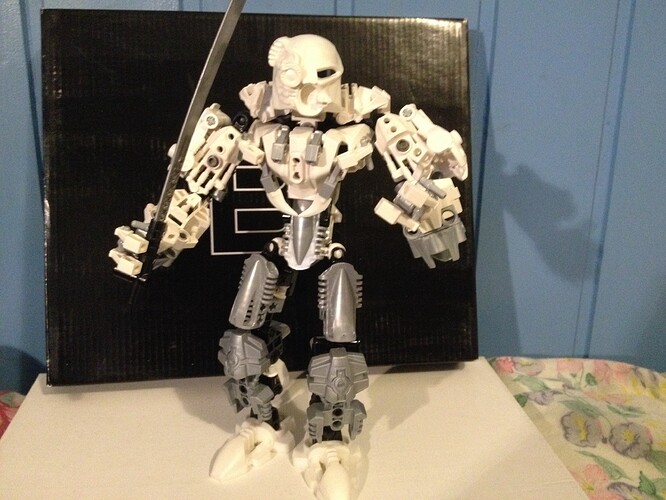 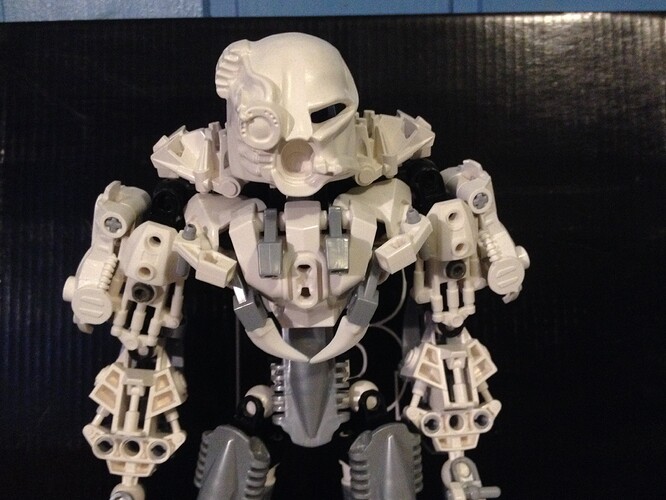 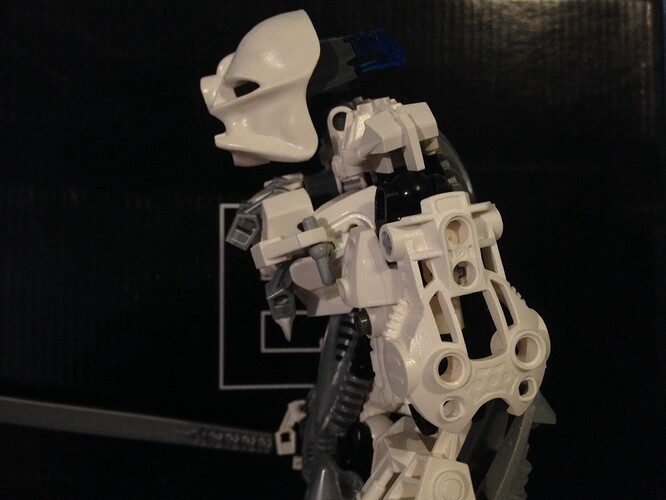 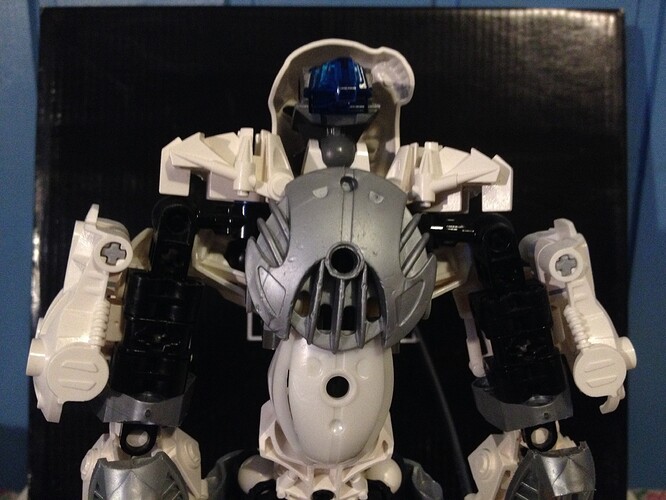 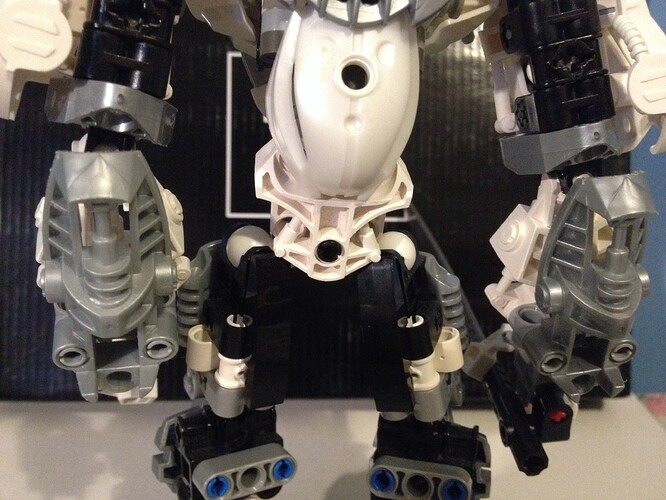 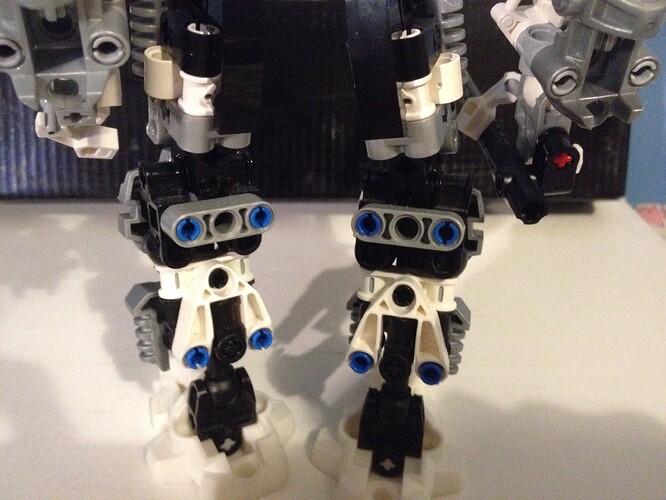 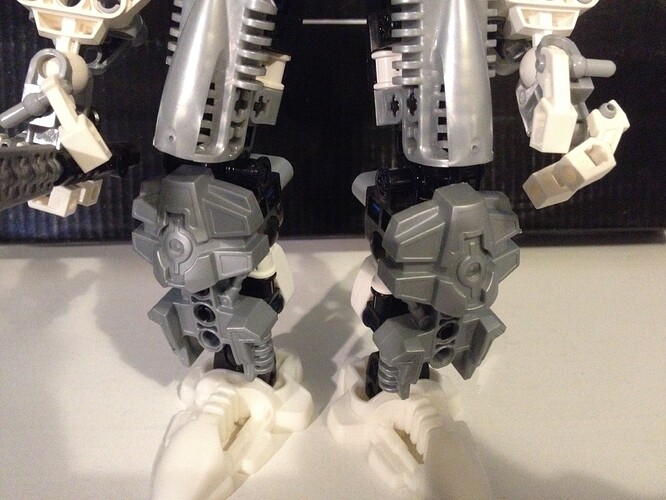 image.jpg3264×2448 2.37 MB
Here you can see that those grey 90 degree axle pieces became pretty useful in a protector of fire style: 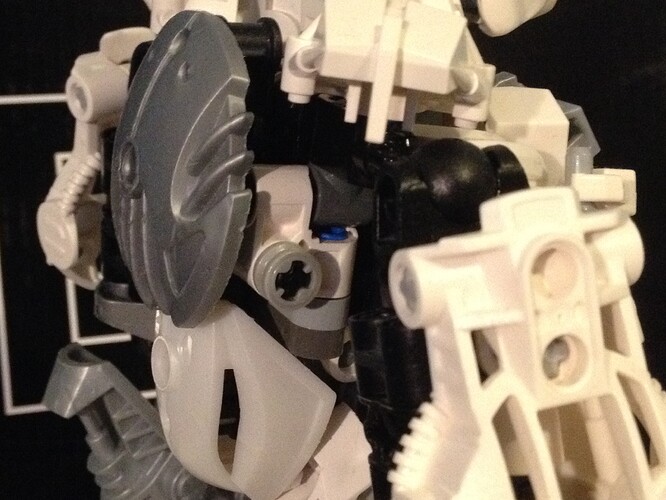 image.jpg3264×2448 1.42 MB
His neck is connected to his chest ccbs “paw” piece via a glatorian neck, thus making it a little bit difficult to move the head without moving the chest but I was going more for looks anyways: 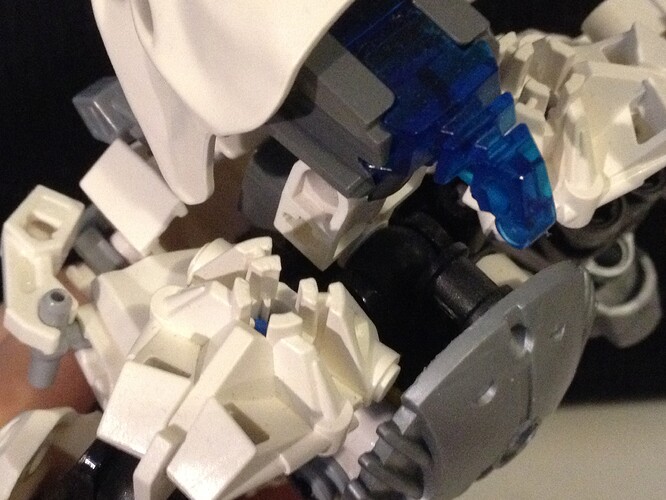 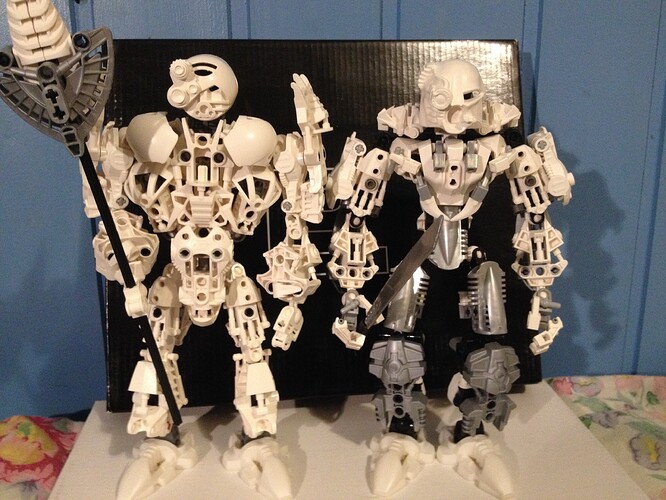 I dig that paw chestplate with all the exo force arms a lot.

I think the weakest part of the MOC is easily the oddity of the shoulders and the Mata heads.

Finally made a topic for your mocs, Woo!

Looking forward to seeing more in the future.

Looks pretty nice. In general he’s a lot cleaner and a lot better looking than the original Altron, and that chestplate is pretty sick. Where is is lacking, though, is in the color scheme. His legs are all based on silver with uneven mixes of black and white, while his arms and shoulders are all based on white. Would it be possible to flesh it out so that he’s primarily white with prominent silver accents, similar to what you did in the chestplate?

The lack of white on the legs was mostly due to lack of proper white pieces that would achive the shape I was looking for, at the time of building of course, but hopefully in the future I might find some white hordika feet to replace the silver ones to even it out a bit more. Also thanks to yall from the comments and critique keep it coming its always welcome.

The lack of white on the legs was mostly due to lack of proper white pieces that would achive the shape I was looking for,

If you plan on keeping the silver on the legs, may I suggest maybe replacing the white Inika shoulder armor on his arms with silver ones? I feel like that would be just enough to even out/balance the white and silver of the MOC.

Might try how that looks whenever I get a second silver inika shoulder, but I still aim to make him more white though.
Also posting some matoran: 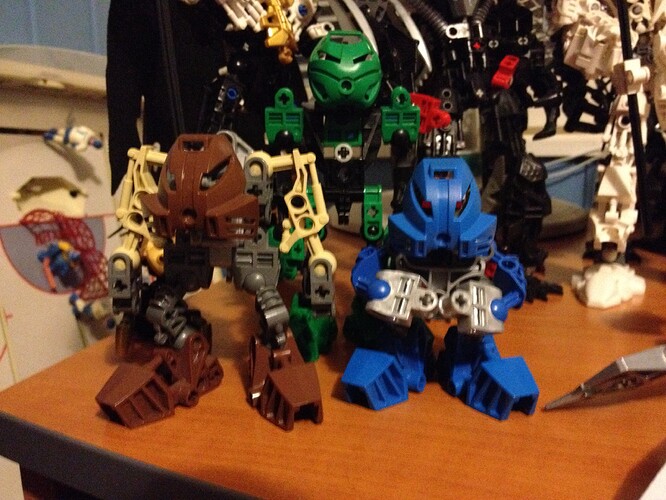 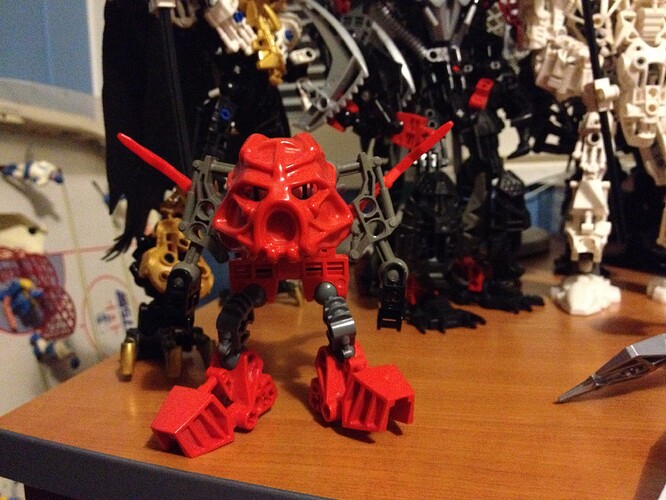 They look great! They have lots of variety. My favorite is the ga-matoran.

so it bugs you that JMP’s basicly Onua Nuva?

Anyway Altron, very nice mocs! I love the character in them!

Another moc to showcase, this time @ToaOfUltimateDoom’s self moc Vortrakk!: 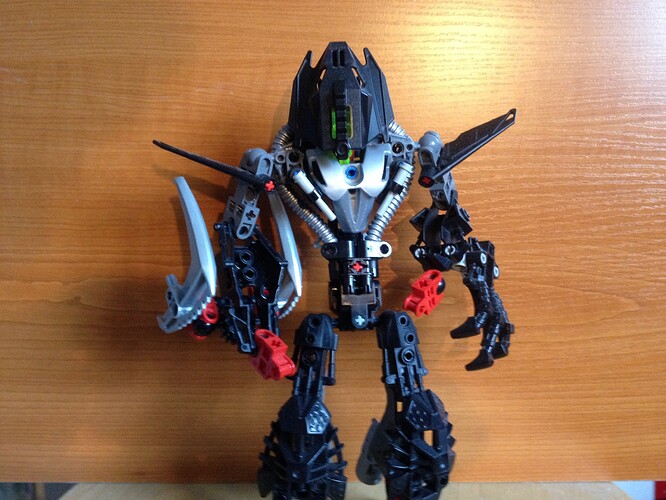 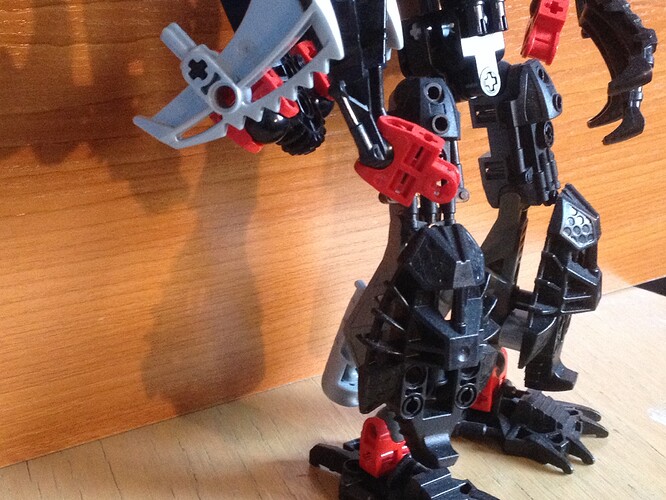 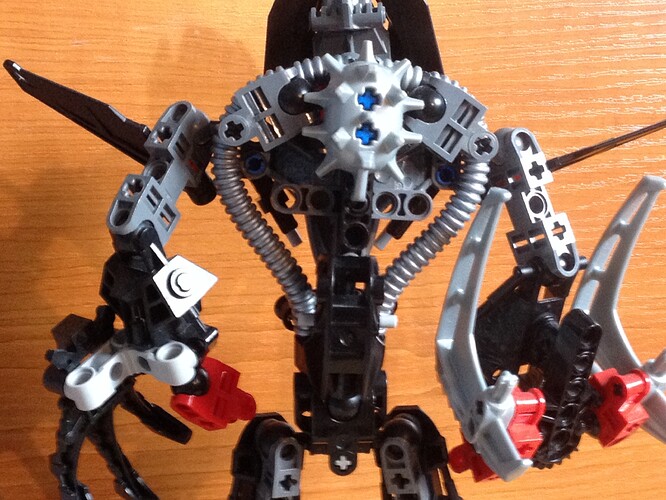 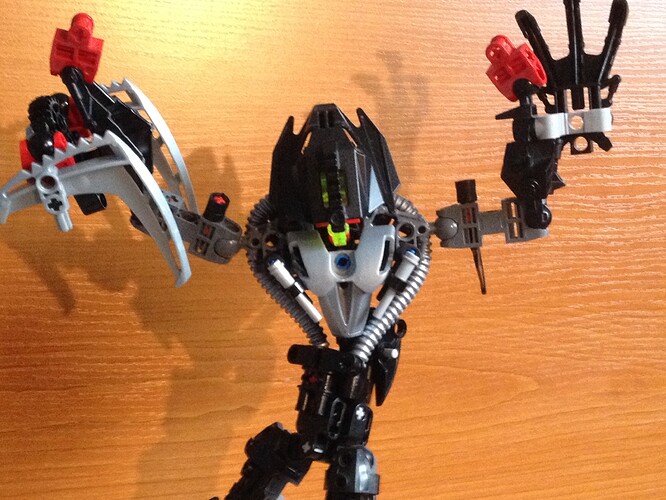 image.jpg3264×2448 1.71 MB
And to finish it off heres a comparison between him and @Scarilian brutaka build: 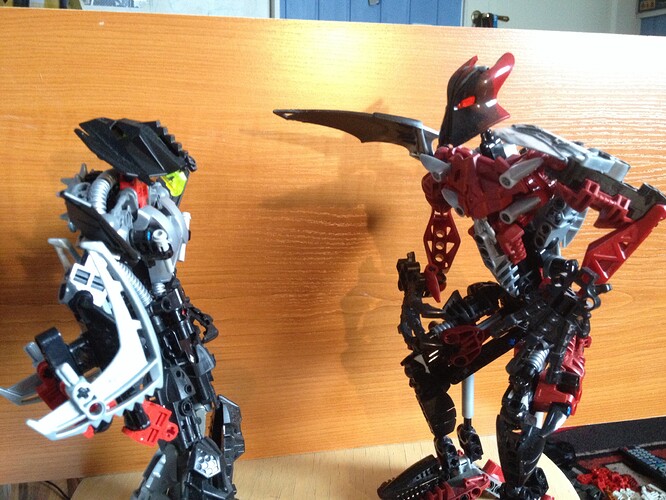 Pretty much agree with nyran

mata heads are off

I like that Altron Nuva quite a bit. Much better than the normal Altron. 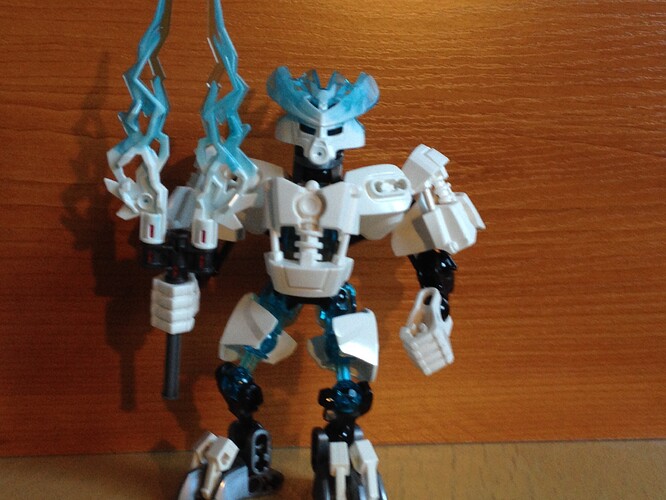 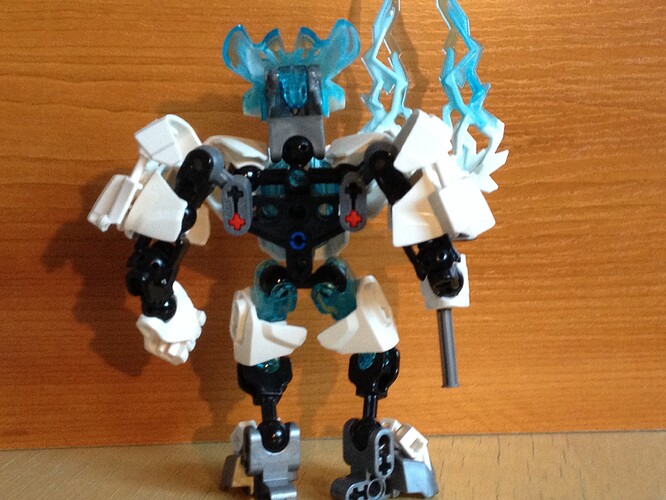 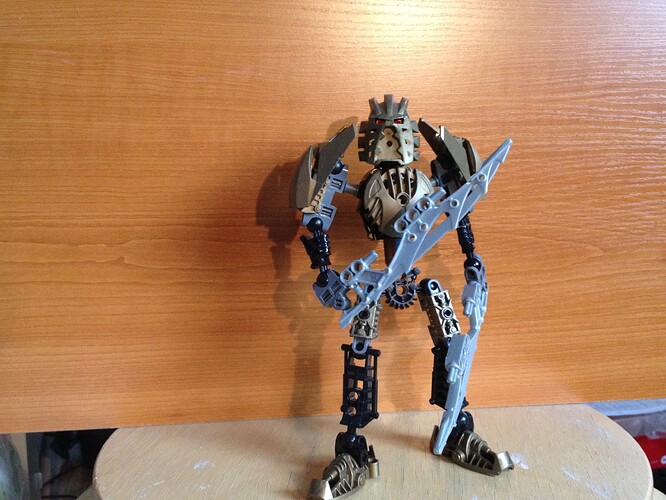 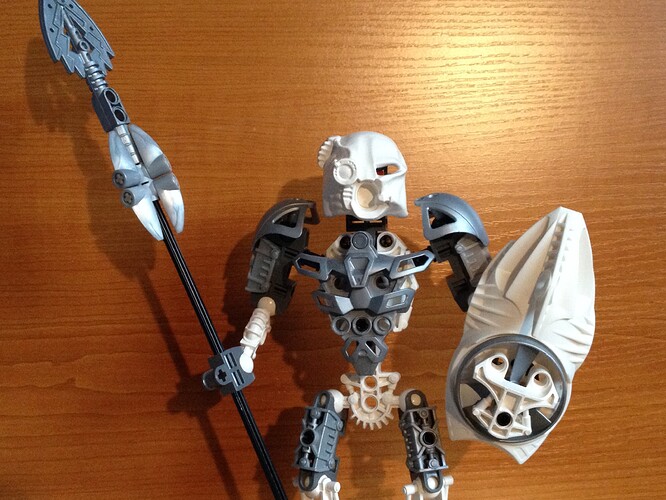 Here’s a sneak peak for something that should pop up relatively soon: 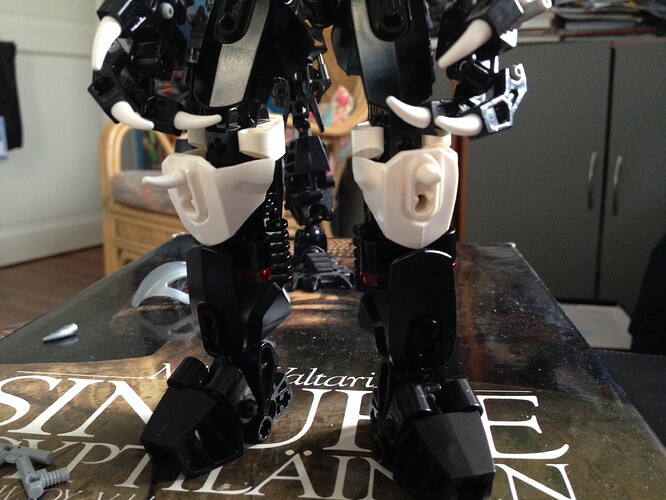 no idea who it could be

Whoever it is, he/she has glorious legs.