Ok, so the creatures, the carvings on their heads and the armor, do you guys think its natural or ekimu made them
Or what do you think,

Jang explains why he took out the click sounds here 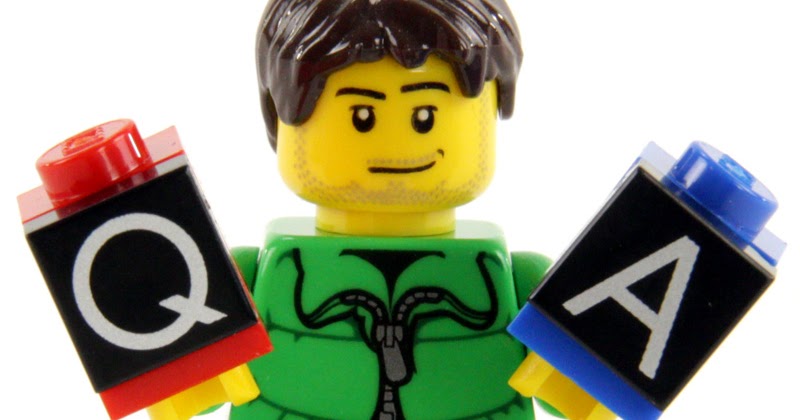 I like to think of the bests as ancient demons of the island.
Anyway, do you guys think Umaraks horns are unnecesary or do they really improve his looks?

Personally, after watching him without the horns in that one pic, can’t even imagine what would have happened if they didn’t put those amazing horns. Sure they still make the mask pop off easier, but if you are like me and play the kanohi game G2 style you know how much OP is a character when they have the skull sword, so I’d say they are great for playability, and looks.

No. Actually the Creatures are the most ancient beings on Okoto made by raw elemental powers. They helped hiding the Golden Masks of Unity away from Makuta.

So they are natural?

Hey guys. Remember not to talk about colors here. There is a topic for this:

Hey guys, if you want to look at the full glory of the unity modes looks at this review I found 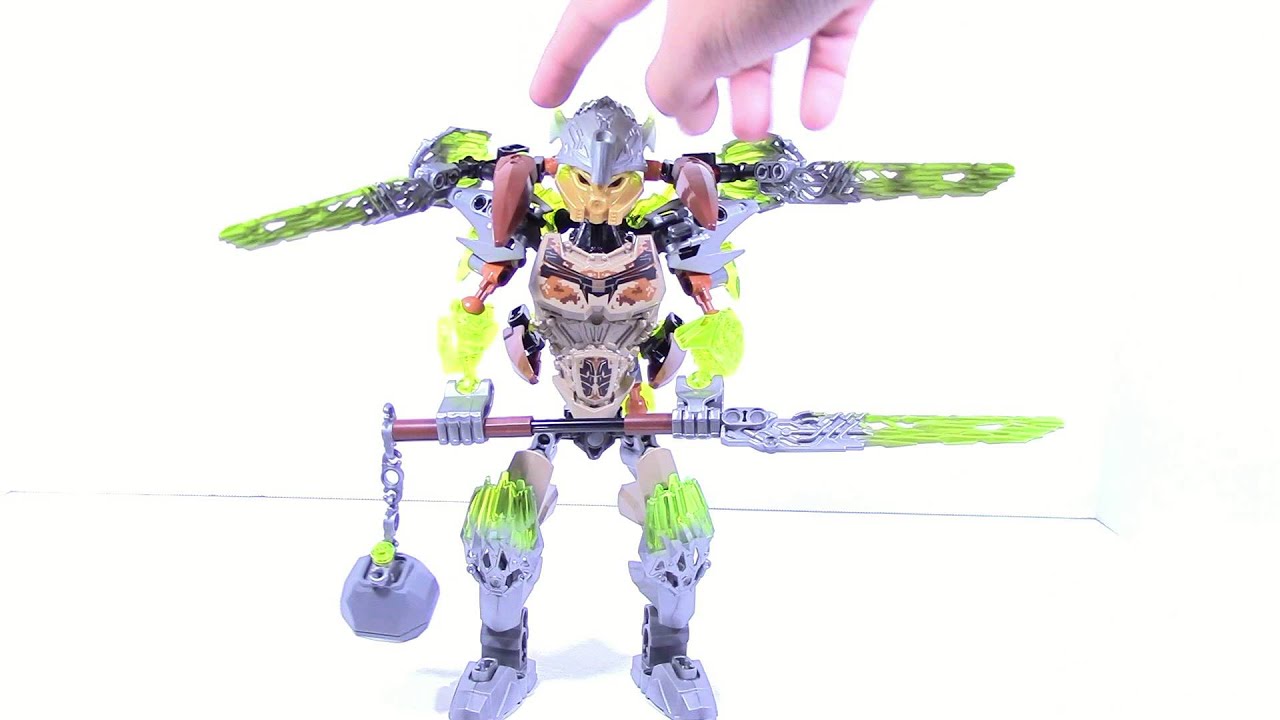 Speaking of topics, we need a GotT and RoSS topic. I really want to talk about those books

That can go in the 2015 discussion topic.

Well, we have a topic for IoLM, why not the new books, too?

If you want to make a topic about them, go right ahead, but honestly I don’t see the point to a new topic for them.

after seeing that my main problems with gali now are:
her arms are pretty high
her legs are too skinny
and like with all the smallest toa, silver on gold… nah…
but she looks pretty cool
her combo is good

Why not Books in General? Why have spam-ish topics for other books when you can have one UNIFIED topic for all the books and then you can discuss about them together with no problem.

PS: Uxar and Umarak, I will have you both, You will help be complete the Triforce that is Umarak (Power), Tahu (Courage), and Gali (Wisdom).

Just a little question I have to ask, what the most violent Bionicle death on screen?

As shown here, you asked for on screen deaths, what the movies portrayed, not expanded upon in the other media. So going off the movies alone, all these characters had a situation portrayed in the intention that they died.

In the movie he appeared to, he didn’t get up after and his eyes went out (which in the film usually implies death given 3 prior films all used that rule)

In the movie she appeared to, she sacrificed her life so the Toa would use their powers to break the crystal that was linked to Makuta’s prison (thus freeing Makuta) her then dead body was taken by Makuta. She also had her lights go out, which was established in the prior films as being ‘death’

I kinda want to arge that the Bohrok aren’t actually “alive” but… they were Av-Matoran, and they have Krana…

Eh, not too sure on this one either, but it was portrayed in the film that something froze them, which was implied to have been Kopaka given his ‘freezing’ staff creates a similar effect when used against the Rahkshi.

Plus a majority were previous Av-Matoran so their existence alone means that their were deaths.

How? They were locked in cages and had their Kraata removed. Well, except Turahk.

Not in the films. In the films they all suffered fairly gruesome fates that appeared to be the death of them. Some were burned, frozen, sealed in glass, presumably disintegrated by light, etc…

Thse are robots though.

Still a violent on screen death in Bionicle, which was what you asked for :L

Looks to me like they’re all more complex. We’ve gone from basic CCBS with a gearbox tacked on to custom torsos and limbs in some cases (okay, so the custom limbs aren’t always great, but they’re more but to build)

In terms of functions, we’ve gone from a gearbox with a minimum of around 7 or 8 pieces necessary for its use, to a singular main CCBS body piece made up of 2 pieces.

Gali and Pohatu have staffs. Lewa’s Tonfas actually work with the function too.

Honestly, the best it would have worked with would have been 2015 Pohatu with his boomerangs, he’s shown using a spinning torso in the animations and in the comics to create a tornado. Using a spear or staff in a spinning motion is not how they are intended to be used, spears are primarily used for a stabbing motion not a spin and hit them with the end - as that limits the likelihood of the ends making contact and makes using a staff pointless (as it removes the advantage of fighting an opponent from a distance)

Those weren’t intended to be linked, was just sentence phrasing. The feet weaken the design by not matching the colour scheme and generally not fitting the overall style of the character. The over-complexity comes from the weapons where a majority of the piece count is wasted - Onua is essentially the same sort of level as Pohatu if you remove the weapons (as the weapons take up about 40 pieces by my count including the studs)

Personally not seeing why everyone is hyped over the Vorox piece, it wasn’t that good a piece to begin with and doesn’t fit the style of the G2 sets. Its nice seeing old pieces return, but the 2016 sets don’t appear to benefit from having it and it seems a way of just avoiding creating a new piece.

Toa’s new armor was made by ekimu, so seeing that in a ancient warrior would have been weird

But creatures have them so…

I like the slightly darker theory that the armour pieces are actually something which was attached to the creatures to control them, going with the idea of 2016 being focused around the Mask Of Control. E.g. like some sort of leash or harness.

So who’s horns are better or worse Umarak’s or Skull Basher’s?

Umarak’s have more poseability (copied the design, don’t own the set) plus they are generally smaller and not as heavy.

This. I feel these and the protector masks might work well for armour, shoulder pads or knee pads especially.

This is me waiting for the sets

Will have to wait a little longer to order them, given they don’t appear to be in stores near me and likely wont be until much later. If I’m lucky they’ll be in stock at a local store, but chances are i wont get them until they arrive on the 8th (earliest)

Why would G2 need to be edgier? Just look at the boxes! They have enough edges already!

I want g2 to be funnier and more vibrant, but thok white would be very unconventional for kopaka to have and would just be so …cool

I think the ‘Adventure Time’ style of having a funny vibrant focus hiding a much darker atmosphere would work well.

wait wait, “the beasts lived in harmony too” what?

Just speculating;
I guess that is Pohatu summarising that the islanders lived in harmony and the beasts (referring to all the creatures on the island) also lived in harmony, however the islands elemental energies were disturbed by the whole ‘Mask Of Ultimate Power’ thing.

Jang explains why he took out the click sounds here

Tis a sad day for us all, kind of liked hearing the click sound…

I love all of the gold pieces that go to trans orange. It’s so beautiful!

which was what you asked for

I didn’t ask for it. I was just answering the question. Just clarifying that.

I think the intent was for them to have staffs, not spears, which are used for hitting with the end(which I know for a fact, having seen them used in Karate). I mean, compare Lego’s past spears, like those held by Norik, Iruini, and Kopaka Master. All held by one hand. All these new weapons are two-handed.

not seeing why everyone is hyped over the Vorox piece,

I dunno, I just think it looks cool. That’s just my opinion though.

and it seems a way of just avoiding creating a new piece.

Didn’t LEGO say they wanted to bring back old pieces for the new BIONICLE?

If you want the function to work, it needs more than the two pieces, but that aside, I’m talking about the entire build, not just the function. We’ve now got custom arms, legs, and torsos. Sure, it doesn’t always look great, but it is more complex.

I actually think it gets updated a little later.