Hey, new member here which means I can’t post more than three images, so this will be split up into two parts. I just recently got into Bionicle through TTV’s podcasts (never really into Constraction as a kid, so Bionicle never interested me, but Bionicle as a system theme got me interested), so I decided to do some fanart based loosely off their official designs. I say loosely because I’m not a fan of all the armor being similar with color swaps, so I did my own thing while still keeping their designs in mind. 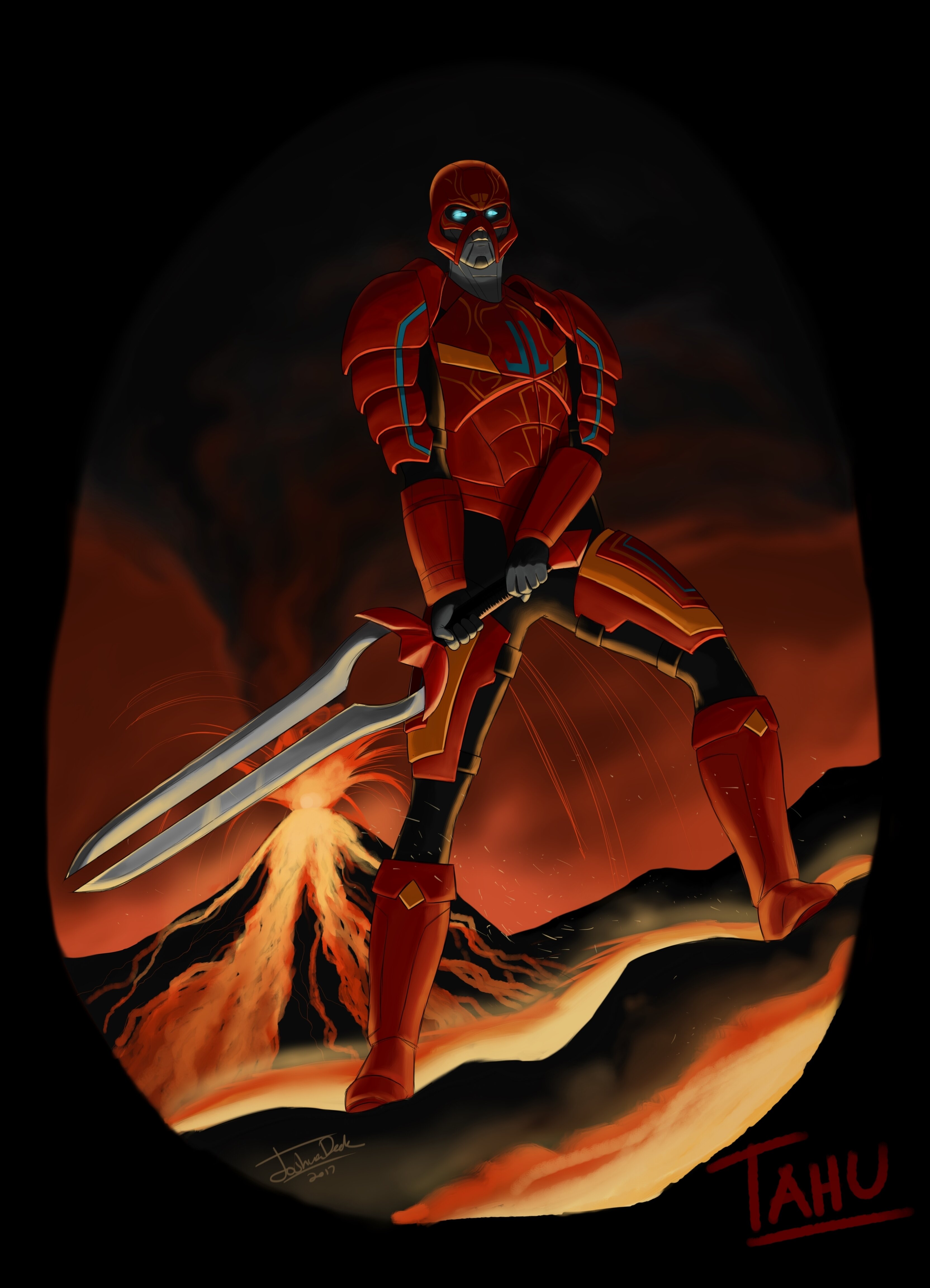 Here’s Tahu. You’ll notice they look a little more humanoid than they’re usually portrayed. I designed them so that they’re made out of a sort of synthetic muscle (think the nanosuit from Crysis). For Tahu, I originally had the idea that the blue markings on him could be an external cooling system that ran through his entire body to compensate for his surroundings, but ultimately scrapped the idea. 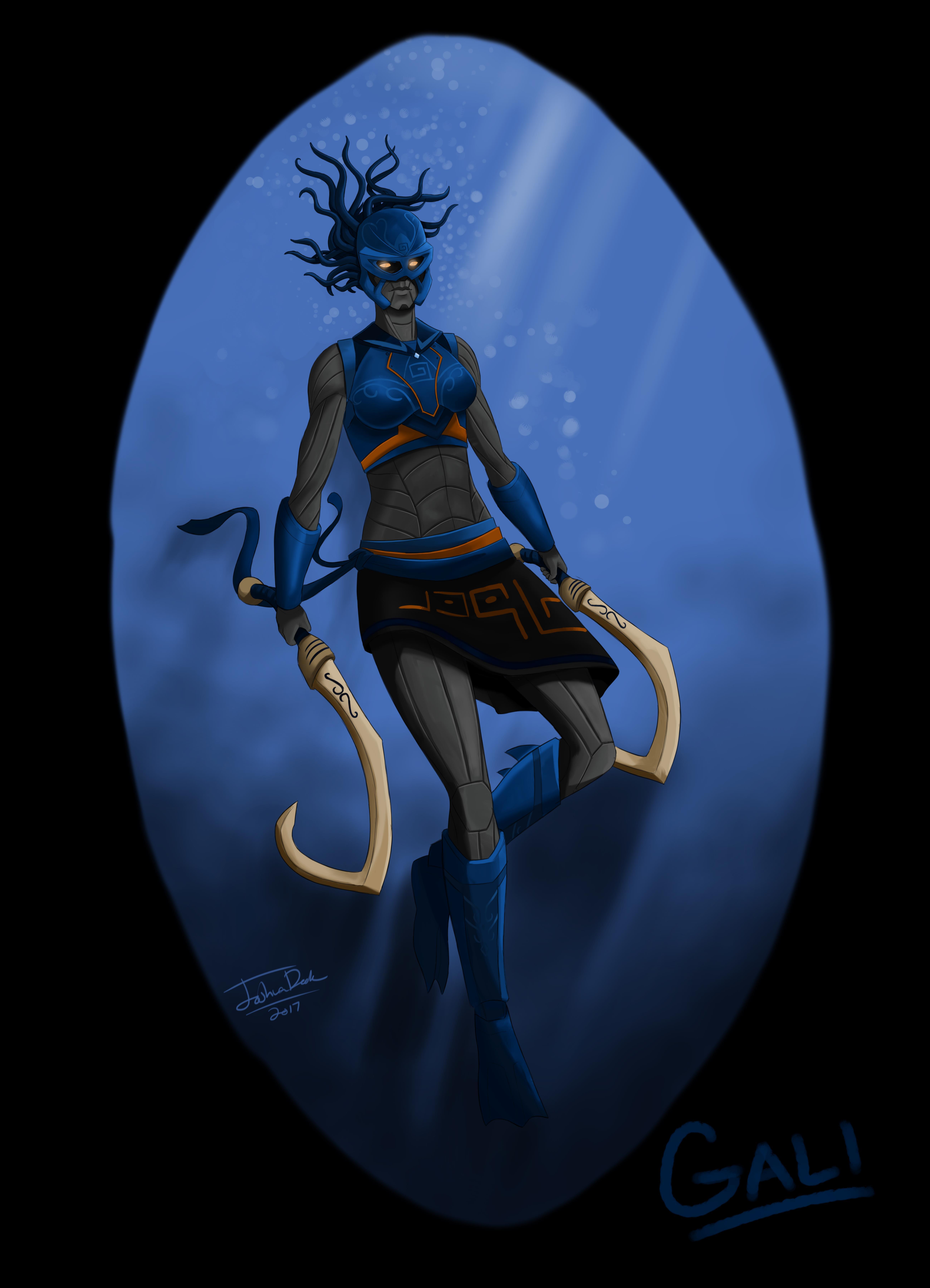 Gali. This design I went a little different with, giving her more of a swimmer’s attire, which lets you see more of how the synthetic skin/muscle thing works. And I did give her hair, though I designed it to look more like tentacles (or dreadlocks) to fit her element. When out of the water her hair would just lie straight. I figured this would probably get a little bit of controversy, but that’s why it’s fanart, not official designs. 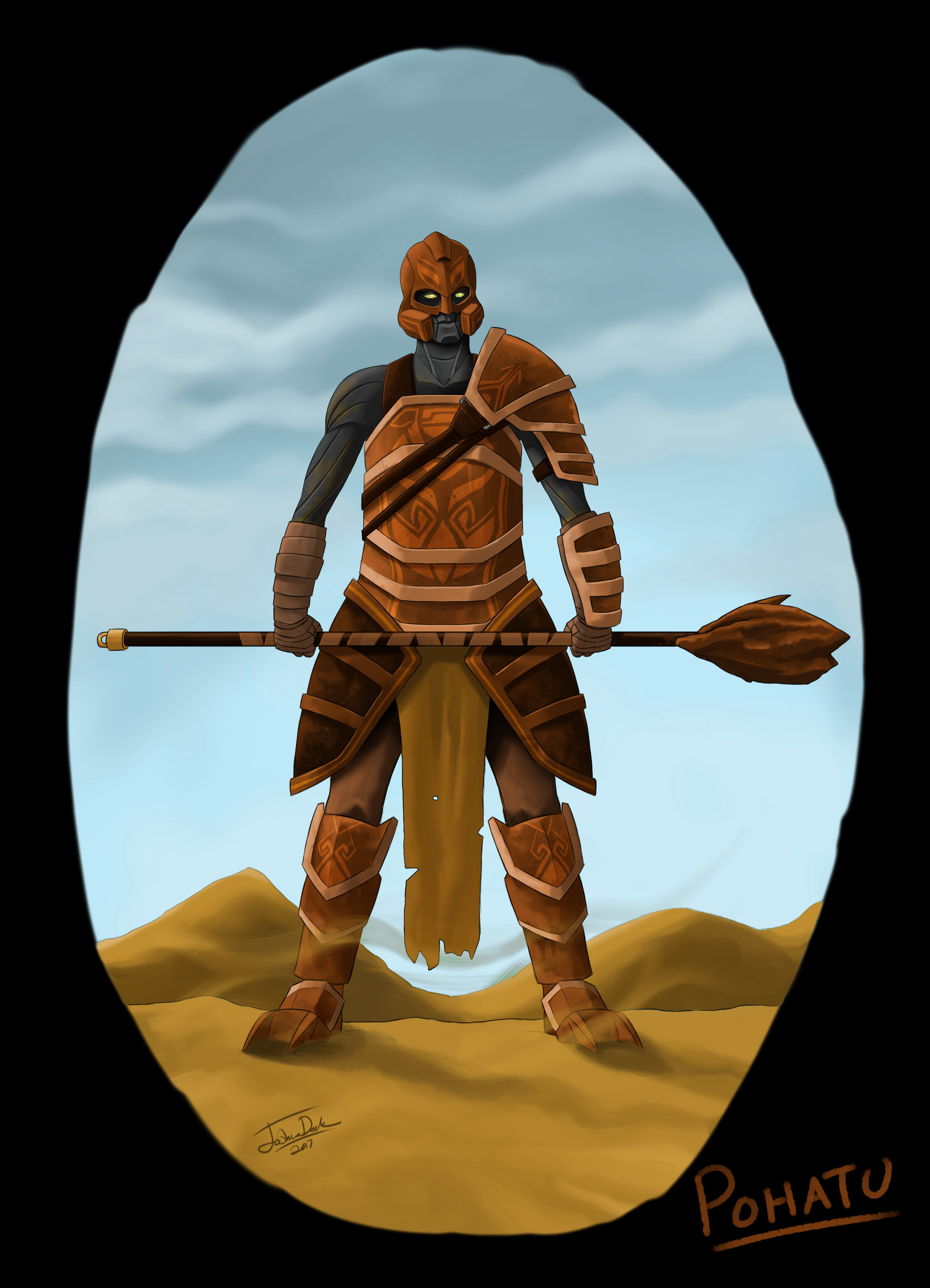 And here’s Pohatu. I really liked the design of this armor. It almost feels gladiatorial, with the asymmetrical pauldrons. I figure the armor itself is made out of some sort of sandstone, or ceramic maybe? I also gave him the foot spikes as well as the bo staff/mace.

That’s it for the first post. The next one will feature the rest.

Not a fan of how you designed Gali to be honest. I feel like if you went for the original design it would have looked better, but I digress. I like what you were shooting for though. Unfortunately I’m not a fan of the hair, or the swimming attire. I do like the flippers, however. Nice touch.

Tahu is pretty excellent here. He’s easily my favorite of the bunch here, with the lighting and the stance giving him a look of having power. The background is also good.

Pohatu’s armor, while good, I feel looks off. The right arm not having armor doesn’t look good to me. I see a bit of a reference to Pohatu’s 2001 look with the wider hip armor, but I don’t think it looks good in this instance. I’m not sure what Pohatu’s weapon is. It looks like a chicken drumstick with an extra long bone.

The drawings themselves are high quality, of course. Anatomy is good, shading is good, backgrounds are good. I just have more issue with the design choices.

Yeah, I knew a few people wouldn’t like the hair. Though this (http://i.imgur.com/QfJ5qoB.jpg) was what I was going for for both Gali and Lewa. As for Pohatu, the lack of armor on his right arm was supposed to be sort of a reference to the minifigure having that pauldron on his left shoulder, as well as the straps connecting to it. So I drew the pauldron, and for contrast I guess, I left the other arm bare.

Don’t really like Gali’s hair, but the others are fantastic. Tahu and Pohatu look very Knights’ Kingdom.