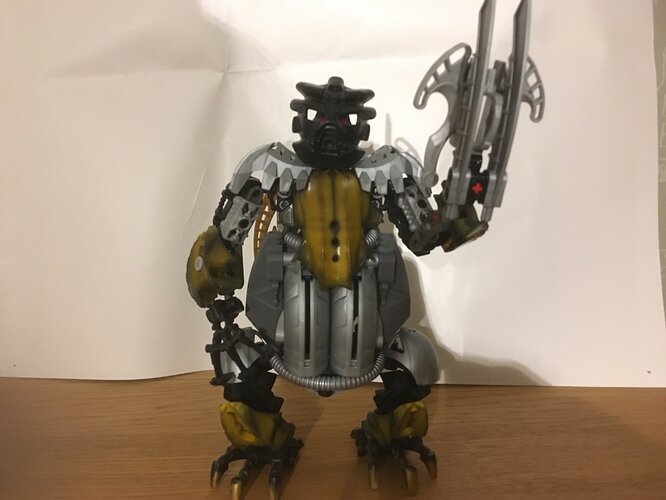 Story
Belgahn outwardly always acted like a kind, understanding and nice fellow, but behind this mask actually manipulated and exploited everyone to benefit the Brotherhood and himself.
Belgahn did side with Teridax at the Convocation. 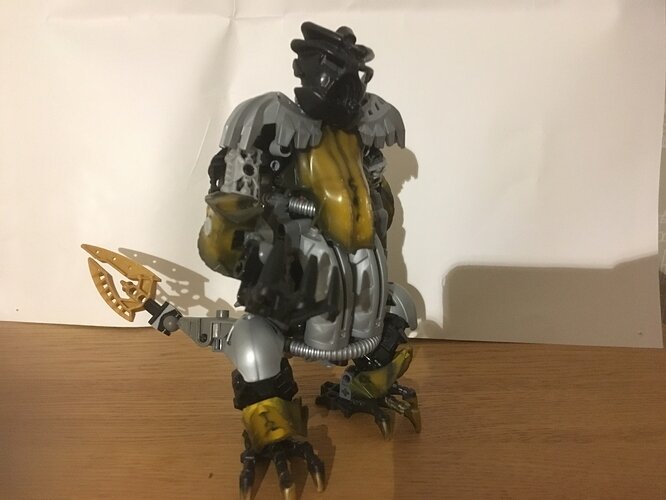 image.jpg4032×3024 1.48 MB
Belgahn was assigned to the island of Kurai. On Kurai, he for a long time exploited the local resources by manipulating the natives, then, after eventually they started seeing through his true intents, he called the Visorak horde to clean up after him and left the island.
This process of exploiting the region nearly to exhaustion, then leaving, he repeated several times in different regions.
Some time after the Great Cataclysm, rumors of riches to be found there led him south, beyond the border of the known universe. It is uncertain what exactly happened to him there - maybe he made a mistake or maybe the inhabitants of these badlands couldn’t be manipulated as easily. Fact is, he never returned, and Teridax later found out that his Protosteel armor had been converted into tools by the natives of the south.
Powers/Tools
Like all Makuta Belgahn had the Rahksi powers. He wore the mask of Charisma and wielded a mighty Crossbow-Type weapon.
Pictures 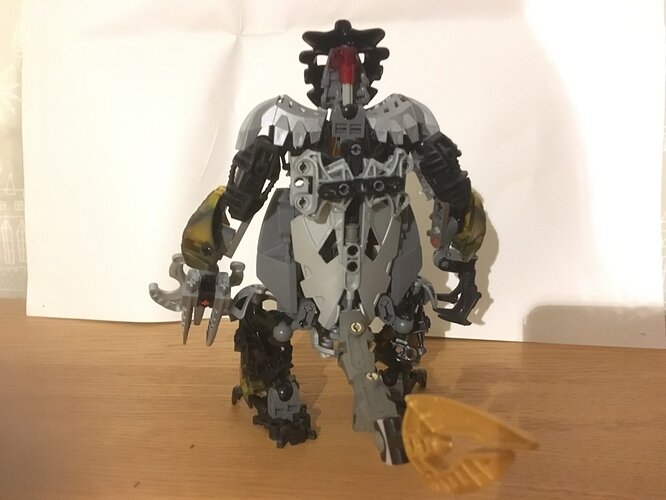 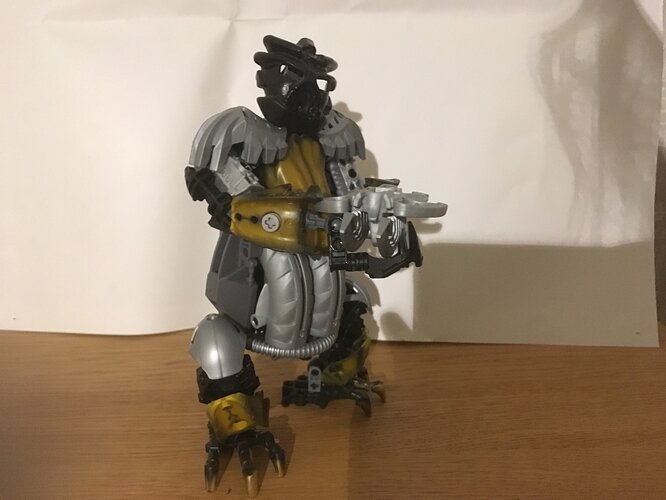 Note: I have to apologize for the bad photos, I didn’t have a lot of time to set this up

He’s got a nice girth there.

Probably helps get some momentum for swinging large weapons, eh?

All jokes aside, this looks pretty good. I like the look, although I think it could be a little less organic and more mechanical. It looks too smooth, yet also too rectangular.
(His front, at least. His back is good.)

It reminds me of an upcoming warframe. 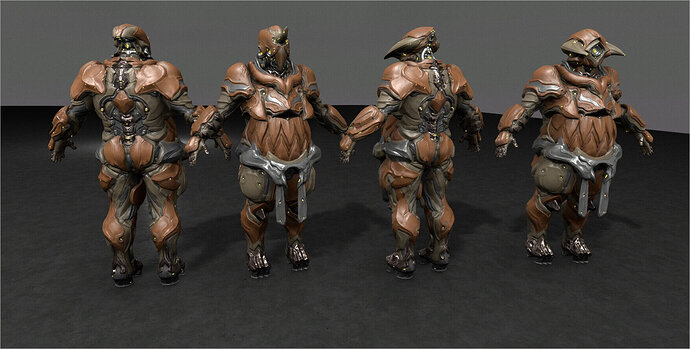 Alright, like I said before, I like his uniqueness, even if his proportions make him stick out quiet a bit from the other project MOCs. The shaping on the back of the torso is pretty neat. The front is not as good, but also decent. The Avohkii pauldrons work nicely.

I imagine some more of that “Carapar”-colour might have worked well on the lower torso and back, but then there are only three different pieces to choose from in that colour…

I already know I’ll have fun revamping him - with different proportions, though.

I toast you, sir. We’ve finally done it.

Side note, the legs are almost hilarious. I feel like this guy’s the Bionicle equivalent of a penguin.

I can just see him saying something like this.
wac wac wac! Stupid Toa!

I really like this. The design is unique and pretty interesting. Very well done.