Cutting it a bit close to the deadline, but here are my four entries into the Toa Hagah contest; 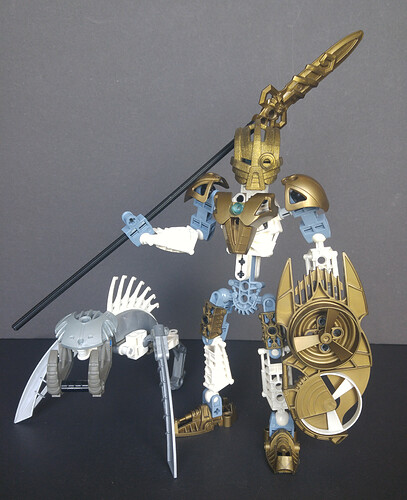 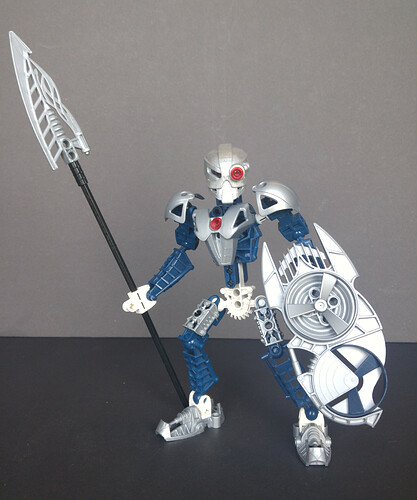 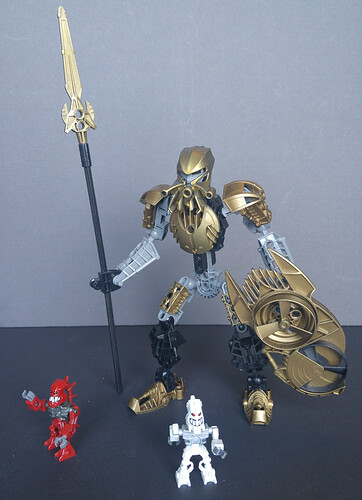 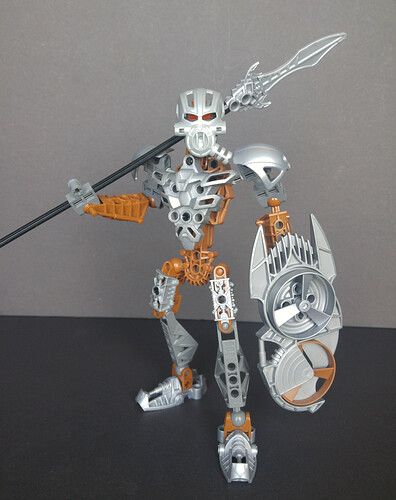 And here are the other required images: https://imgur.com/a/G8REB6i

While I can certainly understand the desire for these aspects to be changed in the art portion for team cohesion, as a moc builder I chose to design these models a particular way during the building process and that’s how I believe they should remain. By all means, don’t vote for them if that’s a major issue for you, but that’s just my take on it. Additionally, I also wouldn’t want their armor colors especially being changed to something that couldn’t be replicated easily as a model. Using placeholder pieces for masks or weapons is something most people can get behind, but changing armor to a color that would require extensive painting beyond what’s reasonable for your average fan at home isn’t in anyone’s best interest, in my opinion.

Also, I’d like to take a moment to mention that the Kualus & Gaaki models shown here, while designed entirely by me, were built as part of a Hagah collaboration between myself, @Galva_Nize, and @Brod in which we each designed one of the four remaining Toa Hagah (two in my case, as a fourth person dropped out early on) as if they were Metru/Hagah-ifications of titan sets that existed at the time, inspired by these tweets from LEGO set designer Niek: https://twitter.com/Toothdominoes/status/1370293174992781313?s=20

As such, Kualus is intentionally designed to invoke Takanuva 03 (including a Rahi companion made from some similar parts as the Ussanui), and Gaaki is designed to invoke Krekka. As a member of this collab, Galva designed four new Kanohi mask models to be used by all of us, the required links to the two used here can be found below: 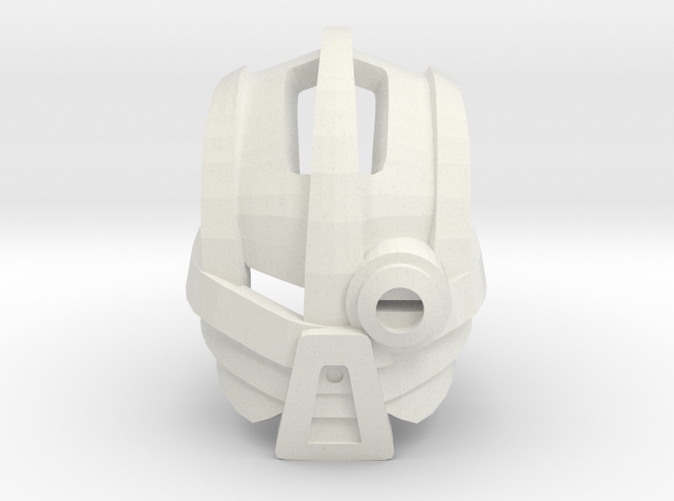 Great Kakatu, Mask of Projection (scoped) by Galva_bot on Shapeways

Check out Great Kakatu, Mask of Projection (scoped) by Galva_bot on Shapeways and discover more 3D printed products in Figurines. 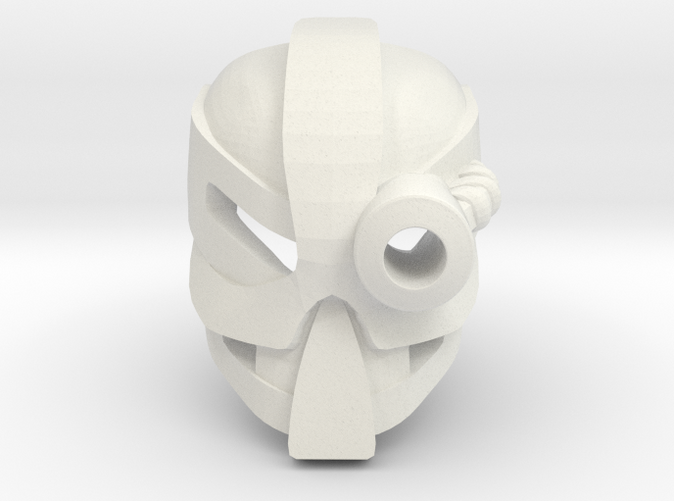 Check out Great Rupaku, Mask of Tremors by Galva_bot on Shapeways and discover more 3D printed products in Figurines.

Mask files can also be downloaded from Thingiverse if you prefer:

These are masks made for a moc collab with B'rod and Minirigby for the Hagah Canon contest. Each of these masks are designed to resemble an old Titan set, similarly to how Toa Iruini was designed originally to be used as Toa Nidhiki. The mask of...

I can provide some neat concept art and further information about the masks in the replies below as well, if there’s interest.

And finally, here’s the size comparison shot, made in Stud.io for simplicity: 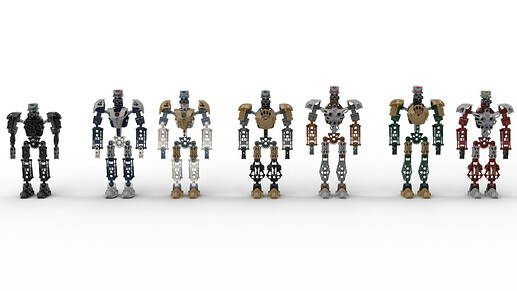 Thanks for reading this far, and I hope you enjoy my entries!

I don’t know what it is but these seem to stand out more than other entries.

I think its the contrasting non metallic secondary colors

These looks awesome! I like the secondary colors you put on them.

The two-tone looks are pretty neat. I’m not sure it really works for Pouks–it almost looks like brown is the accent instead of the base since his shins are gray. Nevertheless, these are certainly unique.

Gaaki looks wonderful here, not too sure about the white/blue combo as that can be confused with the Lightning color-scheme but other than that I dig the look.

Also btw, I’m pretty sure you need to include a free source to the custom masks or they aren’t going to be allowed unfortunately.

The masks are freely available to download at the links provided, so long as you have a shapeways account: 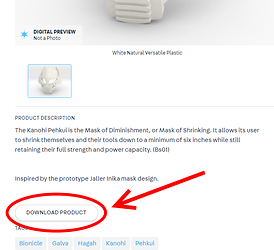 Just to confirm, those custom/3D printed masks are available for free purchase? If they are not, they may not be used and must be replaced, or a free download link must be provided. Thank you.

These are masks made for a moc collab with B'rod and Minirigby for the Hagah Canon contest. Each of these masks are designed to resemble an old Titan set, similarly to how Toa Iruini was designed originally to be used as Toa Nidhiki. The mask of...

No purchase necessary! As shown in the photo above, anyone with a shapeways account (which are free to make) can freely download the model files themselves.

The masks are freely available to download at the links provided, so long as you have a shapeways account:

EDIT: I added the thingiverse link to the main post as well, just in case.