Hi, I was wondering if there is a comprehensive list of all the Canon contests planned. I’m assuming that we’re going to get the big names done first, but will this continue into characters that played a smaller part? Lariska and the upcoming Toa Hagah are obvious picks, but will we see things like the Nynrah Ghosts, Surel, or the Makuta of Stelt?

IMPORTANT NOTE: 3D modelers of custom masks and weapons have until June 1st, 12:00 AM EDT, AKA the beginning of the Helryx contest, to either publicly grant or deny permission to use their 3D printed pieces. If a public statement hasn’t been made by that date stating that your pieces are allowed to be used in contest entries, they will be presumed to NOT be allowed. Once the clock strikes that time, you won’t be allowed to change your stance. We’re not trying to be jerks with that, but we are trying to conduct ourselves in a consistent manner, and maintaining a clear message and ruleset is a part of that. After having a poll up for slightly over a month, and further deliberating a slew of specifics with many of the heads of several BIONICLE communities and projects, we are finally ready t…

TTV has left open the possibility of doing more characters, but nothing has been confirmed, and it would only be after this first list is complete.

Probably not. They’re a group of unknown size of Fe-Matoran, not a specific character. 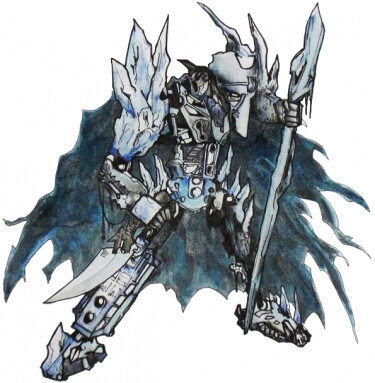 The fact that the character doesn’t have a name suggests they weren’t exactly a key character. In fact, the character is never seen, not even in a flashback.

The fact that the character doesn’t have a name suggests they weren’t exactly a key character. In fact, the character is never seen, not even in a flashback.

Well, he was technically seen in the Mutran Chronicles

I suppose he would have been at the Convocation.

But even then, at no point in The Mutran Chronicles is the Makuta of Stelt ever singled out; the phrase “Makuta of Stelt” is not used in that story.

EDIT: I was wrong, the Makuta of Stelt actually does get singled out in the Mutran Chronicles, though not by “name”. At one point in the story, it is mentioned that a Makuta’s armour was damaged in the Great Cataclysm and he inhabited an Exo-Toa while his armour was repaired; this Makuta was later confirmed by Greg to be the Makuta of Stelt.

Question answered, closing this down. We’ll have more on this later.