“Mission control, I’m entering the building now.” As a lonely hero approached a depilated warehouse, they found their transmission becoming overtaken by static. Shutting off the feed, they resigned themselves to carrying the mission out without backup. They were a veteran, having seen many a villain and many horrendous deeds done. They had stopped many more of those deeds, however, and while experience had sharpened their skills, it had yet to dull their optimistic belief in their duty to undo wrong. Still, as the wind moaned down the abandoned city streets, their robotic hands tightened around the grip of their cannon unconsciously. Something didn’t seem right.

Stepping into the warehouse, they found long aisles running between towering walls of stacked crates – their trained eyes could spot eighteen different possible ambush spots just from here. Still, they carried on, walking slowly down the first aisle and flinching at every slight sound. The wind outside was picking up, howling in rage as it battered the corrugated tin roof, while dust and grocery bags and the other detruis of urban life rushed past the doors and windows. A rat skittered by, and it took all of the hero’s self-control not to shoot it in panic.

Finally, they arrived at an open area at the back of the building, where a massive tarp had been slung over some large, irregular figure. The hero checked that their weapon was charged and ready to fire, then slowly, carefully gripped one corner of the massive sheet. With a quick pull, it slid away to reveal –

The hero blinked in confusion. The hulking figure before them matched the description of the villain they’d been sent to hunt down, but it was just crouching there, eyes unlit and lifeless. There was no sign of activity, no hum of servos to indicate that this criminal, this feared serial killer, was anything but a shut-down pile of machinery.

The hero turned around, dreading what they may see sneaking up behind them.

But whatever horrific scenarios ran through their processors in those brief seconds held no candle to the reality.

Standing before the hero was… themselves. The shiny finish on the armour, the slight scuffing from the dust outside, the gentle glow of the Hero Core… it was all there. It was like looking into a mirror, except that mirrors didn’t usually wear an evil grin that looked terrifying on the hero’s normally friendly countenance.

“Guess what?” The hero’s other self smirked, raising their own cannon. “This mission of yours will definitely go down as a success.” There was a flash of white, the sound of a Quaza crystal shattering, and a scream that suddenly cut off. Then there was only silence.

A lone figure wandered out into the windy road, waiting until they were out of the radio jammer’s range before calling. “Hello, mission control. I found the bad guy, but he destroyed himself right before I could cuff him. I’d like to be picked up now, please.”

So, you probably already know the rules, but in case you don’t, you can find them here.

…Yeah, not much to say here.

Example: I will change my vote from X to Y.

Villains (Mafia, x4): Every night, the Villains all get together in an unused storage room to plan their next target; the rest of the time they pose as regular heroes working alongside the Mission Control teams to try to undo the Lockdown procedure.

Heroes (Townsfolk, x5): Normal heroes, doing their best to protect the galaxy from evil. But with evil now in their midst, will they sacrifice their idealism to root it out by any means necessary? Pfft, you know they will, otherwise we wouldn’t have a game!

Zib (Interrogator, x1) Every night, Zib can call a hero into his office to interview them and ascertain if they’re who they claim to be.

Hero Recon Member (Sherriff, x1) One of the heroes is also secretly a member of the reclusive Hero Recon Team. Every night, they can choose a hero to protect; if the Villains target that hero, this agent will be able to step in and assist them.

Roles will arrive by PM shortly. If you didn’t get a PM, you’re a Hero. You know the drill.
Scenes will probably be posted at 10:30 PM Central Time, unless otherwise noted.

So far it looks like this will be goooood!

All PMs have been sent off. Scene will commence once the Mafia have gotten back to me with their decision.

Also tagging @legomaster1378 since I was unable to in the main post.

Okay.
I be standing over here for a while then.

Okay.
I be back later then.

Ok, let’s see how this will go.

The game didn’t start yet.
So don’t worry.
Until the game starts.

With no new BIONICLE news (or any news, for that matter), we’re all just finding ways to pass the time, I guess.

What’s taking so long with the mafia.

Still working on it. I may be offline for a while, but the scene will be up before the end of the day.

Okay.
Then I be sitting over here a while. 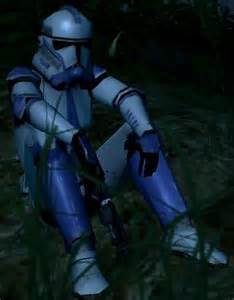 where were the signups for this?

Can @Chro join?
Because he wants to and we need a 12th player.

My guess: with two other Mafia games going on, CGL didn’t expect that many people to join.

Either way, roles have already been distributed so I cannot join late

Well, I had originally planned for twelve, but as Willess said, I didn’t expect anyone else to join.