Is the BIONICLE community dying?

It’s a serious question. I, personally, feel like the message boards are the only place I can go to to talk to people who share my passion for a long gone LEGO theme. Any YouTube videos that have to do with Bionicle nowadays get a few thousand views, max. Is it a good thing or a bad thing that Bionicle will be a foreign topic to the average person? If this topic is in the wrong category or it violates terms or something, let me know or just take it down I guess.

I thought Eljay and Meso had a pretty good discussion on it: 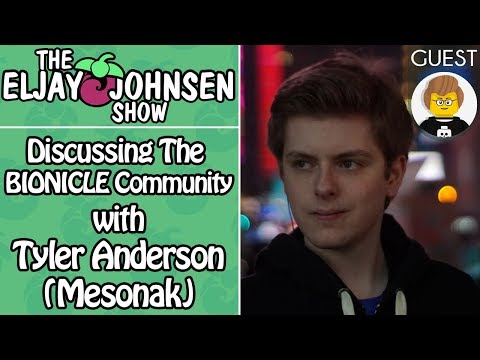 Is the Bionicle community dying? Maybe, maybe not, I don’t really know, however, I do have some reasons for why it might be dying

First off is the fan base, as most people who grew up with the theme are getting older and growing out of it. That teenage/kid audience that once enjoyed Bionicle in its heyday are now in their 20’s or maybe even 30’s, or they are about to get there and have other things like college and jobs to focus on rather than plastic action figures they enjoyed in their childhood.

There’s also that younger audience who are currently in middle or elementary school. While they did have a Bionicle reboot for a couple of years, they already had other themes like Ninjago that had become just as, if not more popular than Bionicle ever was to occupy their time with and fanboy/girl over. There’s also the fact that some of these kids never grew up with Bionicle and instead had Hero Factory, which while it was popular, never really matched what Bionicle was able to do.

Aside from the audience, there’s also the way Lego handled the end of G1 and the whole of like Square mentioned. In terms of the end of G1, we got these crappy little figures with only like 15 pieces or so, otherwise known as the Stars, which fans hated with a passion. It also didn’t help that after the cancelation of G1, the serials that were being posted on bioniclestory.com were ended prematurely with no real conclusion for fans, leaving them to speculate what would happen to close out these stories.

Meanwhile, in terms of G2, there was very little advertising done for it aside from maybe one or two tv ads along with a debut at the New York Toy Fair. This meant that the only real way that news was spread was through G1 fans who were still interested in the theme and that it was harder to get newer fans interested in the theme. Otherwise, the rest of the budget was most likely spent on golden masks for social media contests, that aside from the two moc building contests were not viewed too highly. There’s also the fact that Lego showed off things that we never got like Makuta and the Mask of Ultimate Power, due to the line being canceled prematurely and leaving what fans there were with a bad taste in their mouths.

However, there is a bit of a bright side. If people continue to produce Bionicle related content like mocs, memes, stories, and videos, the theme will never truly die. Heck, there was that Bionicle meme trend that started right after G2 ended, which got people to reminisce about the times they had as a child and keep those memories alive. Let me use a line from Macklemore’s song Glorious: “I heard you die twice, once when they bury you in the grave. And the second time is the last time that somebody mentions your name.” While Bionicle has been buried in the grave (twice), the name still lingers and is carried on by a passionate group of fans who don’t want their childhood to truly disappear forever and as long as that passion is still there, Bionicle and its community will never truly die

So, is the Bionicle community dying? Yes, however, it will never truly be dead as long as its legacy and the joy it brought its fans is never forgotten.

Yes the bionicle community is dead at the moment. When the bionicle G2 fans get older some of them will discover this site. I’m going to say that will happen in the early 2020s. 2022-2023 thereabouts if they were seven years old in 2015. They’ll look at us and laugh like we were a bunch of fools squabbling like gukko birds over a berry.

If not dying, it’s at least in a pretty constant decline. You could blame anything for this, and you’d probably be right. But at least for now the community is in pretty bad shape.

So lomg as there are still fans passionate about the theme, the community will not die.

I mean, it’s definitely not as strong as it once was, but it’s also not dead. There are many BIONICLE communities still out there, big and small, but still alive nonetheless.

Sometimes it feels that way, but then, just look at some of the Mocists on the boards. And Ben Cossy’s channel is still active with a new bionicle video every week. I think it’s not dead, but getting there.

BioTube seems to be pretty dead, which I think may be partially due to YouTube’s more recent algorithms hurting smaller channels. From what I can tell Flickr looks like the most active community left, home some of the best constraction mocists around. Other than that the TTV boards are pretty much the most centralized hub of bionicle activity, with a pretty consistent stream of content being produced by members. The broader community certainly hasn’t been helped by so many G1 fans entering dark ages due to college and such

Well, the less mainstream communities are actually pretty active, both the 4Chan and Reddit communities have a lot of activity, and there are many Discord communities.

We had a talk about this in the r/BIONICLE Discord the other day, and what was brought up is worth mentioning here: the community seems smaller than it is because our community is scattered. It will likely be scattered for the foreseeable future, as I have friends in the community who don’t even know what TTV is. We figured out that Facebook’s Maskposting group is probly the most active BIONICLE community right now (scary thought, I know), but that it barely represents a small portion of the community.

I want to end with a great quote that many of us said, practically in unison toward the end of the discussion: “Even if the community doesn’t exist, I’ll still upload BIONICLE content, I’ll still look for BIONICLE content, because it’s something I care about. As long as BIONICLE is important to me, I will continue to be in the community, dead or otherwise.” The fact that nearly everyone involved agreed with or restated this should be a comfort to all of us.

the community seems smaller than it is because our community is scattered.

I agree with that. If we want to grow as a community, we need more unity.

I would also add that we probably need more duty too; maybe even destiny

“United as the fans,
we embrace our duty to create content
and fulfill our destiny to keep Bionicle alive”

I’m nothing serious to say here, but as a fan I will continue to be a fan.
Here’s a song I think fits, 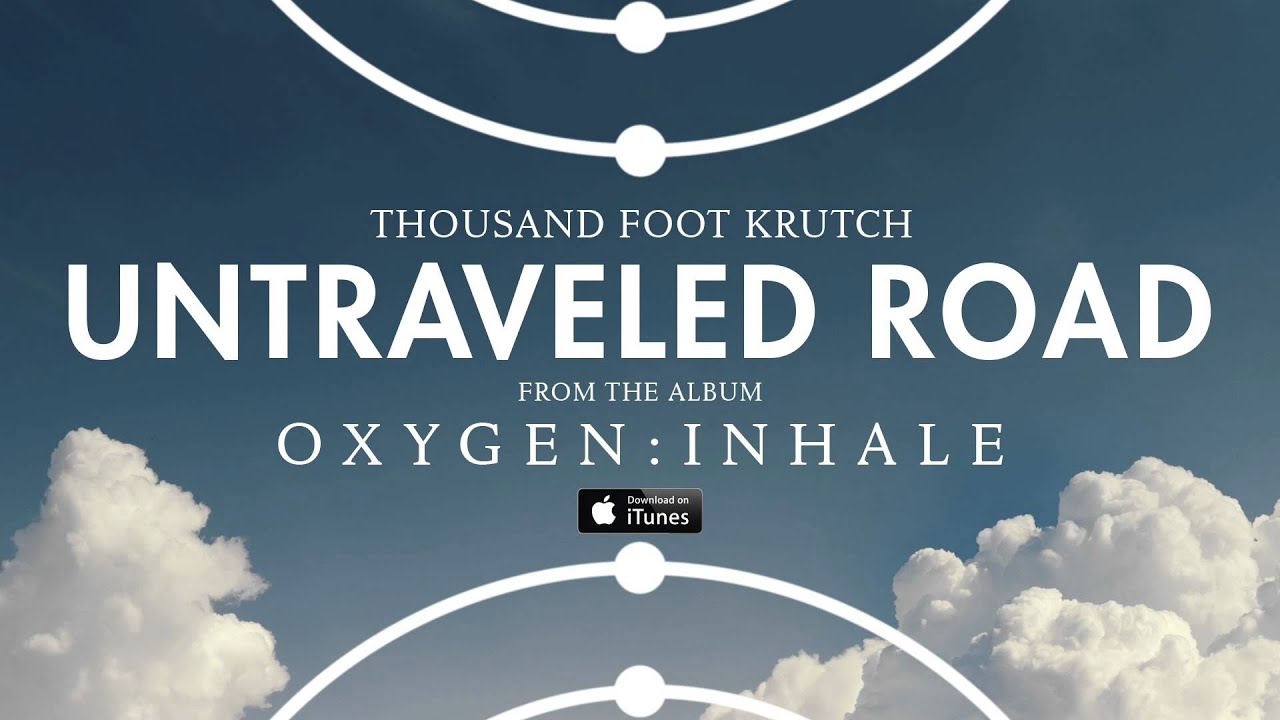 In some ancient religions and philosophical ideologies, a deity or entity gets its power and exists because of people that think it does. This is even brought up in the TES series by the Altmer in regards to the divines.

I think “things” are similar to some extent. As long as a memory of something can be recalled by someone, somewhere, it will always exist in some form, and therefore cannot die. The internet even furthers this idea, because it contains the memories of not only people, but things that have existed like BIONICLE. Unless all of that data is purged, BIONICLE will remain.

Yeah, very fitting song. I think that we also got that message from “Ride”.
https://youtu.be/LDqRzU_2jw0

I feel that one day the community will grow old and without any new Bionicle continent, then there won’t be any new blood to rejuvenate it. The reason Transformers lasted so long is that new series kept bringing in new fans to replace old ones.

That’s why we need to pass the spirit of Bionicle onto a new generation of fans.

Yes. It is dying.
Bionicle is dying, but slowly.
Let’s see: Bionicle appeared in 2001 and ended in 2010. I think is obvious that it can’t stay forever. It’s not like Star Wars, or Marvel. I mean yes: Lego could do a trick and keeping it at least for a longer time, but it ended. Then was G2, from 2015 to 2016. Now we are in 2018. Unless Lego bring Bionicle back again (and this time they do a good job) or somebody actually make a stable Bionicle Project, that may attract new fans like G1 did, the community will die.
When we will be older, and we will remember Bionicle, we will realize that nobody else knows about it. Everybody will be talking about Star Wars, or MCU or whatever franchise will appear in the future. Look at TTV for example: before G2 ended, at least 50% of their videos were about Bionicle, now they are talking about Ninjago.
What I am trying to say is that until Bionicle will came back, the community will slowly die. And if they will bring it back when the community is already death, it would be too late.