Jelran, the Glatorian (Self - MOC)

Hello there! This is my self MOC, version one (it’s not going to change for a while)
I spent a lot of time making this and I hope you all like it!

Without further ado, here is my self MOC, Jelran, the Glatorian: 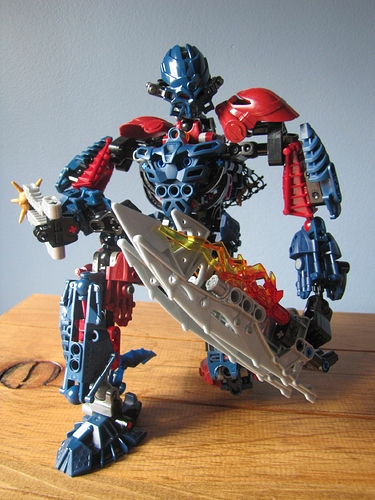 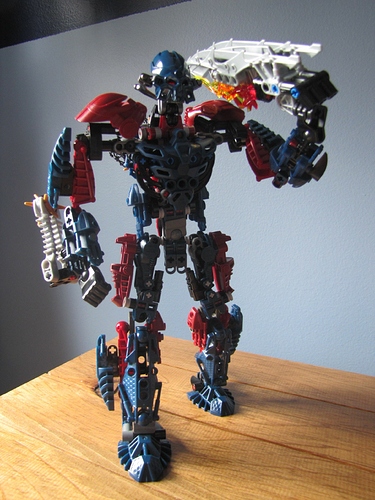 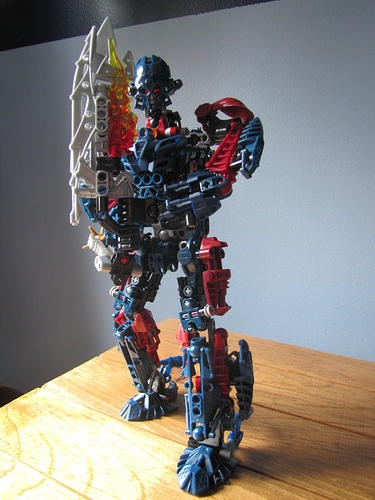 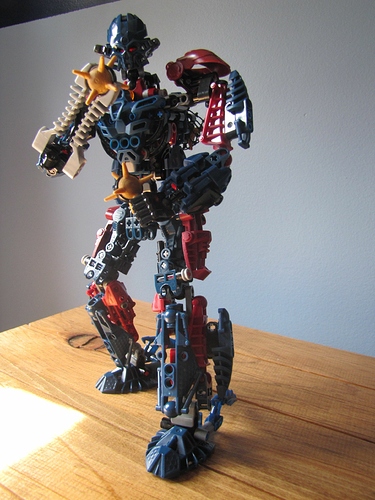 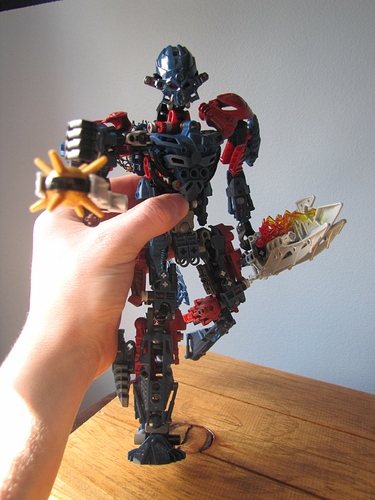 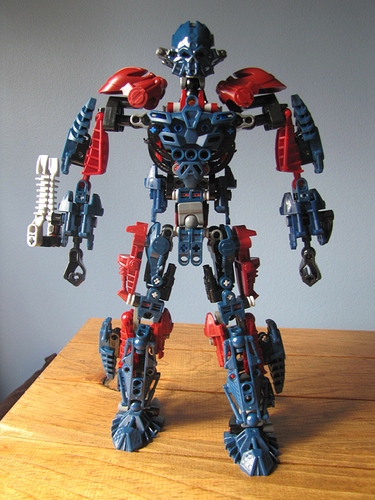 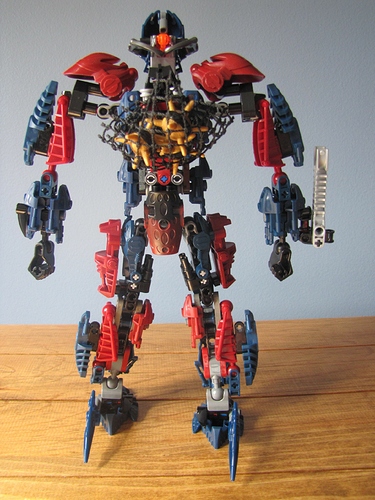 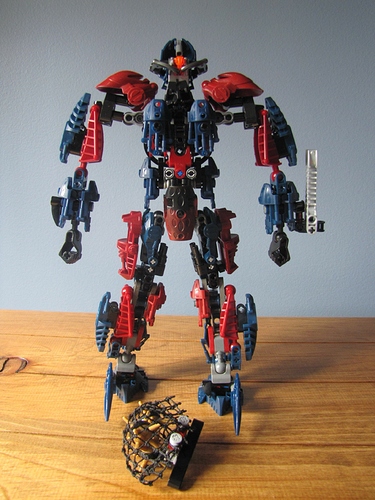 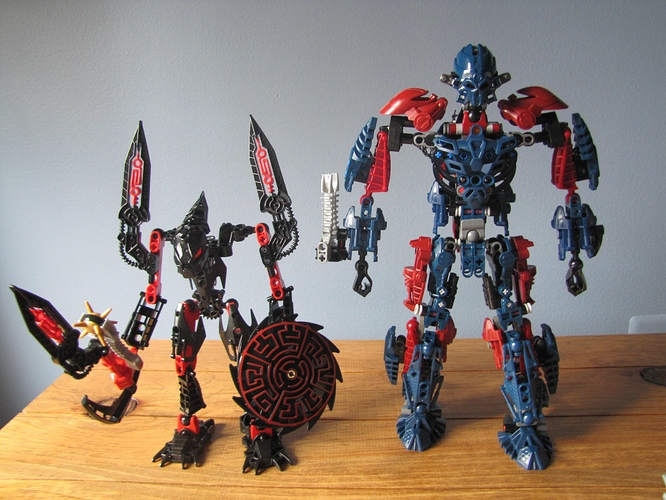 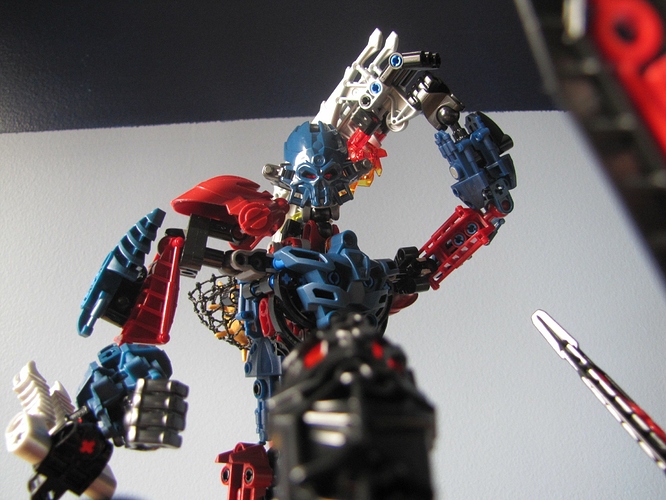 This is the biggest and most complex MOC I’ve made, so far!
He has custom lower legs, lower arms, shoulders, and torso.

I know he may be a bit big for a Glatorain, but one could make the argument that this is a Titan version of him (ex: Titan Mata Nui).

Some backstory:
He is the offspring of a Water tribe Glatorian, and a fire tribe Glatoran. Both his parents died to Bone Hunters, so he was left alone. This incident made him stronger, and he was supported by Vulcanus for a Glatorian match against a Skrall warrior. He lost, but during the battle,he injured the warrior’s left arm. His pride shattered, the warrior demanded that Jelran be banished from the village. Putting the safety of his many people above the safety of one, Rannu did as the warrior requested. Now Jelran wanders the desert offering his services if need be, and survives as best he can.

Well, wht do you guys think? Constructive criticism and comments are appreciated!

The gappiness around the hips and shoulders bug me, but overall this isn’t half bad.

Edit: I must have been half asleep when I wrote that.

Looks good, although I’m not a fan of the arms.

I’m with them, too. The gaps in the arms and the legs bother me, but the general look is great!

why cant this be a set!

A few gaps, which bother me, but I absolutely love the colour scheme.

No life counter.0/10
/s
This is a very imposing glatorian titan.

He is a glatorian but he wears a mask? Glatorian wear helmets…

@ToaSonus
@SwagMeister
@PakariNation99
@Darknova3529
@Hutere_the_Toa_of_Air
Yeah, The gaps are everywhere. I had a previous arm design, but it was more awful than this one. Like I said, this is really my first big/titan MOC, so I did my best to fix the problems. Also I used the hands because they resemble the hands on the actual sets. Thank you for the criticism, though!

Also, sorry for not responding sooner. (I had to go somewhere)

Actually I really like this MOC. It’s too bad the Thornax look really bad when he uses them on the blaster. They contrast negatively but you can’t fix that because Thornax happen to only come in that one color.

Yeah, I have some Hero factory like, Thornax shooters, but I only have like half the launcher (I’ve got an orange, gunmetal, and silver half launcher).
Yeah, there’s really no way fixing that con

Which is a huge shame, but it makes sense.

(Does he transform into a tractor trailer?)

Great moc, very interesting choice in color scheme. (He probably has a disposition to my self moc)

To answer your first question, no. Sadly he doesn’t transform.

(He probably has a disposition to my self moc)

…Sure…? (I don’t really know what you mean

Also, thank you for looking!

My self moc is an Atua. A weaker form of a Great Being. So yeah, not the most welcome guest in a Glatorian home. XD

So yeah, not the most welcome guest in a Glatorian home. XD

I think I viewed your self MOC. It looked really good! Your drawings are awesome, by the way.