This MOC is an alternate build of the set Mask Maker vs Skull Grinder. It only uses parts from that set. 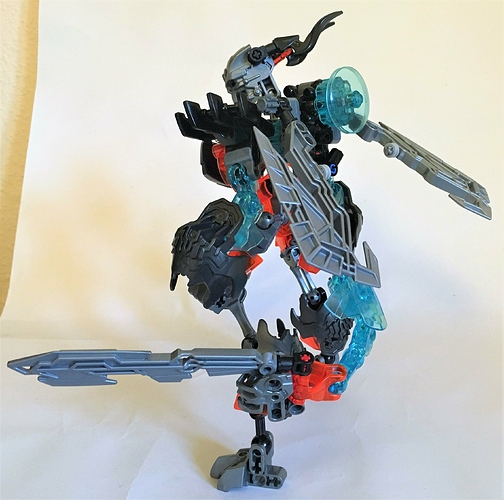 Kallithrixis is a strange, mythical figure who has been told of of in Okotan fireside tales as far back as history can tell. 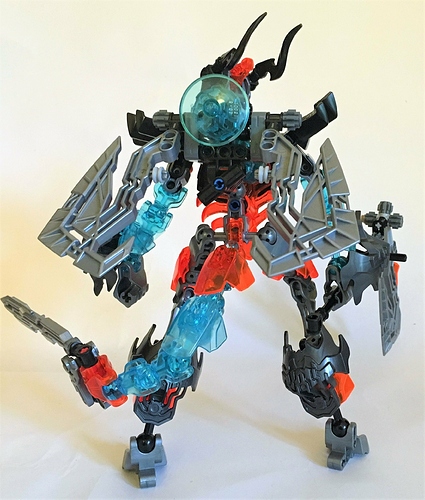 IMG_0044.JPG2195×2580 770 KB
Old legends tell of her crafting twisted puzzles, traps and riddles to ensnare the minds and then the souls of various heroes, villains or other mythological figures, as well as taking the souls of the dead. The thirst for souls and the use of trickery to achieve her ends are always constant in the myths. It is believed by some that the wearing of masks is so that Kallithrixis can’t pull the soul out of a being wearing one. 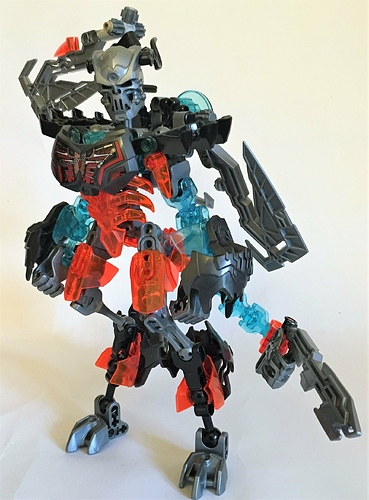 IMG_0046.JPG1961×2657 726 KB
Quite what she uses the souls for is less clear. Some say it is to fuel the astral fire that constantly burns within her, others that she harvests them to give as a gift to Umarak the Hunter (a historically one-sided and twisted love affair) or some other entity of darkness. 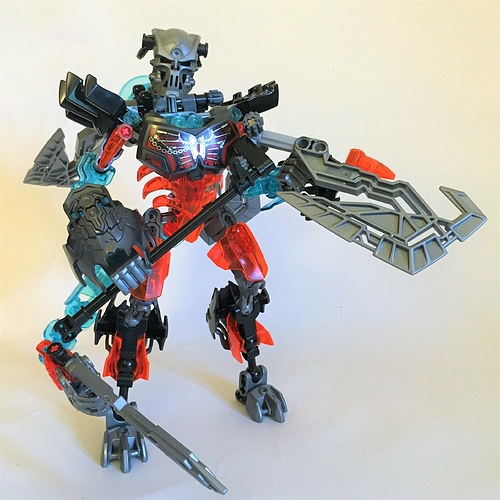 IMG_0041.JPG2592×2592 887 KB
A more chilling tale tells of how she pulled the stars from the sky, one by one, until she was confronted by two sisters, who battled her atop the tallest mountain on Okoto. Unable to defeat her, they used trickery of their own and outsmarted her, playing her game of riddles to trick her into releasing the stars, though all three of them became stars as well. Kallithrixis’ star glows an ominous red in the Western sky, followed by the two sisters. 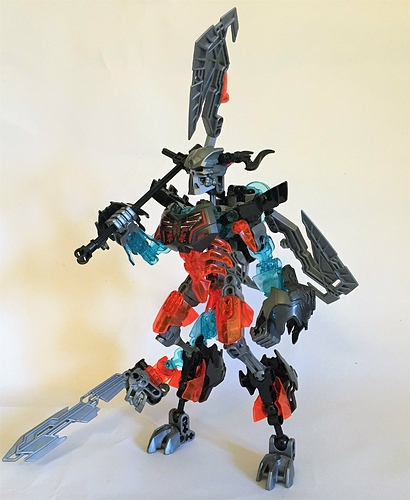 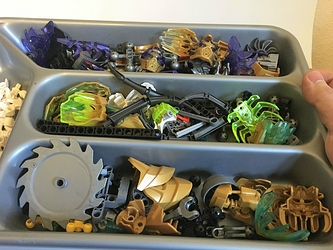 Bottom compartment shows the leftover parts from this build, and I’m sure you can guess what’s coming given what’s in the others. 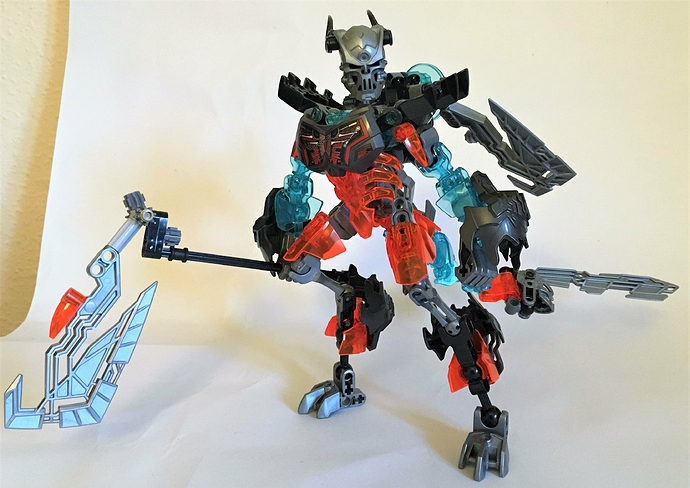 IMG_0043.JPG3314×2348 1.02 MB
A tricky one given I was just using parts from one set! Kallithrixis has a gear function that allows the wings to flap, though it’s admittedly a bit doofy looking. The chest armour can bend out of the way to allow the chest blaster to fire too. The scythe can also be stored on the back.
21 Likes
Rire the Huntress
Rira the Strong
Ekorak January 29, 2017, 1:24am #2

Y’know, for being made entirely off of the set, this is pretty nice. The proportions are a bit too wonky for my personal tastes, but interesting enough all the same.

Seems very reptilian, what with the tail and the legs.

The build leaves a lot to be desired, but the lore is brilliant.

Has this shoulder connection been used in other MOCs? It’s really solid, but I haven’t seen it used by anyone else personally, which surprises me.

i know i’ve used it in my Makuta contest entry, for his hands.