This past July I attended the Brickfête 2016 convention in Toronto, Ontario. I reunited with many old friends and made many new ones. We participated in all sorts of various LEGO-related challenges and contests, sold and traded lots of LEGO and had tons of great conversations. Read on for some of my personal highlights from the con (along with a look at all the LEGO I came home with).

(Corresponding text is located underneath pictures) 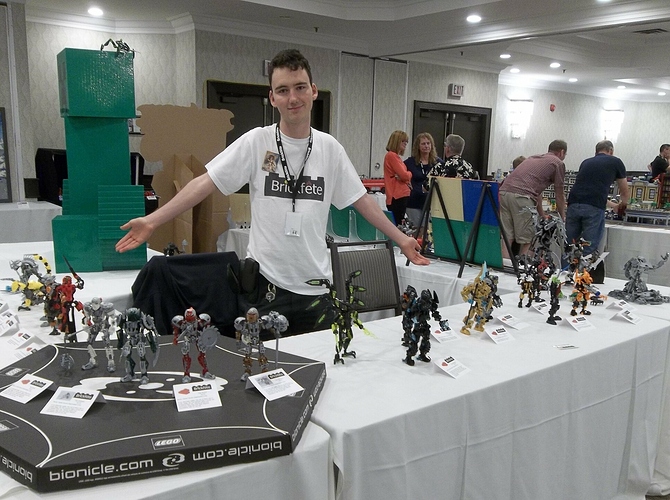 I brought nearly two dozen MOCs to Brickfête this year, most of them Constraction. Most of these creations haven’t been posted online but you should be able to spot a few that might be familiar. The BIONICLE display was one of the few places in the entire convention hall that was closed off and that had chairs, so it turned into the de-facto hangout/rest spot for us during the public days (the AC vent right above us made the place frigidly cold though). 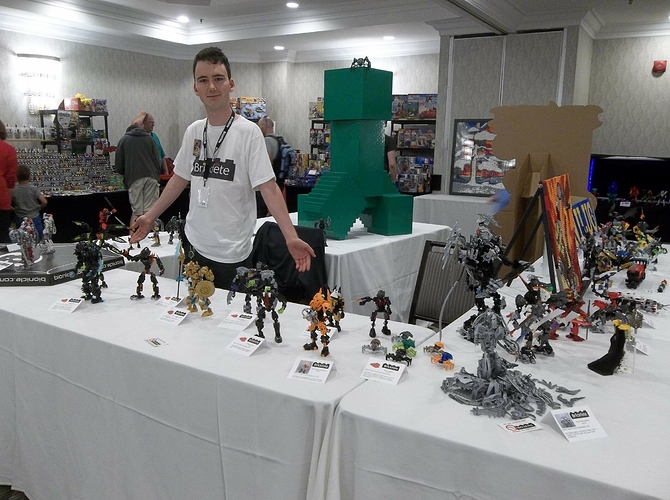 Seen on the far right are some of the creations that Andrew (Black_Six, administrator of BZPower) brought for the BZP/BioniLUG convention circuit. I chatted with Andrew briefly at the beginning of the con, but he was out visiting Toronto during most of the weekend. During the public days I was in the booth chatting to tons of folks about BIONICLE. I even introduced several of them to the Message Boards (not too sure how many actually signed up though). 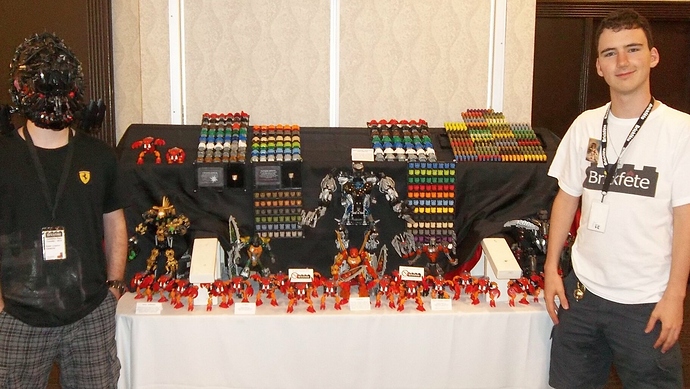 I also had the chance to hang out with Ryan (@Crezdonn), an awesome fellow BIONICLE fan. He arrived later during the con, but he brought along a crazy amount of 01-04 collectables along with some sweet set revamps. 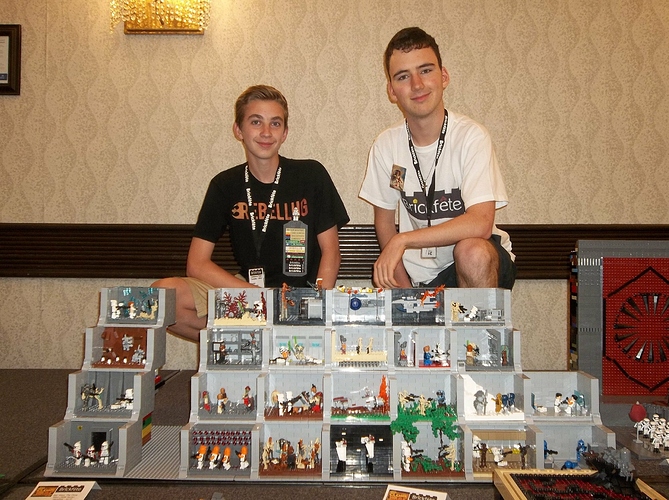 This year my good friend Dan (501st Lego Trooper) and I decided to do a Star Wars collaborative MOC this year. Together we built 26 vignettes depicting scenes from the Star Wars: The Clone Wars movie and the first season of the TV show of the same name. 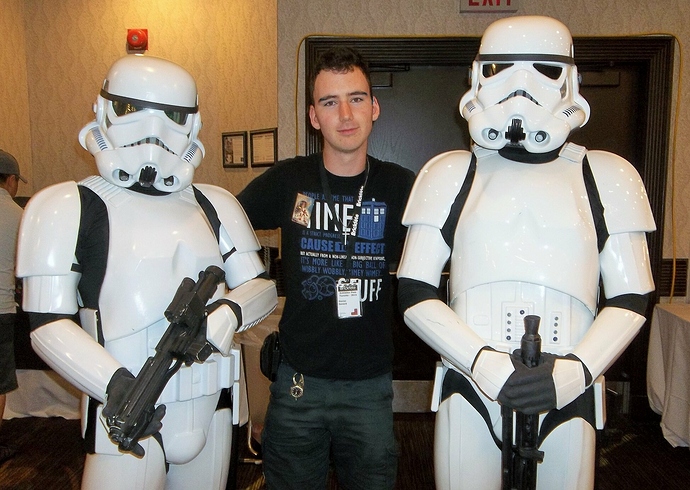 As usual, the cosplayers of the 501st Legion paid us a visit and posed for pics.

I picked up a lot of LEGO over the weekend, here are a few highlights: 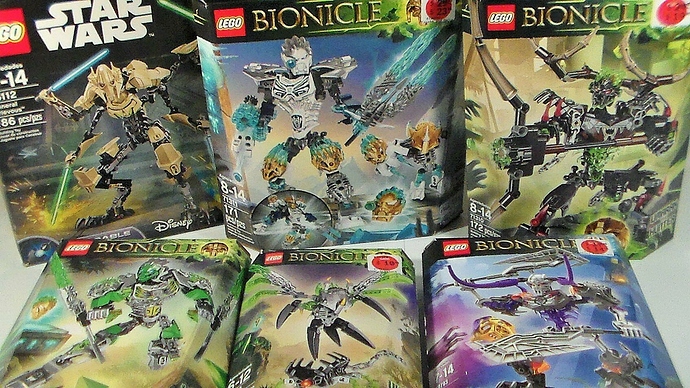 I got several MISB sets from a raffle and the local LEGO store. 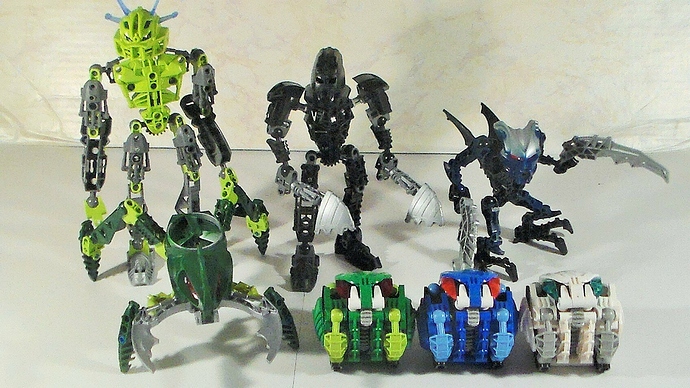 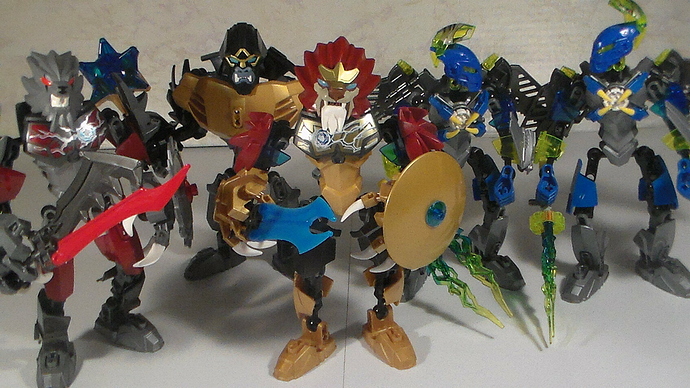 I picked up many complete sets, most of which are gonna be broken down for parts. 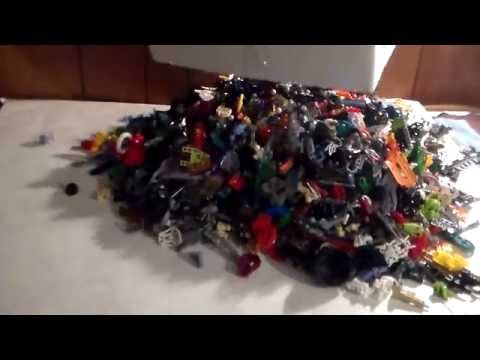 A brief glimpse at a huge lot of G1 parts I got from a fellow AFOL. 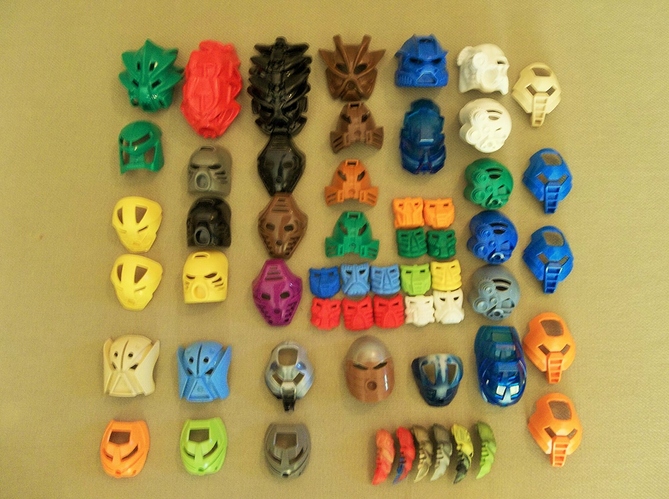 Most of the Kanohi/collectables I bought and traded from various folks throughout the convention. 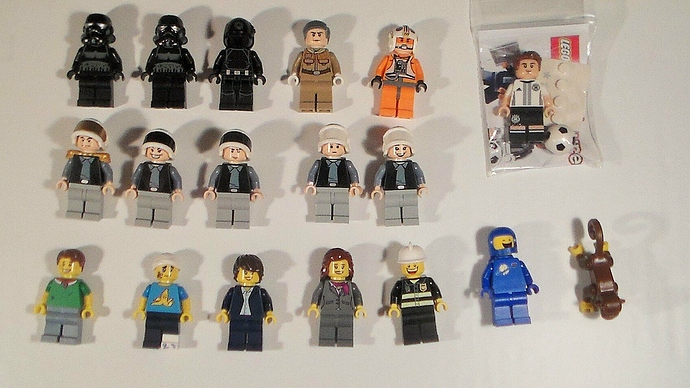 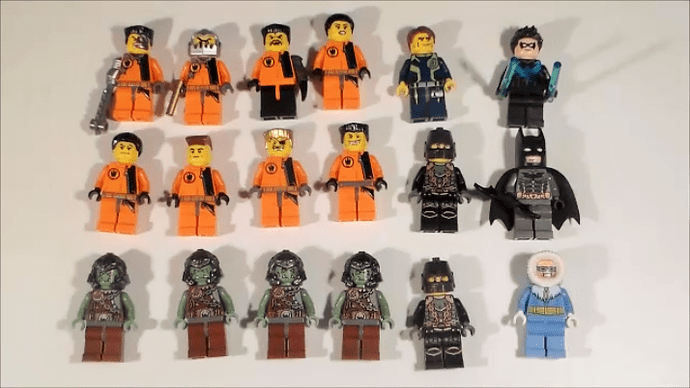 I got all sorts of minifigures (Star Wars, Agents, Fantasy, etc.) that either have cool parts or will be useful for vignettes. 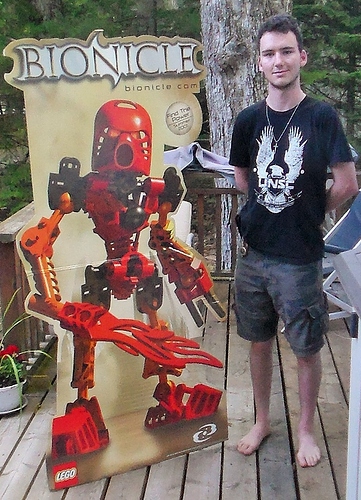 I also got a giant cardboard cut-out of Tahu in a BIONICLE Store Event kit from 2001. 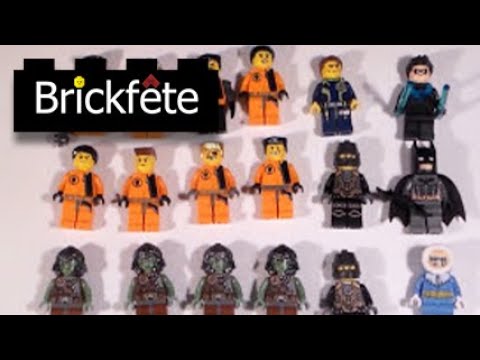 Finally, here’s the YouTube version of the haul (featuring additional items and info).

This year’s Brickfête was fantastic, as usual. I’m glad that I was able to hang out with friends more then previous years. It was great to interact with so many different people from different backgrounds who all had different perspectives on the LEGO hobby. As usual, I highly recommend checking out your nearest LEGO con. You won’t be disappointed.

What was the total per buy?

What was the total per buy?

I spent 260$ in total that weekend. However, that’s a misleading number since I bought a lot of small specialised System parts (only seen in the video) and I received a lot of what you see in the pics as gifts/trades. That being said, I can tell you that the box of G1 parts was 75$, the Chima/HF sets were 4$ each, most of the complete G1 sets were 5$. Were you curious about anything in particular?

Amazing. This is the kind of experience that would make me giddy.

Were you curious about anything in particular?

I’m having a hard time finding a low price Bionicle lot on eBay, some of the cheaper price have like $20 shipping.

I’m having a hard time finding a low price Bionicle lot on eBay, some of the cheaper price have like $20 shipping.

Yeah, shipping can be an absolute nightmare due to how big and bulky lots are. It’s ultimately up to you to weigh the cost/savings and decide for yourself how much you’re willing to spend.

Personally, my best source for BIONICLE G1 bulk lots is other AFOLs. Many MOCers seem to have really good luck and buy up lots of garage sale lots. They sort out BIONICLE parts (which they don’t have a use for) and are often more then happy to unload it with people like us instead of having it sitting in a box in their basement. Unfortunately, they normally sort out all the TECHNIC elements (you win some, you lose some I guess).

Man, this looks awesome. Makes me wish I had a convention around my area, even if it was just a small one. Quite a nice haul of parts too.
In short, I’m jelly. XP 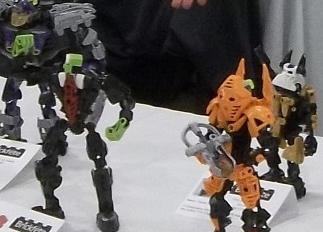 Is that Slime and Meso?

Is that Slime and Meso?

Yes it is. Meso’s is pretty old. Old enough for this to be his second Brickfête (not sure if he’s gonna be able to make it next year though). As for @Political_Slime’s MOC, I’ll try to upload decent pics of him once I come up with a more accurate head design.

Makes me wish I had a convention around my area

How about making a road trip? Alternatively, there’s probably a LUG near you, which is the next best to conventions once you turn 18.

I don’t know who that orange dude is, but he’s awesome.

And goodness, that’s going to be some drive. I may have to fly, but that will largely limit what I can take there and bring home.

I don’t know who that orange dude is, but he’s awesome.

You mean this orange dude?

I may have to fly, but that will largely limit what I can take there and bring home.

Yeah, several people fly from coast to coast (or the equivalent) to get to cons. It might actually be more cost-effective then driving.

That looks like such a fun event, really makes me wish there was some LEGO convention near my area.

That looks like such a fun event, really makes me wish there was some LEGO convention near my area.

You feel up to road tripping?

dang this is cool

gg on that cardboard cutout btw

gg on that cardboard cutout btw

That thing is absolutely massive. I have no room to display it, so it’ll be going into storage until next year when I can bring it BF for the BIONICLE table. I’ll give to Black Six since he makes it to lots more cons then I do (I’m keeping the badge though

How tall is it?

How tall is it?

Just under six feet, same as me.