Today, I decided to play around with the Image Overlay feature in Google Earth Pro. Given the canonical sizes of Mata Nui and Metru Nui, I created some size comparisons, and eventually decided that the given size of the Great Spirit Robot - 40 million feet - is far too tall.
All of these images are to scale, and made using Google Earth Pro and official renders at their highest resolution. 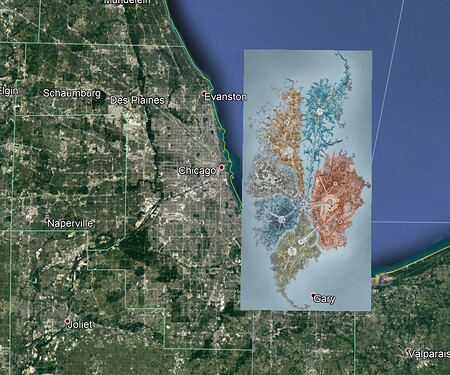 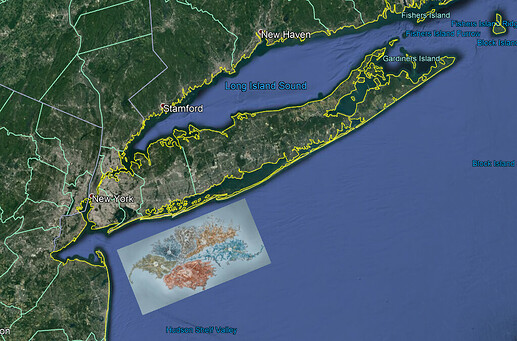 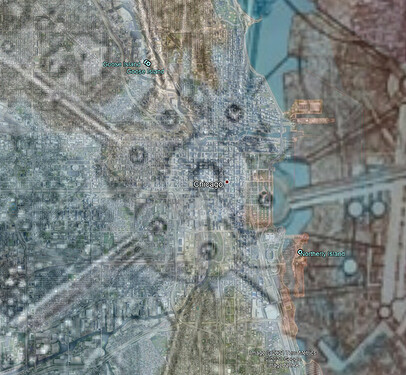 Screenshot 2021-05-31 164842988×911 301 KB
This is the Coliseum, slightly transparent, overlaid on downtown Chicago, centered on the Willis Tower. I found the Coliseum to be approximately 3 miles from end to end, including the outer towers. 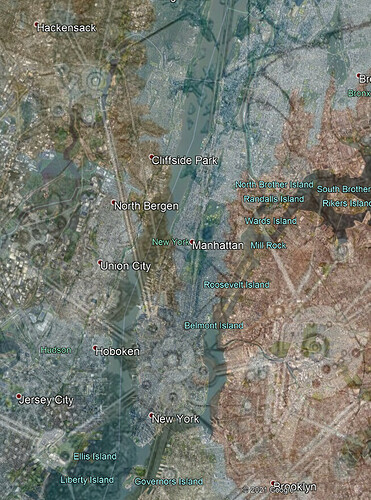 Next, I made an overlay of Mata Nui. 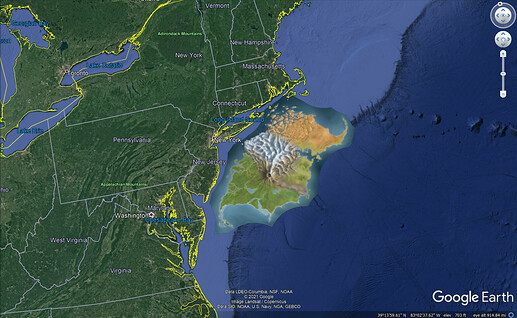 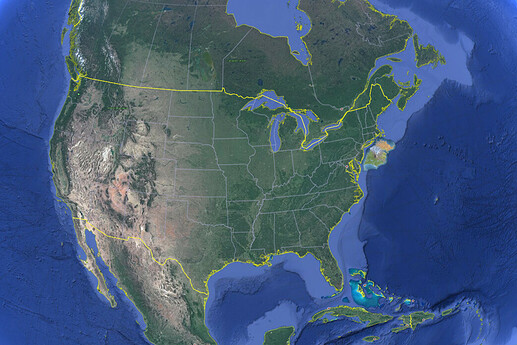 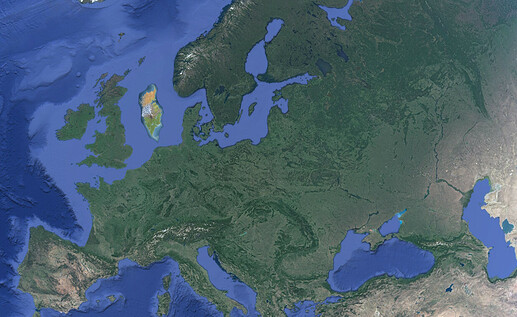 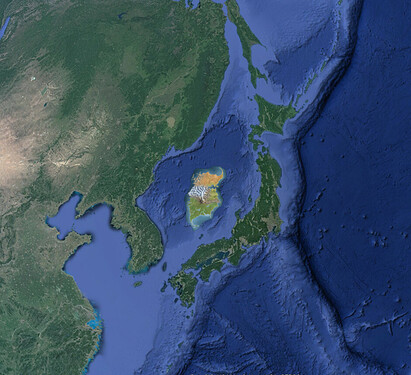 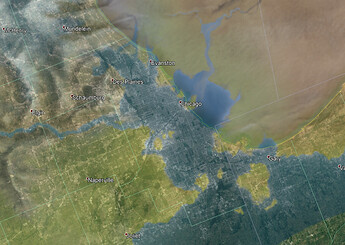 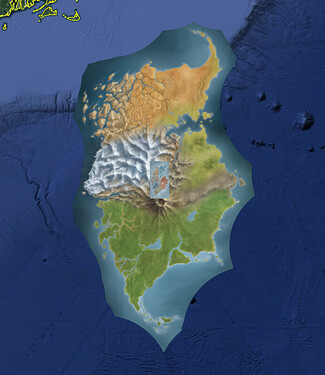 After Mata Nui, I moved on to the robot that shares its name. Here, I’ve shown that Greg Farshtey’s assertion that Mata Nui is 40 million feet tall must be incorrect, given the canonical size of the island. I’ve calculated a more reasonable size to be 4925 km, or 3060 miles, or 16.16 million feet. 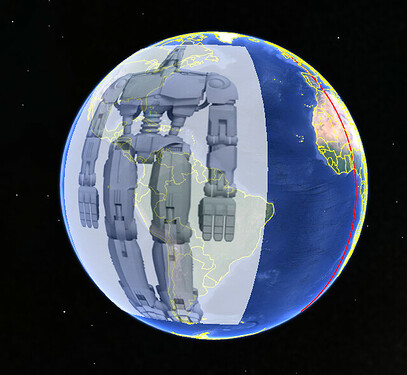 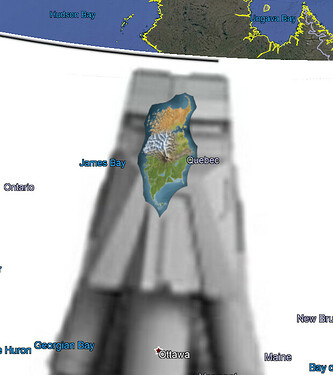 I began to size down the robot until it roughly matched this concept image. 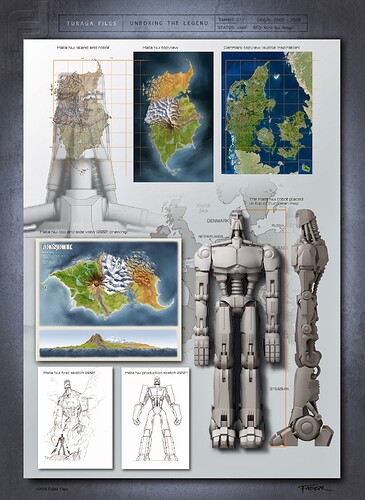 unknown1171×1600 405 KB
However, because Faber sketched the island over the face of the robot rather than digitally overlaying it, the dimensions are slightly off. 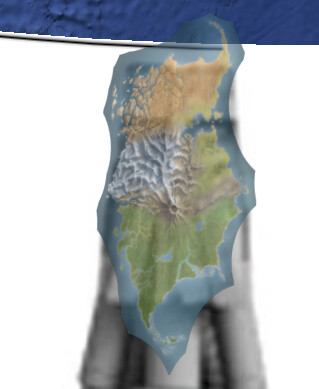 After a bit of work, I got to this point. 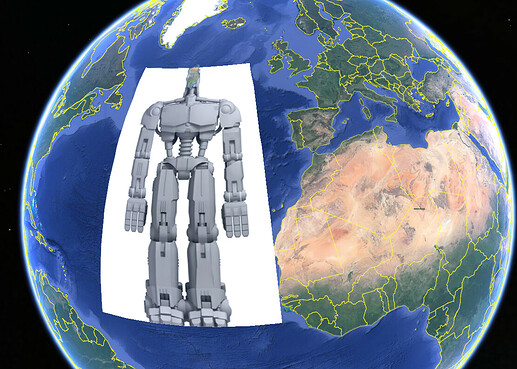 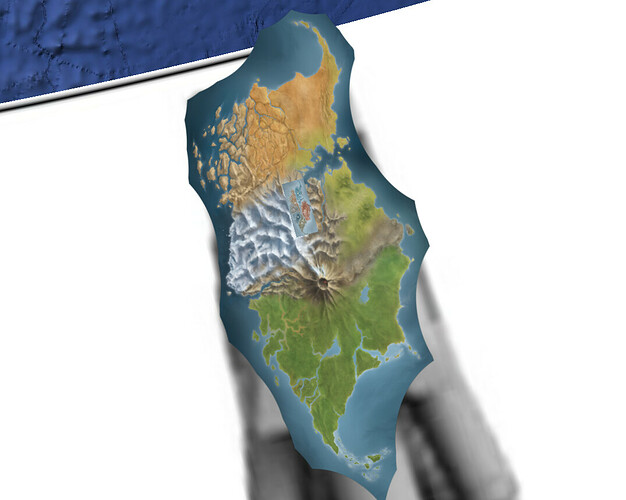 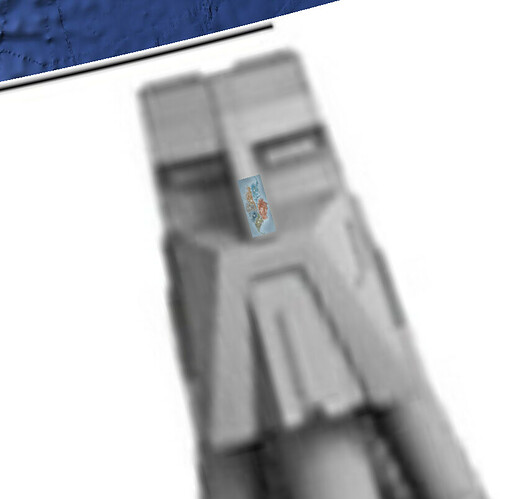 Thank you for reading, and thanks for your time. If anyone would like to see more size comparisons to other Earth locations with these renders, let me know, and I’ll happily oblige. 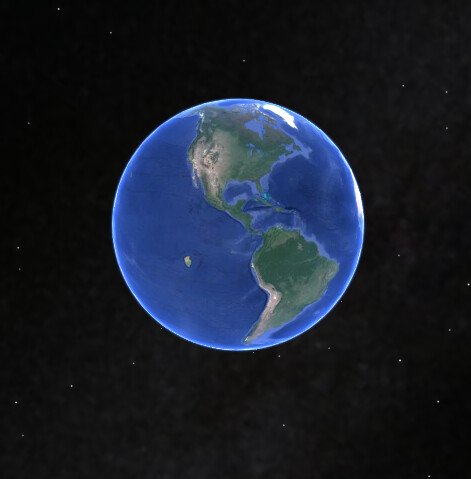 the Great Spirit Robot - 40 million feet - is far too tall.

I always saw metru nui as being bigger than mata nui, thinking about it, it never made sense

Thank you for sharing this analysis! Very interesting stuff. I am quite surprised how small brain he is, although perhaps Metru Nui only represents one area of the brain?..

I love this! I’ve always been curious about the scales involved with the MU stuff, particularly the robot in relation to the Earth after seeing this video, so seeing it laid out here was revealing. And I’d always assumed that Metru Nui was unrealistically big, considering that it was a fictional island city, but seeing it next to Chicago like that, it’s really not all that unrealistic, is it?

Four hours later, I remembered why I even did this in the first place: I wanted to estimate the size of Metru Nui’s dome. Using the measure tool and this image, I estimate that the dome is 120 miles in diameter, and, by extension, 60 miles from the surface of the water to the very crest of the dome. Here’s a visualization of a dome that size, again centered on Chicago, IL. (For metric users, 60 miles is 96.5 km, and 120 miles is 193 km. 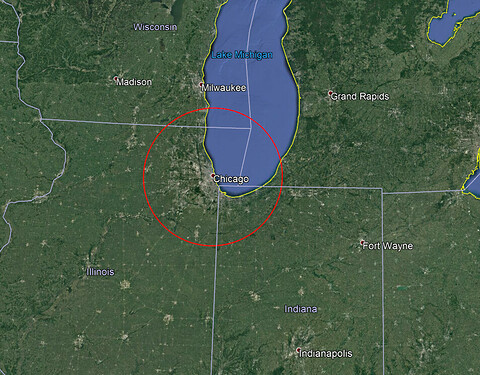 I originally wanted to estimate the size of Metru Nui’s dome to get a feel for the destruction Gali’s Nova blast wrought in Toa Nuva Blog. Karzahni and Metru Nui appear to be roughly the same size in the map from Makuta’s Guide to the Universe, so it follows that Karzahni’s dome would be of a similar size to Metru Nui’s. This tells us, then, that the Toa Nuva can create a Nova blast that can destroy everything within a roughly 60-mile radius.

Here is a screenshot from Nukemap, centered on the same spot, using the specs of the Russian Tsar Bomba, the largest nuclear weapon ever designed, with a 100 kiloton yield: 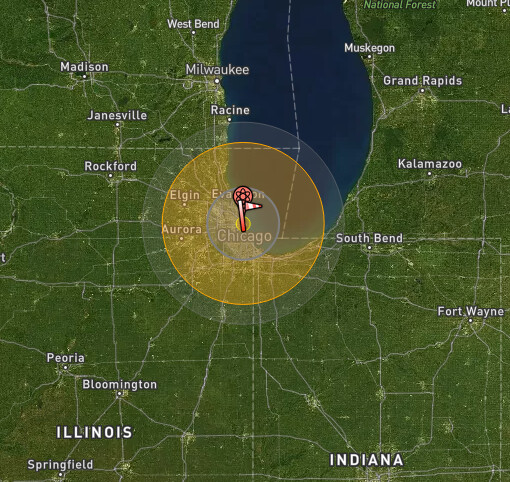 In this image, the “light blast damage” radius reaches just short of the radius of the Nova blast. In Kankakee, IL, if Chicago were to be bombed, windows would shatter. If a (Toa Nuva’s) Nova blast went off, Kankakee would be part of the crater. 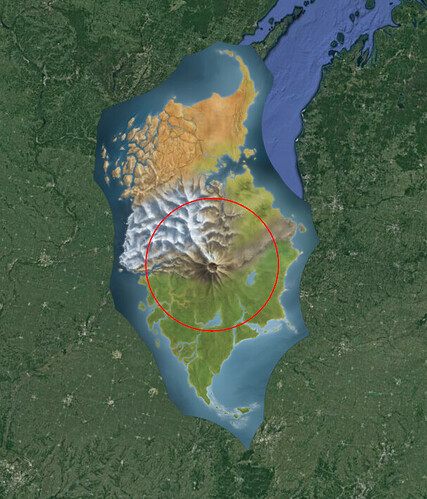 I’ll take any suggestions! I’ve heard from a user on the Great Archives Discord that there is a to-scale image of the sizes of Mata Nui, Metru Nui, and Voya Nui compared, so I may be able to get some comparisons of Voya Nui done as well.

“Hey Greg, we had a canon contest for the GSR, but the winning model was only 16.6 million feet tall”
“Very nice”

So a Nova Blast is a literal nuke, got it.

This is an awesome topic! I’m glad we can finally get a real sense of scale for these places!

In particular, I find your size estimate for the Great Spirit Robot to be a lot better than the given estimate! A robot that can fit into the Pacific Ocean is still gargantuan!

That being said, I’ve always imagined each Metru as being about as large as the largest Earth cities and not so much all 6 being the size of an average Earth city. But I suppose the entire island is called the “City of Legends.” 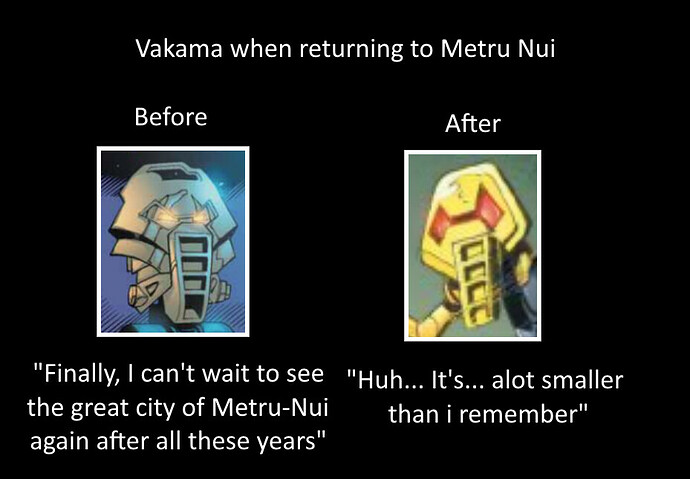 Great work on the topic! As to the inconsistency between Island size and robot size, we always knew it was there. It is the result of robots size being changed several times during story development, while size of Mata Nui island was modeled after Denmark and then stayed the same.
But officially given sizes are canon, so the best advice is to just deal with it.

Also to partially answer the question in the title “Destructive power of a Nova Blast”, here is something I did a while ago - the minimal blast area of Nova Blast and its minimal spherical volume: 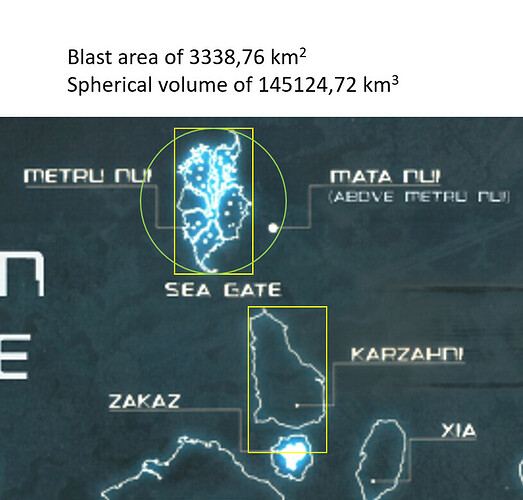 It also fits with Jaller and how his Nova Blast “might have destroyed the city”.
Considering his element is fire, and this map, that would probably have been accurate.

If anyone would like to see more size comparisons to other Earth locations with these renders, let me know, and I’ll happily oblige.

As if this topic that I made wasn’t enough:

We all remember the end of 2008. Lego revealed that Mata Nui was actually a giant, 40,000,000 foot tall robot, and all of the islands and cities in the Matoran universe were part of his body. The video of him waking up and rising onto his feet again is nothing short of epic. Even the idea of a giant robot the size of a planet is pretty cool. But, if we’re being realistic, it’s not remotely possible for a robot like that to exist. Scientists have studied land animals and the strength of their bones and muscles, and they have determined that the maximum weight for a land animal is between 110 to 1100 tonnes. In all fairness, the Mata Nui robot is not an animal. It’s…well, a robot. But that does not excuse it from these rules. Science has shown that, the bigger an object gets, the amount of…

A robot that can fit into the Pacific Ocean is still gargantuan!

So, in other words, everyone when they go back to their old elementary school.

B-but that was a joke…

Sadly, no official size has been given for Voya Nui. I’ve heard of an alleged image showing Voya Nui next to Mata Nui and Metru Nui for scale, but I haven’t been able to track it down myself. If I do find it, I’ll update the post.

So basicly the toa have the power of a nuke. Nice.

Well, there’s this, but I’m not sure I’d trust the scale here: 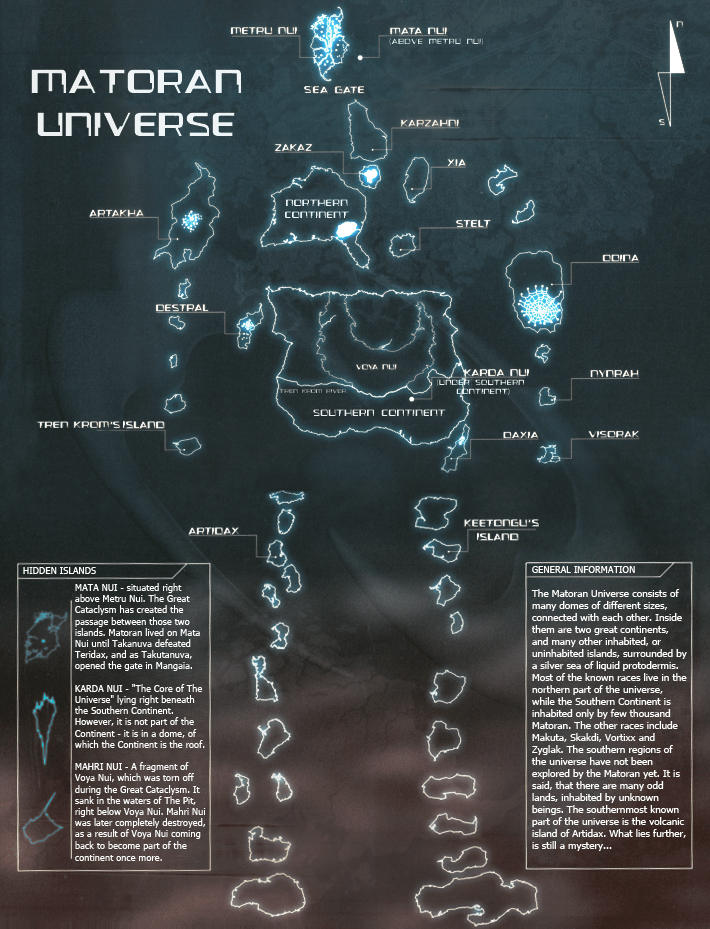 Voya Nui is right there, as part of the Southern Continent.

But this may be what those people were referring to: Faber Files: Tribute to all Bionicle fans and BZPower 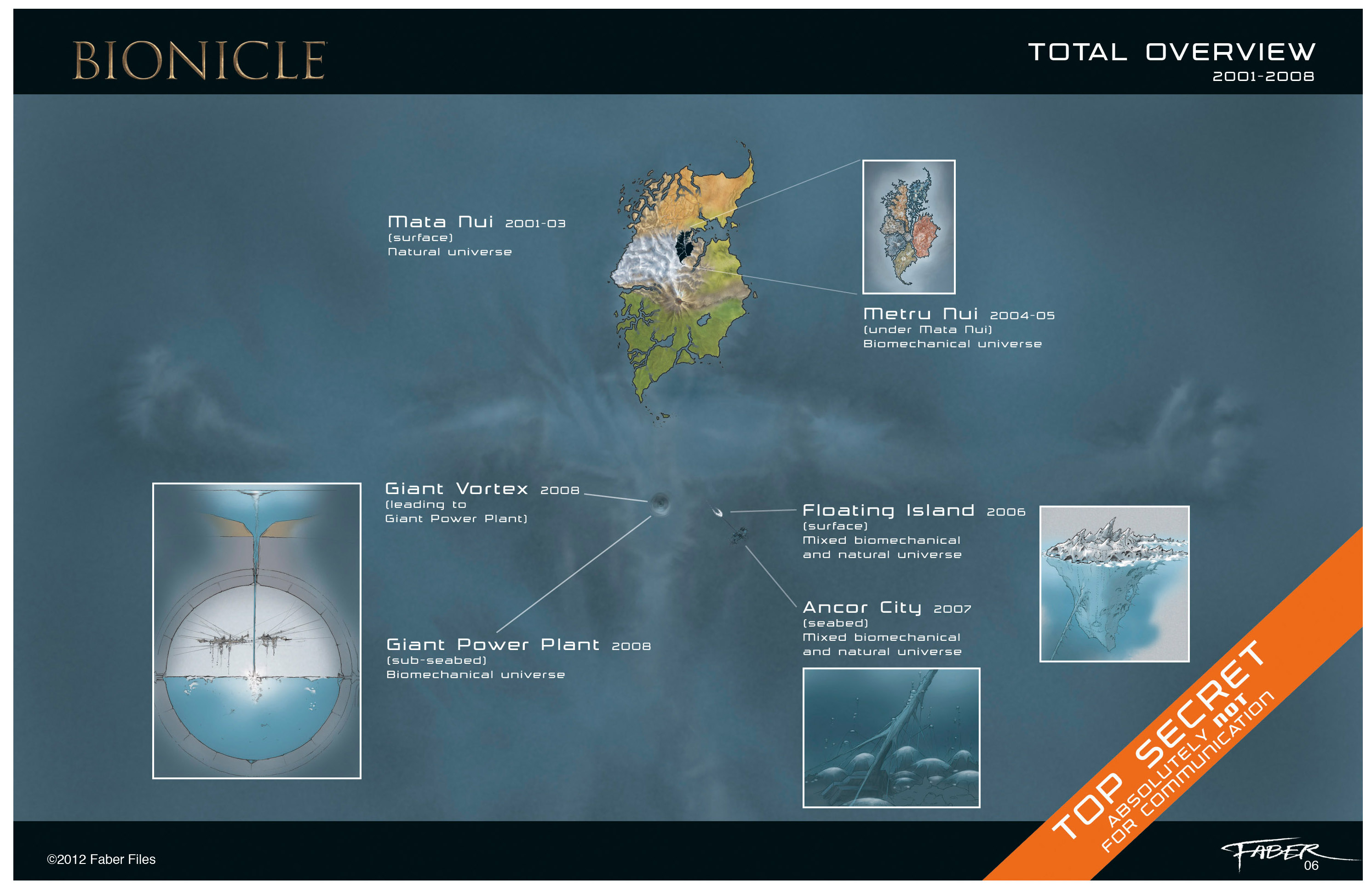