So, for those who know, I am friends with @ItsFrostbyte, both in the online and IRL sense.

For those of you who’re wondering why he’s not uploading Bionicle mocs anymore, you’ll be saddened to know it’s because he no longer owns any due to… a more ‘personal’ situation that I won’t discuss.

But, luckily for him (and me), I had the pieces to rebuild him!.. sorta…

So here he is, Lynis, self moc of @ItsFrostbyte: 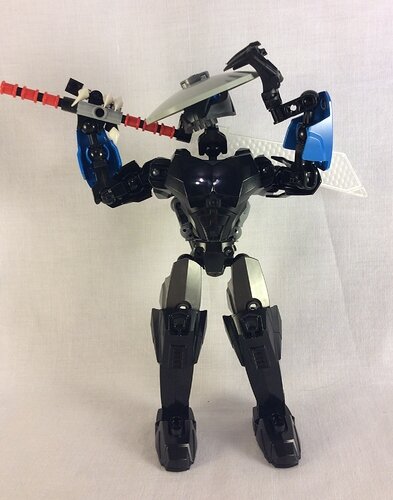 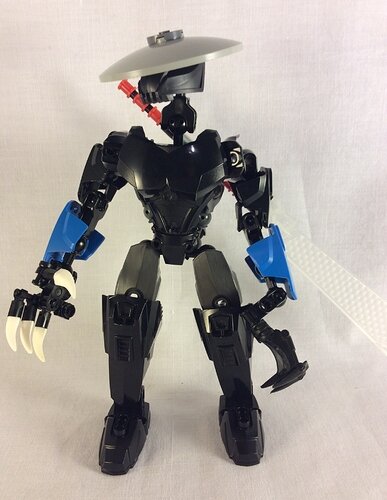 And yes, his claw has been updated to its original version.

nice M.O.C! the A-symetrical hands and the hat are my favorite parts of this cool thing!

Ah, thanks mate! Made this for @ItsFrostbyte! (I have actually updated his right hand and hat to better match the original.)

ya welcome matey!
and yeah. i realized that. pretty cool!

Well, I did upload the original a few times, so to go check out the most RECENT iteration, check out the Ohura series of Mocs.i can’t remember which one it is, but the most recent one IS there lol

Ima just do it for him.

In order, oldest to newest:

As I grew, he was beginning to come to terms that I can control his being, yet this fool turned me into a four armed freak! He now knows I'm here, the battle for his mind will soon begin. I WILL HAVE YOUR BODY LYNIS! HAHAHAHAHAHHAAAH!! Yes, I made him again. And if you have used your head or at least get the reference, I based his series of transformations on Dragonball Z's Frieza. I actually have made a final form of Ohura and I'll post it sometime soon. Let me just tell you, he is stronger than he looks in that form. [image] [image] [image] [image] [image]

So the legends were true? He is real? My blood brother, alive? Ohura had sensed that his presence was in trouble, so took over Lynis's body. His very existence counted on the survival of his host. [image] [image][image][image] 'Grips sword' "Try it, I dare you." [image] "I don't need your help. My instincts tell me that at least." [image][image][image] He was corrupted, yet light resides in him, even with the armour, he has since joined a resistance team named the LoP or Legacy of Protectors. His past has yet to come back to him after an accident while exploring Xia. His swords are simply chosen by him, but he most chooses his wing switchblade and his Lhikan Shield/Sword. His alter ego Ohura was a mistake. Ohura can take over his body at will and change him, not just i…

Brother, I did not want to fight, but you leave me no choice! This armored upgrade of the first form Ohura enhances his speed and strength with a not-so-sleek look. With a sword to match the power, Who knows what his Final Form might look like? (Final Form WIP) Sporting Lynis's trademark saw hat but in different colours and a blade to match his power he dominates over his brother, but in the end one of them is going to win Lynis's own mind and body. [image] [image] [image] [image]