Makuta Teridax, Because I like Posting About This Moc

Alright, let’s play a game! This game is called, "How Many Times Can I Make a Topic About a MoC I’ve Been On And Off Working On For About Two Years?" Why? Because I’ve got nothing better to do than prove to my photography/film instructor and myself that I can focus a camera lens. 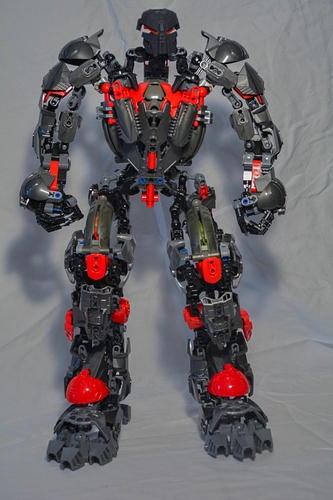 Yes. It’s another Makuta Teridax revamp. But who cares?! I’m contributing to the community, right? So if you’ve seen the other topics I made for previous versions of this particular MoC, you know this is my attempt to make something that is imposing, while also paying homage to the Bionicle Movies.

You may also notice some small changes in the build; most notable being the mask, and the torso. The torso’s been completely rebuilt since the last time I posted this thing. 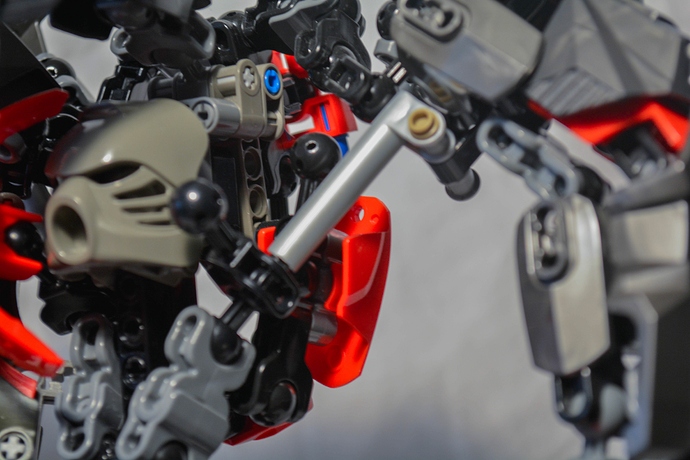 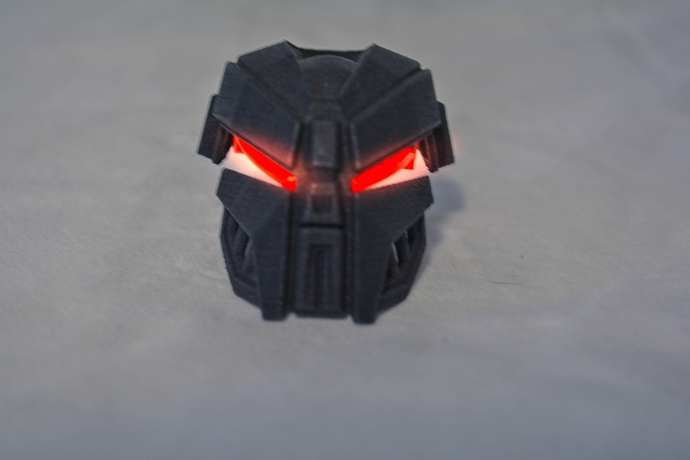 The mask is a 3D printed wonder off of Shapeways, availible in multiple flavors and styles. I have version 1, which uses a pinhole in the top and front whereas version 2 has an axle in the front. 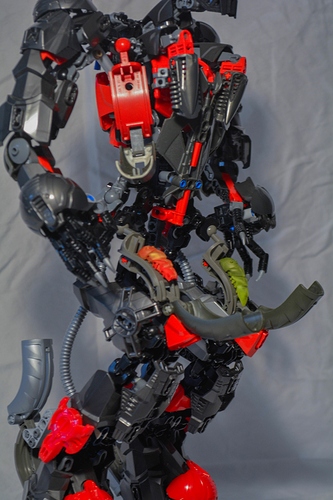 Again if you’ve seen the previous iterations (and if you have eyes) you’d note the six Kraata containers corresponding to the six Rhakshi from 2003. Also tucked into the torso is the grey Hau from the Takanuva set which I’m using as a placeholder for an infected one, the whole detail itself is a nod to MNoG where Makuta first took the form of a Matoran.

And for all the Legends Of Metru Nui fans, I also cut him some custom wings from a vinyl cloth which now sits with large wing shaped holes collecting dust in a closet somewhere. 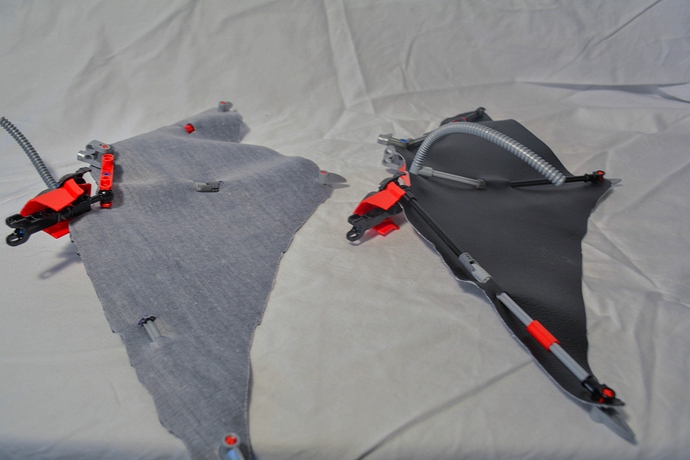 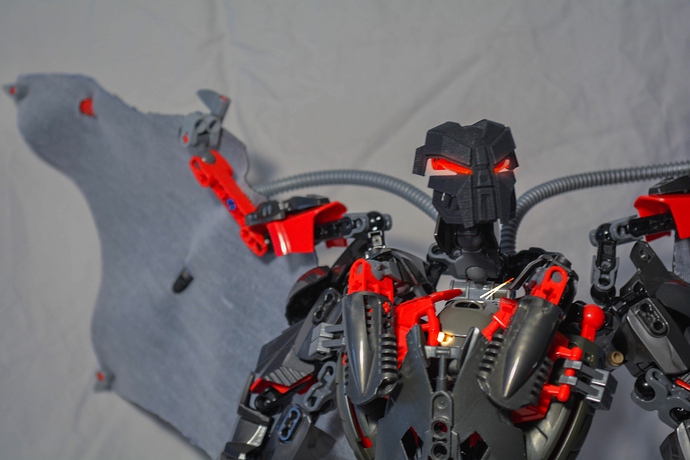 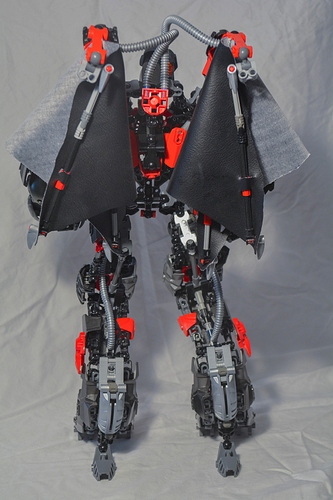 _DSC0383.jpg4000×6000 1.56 MB
These wings are nearly as tall as the base figure, and are flexible enough to collapse as seen above. (They make great fans when sitting in a room filled with heat lamps by the way.) As a bonus, why not compare the first version with the latest? 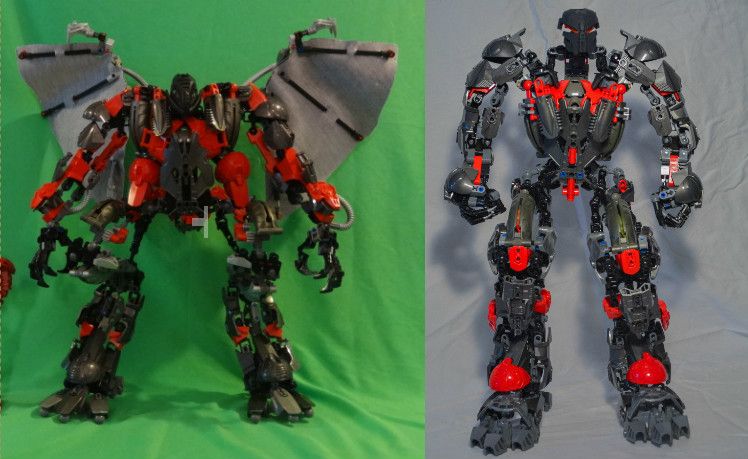 That’s about all I have to show without taking up too much space on the page in the way of pictures. If you want to see more pictures, go look at my Flickr.

#You are gonna go far kid

Awesome, this looks imposing AND evil

The Hua in the center was a nice touch

It could be that too; It’s not meant to be a set in stone detail. It can mean whatever you want it to.

the neck area seems to empty to me, can you fill it out some?

Without restricting motion left and right, probably. Will I do it? Give it time.

You are gonna go far kid

###ahem
Now, with that out of the way
Dude. This thing is freakin beautiful. So many references, so many features in one giant moc. It literally looks like a fusion of maxilos and 03’s makuta with friggin wings (which look amazing btw)
My only suggestion would be to paint the mask a ligher shade so it meshes better with the overall color scheme. Great job, and your effort totally paid off.

other than slight mess, this is the best form and he looks awesome

Apart from the aformentioned neck, it looks great. Maybe the arms are a little gappy, though.

My only suggestion would be to paint the mask a ligher shade so it meshes better with the overall color scheme.

I’ve thought about it on several occasions, And will most likely do it way, way, WAYYYYYY down the road. But thanks for the suggestion!

Apart from the aformentioned neck, it looks great. Maybe the arms are a little gappy, though.

The arms are a slight issue that I have yet to come to a solution for. While they’re certainly less gappy than the previous versions, I am aware of the gaps that still persist. As it is right now, the build would rely on two ball joints in the shoulder as it currently has, because of this, all previous designs made to subsitute the current build proved too lanky, or too heavy.

Now I can fight in the final Pokemon battle of the game!

Very awesome design all around. 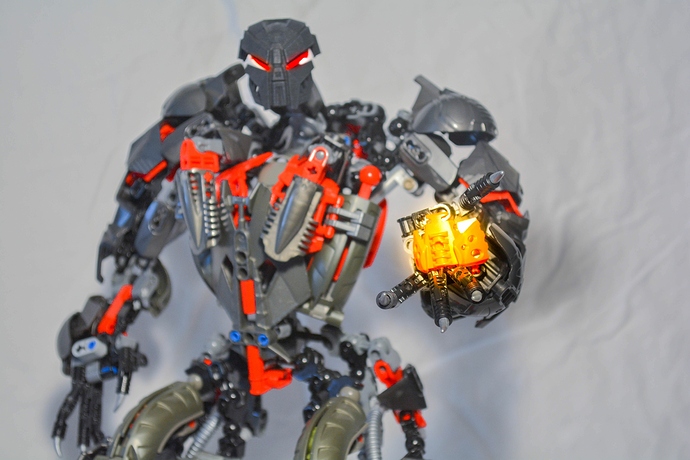 There’s really no point in saying anything.

This MOC is gorgeous from head to toe (neck looks a little odd though).

I’m not such a huge fan of the wings, mainly because they’re all tiny compared to the MOC (and how they appeared in LoMN) and the material doesn’t really look right. The ones in the movie looked like fire. Would recommend heading to a craft store and looking for a new material and maybe making the wings 50% bigger? 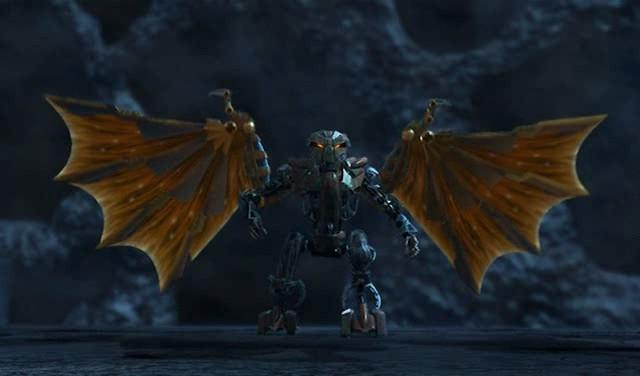 I think the upper chest would look better with two large gunmetal parts covering between the shoulder and the gunmetal roborider heads. That’d frame the mask and neck area a little better too.

I have to say I love the inclusion of all the kraata and the mask! And the tripled-up mata feet are a great touch, too. They remind me of old 2001-3 era combiners.

This MOC is impressive, but It doesn’t look at all like Teridax other than the mask and colours. He’s way too tall. His legs are also really long, and I’m not too much a fan of the feet either. His neck is also really long.

Other then the neck (which everyone else has already commented on) i have no problems with this MOC. I love the giant and imposing look of this guy.

This MOC reminds me of when he was a giant robot.