So there’s been a lot of talk recently about the upcoming Marendar canon contest.

Funnily enough, I never really knew much about Marendar. He’s a very late addition to the story, and one we never really got to see fully realized in appearance, but more depressingly in the narrative.

For anyone who somehow doesn’t know who Marendar is, here’s the quick recap:

Marendar is a biomechanical creation of the Great Beings. Designed as a deadly assassin and hunter, Marendar’s only purpose was to eliminate the Toa should they ever go rogue. Upon the death of Makuta Teridax and the reformation of Spherus Magna, Marendar was accidentally released due to the sudden influx of Toa Power on the planet. He has natural resistance to elemental powers, could track Toa Power, and was believed to be virtually unstoppable by the Great Beings. He now roams the planet, presumably in pursuit of the remaining Toa.

His name is the Agori word for “Salvation.”

I’ve been obsessed recently with all the ideas of what Marendar could have been, not only in his physical design, but in his role in the greater Bionicle narrative. Set up as a terrifying, Terminator-like threat to the Toa (whose numbers have already greatly dwindled), Marendar was perfectly poised to become Bionicle’s next Big Bad.

We would have presumably been treated to all the fantastic drama of a never-ending, looming threat. The Toa would have nowhere to run and would be nearly unable to fight back. However, Marendar could have been the very thing to solidify the unity of the Matoran and the Agori; the natives of Spherus Magna would have to grapple with this threat affecting their co-inheritors, and we could have seen all the different sides of the conflict: those who want to protect the Toa, those who would rather see them gone, those unsure of how to even stop this killer. Distrust and fear would do battle against solidarity and unity.

All of these thoughts led me to make these concept sketches:

I’ll do a quick run-through of each one.

1 - “Basic”: A very simple design I used as a starting point. I arrived here from a number of factors. Firstly, Marendar is described as humanoid; even though some of the other designs get a bit crazy, I maintained that basic human shape. Secondly, the shapes and proportions are inspired by concept designs for the future Sentinel robots featured in X-Men: Days of Future Past: 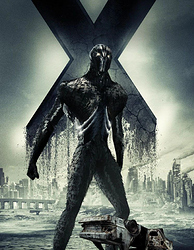 Anyone familiar with the X-Men franchise will recognize Marendar as a bit of an homage to the Sentinels: robotic hunters meant to eliminate a specific group of people and can adapt to powers. I leaned heavily into this for a lot of designs.

2 - “Tank”: A variation of the base design with larger proportions. A stronger take on that basic form.

3 - “Atlas”: Inspired by the Atlas robot from Portal 2, this form has a central eye.

4 - “Metroid”: So called because of the visor shape. This one has a blade arm, but I imagine all forms of Marendar would be able to materialize weapons of any kind.

5 - “Grevious”: So called because of the multiple arms. I’ll be honest, not a fan of this one personally.

6 - “Sentinel”: My personal favorite, heavily inspired by the final design of the future Sentinels from X-Men: Days of Future Past. Also a bit of the Yu-Gi-Oh monster Jinzo too.

7 - “Gunner”: This one wouldn’t be practical as a MOC, but while I was making these concepts symmetrical I liked how the split down the body looked. This one has Hoseryxs’ hoses and gun arms.

8 - “Mock-Toa”: This one reflects the Toa Mata design. Although Marendar destroys Toa, I think there’s something neat about being of similar size and shape to one’s prey, almost as a mockery of it.

9 - “Salvation”: Playing off the translation of the name and an angelic motif. I imagine this version floating everywhere and giving off a shining aura meant to inspire the Agori.

10 - “Gundam”: So named because it’s based off a number of Gundam designs.

The final vignette uses my personal favorite of these concepts and depicts how I imagine Marendar battling the Toa and their allies. Props if you notice the two figures in the background trying to aid the Nuva!

Note: I know Marendar is canonically about the same size as a Toa, but I love how imposing and menacing he is when he stands so tall above them.

Anyways, these are just a few of the visual ideas I’ve had in my head for Marendar for a while. If anyone wants to take inspiration from these when the contest rolls around next year, feel free!

Do let me know what you think, and if you read this whole thing, here’s your cookie! You earned it:

What about the “Incredibles” robot design?

If it ain’t chonky I ain’t votin’ for it. 'T is as simple as that

Prehaps Marendar can change forms to best suit to toa he’s fighting against so say he’s going up against Kongu he changes the form he’s currently using to become form 2. If he has to fight the rest of the Toa Mahri he changes to form 5.

Ooh, this is really nice, thank you for this. Also Grievous is my personal favorite.

Prehaps Marendar can change forms to best suit to toa he’s fighting against so say he’s going up against Kongu he changes the form he’s currently using to become form 2. If he has to fight the rest of the Toa Mahri he changes to form 5.

That’s entirely possible, especially if you lean into the idea that he can materialize weapons and change his form like the future Sentinels. Not a known ability he has, but definitely one I can see him using.

Ooh, this is really nice, thank you for this. Also Grievous is my personal favorite.

If it ain’t chonky I ain’t votin’ for it. 'T is as simple as that

Some stuff to help with your concept, I need Marender to invoke this lev of fear. 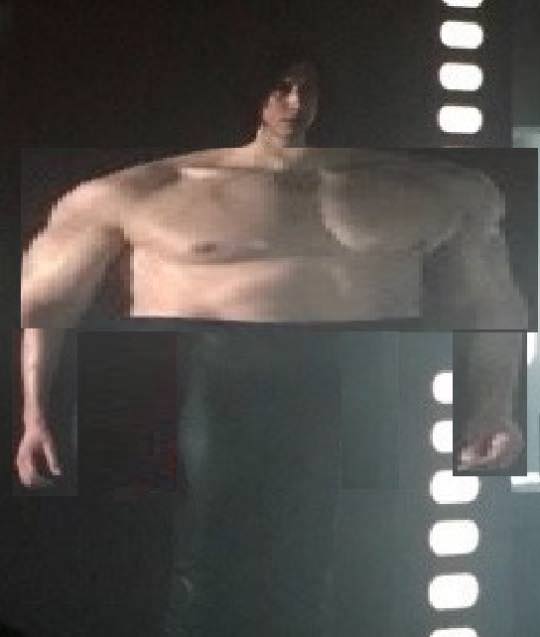 I think 9 really fits for when I think of Marendar

Number 6 is literally my Marendar moc

I have to agree. “Salvation(9)” gives off the same vibe that the Angels do in Evangelion. And since Marendar has a natural resistance to Toa elemental powers, I am imagining it like an Evangelion battle; ie: lasers bouncing right off of its armor. If even the Great Beings believed that no Toa could defeat it, I feel as though Marendar needs to give off a somewhat otherworldly vibe. If it ended up looking demonic or robotic it might end up looking like a Makuta or enhanced Vahki. And Marendar is certainly one of the most dangerous threats imposed on Spherus Magna, so he should look distinct, much like Teridax did when he was the main villain.

I’m a bit late, but I love the Sentinel inspiration! Imagining one of those things going full Doomslayer on a squad of Toa sounds amazing. I love your design work here!

I’m even later to this party by a whole year, but darn do I love your sketched analysis!

A perfect representation of potential forms a “living weapon” can take. This would serve as a wonderful basis for those aspiring to fulfill their own visions of Marendar. Thanks so much for your work! I love it!

Based on your analysis, it appears as though I’m going for a mix of 2, 3, and a dash of “beast” for its hunting purpose. I’ve been advised to transcend the “mech” concept and “not make a basic big bot just because it was described as such”, as Bionicle tends to push the limits of their motifs(e.g. Krika as a mutated mantis), hence, I’ve thrown in the bio to Marendar’s biomechanical– a tail and hind legs. 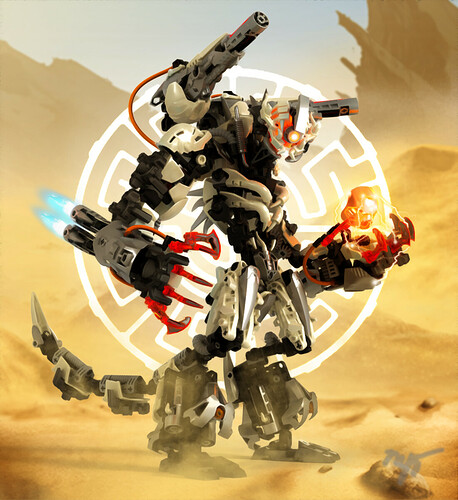 Ngl your analysis is inspiring as heck, and it makes me wanna revise my own version further. Since the Contest is years away, everything is a WIP until then, amirite? Cheers to this wonderful post!

Hey, man, thanks so much! I really appreciate it, and I’m glad that my explorations, however small, inspired your take or help to push your own further!

Your Marendar is one of the coolest I’ve seen! Can’t wait to see what you do with it!