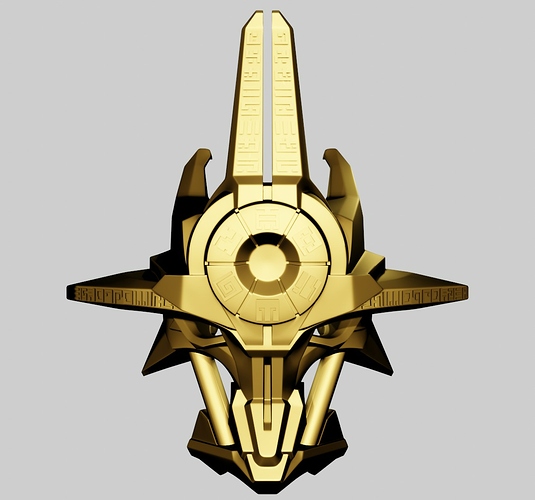 Finally, after two months, I’m ready to tell you about the mask I’ve been teasing for so long.
My new masterpiece, the Mask of Ultimate Power, is next in line! 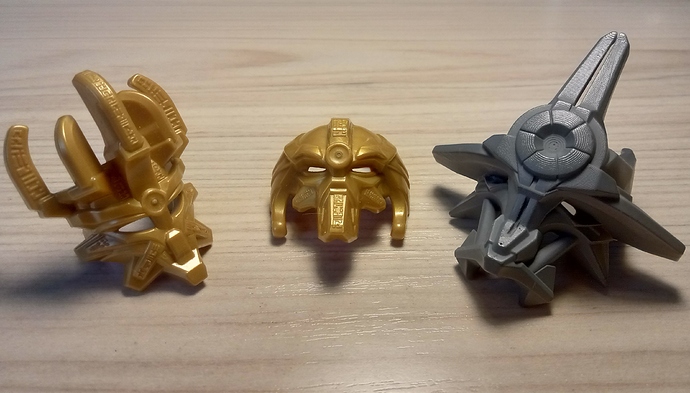 Everyone probably had a dream to buy this detail, but the huge disappointment was that it simply was not released

I took the responsibility to make the mask completely as if it had been released by LEGO.
As you can see from the inside, I tried to make it completely the same shape, if the model had completely gone through the process of pouring plastic into the mold, and then found itself among a pile of plastic, in a container.
At each stage of the work on the model, I had a lot of difficulties, for example: the wrong set of references, small errors that do not match the original shape of the mask, unnatural neckline for the eyes, which is only available in this mask, which makes the eye sockets barely visible. there were problems with the inside of the mask, also, I deliberately put Lego rods instead of pistons. In the original model, the pistons are a bit thicker, so I can say that I played along with the wishes of MOCers. And how many prototypes were printed…
The biggest difficulty for me was the form factor, it seemed to me that the mask model was bigger than it should be, and my first printed prototypes were much smaller than the real size. I didn’t really want the titan size, but after listening to many people, I decided it was better to leave it as it is. 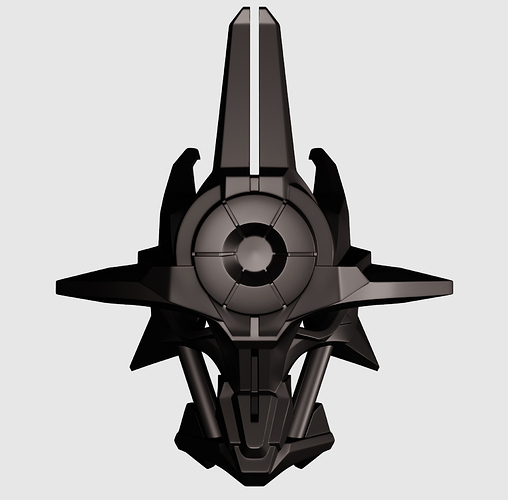 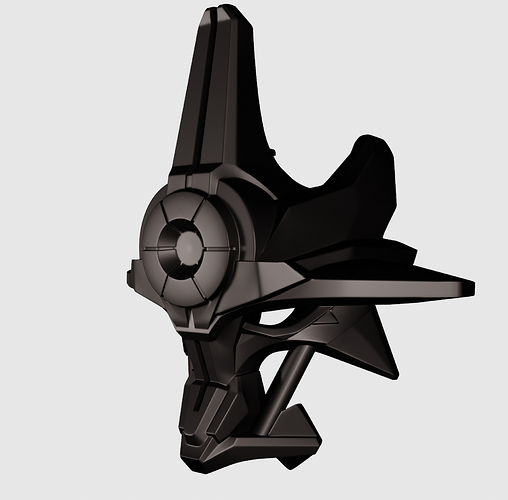 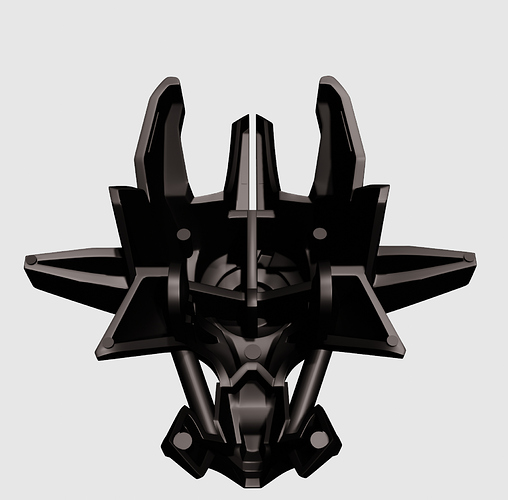 I decided to contact the real designer of the sets, John Ho, to get some information from him. As it turned out in our dialogue, I did everything right, I will not pull it, everything is even better than I thought. 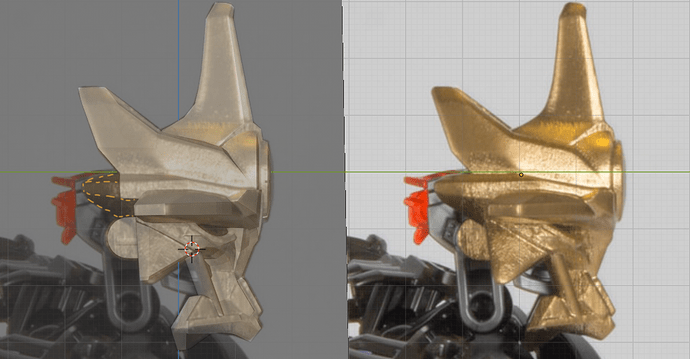 Безымянный1001×521 432 KB
And even more so - it’s a little bigger than CyberHand’s titanic mask! If speak about details, mine wins in everything.

You can order this mask in my Shapeways store, everything is not as expensive as it used to be. Speaking about the features of the mask, now it fits perfectly on the head of G2, and you can also order it in any metal you dream about. I hope you’ll enjoy!

I still think it looks odd having identical mirrored runes on the front of both of the vertical prongs but other than that, this is fantastic!

Explain why, for this is the most correct option.

Maybe it’s just a personal thing. I get why the runes are mirrored on the Mask of Control and Mask of Creation (except for on the big middle prong on that one), its a small enough detail that isn’t really noticeable. But on this, it’s front and centre of the mask. At a glance it looks perfectly fine, just looks like some extra details - but upon closer inspection it’s a detail that just jumps out and bothers me for some reason… I think it’s just because they’re immediately next to each other that it’s so noticeable - it strikes me as more of an imitation of an ancient runic language than an authentic detail like I imagine it would be.
IMO they should have different patterns, but that’s my only complaint. I’ve been waiting for a MOUP that fit aesthetically with the other great masks from G2 for a long time.

That’s gorgeous! It’s truly the ultimate Mask of Ultimate Power. But what if one has a 3D printer and wants to print it out? Have you considered selling the model files for the mask?

I’ll be selling the 3D model file in my Etsy store.
Link: https://www.etsy.com/shop/CustomPartsStore?ref=seller-platform-mcnav

Fantastic craftsmanship and bravo for the dedication! You make a really compelling case to purchase a copy (and that’s scary-good).

I don’t know if I was communicating my only gripe with this rendition very clearly earlier, so this is KhingK’s mask of creation. 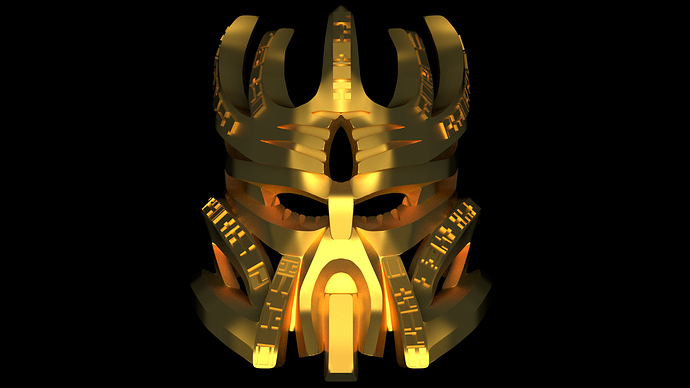 maskofcreation41920×1080 366 KB
The symbols that decorate it are not simply mirrored left-to-right, and I think the look of the mask is better for it than it otherwise would’ve been if they were instead mirrored.

While I don’t think it’s entirely necessary to do the same on your MoUP, I do think at least the two parallel vertical prongs in the middle of the mask would look considerably better, and more propper if the left one had a different string of symbols than the one immediately next to it on the right.

Otherwise, this is easily the best rendition of the MoUP so far.

Now this looks fantastic, and those runes have sold me on it.

You ever think about letting out a few files for someone who want to pump out the mask life-sized?

I thought about it, you’re the third person who asks that. I’m not really sure about that, because I think that the eye holes are too wide and it would be just uncomfortable to look through them.

However, among my ideas is a fully functional Akaku, with a fully working eyepiece and a built-in thermal imaging camera. I don’t know when I will implement it, but everyone will see it for sure.

I thought about it, you’re the third person who asks that. I’m not really sure about that, because I think that the eye holes are too wide and it would be just uncomfortable to look through them.

Fair enough (But if you ever change your mind, I can guarantee I’ve worn worse)

However, among my ideas is a fully functional Akaku, with a fully working eyepiece and a built-in thermal imaging camera. I don’t know when I will implement it, but everyone will see it for sure.

The mask looks great. Is it possible to see a 3d printed version of the MoUP with the runes?

Mine came and I love it, I’ll post pics when my paint job is done, assuming it turns out well.

the black version of the MOUP is, in my opinion, the perfect looking mask of shadows for a new makuta

I wanted to buy 3D model today, but your whole shop disappeared from etsy

I am very sorry, I closed it for a while, but I was going to open it within a month.
Thanks for posting here on TTV though, I just noticed your post.
You could have email me in a private message and I will tell you how you could buy a 3D model.

I’ll post pics when my paint job is done

And I shall fulfil my promise 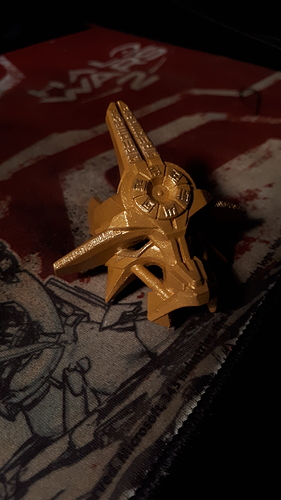 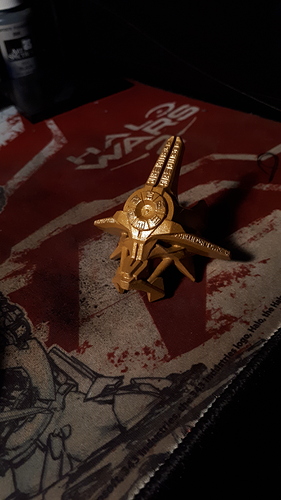 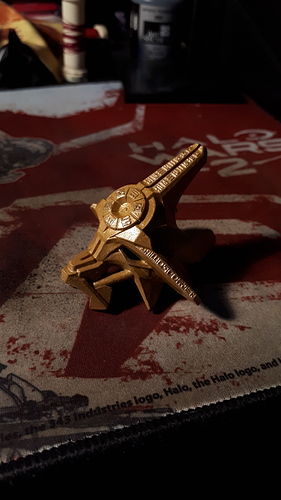 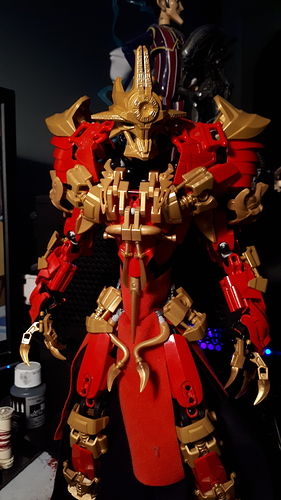 You could have email me in a private message and I will tell you how you could buy a 3D model.

Anyone welcome to follow up on that offer because I would really like to purchase the file.

Cool moc and all but where’d you get that Robbie rotten statue?

where’d you get that Robbie rotten statue?

We’ll keep it short because it’s very off-topic, it was given to me as a gift back in either 2016 or 2017 by a teacher at school after they found it abandoned in a classroom.