Built to explore the icy mountains of Pluto’s surface, New Horizons II’s heart is warmed by the nuclear heat of recycled atom bombs. 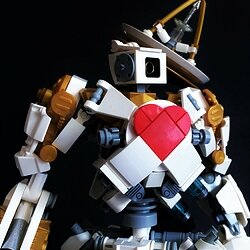 Built for Round One of the 2019 Bio-Cup. Theme is “Solar System” and my assigned category is Pluto.
It’d mean the world to me if you headed over to support the main post on Flickr too. 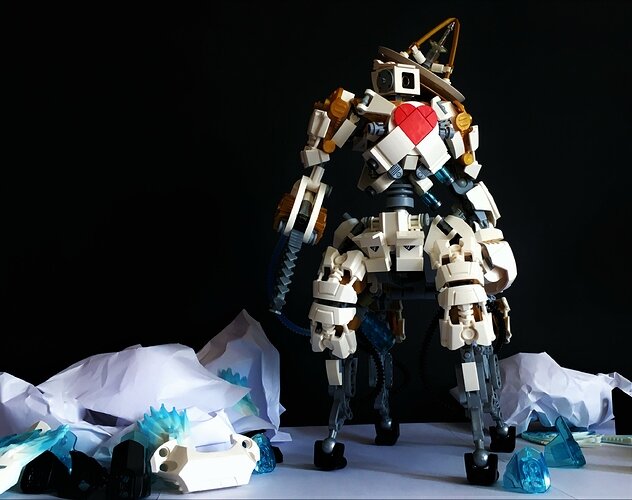 Idea here was to build near-future follow-up mission to New Horizons, which famously mapped Pluto’s surface in 2015 and discovered the distinctive heart shape. This time the aim is to physically land on the dwarf planet and take samples of frozen nitrogen, methane and water ice with the aid of its excavator tool, gyroscopic legs, multilayer insulation, auxiliary cameras and a plutonium power source. 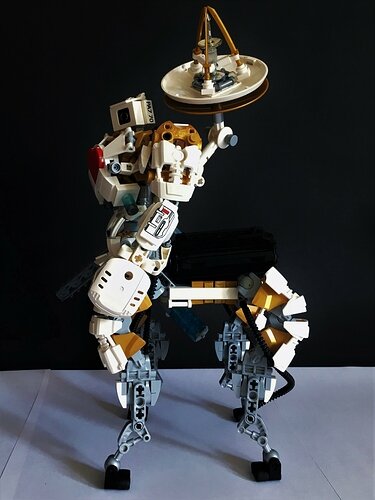 Major inspiration for this one comes from New Horizons itself - the dish and reactor are based off the real thing, as well as the gold that represents insulation covering critical components of the robot. 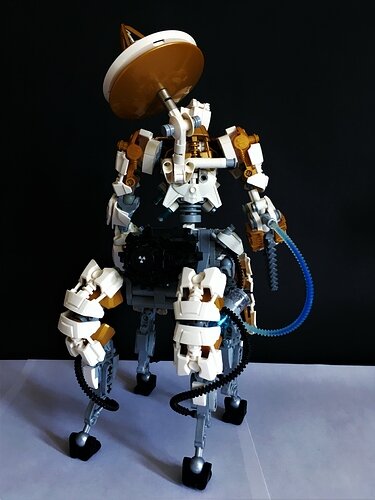 Other robots NASA has produced, particularly Curiosity and Valkyrie, have factored into the design as well as Boston Dynamics’ quadrupedal robots. If it’s going to be scaling mountains of ice, wheels aren’t gonna cut it. 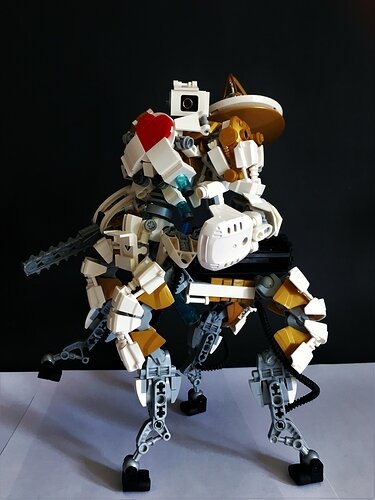 My opponents in this one are Jayfa and Loysnuva, both of whom are incredibly talented and well poised to take me out.

Loys has: The Tremendous Adventures of the Cosmonoot
Jayfa has: Pluto: The Celestial Dwarf 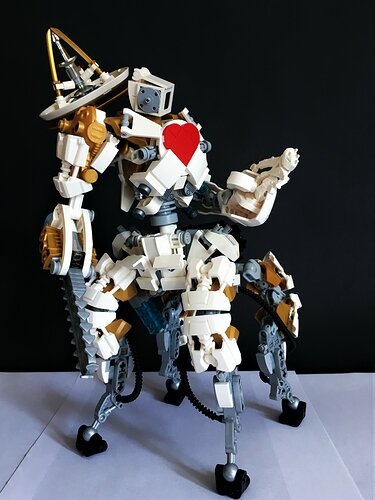 The original New Horizons launched in January 2006. A little too early to take a Piraka along, but I think Nuju is a better companion anyway. <3

EDIT: Unfortunately I didn’t make it to Round 2, but I’m glad to have taken part and been knocked out by another contestant instead of illness or poor planning. And there’s the second Redemption Round to get stuck into!

This is really good! 9/10. The back section is too thin

What do you mean by “back section”?

Top of back torso