Rena read it, and looked at the Okotoan for a few moments.
“How can you know that I am lonely when you are blind and mute?”

Dakron smiled.
He scratched in the ground, “I can hear it in your voice. I’ve learned to sense how people feel by how they speak, and their actions.”

She crossed her arms and smiled tiredly.
“Fine. Follow me.”

@Ghid, @Runa, @Toa_Vladin, @KAI_BORG
Virky stealthily follows the group, unbeknownst to her, she had been spotted by Azure who stood behind her while she was peeking out from a tree. Suprised and cut of guard Virky fell out of the tree face plamed, quickly trying to get on her feet. “You seem awfully familiar?” Azure commented. Weirded out and uncomfortable Virky let out, “I… do…? So… your …n…ot gonna blame me for following you?” Knowing she had said to much as she saw Azures face reaction to what she said, she covered her mouth with both her hands and tried to run off. Azure grabs her by the shoulder and says “You were spying on us? Did Tarkur send you like Athena over there?” Azures voice was calm but strict. Frozen in place Virky carefully turned around as she answered, “No… Wait… what is… his name?!” Virky obviously regocnized the name but couldn’t place it.
“Tarkur is his name he’s another fire Okotan, do you know him or not?” Azure responded in the same tone as before. “I… don’t… but I’ve heard the name… before.” Virky explains. “Then you probably doesn’t work for him, your good to go now.” She says before remebering that Gladius wouldn’t like that she just let someone spy at them and then leave. “Never mind follow me” Azure added. “…ok…” Virky responded quietly.

Tarkur arrived at the vulcano looking for clues after were streke might be. Meanwhile Era was cleaning up at the hotel.

@Jcton
Skipper continued to look for a way to get in through Tsim Krads entrance without being noticed to no avail. He could be seen standing and banging his head like Winnie the pooh muttering, “Think, Think, Think”

Domau continued his work on the “Kanoka” project he was working on.

Reige headed towards the forge, due to his rope he was rather cloaked and thus went unnoticed as he strolled the city.

Capella looks around
“I don’t see him…”

Dax agrees,
“How much does our target know about the current landscape?”

Erebos sighs as he gets closer to the edge of the glacier and is now over looking the mighty deserts. His journey was only so long it’s a good thing he can run.

Sonata marks a place on a map. She focused her mind on everything that Symphony had told her about the Dark Mist and his connection with them. One thing that he told her is the false entrance a door carved into a wall with seemingly no way to it or through it. She learned from him that the real door was above and hidden, so that any guard could watch those who try to get into the entrance, and take them out if they were perceived as a threat.

Skipper continued to look for a way to get in through Tsim Krads entrance without being noticed to no avail. He could be seen standing and banging his head like Winnie the pooh muttering, “Think, Think, Think”

Skipper might hear a small pebble fall from above and behind him. Two Dark Mist guards were standing on a higher level with a tunnel entrance behind and above him and a suspiciously carved door very similar to the one he was currently banging his head against.

Xol and Melody took off the first place they went to was the tavern, and Melody asked where a bounty hunter with two katanas would be, he would be a fire okotan with markings on his mask.

@TheMOCingbird, @jayzor17, @Axels
Kryuna, Lync, and Hiraeth might see a small group of five armed okotans. They all bore the same rune on their left should armor. 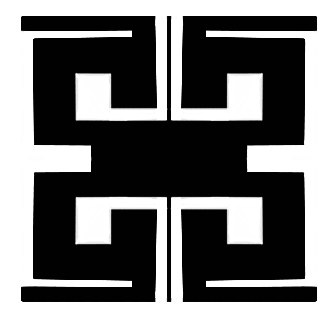 OOC: he was meant to banging his head with his hand thou this seems more hillarious.

Skipper looked up after hearing the pebble fall he saw the two guards and the door he also noticed that the thing he had been banging his head against also was a door and proceeded to try and open it.

OOC: Oh, you meant face-palming…
IC:
The guards of Tsim Krad would point their spears at him, there was only two of them, and they seemed keen on not letting him through.

Skipper turns around and looks at the two he recognised the armor but did not know their origins thou what he did know was that he had gone through the fire and into the frying pan. “So u wouldn’ mind me goin’ threw, aiy? Mates?” He says.

One of the guards spoke up,
“Speak your name and intention.”

“Tu answur yur first question my name is Skipper wth capital S. For you seconed guestion I’ve gut no ideu. Just kno that I want to get in to meet someune.” He answers truthfully not even analyzing the situation.

The two guards look at each other, before the other grumbles,
“Get lost before we hurt you.”

Skipper moves the spears away and moves through the middle of where the guards stood, muttering, “Gett loste.” To himself as he walks away for now.

The guards return to their post and one leaves to give a report.

“What. Is this?” Athena asked on an unrespectfull way, seeing the building.

“I have a slight suspicion it’s our destination.” Gladius said casually. “It doesn’t appear that visiting it will attract too much attention…”

As he spoke he readied his sword and slowly turned in a circle to face Azure… And her companion. “Now who are you?”

The Lord of the Undying Storm breathed a deep sigh of relief. Like a switch had been turned on, his energy suddenly came rushing back to him. It didn’t cure his fatigue, however, and he silently thanked the cold winds on the mountaintops for helping him along.

Half way there. Maybe more.

Virky followed Azure to the group, upon being asked about who she was and seeing the sword she jumped back and hid behind Azure. “I’m… Virky…” Virky replied to Gladius(@Ghid) question, “Yeah, I don’t know what her deal is put she was spying on us. Also is it only me who thinks she remindes me of someone.” Looking at Athena(@Toa_Vladin) considering she had seen Tarkur a few days ago and probably could have noted the simularities between the two. “Oh… this… this… might… just be a misunderstanding.” Virky comments, Azure facepalmed as she heard Virky’s attempt at getting out of trouble. “You know, you just made it worse for yourself.” Azure commented, Virky looked quite freaked out about this and responded, “Maybe… it… wasn’t a… misunderstanding! But I’m not here … to… harm any of you!” Azure contemplated in her head “yep screaming definitely will help”. Now knowing that Virky was a lost cause Azure took over, “She’s harmless, so much do I know, she is not armed in any way and doesn’t seem to be part of any organization.” Azure stated.

Athena frowned as she started looking intensly at Virky. It was clear that Azure’s rematk made her put some pieces together.

“You didn’t answer me before.” Gladius suddenly turned cold, slowly stalking up to Vicky. “To think someone with such a poor demeanor as yourself would even consider attempting to stalk a group as powerful as this one and yet still have the audacity to blatantly lie as soon as you are cornered. Children were given the mercy of lashes for penance, but with your daring act I see no reason not to give you a warrior’s punishment for falsifying the truth.”

He stopped inches away from her, and although he wasn’t that much taller than her, his armoured figure seem to loom higher that the trees as he stared down menacingly into her frightened eyes.

“Very nice and smart, Edgelord! A god of war like you against a young and scared child like her!” she said, forcing herself between the two. “Guess what! This is not the first time I get stalked in the last week. The difference between that time and this time is that the stalker actually ended up following me for a while before getting rid of him in the City of Mask Makers. But guess what? I did not tried to kill him!” she paused for a few seconds before muttering the rest for herself “I mean I did but it was a completely different situation…”

Gladius didn’t make eye contact with Athena. He kept focused on Vicky in spite of her attempts to cut him off. “I hear the Le-Okotans create an excellent breath mint.” He sardonically replied.