Blaze had gotten to work and picked up a list of masks that needed to be made. He started with some simpler, basic designs and gathered the needed Elemental Crystals before firing up the furnace.

Streke and Dakron sat in the library, the former reading passages from stories aloud and the latter drawing them.

Kryuna walked out of her tent and saw Hiraeth. It was clear something was troubling him, and she almost wanted to ask him about it, but no. She knew both herself and Hiraeth weren’t very good at the whole, “handling emotions and sharing them with others” thing, so instead she just sat down next to him, and stared into the ashes.

After a long moment of silence, and Hiraeth not looking away from the ashes, Hiraeth grunts. “Everything alright?”

The Puppeteer leans back in her throne. The Dark Mist Rune worn on a red banner was raised high. She was in the layers of Tsim Krad, deep and hidden in the Earth Region. She clapped her hands together and one of her subordinates stepped forwards. He stood at attention. She spoke, her voice was smooth, but sharp at the corners,
“You, it’s been three years since Makuta’ defeat by Ekimu’s worn contracted warriors. Symphony especially has grown soft over the years, he’s now a father. I hate it. He used to be that okotan that could be even become greater than Makuta. I loved him when he was like that, so sinister and cold. He could kill anyone in cold blood and now…I doubt he would kill a pigeon. Keep watch on him as always, it was a fluke that one of our men killed Geet, so any careless moves will only be worse for us. That being said I want you to bring Symphony here, without killing anyone or hurting any okotan. This is you final test, soldier, so go and do so.”
The subordinate left Tsim Krad and traveled towards the Earth Region. Word traveled among the bounty hunters that the Dark Mist was moving again.

[hours earlier]
An ashen black figure broke out from the ruin’s cage, in the Jungle Region. He walked out, ducking beneath the door frame. He left and moved upwards the penisula. He found a small huntng cabin with a gravestone. The gravestone had a large chain wrapped around it and on it was inscribed a name. The being spoke aloud,
"Geet…whoever you were, I shall bear your name with honor, since you were loved. At the bottom he marked the stone with his hunter’s rune. 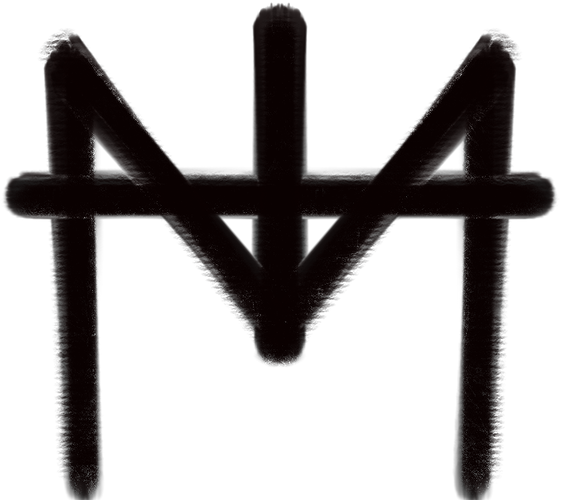 Andhera Geet left the cabin and went searching for more okotan ruins, where ever the mask might be…
[present time]
News spread that a tall being, about the height of a toa, was spotted in the jungles. Whenever he found a ruin, he left a strange mark…

Symphony was in the blacksmith’s shop of the Fire Region’s capital. He was forging a new sword as the blacksmith’s apprentice. He quenched the sword in oil and reheated it, making sure the blade was true. He enjoyed the change of life’s pace, everything was slowing down.

Sonata was in the house watching the two-year old Aiya. Aiya was crawling around the main room, playing with a simple toy, her dad bought her on her birthday. Sonata was in the kitchen preparing a meal for her and Aiya. It was a salad for herself and some softer food for Aiya.

Dax was at the market street in the City of Mask Makers. He stood at his fruit cart and sold fruit. He was right across from Melody’s bookstore, called The Old Bookworm. Life is great for Dax, his old peers from the time he worked as a city guard often visited him and bought a few pieces of small fruit.

Melody sold books in her store, she was quick at business and quickly learned how to handle the ropes of a shop. She recently came back from visiting Symphony and Sonata with their child, Aiya. It was calming to see Symphony change in so many good ways. It was comforting for her brother to be like that…she only wished Geet lived to see the day, Symphony got married.

Capella returned to her hut, well it was originally Geet’s hut. She noticed the mark on Geet’s gravestone. She ran to the hut and saw nothing had changed. Something’s on the move… She ran towards the Jungle Capital, mainly to the tavern. It was a four hour sprint, so she didn’t stop, only resting by walking and stretching her muscles.
…
[present time]
…
She ran into the tavern and tripped on the stairs landing face first. She chuckled,
“That was not my best entrance, I’ll admit that.”
She stood up and brushed the dust off her legs and arms,
“Has anyone heard of a hunter with this mark?”
She drew the [Andhera Geet’s Hunter Rune] mark on the wall,
“If not spread news of it around and we’ll find it soon…Hey can I get a drink?”
She looked at the bartender for the last question.

Waiting for the echoing noise to finally die off into the distance, Frog sucked more air into his tiny lungs and bellowed again, louder than before. Why was the sound not returning?

The guards in the only prison on Okoto known to every Okotan who lived there shuddered at the second booming sound, which seemed to creep through every crevice in order to find those with ears that functioned. The Lord of the Undying Storm, who had been in that rotten cell for three whole years, heard the call.

I don’t know what it means, but… I’ve waited long enough. His entire set of armour vibrated as his powers fired back up, coating the room in a thin frost. The guards were alerted and approached with weapons drawn.

The cloaked figure had continued his shambling walk. Scythe still held loosely in his grip as he stumbled out of the forest and into the mask makers city.
Glancing around with a dim look of near recognition growing in his eyes before being quickly drowned out by the haze clouding the rest of his eyes, and they were covered yet again by the odd shadows of his eye-sockets as the second roar sounded. Quickly turning his head to stare in the direction with another low, distorted questioning of, “Makuta?”

“No, yeah. I’m fine.” Kryuna responded, not taking her eyes off the remains of the campfire. “You?” She asks.

@Jcton A cruel smile creeped across Jevis’s face as he entered Tsim Krad’s hall. “Lady Krad,” he said with a stiff bow. “I heard you wanted help finding someone, and I like to help find people.”

The Puppeteer grinned,
“Really? Aren’t you a darling…my favorite…you did extraordinarily well with Geet, though this isn’t a kill mission. I’m thinking I might revisit a old friend…his name is Symphony. He’s the brother of that awful Geet you took care of. Be a dear and bring Symphony…only Symphony. No one Else.”
She stood up and walked towards Jevis,
“Thank you favorite.”
She turns to the rest of the guards,
“Now why can’t you be as useful as Jevis, you just might earn your keep.”
She looks at Jevis,
“Also some sloth-like guards could use some encouragement…I’ll leave that to you.”

Blaze picked up the mask he finished, checking for any flaws or damage.

He gave a disappointed sigh as he found a crack above the eyeholes and placed it in the furnace to try again.

Eventually, Streke led Dakron out of the library to see if anybody else they know is around. “Good books, eh?” Dakron nodded and rummaged for a drawing, then held it up. With one hand, he signed something. “Yeah, it’s pretty close to the stpry. Not bad, my friend.” Streke said.

Ooc: so are there any other people here in the region of Stone?

Hiraeth shrugs. “Eh. Could be better. This jobs pretty fun.”

Blaze took out the mask and began to work on fixing it, trying to be careful so as to not strike it like before. (The roars caused the crack via Blaze getting startled and hitting the mask a little too hard)

“Don’t mention it.” Jevis said as he turned to leave. “And what about his family?” He called back over his shoulder.

@BrokenAxels “Thanks, I guess.” She replied, forcing the faintest of smiles.

As Blaze put the finishing touches on the mask, he saw the sunlight from a window on it and looked outside, it was a beautiful day out there; maybe he would head out later when he went on a break.

He examines the mask and, finding no flaw he could see, placed it in the bin marked “Final Check Needed”. Even after three years, Ekimu still asked to inspect Blaze’s masks before they were sent out for delivery to their commissioners. He checks off the list and sits down, opening the book he had from when he last saw Sun Eater.

Thumbing through the pages, he tried to learn as much as he could from it and to think of ways to apply these things into his craft…and experiments.

Hiraeth, still looking at the fire, nods and gives her a very light nod. “I appreciate you offering me to work with you.”

“Hey, I appreciate that you joined. Your one of our best.” Kryune picked up a nearby stick and began prodding at the ashes.

Hiraeth doesn’t sound any happier at that statement, but he is. “There’s a few welps here. We may have to teach them a thing or two” he jokes.