[Poll] What if Bionicle was a System Theme?

I want to gage some questions here for our next podcast. Firstly: Do you believe Bionicle would be better as a System theme?

Secondly, what if the line compromised by having a core line of System Sets but with Constraction Action Figures (like Star Wars or Chima)?

I’d also like to hear some concrete discussion as to why or why not you think one would or wouldn’t work. We’ll talk about the results of this poll when we return to our Generation 3 segment. 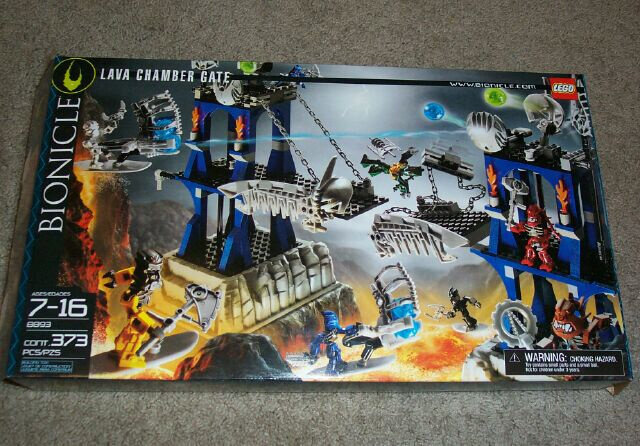 Since I like constraction figures, I would be fine with both being around. But I don’t want to see Bionicle just turn into a system theme. I don’t think I would want an entire wave with nothing but the playsets we got from 2005 - 2007.

Meh. A neat idea, but the constraction aspect is part of what made Bionicle special.

Yeah I think Chima had the right idea with having both system and constraction. This is what I would want for a G3.

I think that Bionicle could work if it had some elements of System integrated in. Take my Self-MOC for example. It combines Constraction with System, which creates a more intricate design that I couldn’t achieve with just Constraction.

But I do not think that Bionicle should take the route of Chima/Star Wars. The '05 to '07 sets were examples of attempts at having System sets in the Bionicle franchise - they simply did not work (partly due to poor set design). Building a bridge or base does not have the same feeling that Bionicle provided (in both generations), that being the feeling of seeing a character come to life before you. These were characters that you could put life and personality into. Minifigures don’t have that same feel. 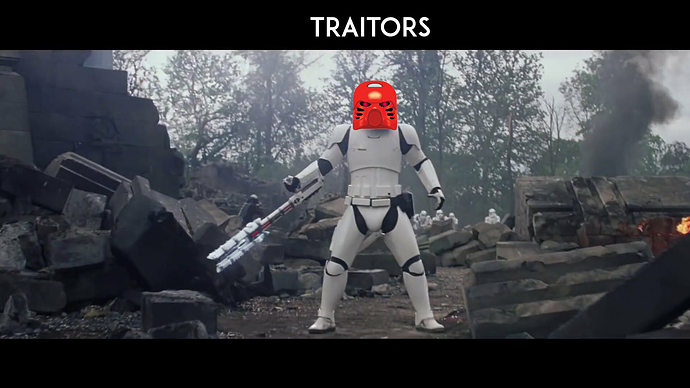 Well while I think it would sell infinitely better nowadays, it would mean taking away the innovation and uniqueness bionicle had, which would be kinda lame imo, however if Bionicle was to be made a system line I feel like it would work very well for younger kids who are new to Bionicle, but old fans (in majority) probably would not be happy with the change of again, taking away what drove many fans into it in the first place being the large action figure aesthetic.

To be fair, LEGO has definitely stepped up their game with set design since 2005.

This was their flagship hero and villain castle in 2005 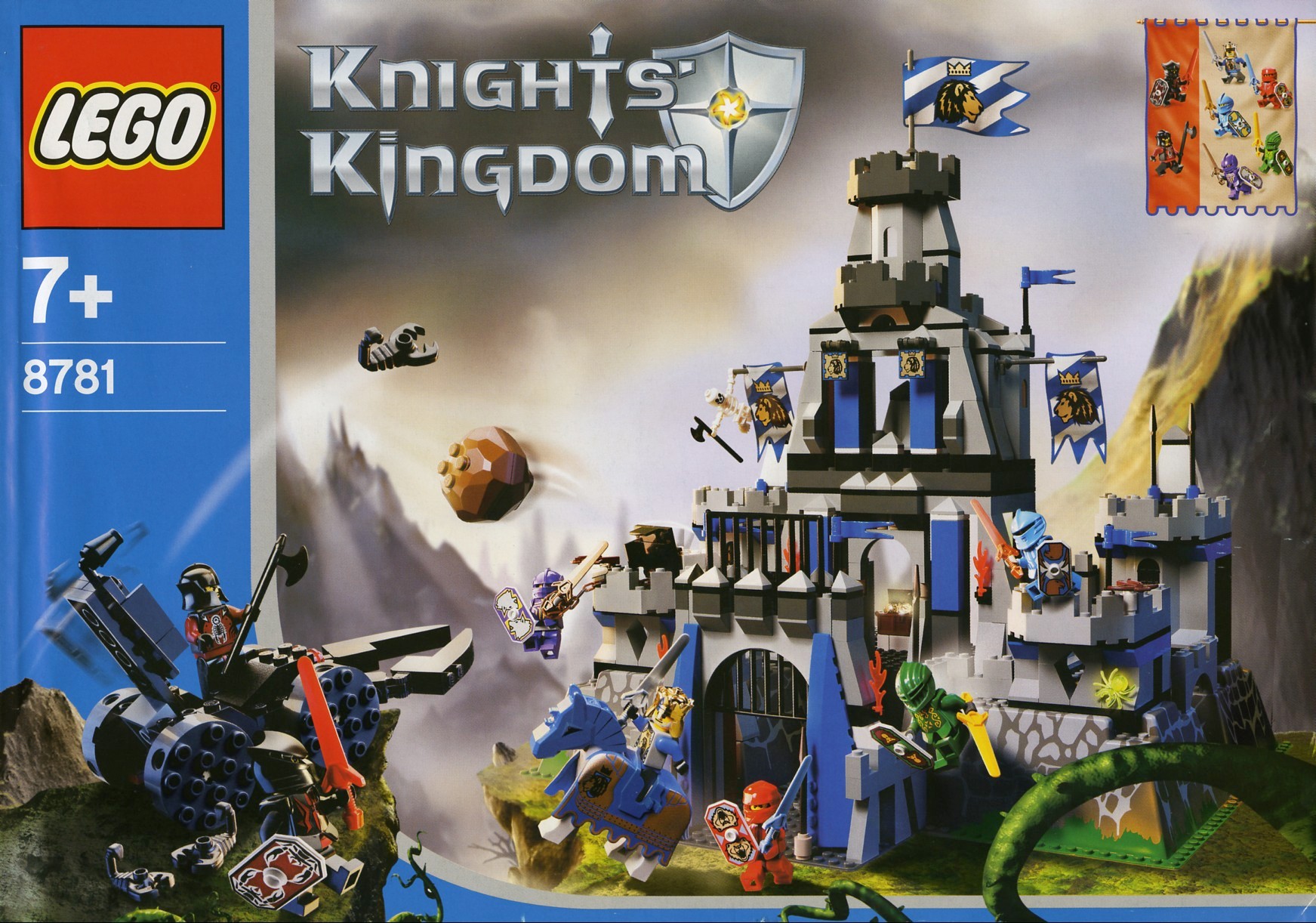 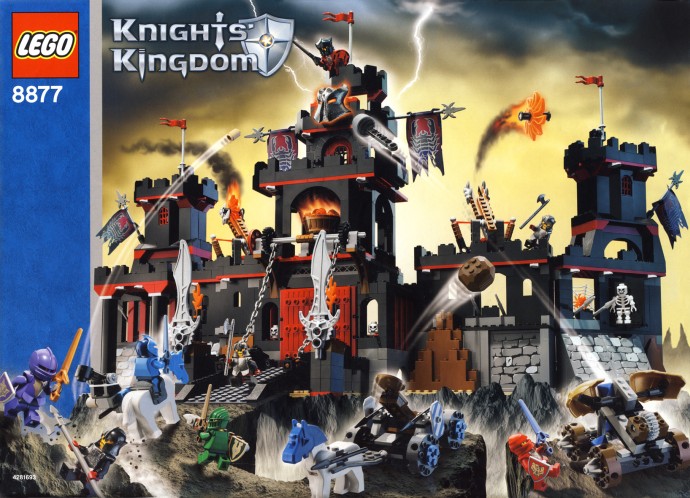 This is their current flagship hero and villain castle in 2016 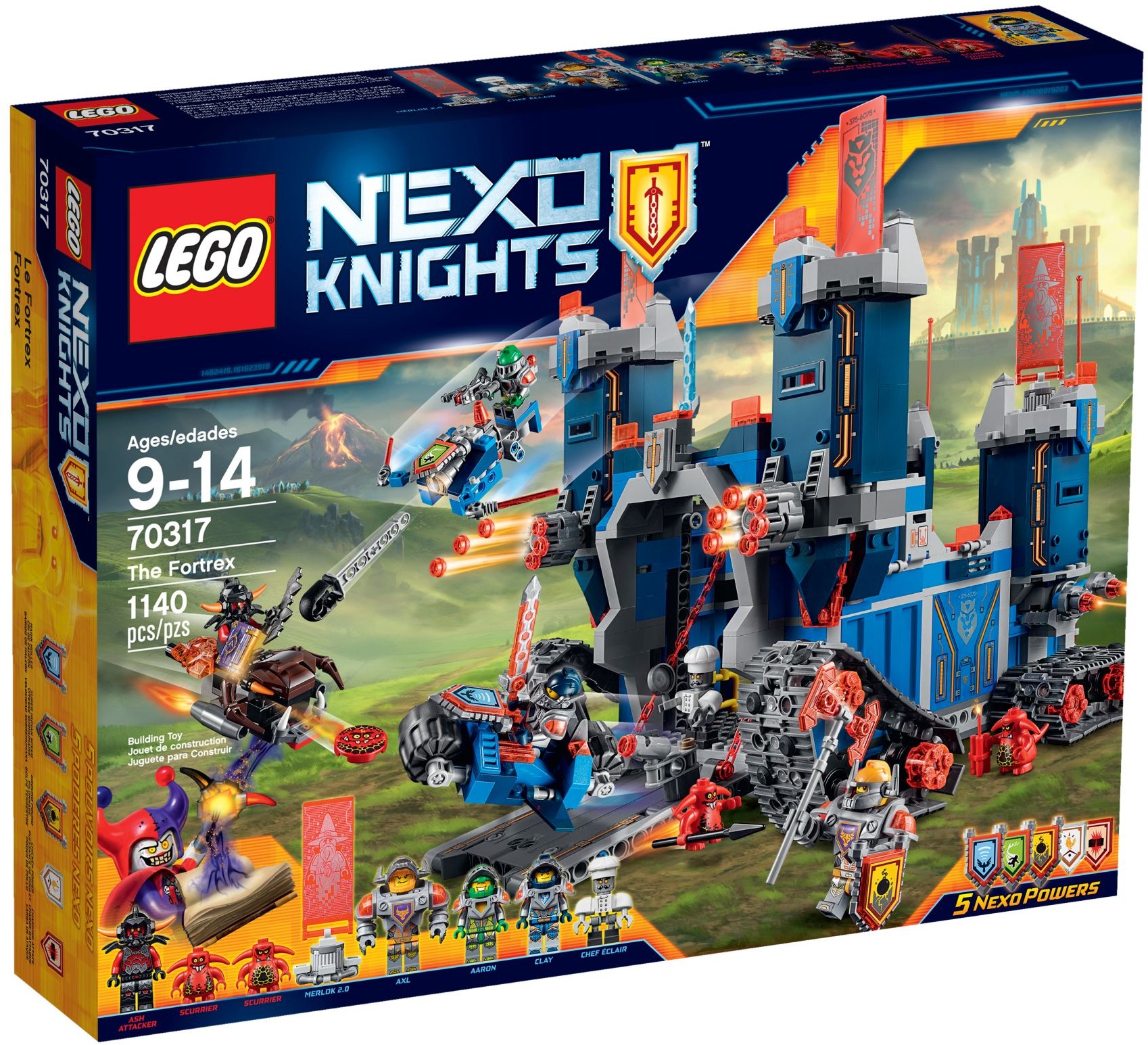 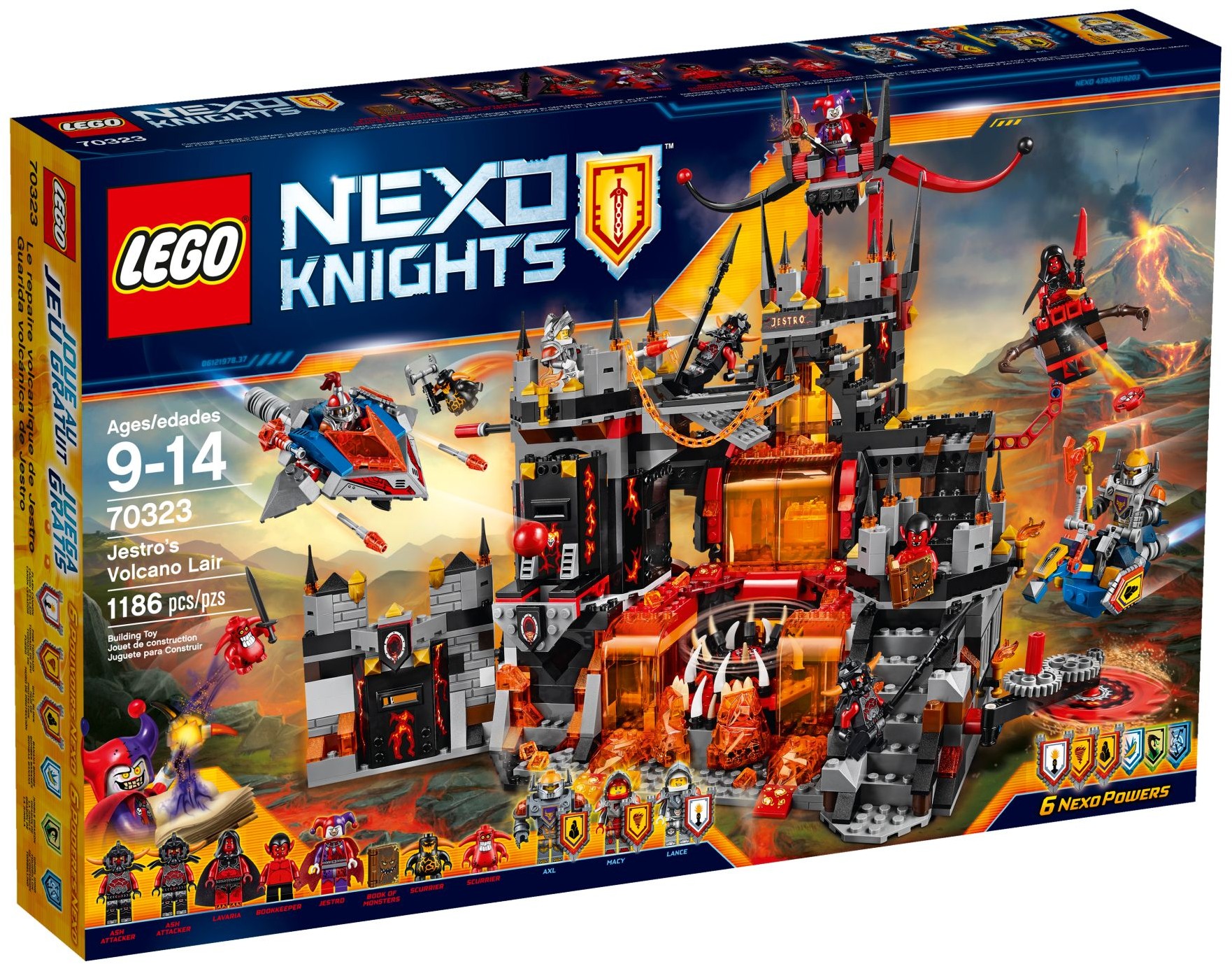 I would love to see BIONICLE as a system theme JUST so it can succeed and if it had a side constraction line to go with it that’d be PERFECT. My only concern is how they would pull of the mask functions and collectablility on minifigures.

I’m sorry but I think that BIONICLE would be more successful as a system theme. I do still want the constraction sets in the theme, though.

I don’t really think it could work on its own as a System theme. In spite of its unique premise (Biomechancial beings in a tribal setting), I feel as though it would be difficult for it to separate it from other ‘element’-based themes, like Ninjago. Set-wise, at least.

I’m not in objection to it coexisting with Constraction though. I liked the idea of using System to recreate certain places back in Bionicle from the Playsets in 2005-2007, and with LEGO ever improving on set designs, I can see them done a lot better.

I actually had that set, along with the Piraka Stronghold.
I quite liked them actually.

Only if its supported by Constraction, otherwise why even call it Bionicle if it doesnt have that option.

Make them use actual minifigure parts (not whatever HF had) so we can actually use the torso parts for outside the theme. If you want the m to be more bulked up, you can use something like Axel used for Onua, and the rest have some shoulder armor (We already have a lot of sholder armor variants if needed for different constraction to minifigure design translations). their heads can have a helmet thing representing their masks (similar to what HF did, one of the only good things regarding their minifigures), while the printing on the actual heads are different depending on the character (aka the face beneath the mask).

BIONICLE is all about the masks and the robotic-looking characters.

Neither of those elements are possible in the current minifig scale, and designing a new “small figure system” for System BIONICLE would eat up parts budgets and still be rejected by System purists. (And would probably look just as bad as G1’s small figure attempts…)

Basically, what you get if you try to make “System BIONICLE” is something that already exists - Ninjago.

BIONICLE is all about the masks and the robotic-looking characters.

Disagree, You can easily make the masks as helmets similar to what you had with HF, and the minifigure torsos are easily translated for robotic characters (like the Ice Ninja) with the appropriate printing.

Heck, the bootleg Protector minifigures figured out how to make the masks, though I would still put printing for the heads underneath, and make them use Minifigure torsos instead of these: 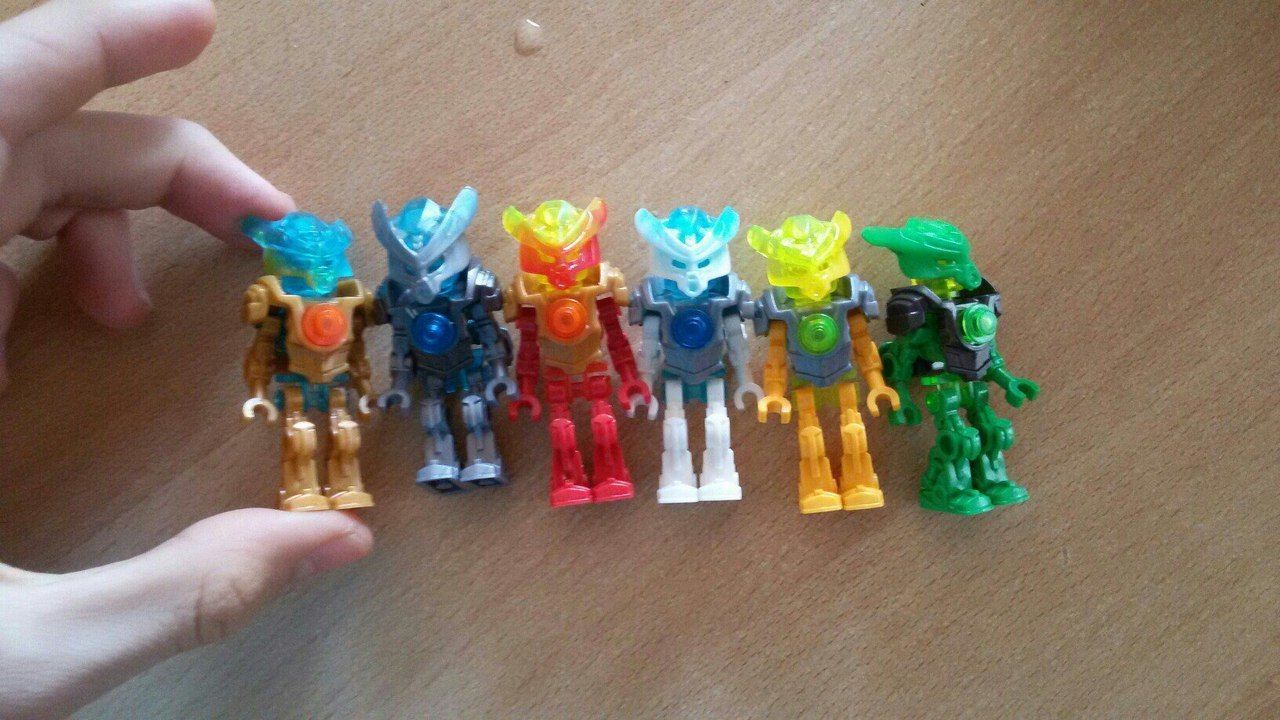 Where did you get those?

@Invader posted them some time ago.

I would like to see the landscapes realized, which could only really happen in system. This is the only reason I wouldn’t mind seeing bionicle in system. But, I do feel that the characters must always have a constraction counterpart.

I’m worried that the bulk of the line would end up being TAHU FIRE STRIKER and UMARAK’S HUNTER MOBILE. The lego playtheme formula would be hard to use while still keeping the unique feel of Bionicle. A system Bionicle line with all of the tribal unique tribal elements we love is doable, sure, but the difference is more between what’s possible and what’s profitable. And, if Nexo Knights, Chima, and Ninjago are anything to go by, generic colorful BATTLE VEHICLES are what sells right now.

Additionally, if it were only system we’d lose the whole character customization aspect entirely(which is what drew me to bionicle to start with). Sure you could slap an ice protector’s mask and legs on a stone protector’s torso construct, but that would still be far from a protector of plasma(and that isn’t even considering character sizes).

Where did you get those?

Bionicle is a theme that can easily incorporate vehicles in its line, or have we already forgotten the numerous flying and ground constraction vehicles made for Bionicle in the past (not to mention the ones seen in visual medias and books).

To me at least bionicle is about characters, and most lego themes aren’t about the characters so much as the stuff the minifigs interact with such as vehicles and buildings, minifig creation is quite limited.
A lot could be told about a character with how a Constraction figure is built, in subtle ways, on the scale of a minifig thats a lot more difficult without making it obvious. 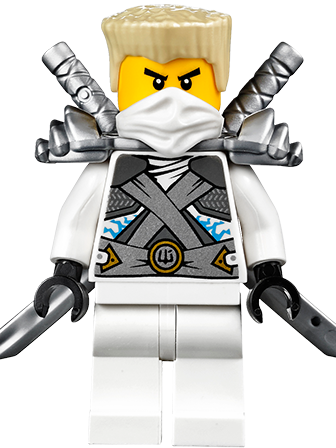 What can you tell me about zane from his design? he has angry eyebrows showing that he’s determined, but pretty much all the ninja’s have that, he has two swords and this armor thing, could that mean he attacks quickly? well again most of the time the ninja’s use the same weapons, sure they have unique weapons but those are mostly just to be help differentiate them and mean little else. 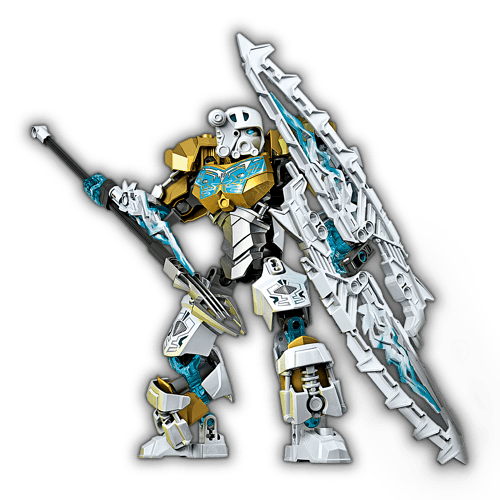 But if we look at Kopaka, you can tell much more about him from how he’s standing, his armoring, his weapons, and his mask.

His mask looks bleak and focused, not aggressive, but determined and focused.
His armoring is heavy, that could show that his personality is more guarded and reserved, his chest printing can also say something about his personality too, its (mostly) symmetric and organized.
And his weapons could mean that he has a defensive personality, the shield guarding him and his spear allowing him to attack from a distance.

You can take this same character theory and apply it to tahu and get something else, but with the ninjago characters thats a lot more difficult as they’re all built nearly the same.

To me thats the best part of bionicle, the character theory, the personality in the figures, not whatever crazy looking vehicle they’re driving.

Granted this can’t be done to all of bionicle, it works on the toa Mata and most of the G2 sets really well but on some of the later G1 sets not so much.