You have joined Ta-aki’s platoon. The Platoon has been tasked with reclaiming Po-wahi-metru. The time has come! The toa are here, let’s Reclaim Iden Nui!

The Stone Region and Ice Region has been reclaimed. There’s unrest in the city after the recent cult attack. Bo-calix, leader of the Forge, is sending his elite troops, which he calls “Hagah” to war with the Cultist.
The Chronicler Rodemakoki is putting together a squad to find the last lights, pieces of a kanohi of light, Luceat.
Makuta has shown his face, in a cult meeting, Umbra Sol has shown a mysterious power, what mask does he wield?
Kravo seems to be preparing to leave for the fire region, He seems intent on reclaiming that region as well.
The Toa have arrived at the Forge, they have reclaimed the region of ice. They seem to plan on helping the matoran move back into the reclaimed regions. (Ice and Stone)

This is a RP about the matoran who are lead by Ta-aki in the quest to reclaim their island and defeat the makuta. 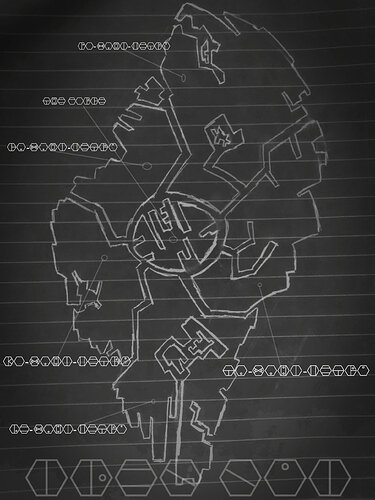 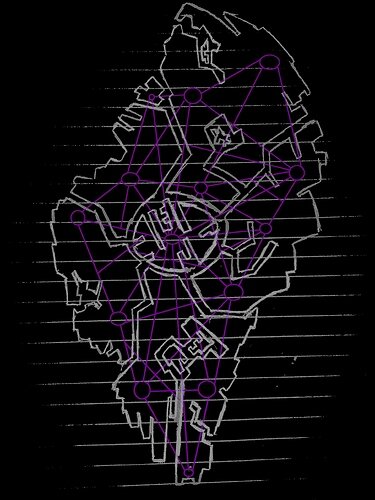 Mutated Rahi will need the teamwork of at least 2 platoon members to take of it. Most Rahi can be take by your self.

As you explore the regions you can discover small villages. (I’ll add them to a map later on.)
All major cities are entrances to Onu-wahi-metru. (Those circles are the locations of the cities)
Any questions? I’ll answer them.

Well…now just to see the response I get…

(This technically not a G1 RP, it shares similarities between G1 and G2 but is planned to be a bit darker)
(Thought I would mention this.)

I find the lack of Light and Shadow disturbing.

Eh…I’m going to reserve those for the future. (I think I have a good selection so far)
(It’s also not G1 or G2…kind of a darker mix of both)

Eh…I’m going to reserve those for the future. (I think I have a good selection so far)

Also tell me, is makuta a being or a species here? And if it’s the later, what has been their role thus far?

Will Toa be allowed?

They will be NPC’s in the RP

"The Makuta has won, the Isle of Iden Nui is lost. Only the Forge remains to stand in the Makuta’s way. They have mutated the beasts of the land into monstrous creatures and created their own monsters. We must stand in his way, if we lose...we’ll never reboot the Great Giant. The Great Giant has been our protector, in the realm of space, but now we are to awaken him. Awaken the Great Giant, Olmak Nui! Awaken our protector! Protect the Suva of Space!” An old turaga finishes his speech, to the matoran. He bows. A young le-matoran comes to him and asks, “As the Buzzflying of the day and the Cloud-sneaking of the night, How the Karzahni are we, the Life-dawn of the Iden Nui, going to fight back the Evil-spread of the Makuta?” The turaga looks at him, “Do you suppose we deep-hide in…

Which only has two toa.

When is this going to start?

Once there’s a decent amount of people who want to play.
(5+)
I’ll start around five PC (Player Characters)

Eh…I’m going to reserve those for the future. (I think I have a good selection so far)

Also tell me, is makuta a being or a species here? And if it’s the later, what has been their role thus far?

I think you missed this

Will people be able to join after it starts?

@Jcton I’ll take that as a yes. And how long do you expect it to run?

A being, a singular being. He is the villain of the story who mutated the Rahi.

@MaxinePrimal Yes, anyone can join after it starts.

Well hopefully until we defeat the makuta.

I see… say, could he have captured and experimented with matoran?

And can I have a shadow matoran?

Also in terms of powers and stuff, what gen do you want us pulling from more?

I meant time wise. A couple weeks? A couple months? I’m mainly asking because I’ll be too busy with school to be in an RP for about two or three weeks.

Elemental Powers and Mask powers are a possibility, but will need to be unlocked later on.
As for the Shadow matoran, I have plans for that, and yes you can start with it.

@MaxinePrimal
I expect nothing (time wise)
It could easily end quickly or go for quite a bit. (It all depends on how long it takes to finish the first region. (I’m also busy with school…I can empathize)
However I plan to do it in checkpoints. (Hopefully making it easier for you guys to join in halfway through)

Elemental Powers and Mask powers are a possibility, but will need to be unlocked later on.

So does that mean no kanoka tech?

Alright. My character (If I do end up doing this) will probably be an Onu matoran. I’ve thought out the appearance, and not much else.

I’m not going to focus much on the fanon.
As this will really only focus on the masks and elemental powers that can be unlocked later on.
(No kanoka tech, just for balance reasons)

As this will really only focus on the masks and elemental powers that can be unlocked later on.

As far as I’m aware, matoran aren’t able to use elemental powers or mask powers. Toa can, and Turaga to an extent, but not matoran.

It’s not really G1 or G2 as previously mentioned.
(@MaxinePrimal)
I also mentioned that they will be unlocked, the powers wouldn’t be something that you would start with.(I hope this helps)

I suppose. It just doesn’t feel completely right to me. As long as they’re limited, like a Turaga, I’m sure it’ll be fine.