Another older MOC I’m putting up here, Senkhrast was built for The 2012 Bio-Cup the summer before I went off to do the degree which I have now completed! As usual for older MOCs making their way to the messageboards, Senkhrast’s role in the Cyclic Plane storyline has been updated. 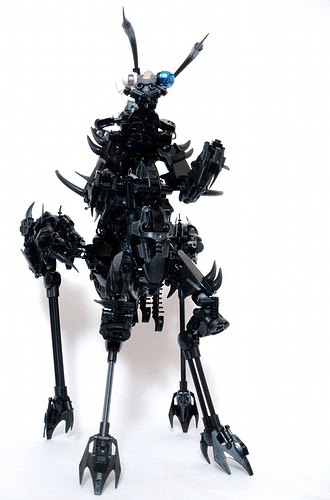 The Kanthrix are a rahi species created by Makuta Vamprah. He built his lust for hunting matoran into this twisted species. Like their creator they delight in torturing their prey, though unlike Vamprah himself, the Kanthrix are downright chatty. Like the Oohnorak, Kanthrix are able to mimic the cries of distress of their prey. 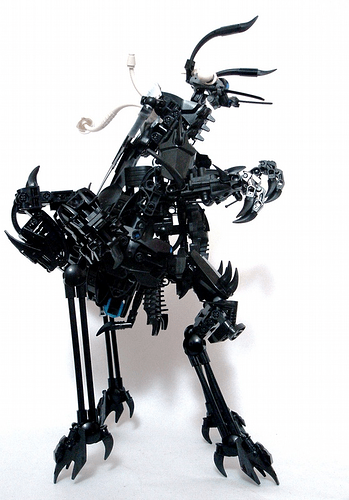 The oldest and greatest of this species is Senkhrast, the brood mother. She enjoyed a simple existence on Destral hunting and killing rahi, matoran intruders or escaped makuta experiments. Her eggs were taken and her sons and daughters unleashed wherever any makuta felt like putting them. 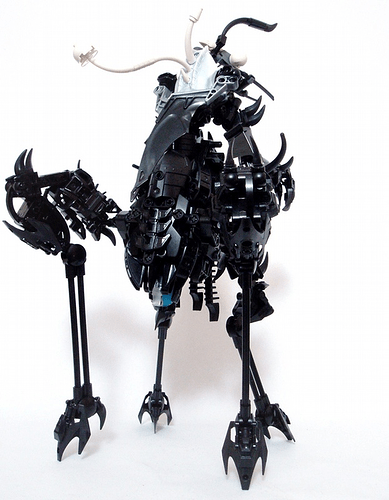 At some unknown point in time, Senkhrast became infected with the Harro, an intelligent, parasitic fungus rahi created by Makuta Teridax. The fungus strengthens the already fearsome rahi, but also forces her and her brood to act according to Teridax’s will. 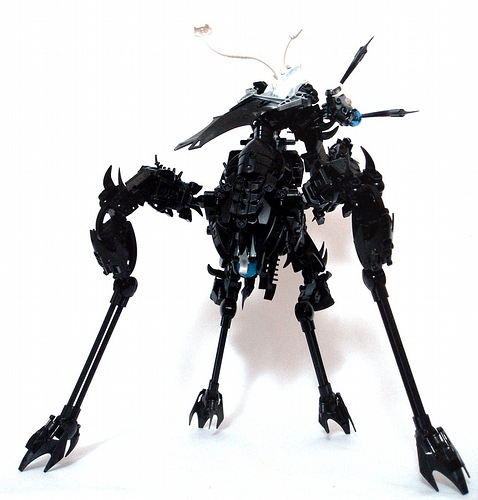 What’s more, any matoran that survived an encounter with the kanthrix would be similarly infected and find themselves becoming stronger, but enslaved to the fungus. 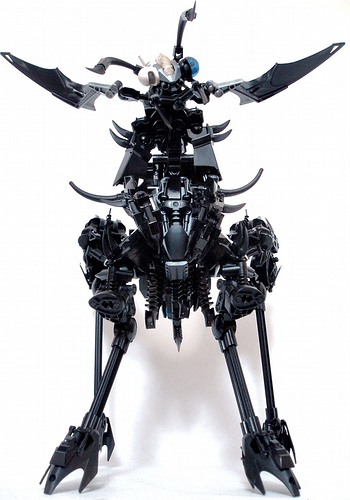 The Toa Virulai, a more public branch of the secretive Order of Mata-Nui found themselves often coming into conflict with the Harro and kanthrix, but never could get to Destral to find and destroy Senkhrast. 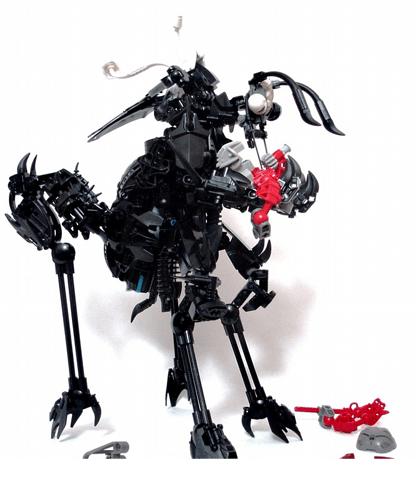 After the Reformation of Spherus Magna Senkhrast and her brood escaped into the jungles of Bota Magna. Here the kanthrix became a menace. Even though Teridax was dead, the Harro still forced them to operate according to his will, and they killed many innocents within the forest. 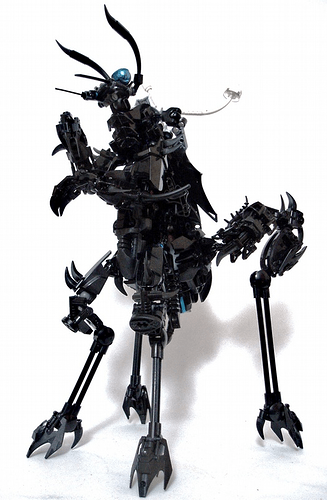 This eventually led to the mad skrall prophet Erikalus seeking out the kanthrix and the Harro after Teridax’s defeat. He and his remaining loyal followers defeated the kanthrix, but all were themselves infected by the Harro and proclaimed themselves the last servants of His will. They were eventually defeated, and the Harro finally destroyed, by Gloriana and her group of rebels shortly before the War of the Weave.

Senkhrast was my second entry. The theme was “Horrifying Rahi”, and I did the best I could by giving it spines, visible eggs, unsettlingly skeletal features mixed with insectoid ones, and of course a lovely bit of cordyceps fungus mixed in.
My opponent was Kyle Peckham and this was his entry: 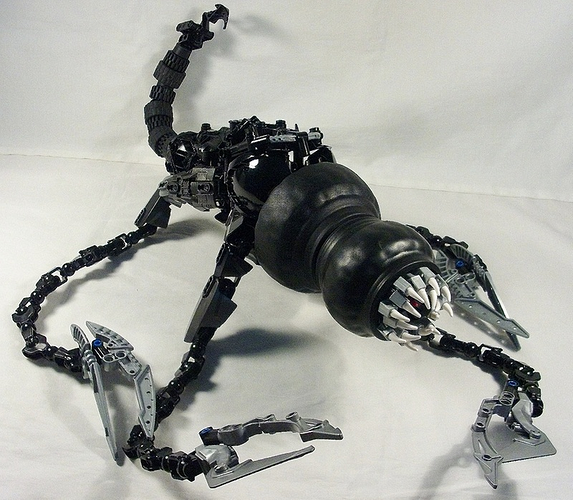 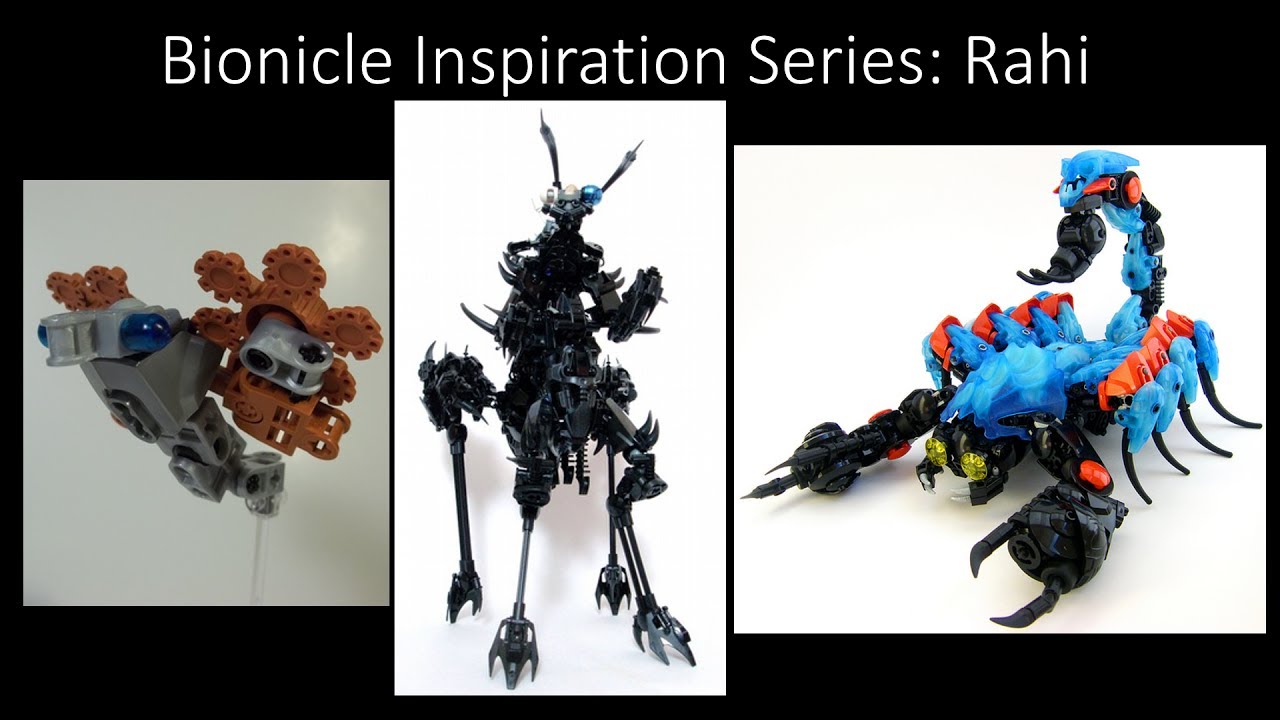 I love the Insectoid look too it!

Strange but charming in it’s own way. But is this thing very sturdy? It looks like it would fall over easily.

I really like the vibe that Senkhrast gives off, althought the Kanthrix is a little hard to make out some features in the torso. Good job past you, can’t wait for more.

Pretty sturdy since the centre of gravity is quite low and the legs are very stiff, though can’t get into many crazy poses.