After seeing everyone’s unique version of the art-book skeleton that was never released as a set, I decided to try my own hand at it. Which included some small touch-ups here and there compared to when I had first put him together on new-year’s eve. Note that my sources were very limited for this specific MOV, along with the parts available for specific coloration and set-like accuracy. So, I couldn’t build upon this guy too much. 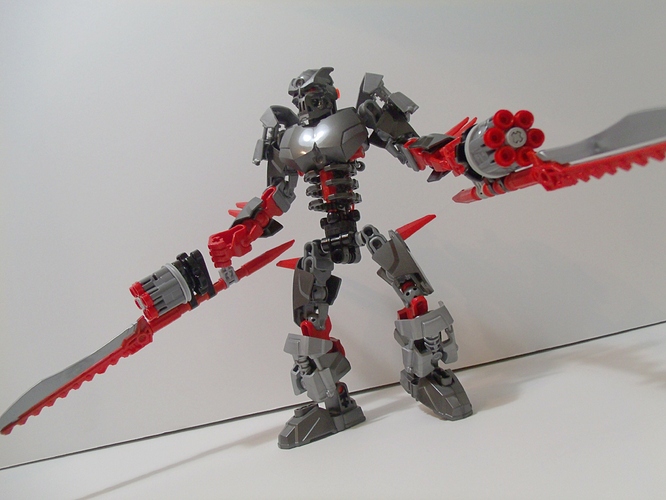 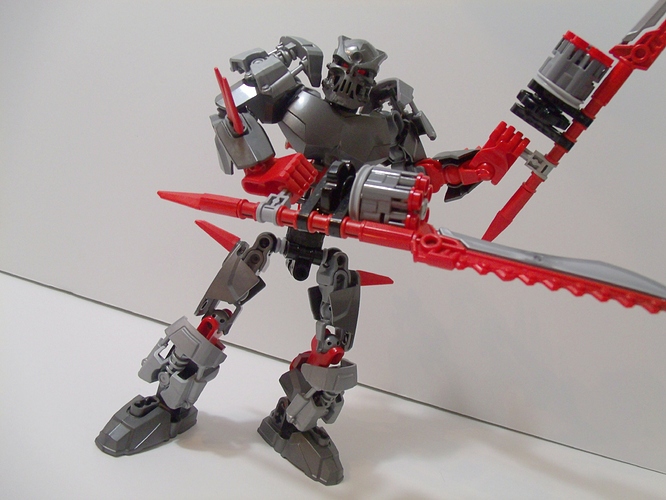 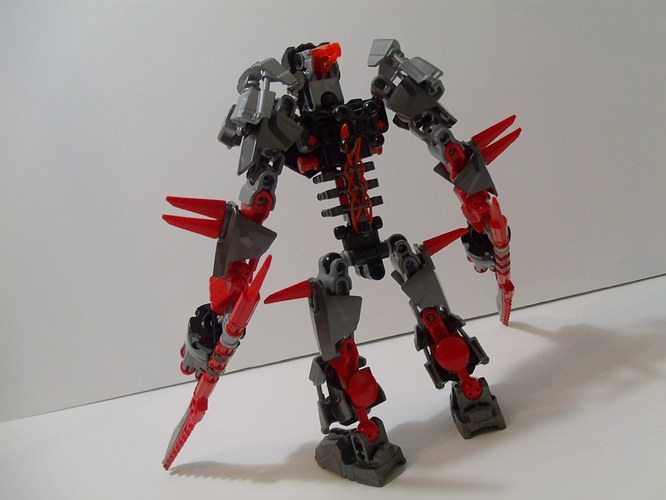 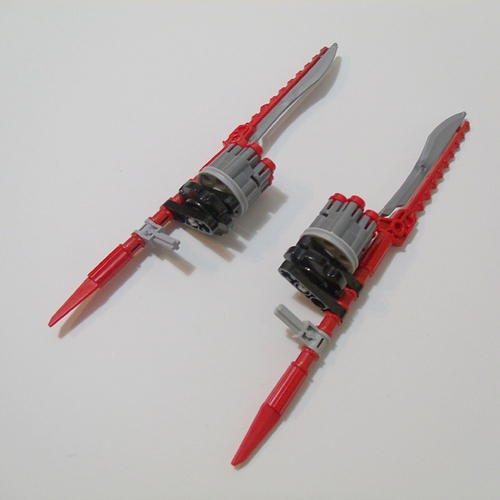 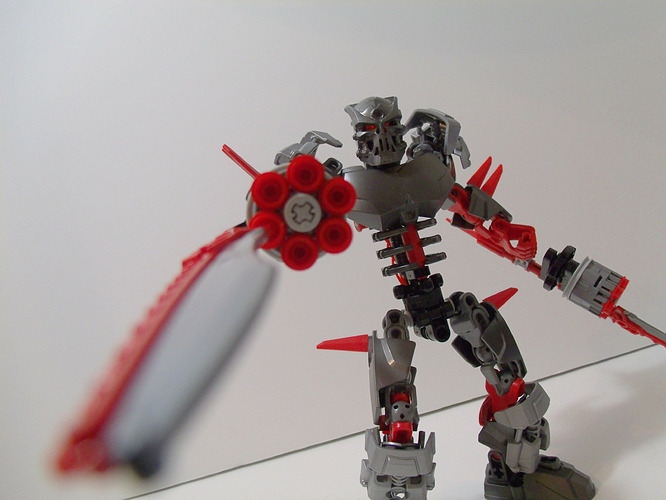 I would say, looking at the concept, that the upper arms are the “bone” pieces and the 2015 addons pieces are supossed to be attached to something in the shoulders, but this looks really nice, I love the use of the rubberbands in the back

I really like your version! Having built the same character from the art book I can definitely see all the limitations and modifications needed to get the appearance right, and I think you did a great job (although some black is definitely needed).
I’m very curious about the ribcage, as I see a rubber band used on the back. How did you get the idea? It’s very creative.

That ribcage is so wonderfully done, really knocked it out of the park with that one.
I love this dude, good good job!

@Altair I mean, I can’t really add much more black, considering that the majority of the coloration is gunmetal, silver, and red. With lego’s grandfathered in coloration of gray.

I’m not sure how I got any inspiration for the spine and rubber bands that connect to it. I just kinda wondered how it hasn’t been weaved to achieve a certain look yet. But it serves a double purpose. There is a hip and torso swivel. The rubber band just keeps it from angling out so radically.

Do the gears do anything?

@21sselliW No, sadly. But the shoulder blades and joints have full range of motion. Along with the waist and torso having an elastic swivel.

This is one of my favorite versions I’d have to say. The arms are slightly inaccurate, but they don’t look bad. The torso is great, especially the ribs. I love that they’re on rubber bands, even though I can’t tell for my life how you managed to do that.

Really, I’d have to say while this isn’t really the best recreation of this character as a LEGO set, it’s probably the best MOC version of it!

Also, people have tended to call it Iron Maiden for some reason, just to inform, but your name is pretty funny!

Unfortunate the 2016 torso couldn’t be integrated, but this design more than makes up for it. Using the Hero Cuffs for his ribs was a great choice, and the MOC on the whole has a very cohesive appearance.

This looks great.
My only problem is that the blades should be switched the other way instead of being upside down.

I think this is the best Skull Gunner version I ever see.

After having completed my own version of this moc, this looks good, however I must second @Asriel is saying that the upper arms are bones, and the shoulders are further back and have the 2015 addons seperately.

It can be done, however as both @Altair and I have shown, it can look good either way, and I think you’ve done a great job.

The ribcage looks great, although I do feel like it’s too narrow. However, that could be attributed to being used to looking at a wider version.

The colour scheme, while slightly off, it very consistent, and I quite like the integration of the blades into the weapons, despite them being upside-down.

Interesting how you did the ribcage, but a great MOC!

Looks Excellent!! I absolutely love how aesthetically pleasing the back of the MOC is, it’s simple and plain but it blends really well into the rest of the figure and honestly I thought if anywhere would’ve had any issues it’d be there, good job!

This guy is actually pretty cool.
The weapon function is really the only issue I currently have with him at the moment; unless those blades are positioned differently, that one stud at the bottom is always going to be blocked off, and will never end up firing correctly. Hypothetically, you could also mess around with the design a bit and fix the axel so that the barrels themselves become the turning mechanism, but then the whole thing’s going to act much more akin to a revolver instead, and you wont be able to shoot them off as rapidly.

Yes!
I was waiting for someone to make this!
Nice job.

I’m disappointed in the lack of a waste swivel function.

You say that as if its a standard thing.

You say that as if its a standard thing.

In the concept art, the main draw and core concept behind it was the wast swivel “slicing” function. Just seems like it lost a lot of personality because it doesn’t have it implemented. Like, it looks nice, but that’s it.