Well, this is in character.
After weeks of procrastination, and similarly long weeks of work, I have finally finished my entry for the art portion of the contest. I actually had the models done a day before the original deadline, but college started back up and I couldn’t get the render done on time. finally found enough time free to render and composite it, so here we are. Not quite as late as last time, but still quite late. 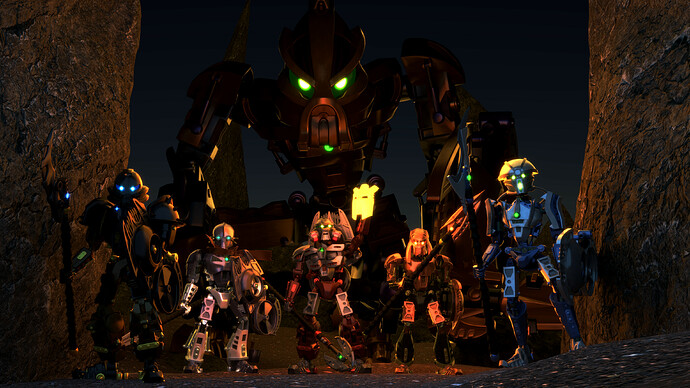 TheSunSetsOnDestral3840×2160 1.81 MB
As should be apparent, I went with a style mimicking the look of the movies, specifically LoMN, as they have been my favourite piece of BIONICLE media since I first picked one up at the movie rental place, at least a year before getting my first set. This meant I had to meticulously slog through the films to find references to match my models to, which is why these guys took so long to finish. Bomonga being big was really helpful in composing the image, and he is off in the background so he doesn’t take up all the focus.

As all six are stylized, I’ll give my rationale. Also of note, while these masks are unique models, they are stylizations and not printer-friendly or LEGO compatible. Any oddities of the colour schemes, such as the yellow accents on Pouks, were lifted from the Miramax Rahagah as a reference to the extra accent colours added to the Toa Metru in their films, and are not alterations to the set designs. Note their presence on Norik and Iruini, who have released sets. 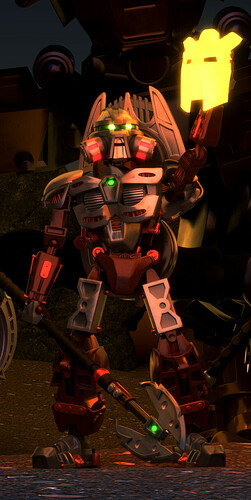 image607×1205 197 KB
Norik’s Pehkui was based on Turaga Dume’s Kiril from LoMN but changed to be much more set accurate, to give him a more powerful apperance. The stylization of the Matoran chest plate was inspired by the concept art of Toa Lhikan where the holes in his chest plate bear similar large gears. 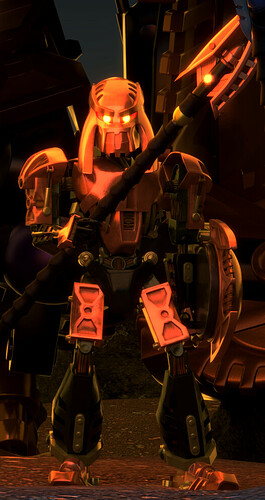 image526×990 148 KB
Iruini’s only real feature of note is that his legs and arms, along with the arms of the other four standard Hagah, are inspired by the design of Toa Nikila that was canonized years ago. 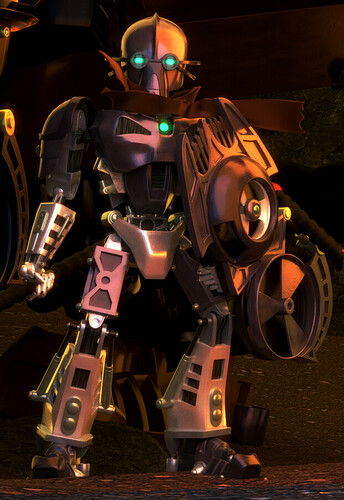 Kualus’ mask, though it cannot be seen from the front, bears a slightly increased amount of detail, being a mix of several interpretations of the mask. His armour has been kept metal blue, though it looks a bit purple under the golden light from the Avohkii. Kualus’ eyes are not in fact blue, though they may appear it, but are actually the same colour Whenua’s were in LoMN, which was a somewhat blue-green. 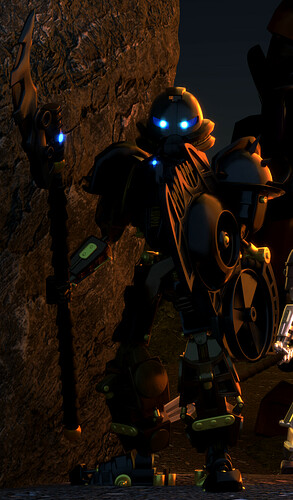 image864×1470 311 KB
Pouks’ mask is similarly still Galva’s Champion Kakama, but the spearhead is changed to the Mahri Matoran Blade, as it looked similar and was a G1 piece. He retains his Gunmetal armour, which made lighting him rather difficult, as it was quite dark. 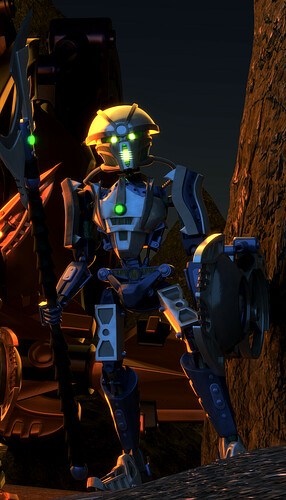 image864×1507 315 KB
Gaaki was the only Hagah whose mask was altered. In this case, I changed it to the mask designed by @Perp3tual, as I thought it fit well with the design of the Gahlok shield, without lifting any design elements directly from it. Her armour is unchanged in colour. 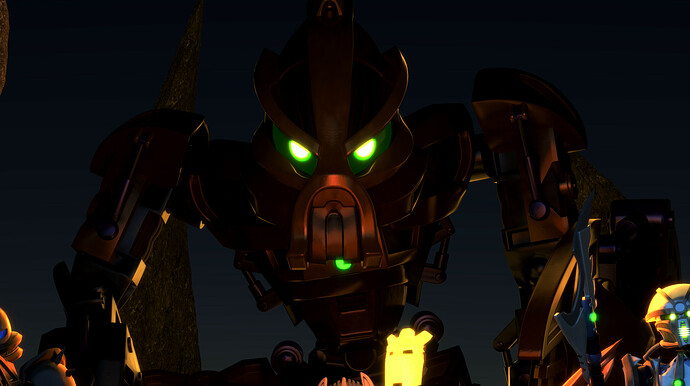 image2154×1207 293 KB
Bomonga was not changed at all. His build was a bit of a hassle to stretch over the movie’s rig, and his arms had to be bisected to give him mobile hands, so excuse them looking slightly small. Though it’s admittedly hard to see, the purple accent from his WoS design plays really nicely with the gold armour. His mask is unchanged but was quite difficult to adapt to the Miramax style, so it may look somewhat off.

I would post a render of each character individually, but they’re about a million polygons a piece and that would take about six hours.

Credit to @YourOgrelord for helping get the mask models done. He modelled my mask designs and a replica MoL Avohkii.

Awesome job replicating the movie animations almost perfectly! If an outsider didn’t recognize the Toa but saw one of the Miramax movies, they would think it’s pulled straight from the movie itself!

Edit: could we get a picture of the team with brighter lighting?

This certainly stands out fitting well the the movie animations

Huzzah, another Miramax Chad! These look straight out of the movies, great job!

The Miramax style is really cool, and these just look even cooler.

This might be the most accurate Miramax recreation I’ve ever seen, while also being a whole step above the official style. This piece is incredible and I’d have 0 issues if it became canon. Fantastic job and good luck!

Iruini’s kualus kinda looks too curved, almost like the mask of control. And I thought the faxon was a vakama’s huna at first glance. Otherwise, it looks great!

Dude. That’s amazing. It looks like how it looks in films. Maybe a future project idea be making a fan film for this

YES
THEY ARE BEAUTIFUL
IF I KNEW HOW TO VOTE I WOULD VOTE
FOR THIS MASTERPIECE
also, bomonga’s mask looks like a karda nui avohkii.

These are really cool… but I not to much a fan of the movies, oh well these are still fantastic

Not fan of the mask design tho

Wow, this looks amazing! How you adapted the sets/models into movie styled designs is just awesome!
I hope your entry goes far!

Bomonga be like: Mess with my friends, I dare ya.

i love the miramax design of these guys. this got my vote. i really hope this wins

I’d love to see the viewport on this.

This is hands down my favorite entry in the art contest. The attention to detail and recreation of the Miramax film style is flawless. These guys look like they jumped right out of the screen. #1 preference for me, no question.

Wow, I just realized what this reminds me, they look, for me, like characters from warcraft 3 or wow, or some other MMORPG game (maybe), especially the separate image of Iruini. lol)