The universe in which we inhabit in is but one of many... one of the infinite amount of universes that make up the Multiverse. The Multiverse had been at peace for as long as it had existed- Until one day, The Xir'algath, A race of godlike aliens existing outside of time and space, had invaded. The Xir'algath had obliterated everything on their path to conquest, including earth. Their invasion had shattered the very boundaries of time and space. All points in time, and all universe in the multiverse, had been melded together to form a singular chaotic reality. From the ashes of this destroyed and twisted reality, the Xir'algath plan to build their new empire. Now, the Multiverse's greatest warriors, from across all time and space, have been called upon to defend against this threat and d…


Earth was once a beautiful, peaceful planet… but not anymore. The Xir’algath’s conquest of the multiverse had brough them to Earth. When their ship armada arrived, the planet had been plunged into chaos. All versions of Earth, from every universe and every pont in times, had been melded together into a single planet, along with some of their inhabitants. This event transform the Earth into a destructive wasteland of chaos. The Xiralgath ships began to attack and invade, persuing the terrified and confused beings who suddenly found themselves teleported to this place. Some inhabitants of the Earth hastily evacuated to a rcoket ship that plasted off into space, away from the chaos. This ship would be picked up the a Space station, known as the U.S.S. Warhammer . Those who were unlucky remained stranded. All around, guns were fired, and bombs fell from the sky…
@Runa
@jayzor17
We now join the inhabitants of Earth as they navigate the destructive scene, searching for a safe haven in which to hide…
1 Like
Runa November 14, 2018, 12:02am #2

Jeffrey ducked behind a rock, trying to keep out of sight. He looked around for any sign of a friendly face.

Nearby, a young figure wearing an aquamrine amulet narrowly dodged gunfire as he scrambled behind a crumbling wall. Justin caught his breath, praying that nobody would find him. He then spotted Jeffrey, hoping he was friendly as well.

Jeffrey crept backwards, finding this man and his garb strange. He waved, but his left hand started to glow a faint yellow. Anyone attuned to Psynergy, which he would probably not, might see white rings start flowing down his right forearm.

Justin Noticed Jeff wave, but didn’t see anything weird. However, he did feel a stage energy emitting from him. While Justin was distracted, the wall behind him was blasted apart with a laser. He noticed this just in time, and his body seemed to become transparent as his amulet briefly glowed. The falling rubbed and laser beams harmlessy passed right through Justin’s body, and he returned to normal.

OOC: Not the best, but like the rings going around his body at one point, that’s what’s on Jeff’s forearm. 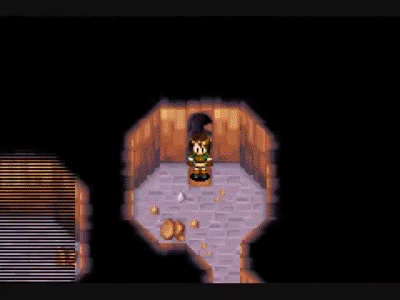 unless the gif doesn’t work

IC: Jeff would spring in to help him, a wall of stalagmites falling forming in and falling from the sky to form a wall where the last one was. “Spire!” He exclaims as it happens. He then says something else. “Grip!”

Justin might feel his body gripped by some force and pulled towards Jeff, like two giant hands gripped around him and pulled him. For a split second, he might even see the rings on Jeff’s arms, and the two large, white hands pulling him before they dissipate, leaving him standing next to Jeff. Jeff then grabbed Justin’s wrist. “Run!” He exclaims as he starts running away, towards an alleyway.

Justin didn’t have to think twice to do that. He broke off into a sprint. “Who are you, and why do I feel like I already know you?” He asked Jeff, confused.

“Jeff, and I don’t know, because you definitely aren’t from Weyard.” He said as he ducked in. “And I don’t know of a Psynergy that can phase through walls.” He pauses, then mutters to him self. “Probably Jupiter…”

“Psynergy? No, this old thing is a ‘conduit’.” Justin said, tapping on his aquamarine amulet. “It’s what gives me the powers.” He quickly crouched down in the alley, catching his breath.

“So artificial Psynergy? We have relics like that on Weyard.” He says. “Like some people have a type of bead string to give them the Catch Psynergy I used to pull you over.” He shuts up. “Do you hear something?” He whispers, thinking he heard one of the creatures.

Marissa whips around the corner, brandishing her swords at the two. She raises an eyebrow upon getting a proper look at them.

“Oh, you two don’t look insane. That’s a first.” Her swords remain pointed at their throats regardless.

“Hey, crazy chick, do you mind putting those down for a sec?” Justin nervously asked as he slowly pushed Marissa’s sword downward.“I’ve already had a crazy enough day as it is. One moment, I was arguing with some old hag about trespassing ruins. the next, I find myself here.” he said.

Justin couldn’t help but feel that he already knew this woman, whoever she was, but she wasn’t exactly the same “her” that he had met. And he didn’t even meet her yet. But he shrugged it off as a weird sense of Deja-vu.

Jeff brandishes his grappling hook. “Why point a blade at us then?” He asks.

OOC: Not going to question it.

IC: Marissa sheathes both blades with a flourish. “What can I say? It pays to be cautious.” She smirks at the sight of Jeff’s grappling hook. “Word to the wise: get a proper weapon.”

“This weapon can still rip the blade from someone’s hand.” He said. “And who needs a blade when you can control the powers of Venus.”

OOC: Wait, so Marissa’s nickname is Mars, and she can shoot a heat ray… I didn’t plan this, I swear.

IC: Marissa nods, pursing her lips. “Dunno if anybody’s told you, but Venus is a little far away. So, uh, you have fun with that.”

“Venus is all around us.” He says. “In the ground, in the plants, the dust in the very air. It can shake the earth you stand on and summon the energy of Gaia herself.”

Justin disappointedly looked down at his amulet, knowing that it wouldn’t be enough to last him long out here. He searched around the alley for something to use as a weapon. All he came up with were a trash can lid for a shield and a broomstick for a sword. “Welp, guess this’ll have to do.” He sighed.

“No, hon, this is Earth. Venus is up there.” She points to the heavens above.

“No, the power of Venus. One of the four basic types of Psynergy, along with Mars, Mercury, and Jupiter.”