I’ve accumulated a handful of custom parts in stud.io over the last few months as I’ve replicated what missing pieces I could from stud.io, and I figured I’d share them here for anyone who wants them.

I’m not really a 3d-modeller (not this type of modelling, at least), so any custom parts I make are modified from existing stud.io models. As a result, this isn’t anything crazy; it’s just a handful of old elastics, the infected Hau, and the marbled HF brain with GITD eyes (so far. I’m sure I’ll add more later). I’m sure someone out there has already made these, but I couldn’t find them anywhere. 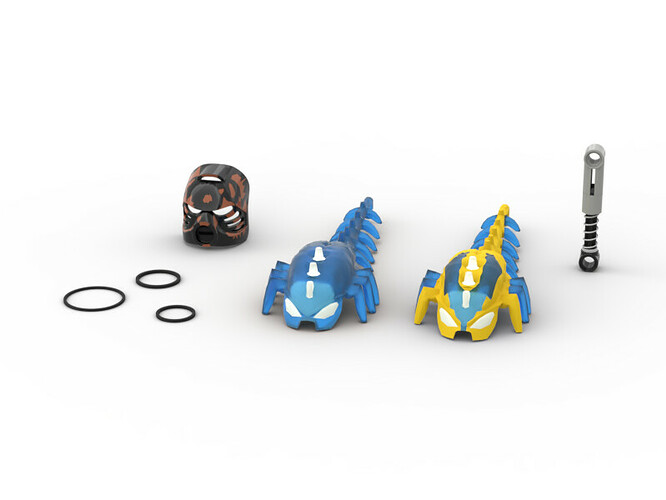 Update: I only just now realized, when adding the new parts discussed below, that I completely forgot to add the collision and connectivity files for all of the parts. They have now been added.

I’ve always found the chain parts in stud.io difficult to work with. Since the only connection points are at the ends, it can be difficult, or even straight-up impossible, to get a chain to follow tight corners, or wrap around something. So, I separated a chain into its separate components, which can be assembled in stud.io and individually posed: 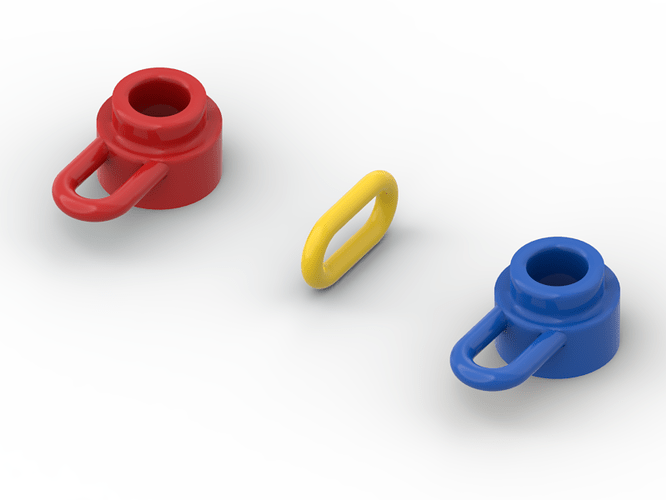 Each link has a ball connection on one end, and a socket on the other; as such, there are two end-links: one with a socket, and one with a ball. All three parts are needed to make a full chain in stud.io.

The primary goal behind doing this was simply to allow for tighter, more precise posing of official chain parts, such as on the sword that inspired me to do this in the first place: 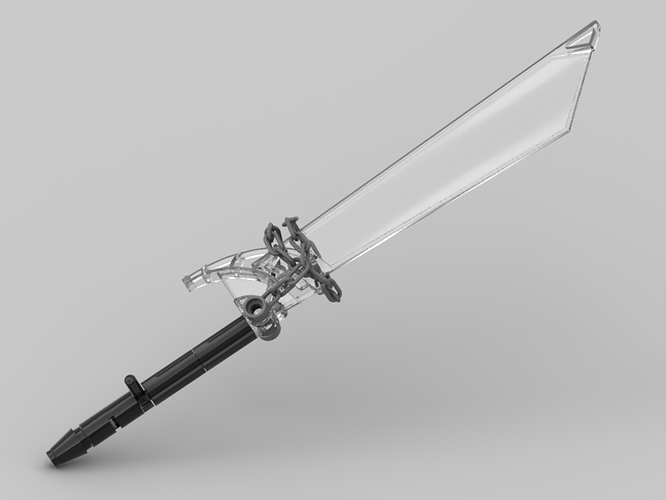 However, the parts can also be used for various non-purist purposes in stud.io, such as creating custom lengths of chain: 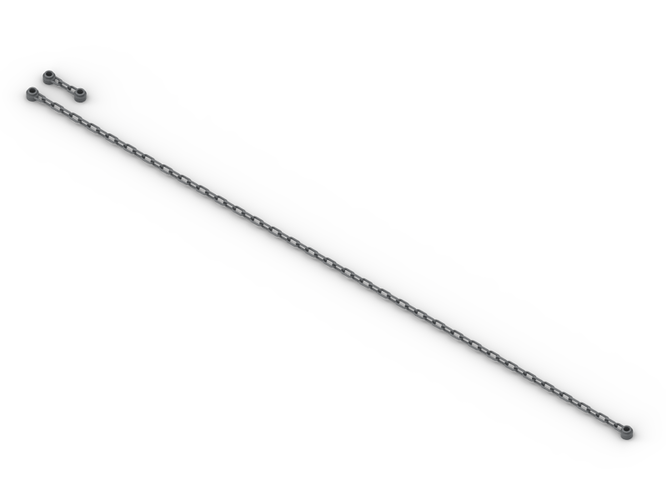 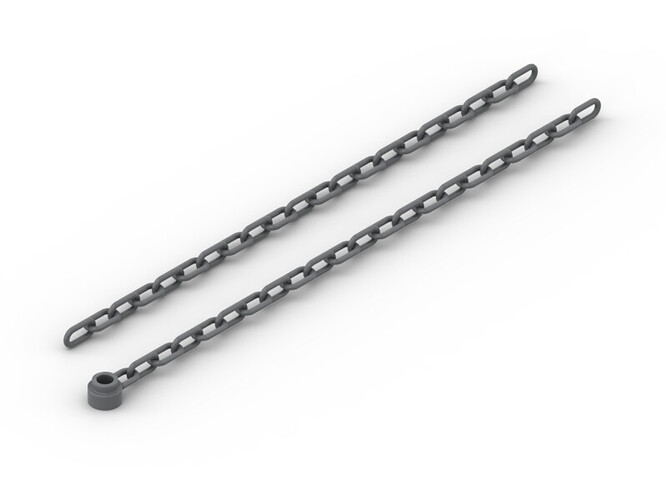 Note that, if you generate a parts list in stud.io with these parts, each link and/or chain end will be counted an an individual part, and they will all be lumped together with any official 16-17L chain parts used in the model, due to the fact that all three of these custom parts use the same part number.

For example, if you make a model with one copy of the official stud.io version of Part 30104 and one copy made with these custom parts, stud.io will tell you you are using 24 of the part; 21 custom links, two custom ends, and one official version of the full part. 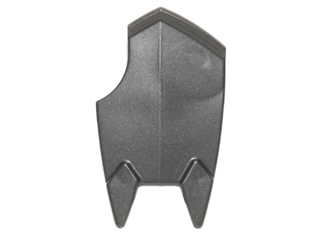 The connection in the official version is wrong, so it can’t actually be held in a clip. 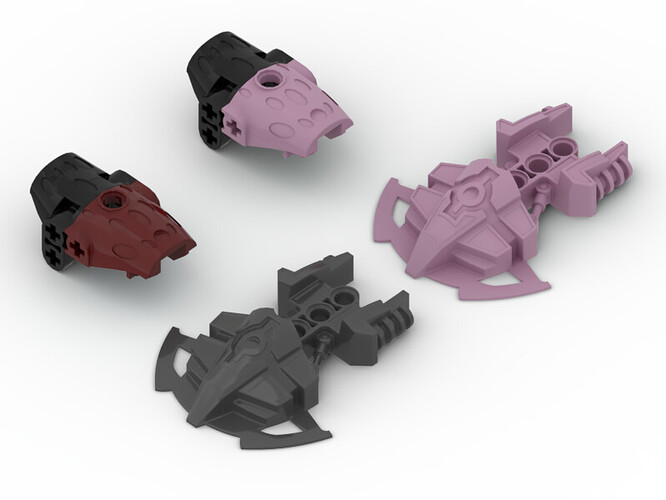 59577pb01 was created in PartDesigner from the model provided in base stud.io, while 58230 was crudely modified from the standard Hordika foot part in the existing Biopack.

Another update: I went on a dual-colour parts binge: 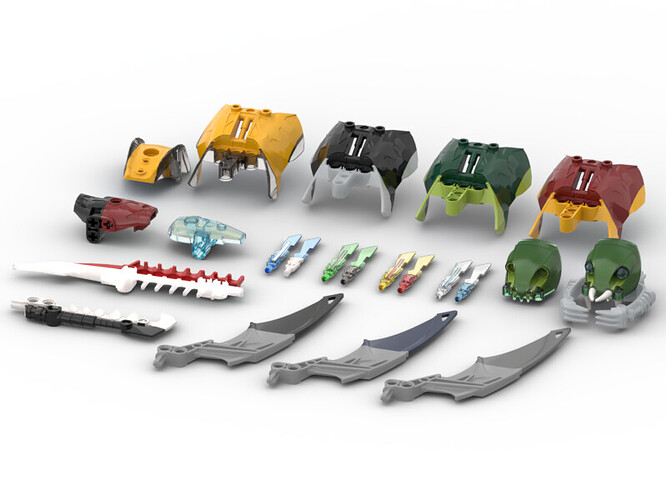 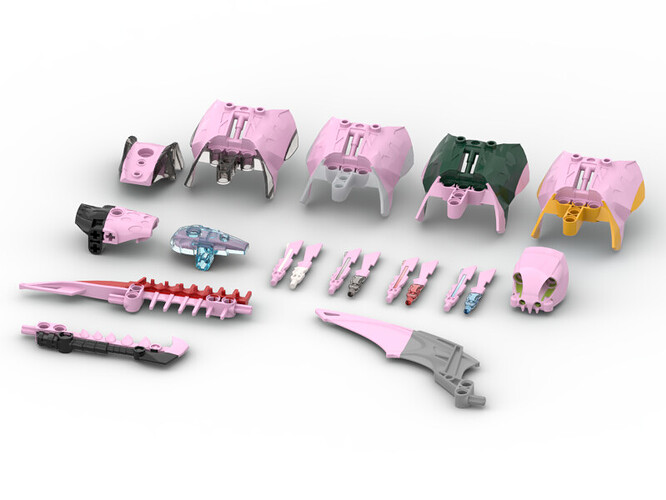 All dual-coloured parts have been added to the above link in a separate folder, for ease of isolation.

I also made a very crude Barraki squid in PartDesigner: 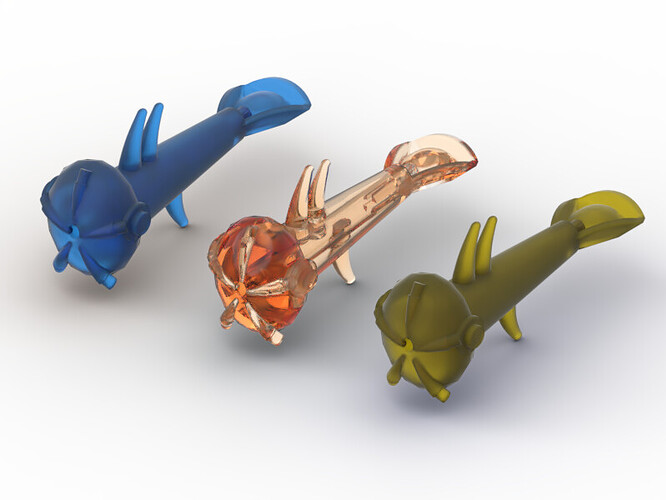 It can connect to a clip, as in the sets: 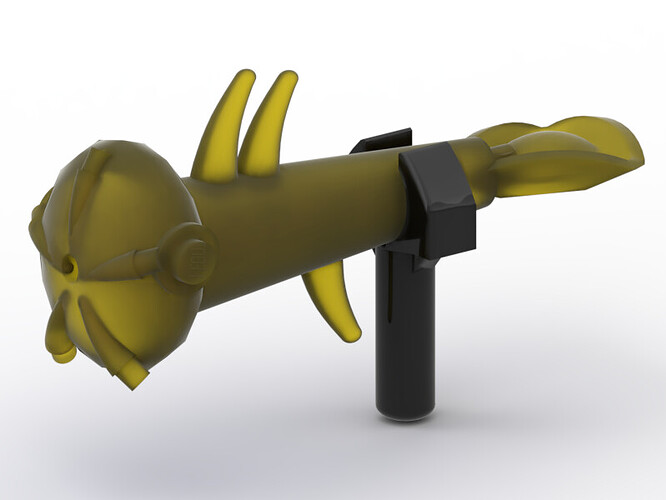 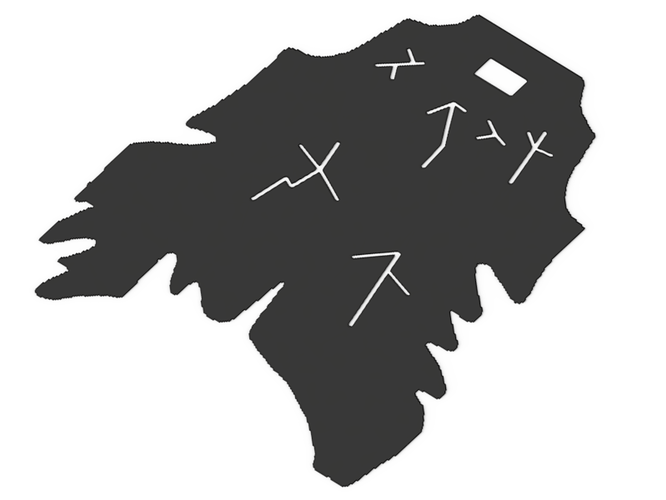 I forgot to mention the Cordak Blaster: 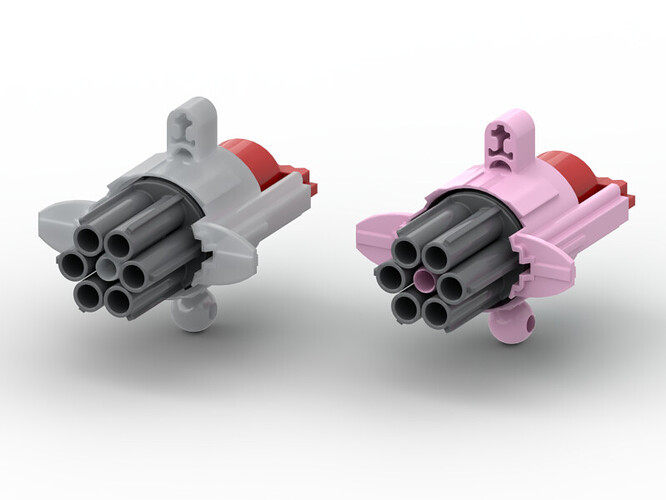 While the Biopack already contains the various parts of the Cordak Blaster, they are recognized as separate parts, and don’t match to any Bricklink entry. This file combines all three individual components into a single stud.io part with the correct colouration, and it still has connectivity with the Cordak rockets from the Biopack.

I’m Commander Tammy and this is many favourite custom pack on the forum!

While I’m at it, I just finished some Zamor upgrades: 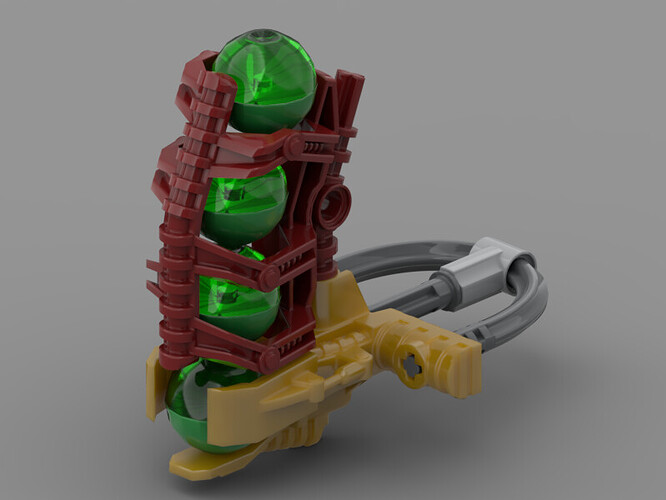 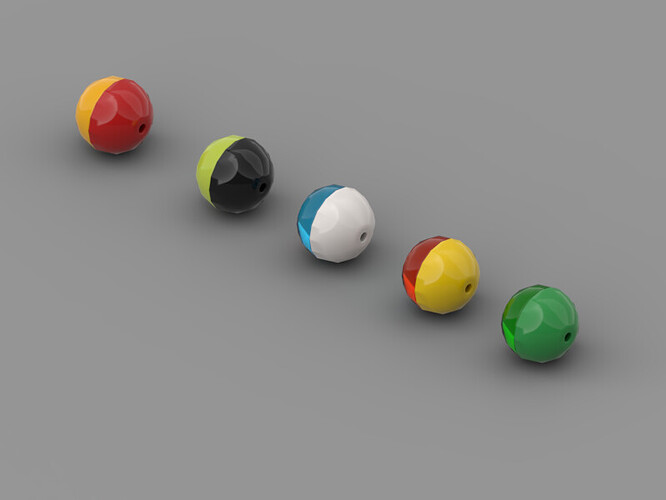 I added the five marbled Zamor spheres currently on Bricklink, as well as launcher and cage pieces with better connection points; the Zamors now sit on the bottom of the launcher, and the cage has actual connection points.