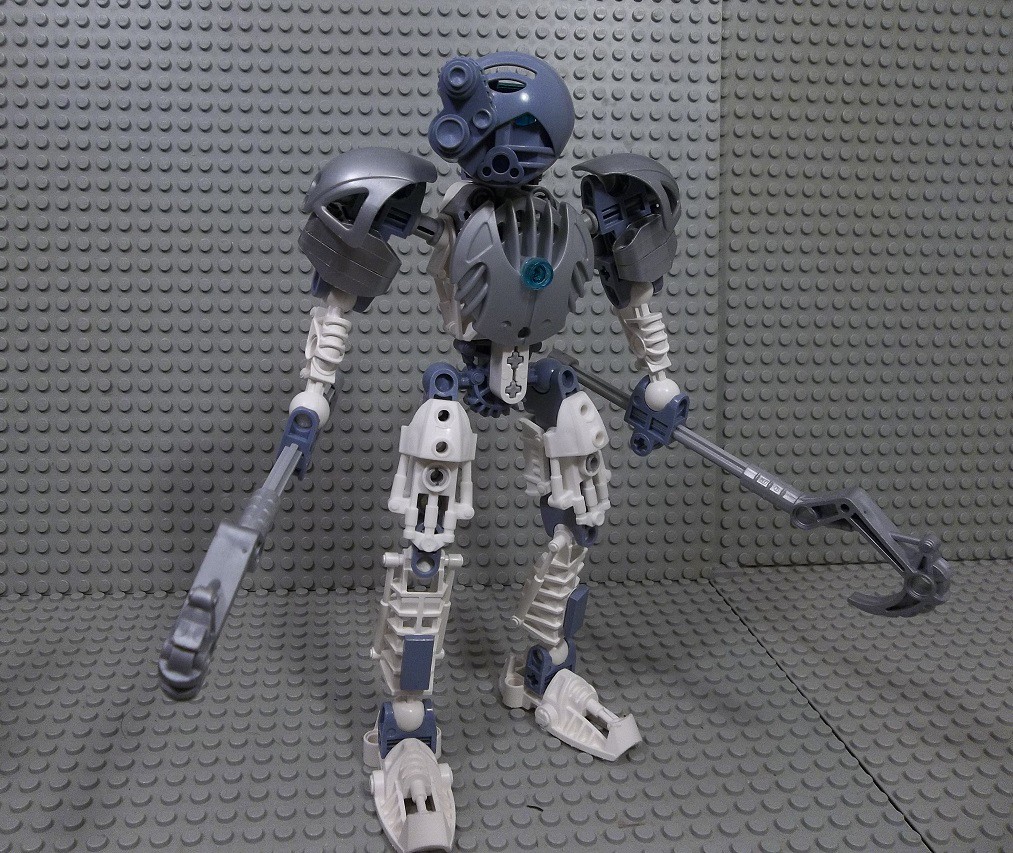 What Toa Matoro could have looked like if he had undergone the standard Toa transformation process. He uses the Metru-build (the traditional Toa form in the canon) and carries over the mask and colour scheme of his '03 Matoran form. Matoro wears additional armour that denote his status as the leader of his Toa team (step aside Jaller ;)). Matoro wields hook swords (my attempt to call back to his Mahri form’s claws). This is my second Toa Inika/03 Matoran revamp; be sure to check out Nuparu if you haven’t seen him already. 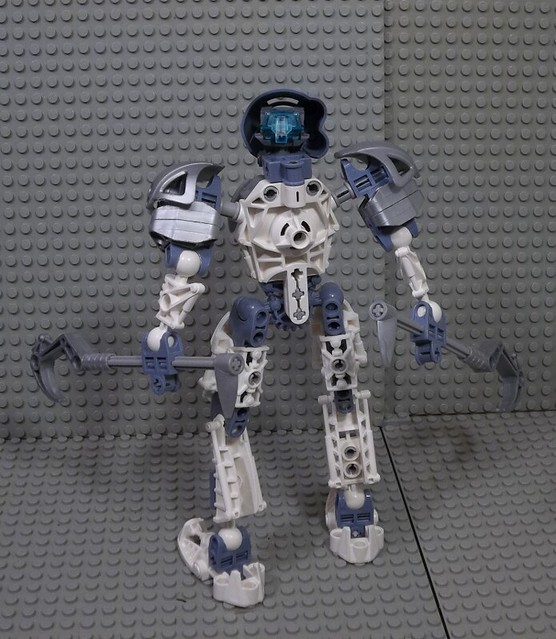 I plan to revamp the rest of the team as soon as I can acquire the appropriate parts. Matoro is one of my favourite MOCs I’ve made in the past year but as always, comment and critique are welcome.

It has a simple metru build, but it works so well, I love the torso!

He’s all fine and dandy but wow that torso is stubby! I would recommend at least pinching it one notch up. Other than that, it’s a standard but aesthetically pleasing build and it’s Matoro alright.

#I have been summoned!
But why?
This looks great, by the way! Were the weapons inspired by Kohlii Sticks?

Anyways, I like it…nothing much else I can say. Maybe have the signiature red flag on his back?

Also, why is the torso so short?

It has a simple metru build, but it works so well, I love the torso!

Other than that, it’s a standard but aesthetically pleasing build and it’s Matoro alright.

This looks great, by the way!

He’s all fine and dandy but wow that torso is stubby!

Also, why is the torso so short?

Huh. I legitimately never noticed that before. I’ll certainly lengthen the torso whenever I’m able to give him some white armour.

I have been summoned!

I have no idea. It might be a bug.

Maybe have the signiature red flag on his back?

I haven’t played MNOG, so even though I know in the back of my mind that Matoro has a flag, I don’t really associate it with his character. Would you say it’s a defining character trait for most people?

I don’t like using the floppy gear functon on my Metru revamps. I suppose the torso is left a little bare, but that part is so oddly shaped that I have no idea what parts to put there. Any ideas?

Were the weapons inspired by Kohlii Sticks?

Actually, not really. But that’s a great tie-in. Good catch.

They were actually inspired by the type of hook swords wielded by Jet in the Avatar: The Last Airbender series. 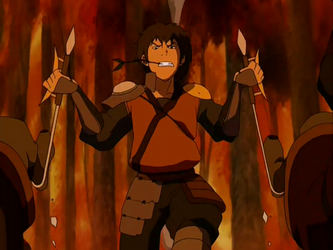 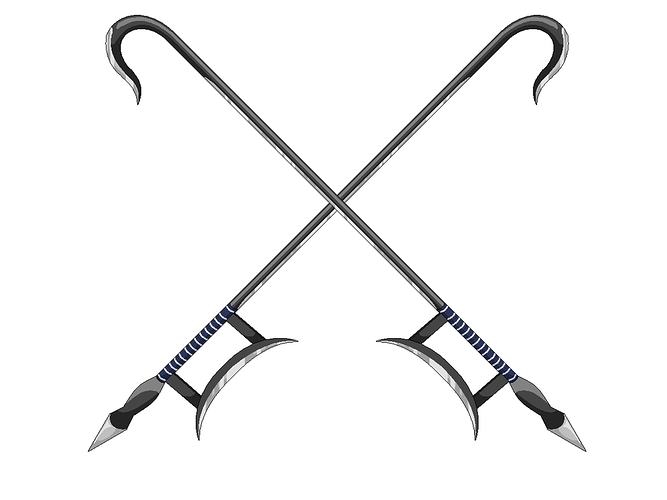 I like the design of the weapons, they fit Matoro well. Also, great job once again with these Metru builds!

Would you say it’s a defining character trait

Not really…pretty much all the Ko-Matoran post small flags up so they would not get lost in the drifts, but Matoro was the only one who was shown doing so. It’s more of a quirk if anything.

I have no idea what parts to put there

That’s where the flag connection comes in

Very cinnamon roll. Such Mattoro. Looks a bit short in the torso, though, and I just generally find Bohrok eyes on the ends of weapons a bit cumbersome. But it’s otherwise pretty good! Manages to get all three of the concepts meshed together pretty well. You’ve got the silver constrained to the chest, weapons and shoulders like the Nuva, the Metru build is… Well it’s a Metru build through and through, and you managed to cobble together enough of Matoran Matoro’s signature sand blue. Also, icepicks, anyone? You’ve very well managed to get all of the aesthetics of these three eras neatly in one package! Have a cinnamon roll! 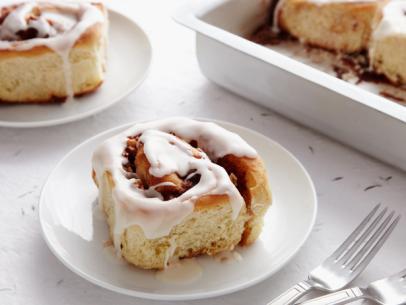 Such a groovy revamp man.

I love his weapons, it reminds me of my old self MOC’s weapons before he fell and shattered all over the place.

Matoro is Also Kabal then

make sense for the 07 underwater apparatus

Mate that is brilliant! Especially appreciate the hook swords, simple but unique. Now I’m not one to say something on a MOC is horrible, however the torso is genuinely painful to look at, WHY SO STUBBY. idk, maybe extend it just a bit??? He looks less Toa like and more like a goblin or something

Better than an Inika build.

I love me a Metru-Toa.

YES.
Beautiful
But his body is weirdly short to compensate for his long legs.

Looks nice, but man he needs a taller torso.