This is my self-moc, Vladin. When I build him, I wasn’t a very good mocer, that is why I want to build him simple, to reflect my experience. 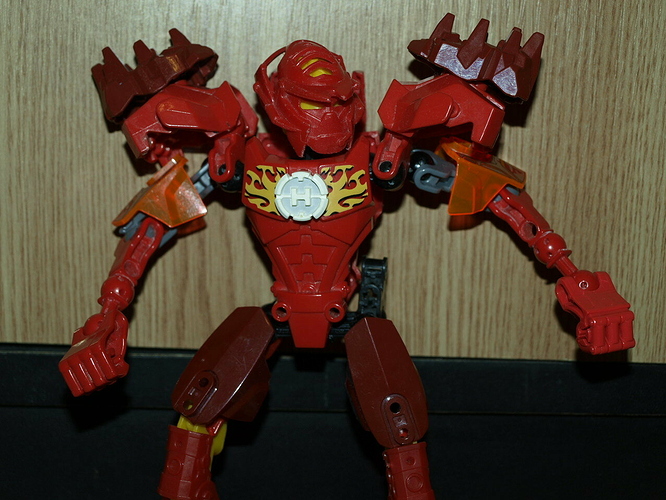 _C098552.JPG1280×960 219 KB
I will not tell you all his backstory, because is TOOOOOO long. He was found on a beach by Toa Tahu, unconscious. Tahu take him to the city of the Mask Makers, where he became his apprentice. One day, Tahu send him to find another 5 Toa who don’t have a Toa Team, to became apprentices for the other Toa. He find and chose Ghabix and Mark (a Toa of Air and one of Stone, his cousins), Rena, a Toa of Water (Vladin fell in love with her), Termo, a Toa of Air and Octavian, a Toa of Earth. Togheter, they fight for justice and freedom to save the island by the evil Makuta, (alongside with the uniters).
This is his standard backstory, you will find more in my future story, “Heroes of Okoto”
And now, the images: 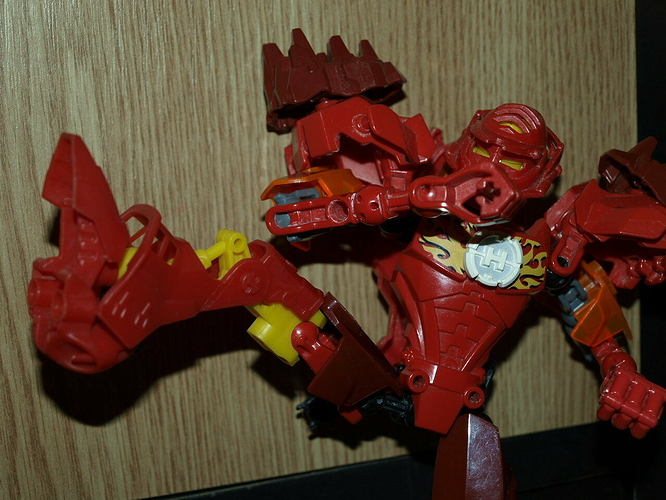 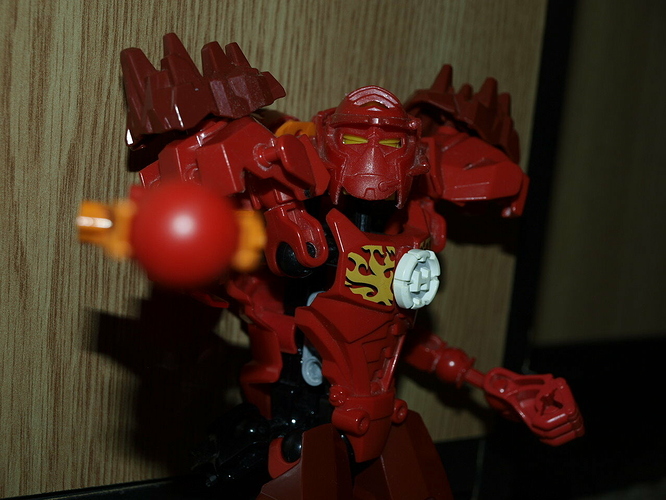 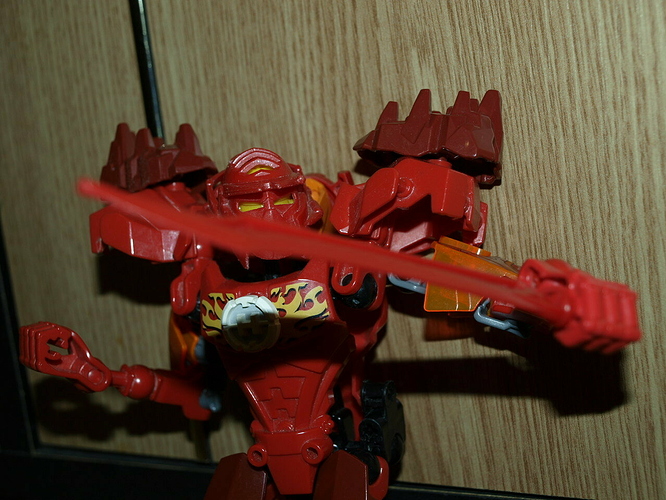 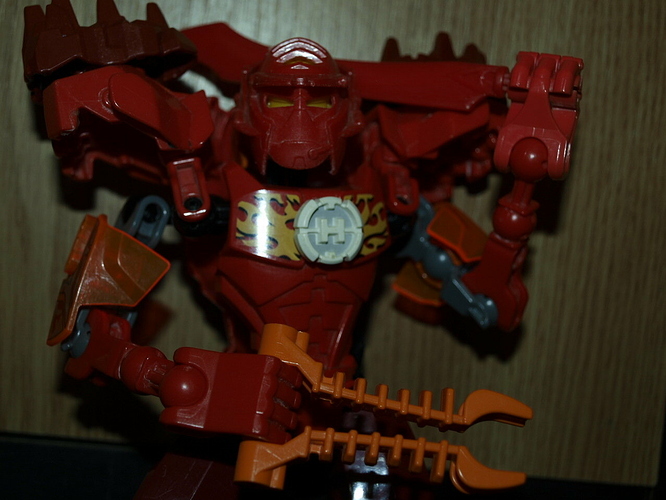 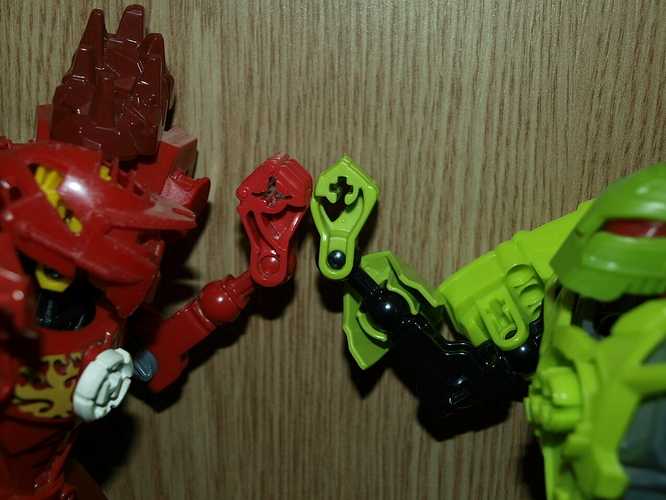 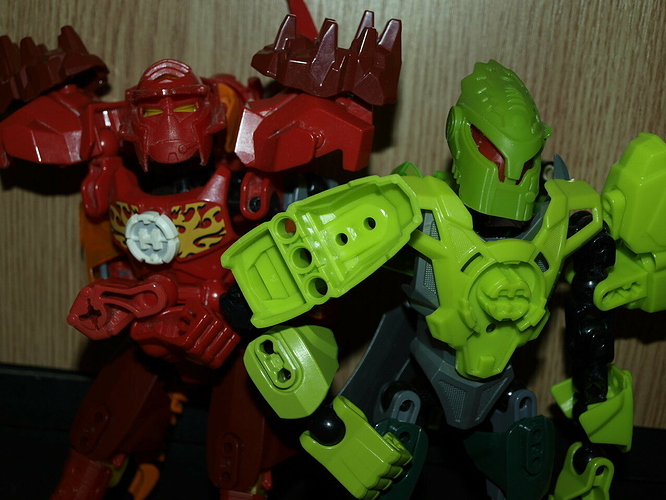 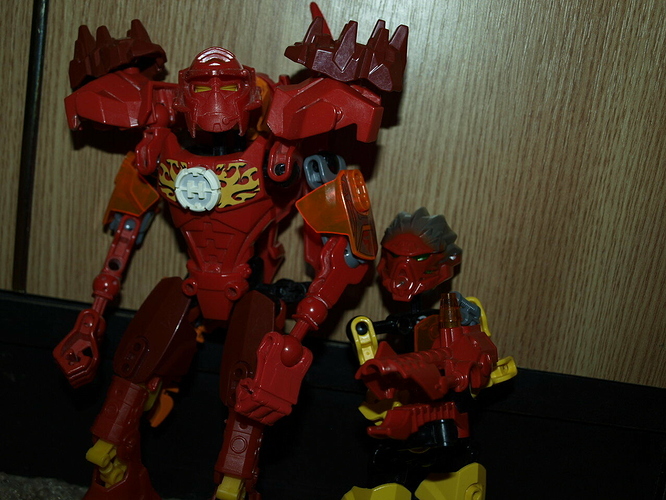 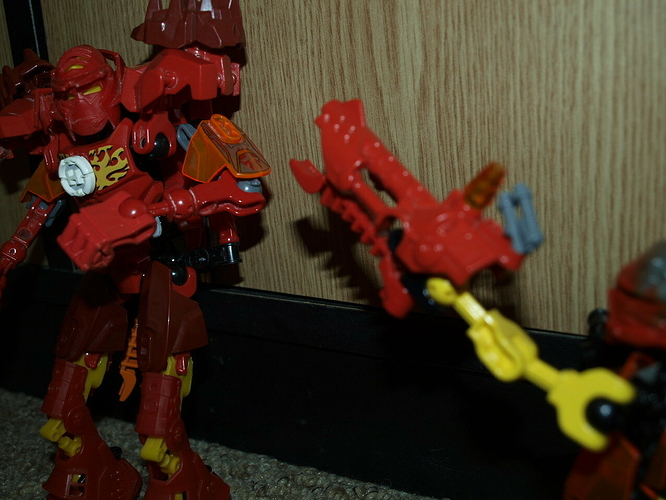 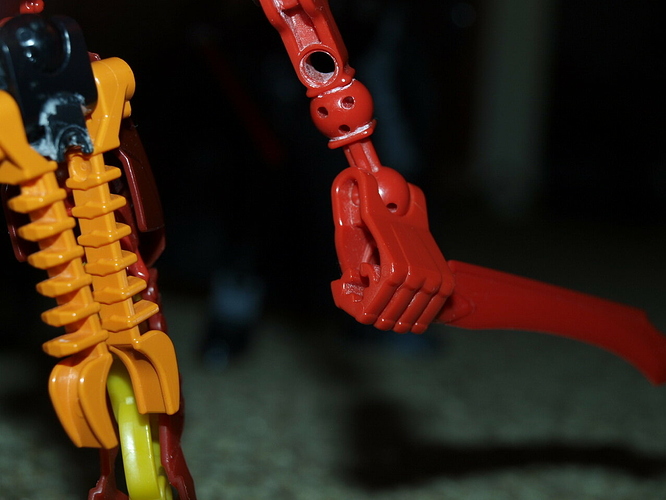 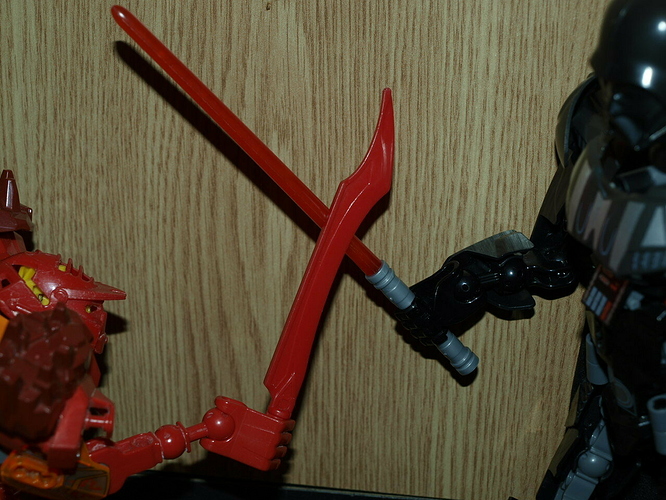 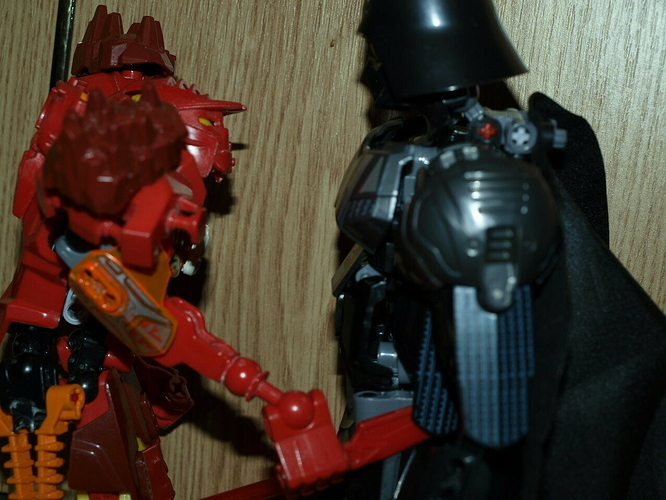 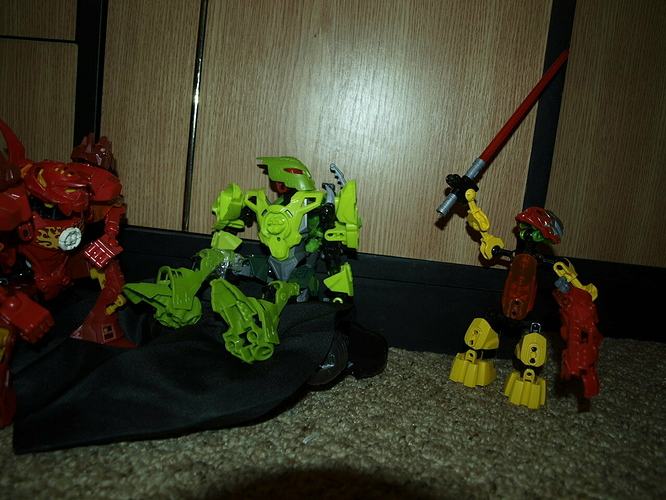 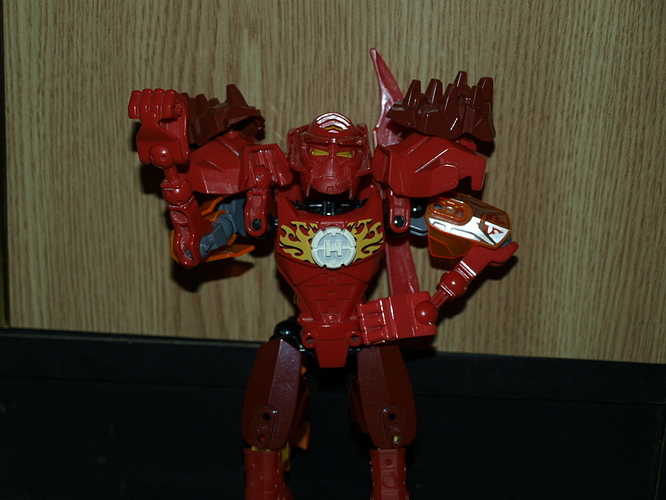 How many parts did you use that are from knockoffs?

Just letting you know Iv’e done your art request, It looks very different, but I did the best I could, Nice moc too!

Is he meant to be a hero factory character? if not, you might want to take the big ‘H’ off his chest, it doesn’t really go with the rest of the moc, so there’s not much point having it unless he’s from the factory,
He could also do with armour on the lower arms.

Eh doesn’t look very good, the shoulder connection points are clearly visible without the chest plate, and the rock add ons on them look bad.
The lower legs should be changed since they have a built in knees so they look a bit odd.
The lower arms being un armored really looks bad.
And as Rockho said theres quite a few bootleg parts here.

Neat, but I would change his lower legs to something a bit straighter.

Hi guys.
I decided to completely reboot my universe and, together with others, remake Vladin. I initially wanted to make a whole topic in which I ask y’all how I could remake Vladin, but then I thought that that might not be such a bright idea.
So I decided to revive this old topic. So, how do you think I could remake/fix my self moc?

I’d recommend overhauling the color scheme a bit. Having him be bright red with small accents of maroon and yellow just feels very samey. While increasing the usage of secondary colors might help, I’d recommend replacing either the yellow or the maroon with something a bit more distinct. A cool or neutral shade might be nice.

However, some things that I personally wouldn’t mind seeing back are the helmet and shoulder pauldrons. The helmet works fine, assuming you’re planning on keeping some red in the color scheme, and I like the shaping that the shoulder armor provides.

I think working on branching out from Furno’s Breakout design may help. It looks pretty good but maybe some experimental tweaking may improve it.

@Toa_Vladin okay so from what I have gathered from your images, there is a lot to improve on him.
So my first thoughts were make him bigger because his shoulder pieces…I don’t feel them they are too big for him. But then I thought maybe Vladin’s self moc is supposed to resemble also how he looks in real life, well you can get rid of the shoulders and give him something slick.
You said you weren’t that experienced with moccing well some years passed so I guess, you are now experienced enough to build a custom torso?
Also his legs, you can change his legs, from top to bottom, you can get rid of the furno legs and give him ccbs or custom build legs.
You could also re do his entire arm design, you can give him custom hands if you want to and make them look armored 'cause as of now he has skinny forearms which is not good.
Also if you have another chest piece then get rid of that furno one, I don’t know if it is intentional or not but he looks like Furno to me with some armor attached to him, you can stick with the mask but you need to make him more unique.
What I suggest more than anything is an entire new design for Vladin, from top to bottom.

well @Toa_Vladin, if I were you I would try to make him more look like a Toa form Okoto

and that’s all I can think if right now