Yeah. I made that decision so that you wouldn’t be the only player character in this area. 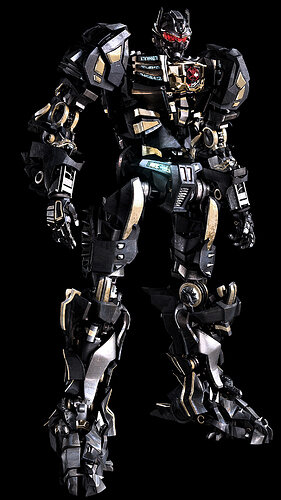 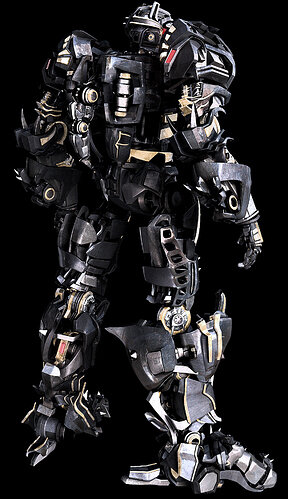 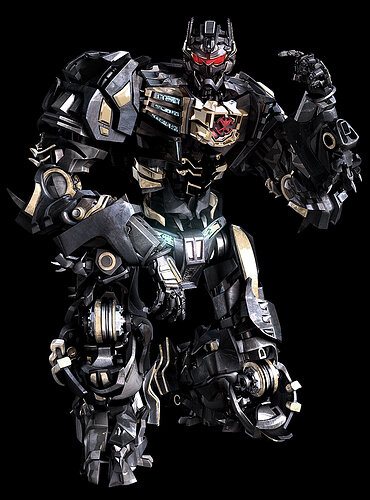 Alt-Mode: His Alt-Mode resembles that of a Tyrannosaurus Rex that stands little over thirty feet tall.

[details=Sword of Acredash] Hydro Rex acquired this Sword from his exploration after the Great War of Cybertron on a Knight’s Ship that was lost through time. It’s somewhat of a broadsword, so it can be used to block attacks and it is a formidable weapon in its own right, especially in someone’s hands like Hydro’s.
http://board.ttvchannel.com/uploads/db5640/optimized/3X/4/0/40479c9156b91cfbf600017361a42a46a729db39_1_368x500.jpg[/details] 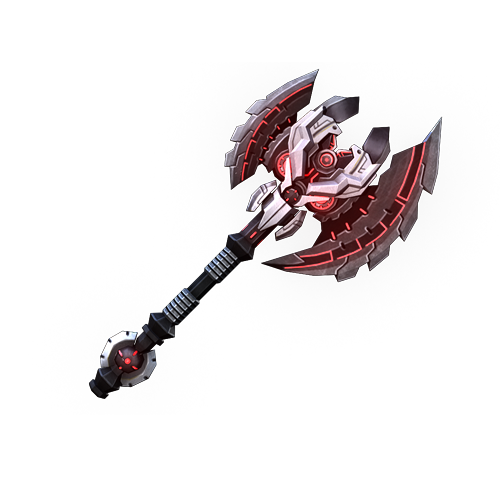 [details=The Last Word and Thorn]The Last Word and Thorn: These two Hand-Cannons are as old as Hydro Rex, for he had them from the very beginning and he always used them as his primary firearm weaponry. They are infused within his Cybertronian Biology and they materialize on his hips and he can use them, he also stated that they are pretty much a part of himself, so there is that connection between his weapon and himself. The Last Word has bolt action, whenever he fires he pulls the bolt back every time and his Thorn can fire plasma blasts at a fast rate.

Force Field: Hydro Rex can create a shield around him, which as a force field if he has great concentration. How he can create such a force field is because of is Magnetic Abilities as he uses Magnetism and surrounds himself with it, thus creating a field formed of magnetic energy. However, while they are quite the heavy takers, his force fields do have limits as to how much punishment it can take and if he wants to make it stronger or last longer he has to concentrate longer, thus enabling him his multitasking futile.

Hydro Rex is trained in hand-to-hand combat, as well as in swordsmanship and axemanship. While he is no Hammer, who is arguably one of Cybertron’s best martial artists, he can get on his own somehow and just fine. Though he isn’t an expert, his strength from being a Dinobot more than makes up for it, as he has challenged before Bots that were stronger than any other ordinary Cybertronian or Bot alike and in his Dino-Mode, Hydro Rex can breathe fire and the longer it lasts, the temperature increases.

Last but certainly not least, Hydro Rex can use his Magnetism and make himself levitate off the ground and fly around. Though it is not because he is manipulating his sentient metal, it is because of the weapons he has on him that allow him to levitate. And should those weapons ever be removed, he can use any other metal to put on himself or create a board that allows him to fly continuously.

Personality: Hydro Rex can be quite cruel and vengeful sometimes. Though the only reason why he holds back is because of his friendship with Hammer. Who has managed to bring the fellow Dinobot into a more positive style of life. He can be quite the remarking or joke cracker while maintaining a sense of hip-hop style to him he has adopted from visiting earth on his journeys.

Bio: Hydro Rex is also an Old War Hero from Cybertron’s Great Civil War Era. It was the time where Hydro Rex met and befriended himself with Hammer. And so through their journeys became quite the close friends and arguably, brothers-in-arms.

But after the War ended, Hydro didn’t have much interest to live on Cybertron anymore but also wanted to take a route of being a solo bot. Hence why Hydro Rex wasn’t with Hammer during their own adventures, but he found some interesting things throughout the Galaxy and he surely has some tales to tell about it.

But when he came back to Cybertron out of boredom, he quickly realized that Cybertron was under the influence of the Vex but like all others, got captured by them and now is in the Arena, fighting for their own amusement. Hydro wants to set everyone free and even though he shouldn’t, he is kind of glad Hammer is there with him. Because together, they make a helluva team, and once they get their mindset ready, practically nothing can stop the two.

Found you some more battle music. This one is one of the best, (Though the level-up battle music is fantastic as well)

This is pretty good! I’ll be sure to use it sometime in the future.

This is pretty good!

Yeah, Fossil fighters had fantastic music. Unfortunately all the best music was relegated to tutorials and one-shot battles.

As awesome as this sounds, I feel the symphonic metal tracks I use have more weight to them. This sounds fricken amazing, but instruments play a big role in the tone and impact of a song.

Fair enough. Just my two cents. I’ll just wait for someone to do a cover. I mean, it is written for the DS, which didn’t have the best sound card around.

@MaximusPrimal would it be okay if Hydro Rex had like a caset of classical songs he liked when he traversed and explored earth for a bit before going back to Cybertron?

would it be okay if Hydro Rex had like a caset of classical songs he liked when he traversed and explored earth for a bit before going back to Cybertron?

Yeah. Tier 3 is the default for new characters. With Hammer being the onle exception.

Oh cool! Expect some classics from him then lol.

Yeah. Tier 3 is the default for new characters. With Hammer being the onle exception.

Alright, just wanting to check out.

Anybody have any ideas for activities to do in the commons? I relaize that milling around and talking doesn’t make for the most engaging gameplay, so I want suggestions for what you guys could do during downtime between battles.

Alright everybody! Got some updates to the Colosseum layout. Two new locations to give the PCs more to do when not fighting.

First is the training ring. A large open room with provided moc weapons, made for the purpose of training and sharpening your skills. There’s one training room to be shared between all tiers. Each commons has a hallway that leads directly from there to the training center.

Second is the Community Forgery. Or better known by some as it’s cheeky nickname, the Violencitorium. In need a new weapon and you can’t find one on the weapons rack that’s not just right? Then you can make your own. Here the tools and materials to cast, forge, and build your own custom melee weapons are provided on mass. Giving you the ability to make just about any melee weapon you can think of. (Without any kinds of abilities or powers. These things are just made out of metal, save for the handles) This again is a community location, shared by all tiers.

If it’s shared by all three, I guess that means you’ll have to make some more tier 1 fighters besides Grimlock.

Tier 1 is seperate from Grimlock. And I’ve already come up with a few tier 1 members.

While the elites and Grimlock have access to these locations, they don’t use them by choice. Both because they’re condident enough in their abilities that they don’t feel like training, and because they all have their own personal weapons they maintain themselves.

Except for Grimlock, who prefers not to use weapons in the first place.

Guys…when you see a long post…don’t get scared…it’s just a monolog vs monolog I made between Hammer and Hydro Rex while they are spectating the battle.

@MaximusPrimal I have a question, are the characters of this story fighting against each other to the death? Or till they surrender or are knocked out cold?