Transformers: Twilight of the Golden Age

For twenty million years, the society of the mechanical beings known as Cybertronians has been that of a utopia. The terrible civil war between the Autobots and Decepticons is not even a distant memory, living only in the historical records. In their secluded section of the galaxy, bordering the known and unknown, the Cybertronian race has established a small number of prosperous colonies valuing peace and freedom. It is viewed by the few organic races that still know of the Cybertronians as a bright, shining jewel in the endless dark of the void; the pinnacle of civilization. You, dear player, are a citizen of this grand republic. Evils from a time long past threaten to bring an end to this golden age, and it falls upon you to stand against the rising darkness. Rules: No killing or…

Deep in the infinite black, at the precipice of uncharted space, lies the planet Cybertron. The existence of this mechanical world and it’s unique robotic inhabitants were known to but a small few races in the cosmos, and only in the form of old stories that had long since been distorted into myths over countless generations, at that. But there was a time, in an age long ago, when the Cybertronians held a much greater presence in the galaxy.

They first came in great ships, spreading out from their homeworld to seek new worlds on which their expanding population could thrive. In a flash of light, they could turn the planets they found suitable for their needs into metal. Many feared the Cybertronians for this power, worried that they intended to burn away all organic life to make way for their own. These fears were quickly assuaged, however, as the mechanoids extended the hand of friendship, sharing their advanced technologies and using their mighty weapons to defend otherwise helpless races form conquerors like the five-faced Quintessons.

Then the Cybertronians turned their weapons on themselves, burning the colonies they had created from orbit with their own warships. Whether they were fighting a civil war or were culling their numbers to solve a population crisis would never be known, but he conflict was brief. The Cybertronians soon healed their wounds, rebuilt their cities and resumed their role as shepherds for the less-advanced races of the galaxy, though they never quite regained their full power and majesty. Nonetheless, the Cybertronian species was still looked upon as a model which all societies strove to emulate.

They people of Cybertron once again turned against one another, in a war many times more devastating than the one before it. One side sought to subjugate the “lesser” organic species, believing themselves to be their destined masters. The other fought to oppose them, believing freedom to be the right of all sentient beings. Like a plague, their battles spread out from their republic and infected the whole of the galaxy. Entire races were lost in the crossfire, and others suffered lasting damage to their civilizations that many still have yet to recover from.

The victory of the armies of liberty was bittersweet, for in their fierce battle they had devastated the galaxy they had fought to protect from oppression. The people who had once seen the Cybertronians as protectors now scorned and shunned them as the cause for all their woes. The Cybertronians helped to mend what they could, then retreated into what remained of their secluded republic, cutting themselves off from the rest of the galaxy in a vow to never again bring it’s people anguish.

Twenty million years have passed since, with nothing being heard from the people of Cybertron; they either continued their war and destroyed themselves, or they have made good on the promise they made so long ago. Once renowned and respected across the stars, the Cybertronians have become little more than a tale whispered around the fire. Their current status is unknown, but many stories are told in hushed tones within taverns and spaceports across the galaxy: stories of a small collection of gleaming metal worlds; covered in majestic cities of monolithic, golden towers inhabited by mechanoids who cherish peace, freedom, and the innate benevolence of sentient life…

The sun was just beginning to rise over the great city of Iacon, bathing the Cybertronian capitol’s many levels and massive, elegant buildings in it’s orange morning light. Hecate, the Seething Moon, could be seen setting in the west, it’s swath of glowing blue hot spots illuminating it’s titian surface. Transformers of every kind, hailing from every world in the Commonwealth, roamed the streets. Today marked the anniversary of the Decepticons’ defeat and the subsequent end of the Great War, and it was tradition throughout Cybertronian space to travel to Iacon to celebrate. The day was just beginning, and there was no telling what it held in store…

The proceedings in Iacon were being broadcast on the datanet, but many Velocitronians were headed to the nearest Space Bridge to attend the celebrations in person.

Brakeline steps out of the space bridge and into Iacon. Her gaze can’t help but slide upwards, tracing the megacity’s skyline. It had been a long time since she stepped foot on Cybertron. Good to be back.

Stoneflow landed in the landing bay and fumbled through his rusted compartments to pull his papers This is why I hate going back. Security is so tight. I always have to pull my documents and license every time.

Stoneflow hands them some laminated papers. (I mean they should exist right? This is a robotic race.)

One of the officials gives the papers a curious glance as the other reads over them. A half-minute earlier, he returns them to Stoneflow.

“Everything seems in order,” he informs the Junkion. “Enjoy your stay on Cybertron, sir.”

He smiles “You too, Sir.” I should get my paint redone but I’m kinda lazy. I look like a slob or a bum

The guards depart to inspect other arriving offworlders, leaving Stoneflow to continue about his business.

Ironcast steps through the swirling mass of the Space Bridge, smiling softly at the majestic sight of the capitol. Today he could relax… or try to, anyway. You don’t have to think about shells for an entire day, just enjoy yourself for a while.

Transformers of every size, shape, and alt-mode traversed Iacon this morning, conversing, doing business, and admiring the many monuments honoring the heroes of Cybertronian lore and history.

Ironcast starts to steadily weave through the crowd, stopping to admire monuments and read plaques, an almost clockwork routine, having come every year (or perhaps I should say stellar cycle) for most of his life. It’s a beautiful morning today, certainly: the turnout today is incredible. I suppose I shouldn’t be surprised, but it’s still rather crazy to see the whole Commonwealth lodged into one city, gleaming megacity or not…

Each of the Thirteen had a statue dedicated to them save for Liege Maximo, as people who brought about the near-downfall of society rarely received such honors. The original Knights of Cybertron had a singular monument situated near the Grand Museum of Cybertronian History, and there were many statues commemorating famous Autobots who had committed noteworthy acts of valor in the Great War. Each of these memorials, and many more, were surrounded by a small gathering of sightseers.

A small ship just entered in Cybertron’s atmosphere. Dicius was aboard, driving it, while he was talking with his wife, Hecate, on a screen.
D: “Aaaand done! I’m here!”
He looked on a window at the many Cybertronian comming via the space bridges.
D: “You sure you don’t want to come, honey? It is beautiful here!”
H: “Nah, I am hood. I need to finish a statue. Enjoy your free day! Have fun!”
“Love ya!”
“I love you too!”
Dicius turned off the screen, while he was landing in a landing bay. He left the ship, happy, heading towards an officer to pay the landing spot.

Warya was walking on a street, looking at the newcomers.

Ironcast stands before a statue commemorating Optimus Prime, whom strangely, on occasion, he’s been told he bears a resemblance to.

Stoneflow quietly slips into a crowd. I could fly… But flying is for losers anyway.

I don’t know what they’re on about… I look nothing like him!
He frowns, studying the statue recreation of the long-passed war-hero, and member of the 13. He’d never quite made sense of that one.

The statue depicted Optimus standing proudly upon a silver pedestal hewn to resemble jagged stone, holding the Matrix of Leadership out towards the sky. A pale-blue light shone from the center of the faux-Matrix, and the sigil of the thirteenth Prime was emblazoned upon the pedestal. 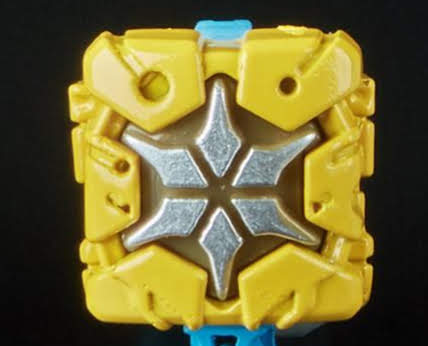 @Toa_Vladin the officer accepted the pay.

Haliaetus was looking at the statue, he sighs, shame we lost, Megatron is easier to look at he thought