Roadblock pulled back their hand, covered in cuts and scratches from the kindred’s. “Sweet Cybertron!” They shouted out in pain. Then the parade passed by. The booming music and loud marching momentarily distracted the gestalt, leaving them open for attack.

Caus let out a shriek, before transforming into his alt form- “Well, you are blessed to have received such gifts,” Defender says. “If it weren’t for you and your kin, we would be nothing, a meee blip on the radar. It the efforts of the Primes that have brought such glory upon our lands.”
He stopped, suddenly embarrassed by his outburst of praise.

“Aw, you’re too much.” Solus said in cheeky appreciation. “Though we can’t take all the credit. At least I don’t think we should. Prima and Liege might say otherwise. But all we did was defeat Unicron and convince dad to make more people. It’s common bots like you that really built Cybertron up to what it is today.”

The gestalt stood their ground, raising their arms in front of their chest and using the mixing drum halves as shields.

Defender would notice this Junkion was wearing a heavily modified set of a sword and shield bearing Knight iconography.

Coppeweb takes notice of this as well, as he stands quietly by while Backblast and Defender continue to speak with Solus Prime. He winces slightly, fearing that his earlier remarks may have caused unintentional offense.

“I would ask the secret behind this excess but I’d probably blow a circuit trying to understand.” Backblast says.

“You weren’t part of the planning for this demonstration, then?” Coppeweb asks.

“Demonstration of what?” Backblast asks, “the parade?”

@ProfSrlojohn as Long-Hoe walked through the streets, he would see run into a familiar face. A tall and lanky grey bot with two large treads coming up from his back and long artillery cannons hanging down from his shoulders, as well as a lot of other bulk and armor attached to his back.

“Doc? Hey! Dr. Long-Hoe! Good to see ya! I’m surprised you’d be out in a big festival like this.”

“Demonstration of what?” Backblast asks, “the parade?”

“Yeah,” Coppeweb clarifies, nodding over toward the nearest platoon of Knights marching by. “Do the rank-and-file not have much input in planning these shows?”

The gestalt stood their ground, raising their arms in front of their chest and using the mixing drum halves as shields.

Bulwark leans forward, his hands gripping whatever railing might exist around the pit in which Caus and Roadblock fight. He raises his fist and cheers as the two combatants crash into each other.

Quickly, he silences his vocal unit and takes a step back. He looks around to make sure that none of the other onlookers around him had taken particular notice of his embarrassing display.

“I didn’t get far past basic training; said I was too wild and unruly.” Backblast says.

“Oh!” Coppeweb cries, hiding his embarrassment. “My apologies- I saw the markings on your weapons and I assumed that you were a Knight. I guess I wasn’t entirely wrong, though…”

“Yeah,I’m more an artificer than a knight but I still went and did the training because it does come in handy.” Backblast says.

“Nice!” Defender exclaims. “I’ve heard of such skills, though I don’t often meet anyone who can use them.”
He looks with interest at Backblast’s armor.
“Do you happen to know how to improve this?”
He asks, unslinging his railgun. “It’s a little slow to recharge, and is rather large for places like this.”

“Hmmm,” Backblast extends his hand to get a better look, “but, technically, I am both a Knight and Artificer; think of it as me minoring as a Knight and being an Artificer is my major.” He says to Coppeweb.

think of it as me minoring as a Knight and being an Artificer is my major.” He says to Coppeweb.

“You can do that?” Coppeweb says. He ponders this possibility, tapping a finger against his narrow chin.

“Well, that sure gets some gears turning up in the ol’ brain module…”

When Updraft arrived, she would see what looked like a knight of Cybertron facing off against a massive and terrible organic beast. It had vast tattered wings and a long neck and tail. The both of them were surrounded by all manner of gold and jewels. The beast reared its head and breathed a wave of fire at the knight. The knight raised his shield to defend himself. The flames rushed past him, though harmlessly washed over the small audience Liege had gathered. They shouted in surprise, but laughed in excitement as they realized the flames had no effect.

“Ah, here we are.” Updraft said to herself as the Scholar approached the storytelling Prime. Liege Maximo was busy using his illusory abilities to spin a thrilling tale of adventure, or at least that’s what it seemed like to Updraft. A knight locked in combat a dragon-like beast! How exciting! Updraft thought, then quietly walked in and sat down among the audience of bots enraptured by the enchanting visual narrative.

Stormwind meanwhile was still winging his way through the Cybertronian sky, his rotors spinning as he thought. Maybe I can find some entertainment in the fighting rings. Glancing downwards, the Knight found that his commander Prima was busy holding his annual military parade - it was so loud and grandiose Stormwind could almost here it even at this altitude. Internally smiling, and soaring down towards Genesis, the silver-armored Transformer descended and made a landing. Stormwind then journeyed until he reached the combat rings, where he looked around, searching for whoever was running this thing or at the very least a worthy opponent.

Hours past and the vibrant blue sky had faded into the orange tinged purple glow of twilight. Most of the celebration had calmed down by now. The parade had reached its end. Shop keepers began packing up their stalls and putting away their wares. The fighting rings had been closed down. Alchemist’s bar was still crowded with patrons, though it wasn’t nearly as loud or rowdy as it was earlier in the day. The Primes, most of them anyway, had gathered at the Allspark Temple. This was the only time out of the entire year all 12 of them were able to spend time together. Though Megatronus was still yet to make an appearance. 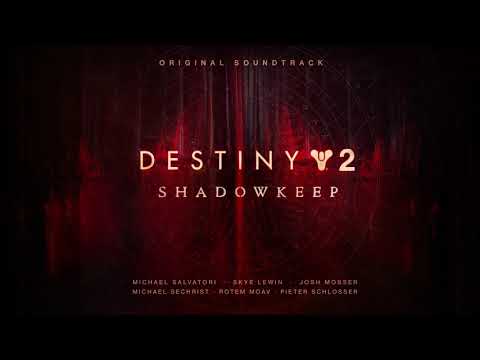 The peace and quiet of the early evening was not to last however. A thunderous explosion could be heard from the Hall of Records. Fire spread across the open grounds in front of the massive library. And from the flames three mysterious figures appeared, seemingly from thin air. All three of them had black and jagged armor, and they all had vibrantly glowing purple optics. Though each one varied wildly in shape in size.

The largest one was a vast beast of man. Sharp tusks protruded from his gigantic underbite, and massive claws extended from his hands. His black armor had a secondary color of brown-ish green. He bellowed a horrible roar of dominance into the evening sky.

The middle sized one big and rotund, with a great big round belly. He had a twisted manic grin and cackled wildly as energy crackled at his fingertips. His secondary color was red.

The third bot was rather small and unassuming by comparison, with armor accented in dark pink. If it weren’t for her compatriots, one likely wouldn’t have given her a second look. She had a stern expression, and only wielded a small handgun.

Civilians quickly ran screaming in blind panic. Despite their abrupt and destructive entrance, the trio made no effort to chase them. Standing their ground in front of the entrance

“Aww. Where are you running? I was just starting to have fun!” Whined the red maniac.

“Disappointing. It’s been so long since the last time I had a proper hunt. How it burns me to be stuck in place, chained like a pet.” Snarled the savage beast.

“Would both of you shut up! The sooner we get out of here the better.” Snapped the small pink one.

The maniac scoffed. “Says you.”

Defender looks up in surprise, hearing another massive explosion.
“Hey Coppeweb, it sounds like someone’s trying to copy that hammer of yours!”
He turns, heading in the direction of the explosion.
“All Knights, come with me! We must defend against this threat, if it’s another power hammer!”

Civilians quickly ran screaming in blind panic. Despite their abrupt and destructive entrance, the trio made no effort to chase them. Standing their ground in front of the entrance

“Aww. Where are you running? I was just starting to have fun!” Whined the red maniac.

“Disappointing. It’s been so long since the last time I had a proper hunt. How it burns me to be stuck in place, chained like a pet.” Snarled the savage beast.

“Would both of you shut up! The sooner we get out of here the better.” Snapped the small pink one.

The maniac scoffed. “Says you.”

What’s that?
An explosion ripped through the evening air, and Stormwind whirled around, his optics scanning for the source of this sudden disruption. After some searching, they fell upon the Hall of Records in the distance, the enormous archives set aflame. He narrowed his optics. This can’t be anything good, Stormwind thought as he checked his repeater lasers and blades. Evidently their condition was satisfactory, as the silver-armored Knight transformed and took to the air. After all, it was his duty to act, and he soared towards the ancient library, rotors spinning faster and faster until they were two silvery blurs. Well here’s a worthy opponent.

Updraft jumped a bit in surprise as the sound of the explosion tore across the city. Her lime green optics widened in surprise and horror as the Scholar took in that the Hall of Records is on fire!!
She let out a shriek before stumbling back unsteadily, gripping her staff tighter, momentarily unsure of what to do. However, this bit of confusion didn’t last long, Updraft’s pride for her job and the Hall quickly overriding her somewhat timid nature, and a determined expression soon dominated her face. Transforming into her helicopter alternate mode, reasoning that she could get there faster in that form, Updraft ascended swiftly and flew off to the burning Hall of Records.

Defender skids through the streets in his haste, leaving several burnt patches on the ground from his feet sliding on the pavement. Catching himself with his railgun, he starts off at a slightly slower pace. Rounding a corner, he catches sight of the fire’s glow.
Arson?! Those fools had better be prepared, he thinks, rage filling his mind. As he gets nearer to the Hall of Records, he deploys his battle mask, which hides his face behind thick black armor, and a black transparent visor. Behind it, his optics narrow as he brings his railgun to a ready position, squinting through the scope as he reaches the square outside the entrance.