What you once thought about BIONICLE...

What were some things you thought about BIONICLE that were later proven otherwise after you gained more knowledge?

I have several stories along this vein, mostly because I was a child who knew nothing about the story yet.

For example, I thought the Bohrok were friendly. How, then, did I explain that the Toa Mata were fighting the Bohrok in the art from the instruction book? Well, I don’t see those golden masks anywhere else in the art; obviously the golden masks are making them evil!

I remember one time I tried to read island of doom, at this point I was barely familiar with any pre 2009 bionicle lore, and was pretty young, I knew some stuff about metru nui but that was about it.
anyway, remember that one bit where dalu used her powers to amplify one of (I don’t remember which one, might have been vezok?) the piraka’s hearing?
yeah, when I read it I thought that was happening to nokama.

I thought Icarax was a cooler, upgraded version of Teridax

I thought that Rahkshi was the proper term for Rahi, and Rahi was just a contraction of the word.

A large number of things. My family didn’t get the Lego Magazine until mid to late 2008 because we were only aware of the Brickmaster version and that required money. Yes, my siblings and I somehow ignored all the advertising of the free version. Probably shouldn’t have relied on my cousin for that info, but oh well. So the only comics I read where from the last two years and whatever was uploaded to Bionicle.com, which was incomplete.

I had a couple of the books, but didn’t know if there were more or where to get more. Parents weren’t all that willing to make exploration trips either. I had seen all the films, commercials, and various stuff on the website, but outside of set and character descriptions and whatever was also on BionicleStory.com, I relied on Wikipedia.

And oh boy, did that lead to many misconceptions. For me personally, the worst of the bunch involved Tren Krom. I thought he was a Great Being. I knew he was created by the Great Beings and thought they just created an artificial version of themselves…Er, well, still fleshy, but you get my point. An unnatural, lab created version. I used this “fact” when creating my entry for the “Who Am I?” contest, one of many reasons I most certainly didn’t win.

(I don’t remember which one, might have been vezok?) the piraka’s hearing?

I believe it was Avak

I used to think that matoro became mata nui.
Like’09 mata nui was matoro with wiped memories. 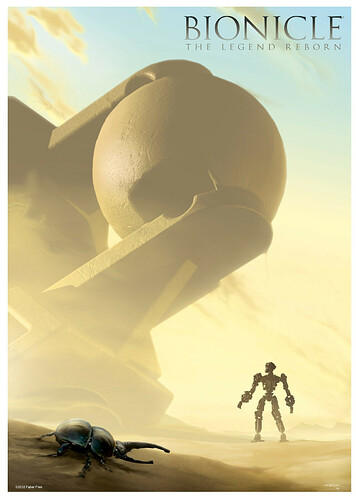 I remember when the Phantoka were first revealed, I thought Antroz, Chirox and Vampra were Toa that turned evil.
When I found out they were the Toa Nuva, I thought they were doing another prequel arc.

The first time I have seen posters for 2009, I thought the story moved several thousands years forward and was set after GSR Makuta has been defeated and new story was set in a post-apocalyptic world.
I wasn’t that far off, just the order of events…

Of course things were cleared when te year officially launched.

The Truth is Out There

I used to think bringing back BIONICLE was a good thing. Now I think it needs to be laid to rest peacefully.

No one’s forcing you to stay.